Toyota dominated this year’s World Rally Championship and hopes some of this success will spread into its sophisticated city car, the Yaris.

It launched the Yaris GR Sport about 12 months ago and my test drive really took me back, more than a year, to a time when hot-hatchbacks were all the rage and any car which had a rally or racing pedigree was guaranteed to be a winner on a Monday after a competition on Sunday. 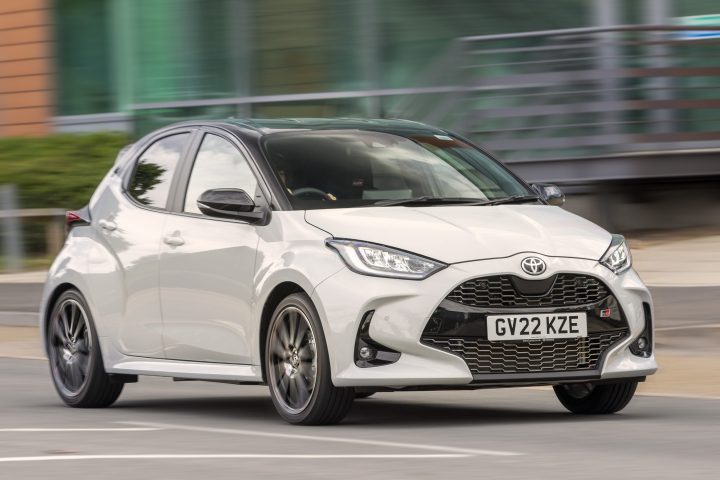 But of course, times change and you can no longer just rely on performance per pound to pull in the punters, you have to deliver something different.

The harder edge to this Yaris does not mean a driver has to suffer in silence because it also gets a useful package of smartphone/ integrated music, multi-media with eight-inch screen, a host of safety features with many airbags, with LED lights front and back.

The test car also had the £915 optional two-tone paint with a black roof section over the grey painted bodywork. 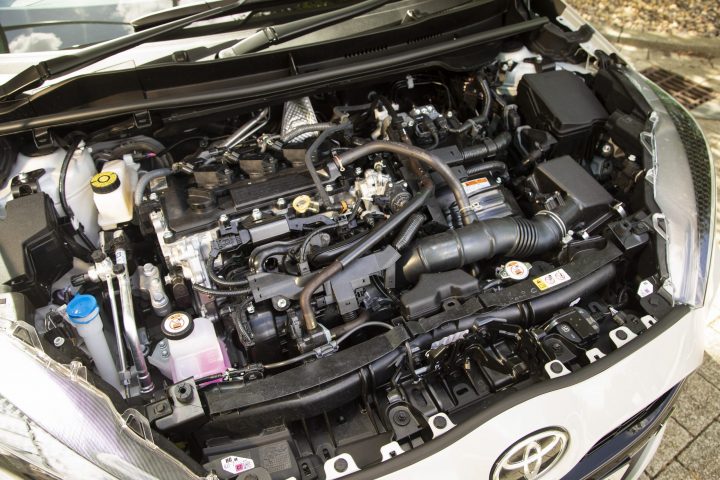 The Yaris GR Sport’s 1.5 litre engine would not disgrace a hot hatchback from the  1970s or 1980s but it would leave it standing for its economy, low emissions and general refinement, which are all very good in today’s package.

The triple-cylinder motor is very refined and smooth, and you’d never think it wasn’t a four-cylinder unit unless you expected a lot of flexibility and minimum gear-changing.

It needs to be driven, to be exploited, to bring out its best feature and that 114bhp is really enjoyable and very smooth, mostly quiet until you hit high revs. and was always unbelievably economical. 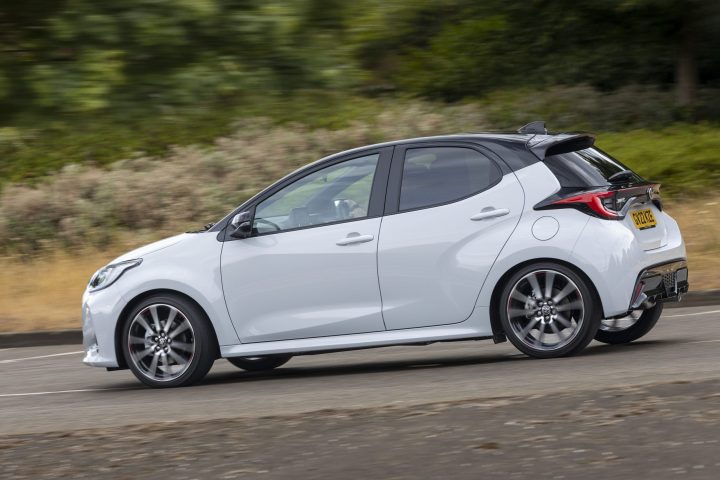 We checked the consumption a few times and it always indicated the low 60mpg mark overall.

It can also be driven with a lot of restraint and then the refinement really kicks in and you can enjoy the sound system, connectivity and controls. Everything comes to hand very sensibly, the secondary controls have a satisfying squeeze action, the gear lever was short and direct, the brakes very powerful and balanced while the steering imparted excellent input and feedback. 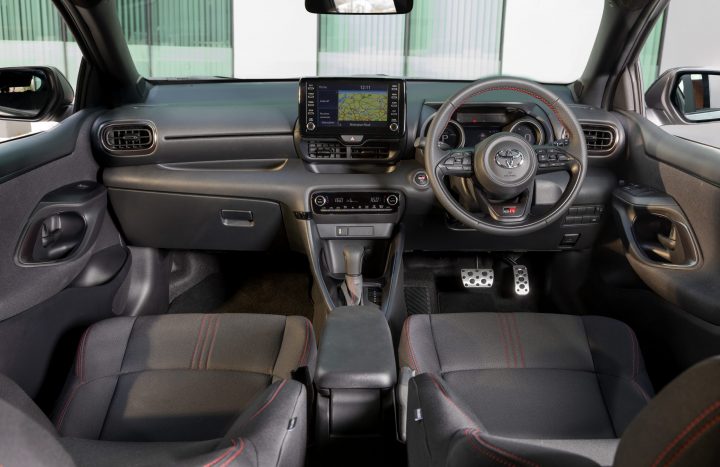 Heating and ventilation only had a modest job to do in the small cabin and it was highly effective backed up by powered front windows. Oddments space was a bit short throughout and the boot capacity would take only a couple of weekend bags without  having to drop the rear seatback and that was not an even floor.

Room infront was good so long as you were not over six feet and then the adjustment range might be challenging. Access to the back was a bit of a wiggle with a small opening to the rear doors and once inside the legroom was tight for anyone over average height (below) and best left to children. 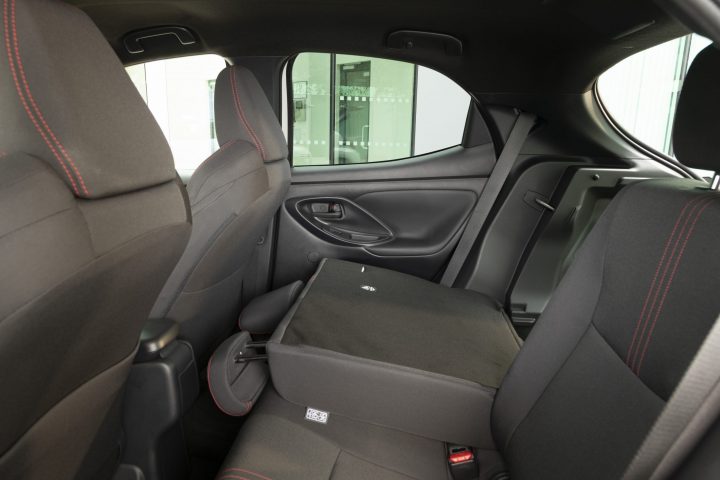 The seats were of the usual very high Toyota quality, deep and supporting throughout, but they struggled to absorb bad bumps which bypassed the stiffer sports suspension abilities.

Roadholding was excellent with control of the system to reduce wheel-lift and body roll while keeping the driver firmly in control through twisting turns. There were no bad habits evident. 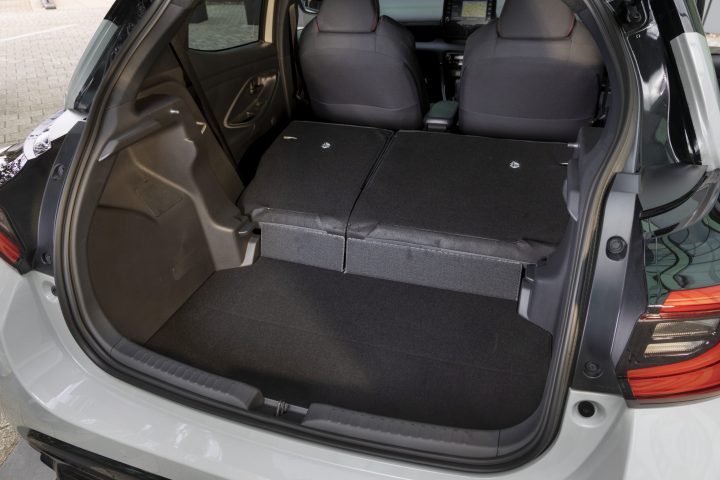 The poorer surfaces did generate quite a bit of noise under the 18-inch tyres and the extended engine note added to this but thankfully other mechanical and wind noises were very low.

The Toyota Yaris GR Sport harks back maybe 30 years but it is also a modern fun hatchback for today’s roads. 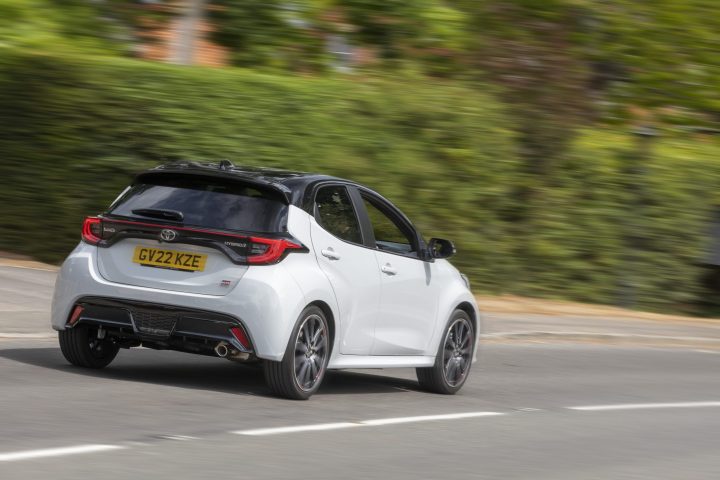