The World Rally Championship is all about clipping seconds off your competitors, but the Toyota GR Yaris took years off me.

Built to permit the company to take part in motor-sport’s toughest rally series and winning in 2018, the GR Yaris is probably the closest a driver will come to sitting in one of the actual WRC cars. 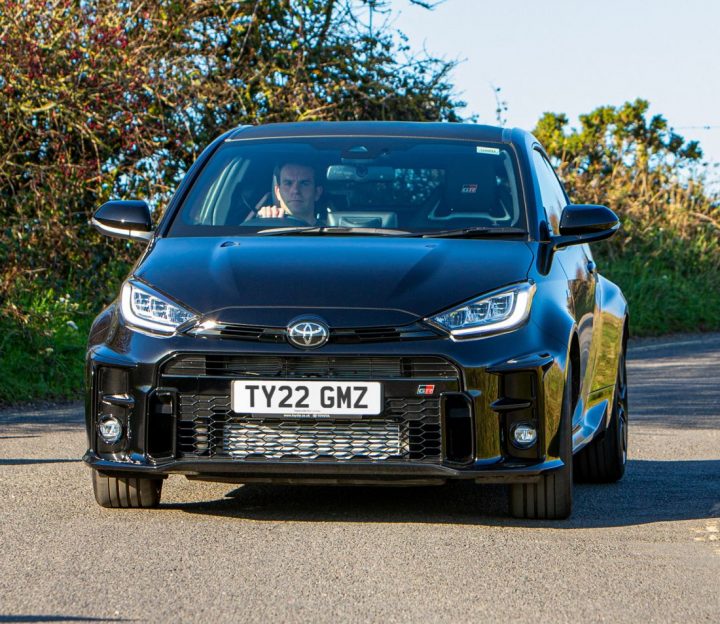 For those of a certain age, or older, the GR Yaris rekindles the racy hot hatchbacks of the 70s and 80s, but with a lot more refinement and a bigger safety margin despite a lot more power to boot. Literally.

Toyota worked very closely with Tommi Mäkinen Racing team who prepare their competition cars and created the world’s most powerful triple pot engine and the most compact 1.6 litre available. 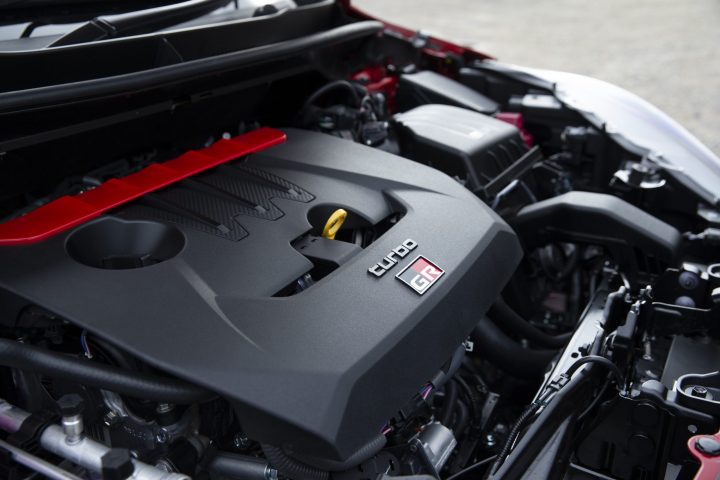 Bolted onto a sports orientated six-speed manual gearbox with flick of wrist change action and permanent four-wheel-drive through front and rear Torsen differentials, it puts down 257bhp and 360Nm torque with Michelin Pilot Sport 4S in the Circuit Pack on our roadtest model.

This is the ultimate GR Yaris but you can specify an entry level model or a Convenience Pack which gives you some features but not others found or not found as the case may be in the Circuit Pack.

They share the same specially re-engineered Yaris body with a lower profile and a poly carbonate roof, aluminium bonnet, wings and third door to reduce kerbweight, while the roof’s shape directs air to the rear wing to push down the back of the car at speed and improve stability. 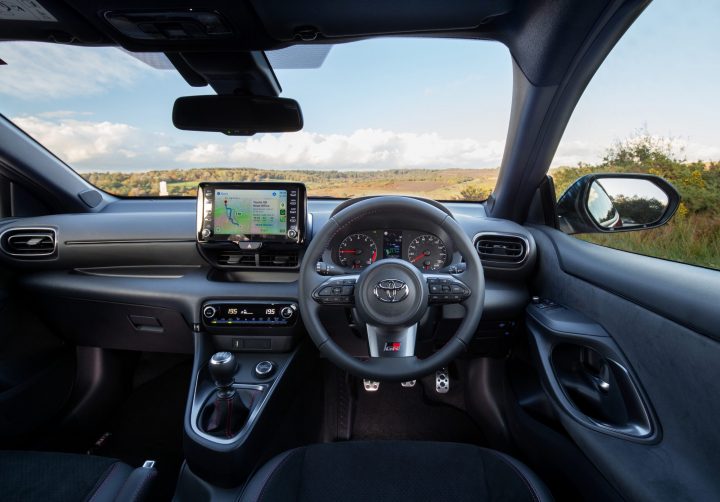 Serious Michelin 225/40ZR18 92Y tyres are the finishing touch to the powertrain to make the most of the 200.8:1 bhp/ tonne ratio and you can hone the responses with normal, sport or track modes selected from infront of the short gearstick.

They do make a difference when selected and while we did not have any wet surfaces over which to test the system I am reliably told the grip is phenomenal in such conditions.

I can believe it from the glue-like grip on dry tarmac and some very tight corners we use. Acceleration from rest or through gears was immediate and very strong, always accompanied by a deep exhaust rumble or roar. 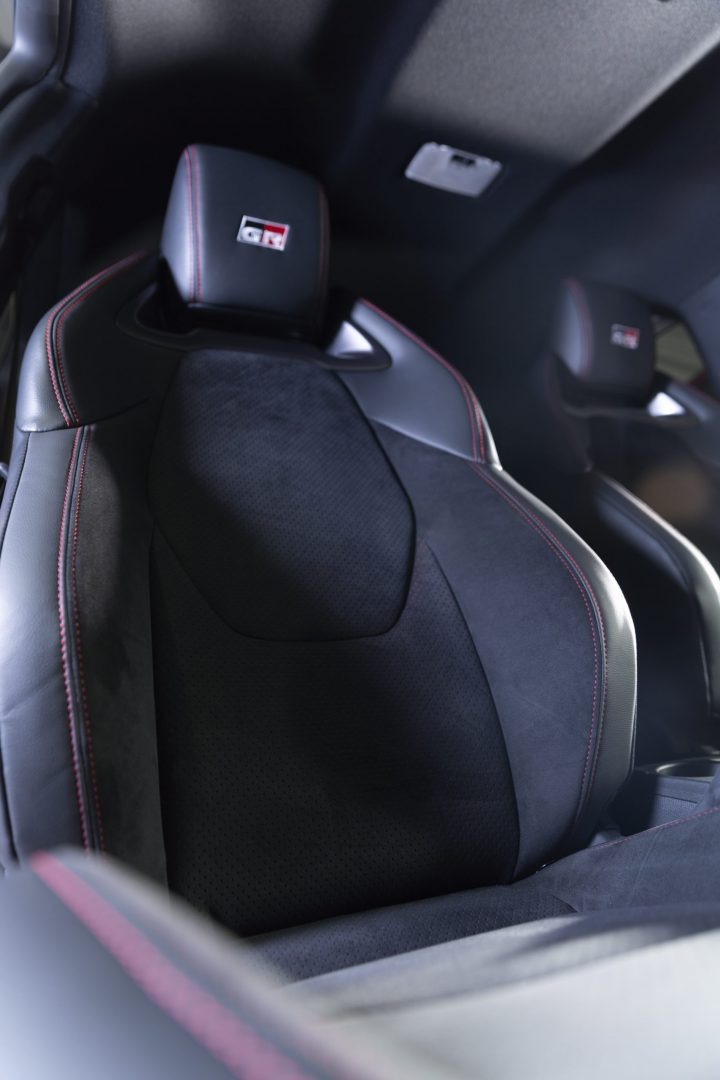 The massive front and rear disc brakes really hauled down speed or could be coaxed to a standstill in city streets without any drama while the parking brake securely held it on our regular slope.

Spring rates chosen for a powerful short wheelbase hot hatch such as the GR Yaris have to be a compromise and naturally biased towards firmness rather than finesse. But in reality the ride was reasonable on good main roads, less so on poorer surfaces and it would bump over calming cushions.

Depending on which mode was selected, the GR Yaris would crisply turn into a bend or a bit more eagerly execute a turn while always staying planted on the road. It had a near neutral attitude thanks to the 4WD underneath and it never stepped out of line or showed a tendency to slide wide. 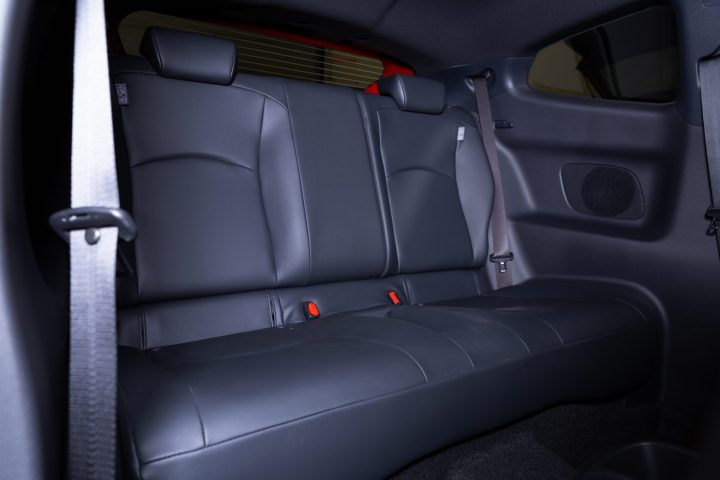 The seats infront were characteristically figure hugging and gave good support to all but the tallest users but the two rear seats were much less accommodating and legroom was short behind, adequate infront with acceptable headroom for most occupants.

Toyota has done a really good job with laying out the secondary controls. They all come close to hand on the wheel-spokes, column and central console and the eight-inch infotainment screen is reasonably clear but not as big as in some modern cars and it does not have in-built navigation but relies on mobile phone hook-up.

Dual zone auto air conditioning really worked well throughout the small cabin and there’re powered front windows, with good front wipers/ wash and very bright headlights, but no rear wiper, although the back and rear side windows were heated.

No sensors but a reversing camera was the only aid to parking and the corners of the GR Yaris were out of sight so need careful positioning.

Access was simple infront but much more of a wiggle into the back seats. Oddments provision was adequate infront but virtually nowhere existed in the back and the boot was short with a small recess beneath and offset split back seats to increase carrying capacity. 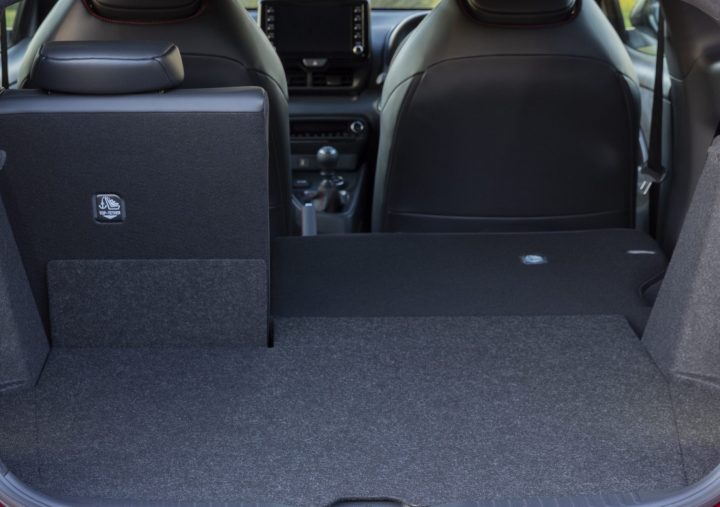 As stated, noises mostly came from the big wheels and tyres and the engine under load but gearbox, wind and other sources of noise were muted.

The term pocket-rocket really applied to the Toyota GR Yaris and its responses, stability and performance including fuel economy were most impressive.

It’s not the best equipped performance small car but it comes with one feature very rarely found on any car, a big smile on the driver’s face, confirming are not aging lines but laughter lines remembering a time long ago. 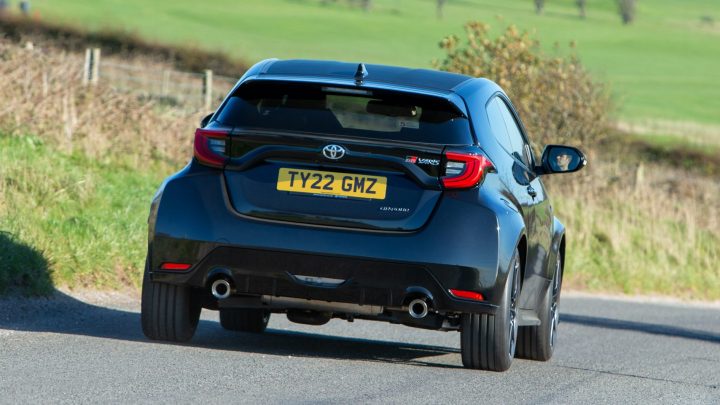