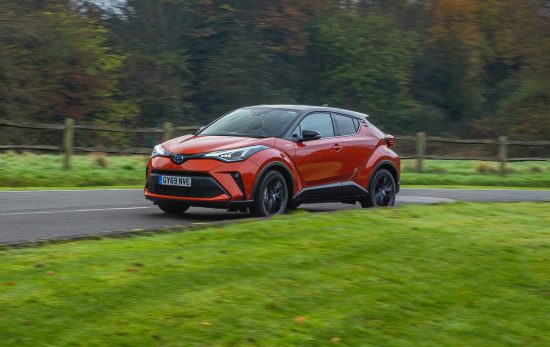 Continuous improvement is the philosophy of Toyota and few car makers have as much experience of evs, launching its Hybrid Synergy Drive in 1997, and is rolling out more models every few years, writes Robin Roberts.

The Toyota C-HR is a good example of continuous improvement, first introduced to the UK in 2018 with a 120bhp 1.8 litre petrol engine which helped it notch up over 50,000 registrations, it was joined in Spring 2020 just as the Coronavirus hit by a 182bhp 2.0 version giving enhanced performance and a revised suspension to exploit it, as well as more refinement to reduce extraneous noises.

Some facelift touches inside and out included the latest LED technology so the C-HR 2.0 will really stands out whichever of the four trim levels are chosen from the Icon, Design, Excel and new Dynamic.

This fourth generation hybrid powertrain from Toyota gives a 50% boost to the C-HR overall power compared to the 1.8 litre system for easier driving and potentially better fuel economy. 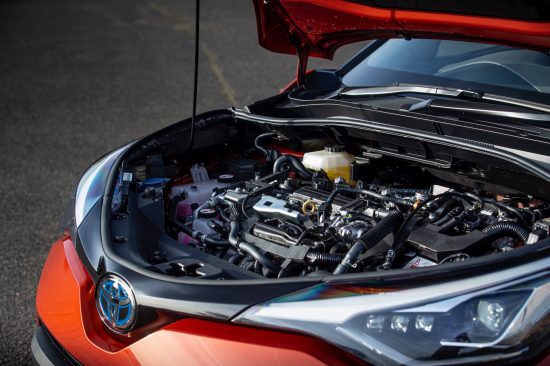 Our test car with the all new, longer-stroke 2.0 petrol engine and a more compact, lightweight and efficient hybrid system drove really well, very smoothly and with an immediate response. There’s virtually no delay from low revs and it pulled strongly even with a full load.

The CVT changes were quick and clean, adding to the refinement of the experience. Manual mode gives you six gear positions to exploit.

A driver can select holding the EV-mode for low emission zones or urban driving to conserve petrol, or just let the system sort it out, which it does really well. 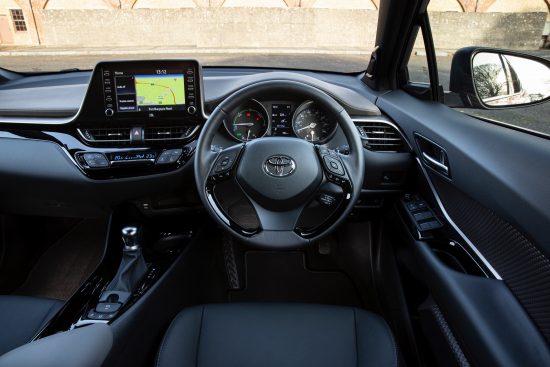 You can select a programme to view how the energy is being utilised and the battery being boosted by regenerative braking but the energy meter dial gives a constant display and sits in the driver’s eyeline to the left of the conventional speedometer.

The gauges are decent sized and very clear, split by a multi-purpose much smaller display screen covering a number of functions chosen by the driver. 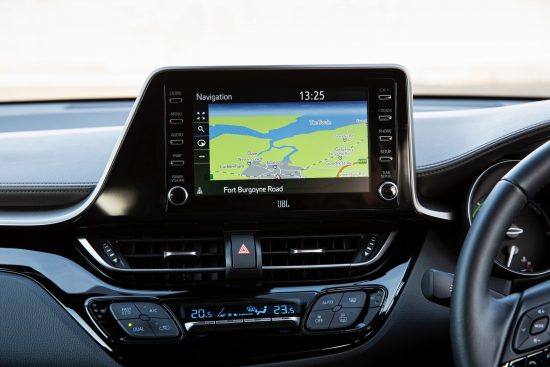 There is another infotainment, navigation, communications screen on the top of the central console and that’s much bigger and very clear but we found the selection buttons for on-screen changes were fiddly and distracting. Thankfully, the car’s heating and ventilation was a more straightforward button arrangement beneath the screen.

The system worked very well and the output, temperature and directional controls were good, with the added benefit of heated seats. For our colder mornings and evenings I would have liked a heated steering wheel as well, but that is an extra. 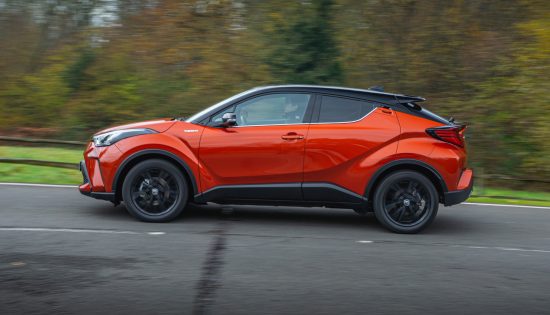 The latest driver aids include a Pre-Collision System with pedestrian recognition, Adaptive Cruise Control, Lane Departure Alert with steering control, Automatic High Beam and Road Sign Assist. All welcome and good safety aids, with the ability to disengage if preferred.

Excel and Dynamic models benefit from an Adaptive Front-light System, Intelligent Clearance Sonar and Rear Cross Traffic Alert with auto braking function. It really puts safety at the forefront and behind the latest C-HR.

Oddments space was good inside both infront and in rear and under the boot floor was a shallow compartment. With offset split seat backs, the total carrying volume triples in stages and it’s all easy to access through the fifth door or the rear side doors. 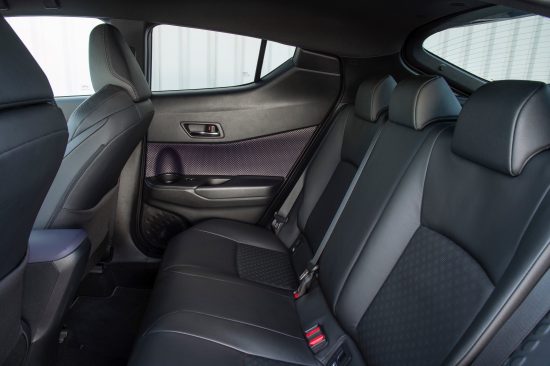 There’s not a lot of rear seat legroom and headroom is average but infront driver and passenger have more room as well as easy access or egress. A manual adjustment on the driver’s seat is slow to operate but the tilt and reach adjustable column and wheel and adjustable back cushion, are welcome and it will seat four in comfort, with a fifth squashed in as well.

I liked the big wipers front and back and the intense headlights with their curve-following beams and anti-dazzle feature but I disliked the poor visibility to the rear and over the shoulder when pulling out into traffic, so I became much more reliant on the electronic sensors and camera.

There has been a lot of work put into reducing noise levels in the latest 2.0 litre model and it is better than in the 1.8 we tested a couple of years ago, but it still sounds busy at higher revs and the 18-inch wheels and tyres do manage to find the bumps and potholes and tell you they have. On a good road at a steady speed it is much better composed than before. 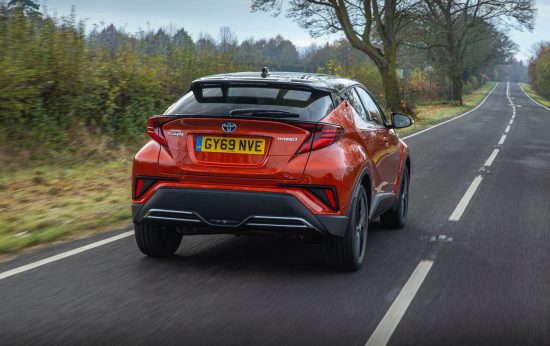 There’s no doubt the Toyota C-HR Dynamic 2.0 is a head-turner and a sophisticated SUV which builds on the original strengths and the manufacturer’s expertise and delivers an easy and enjoyable experience nearly all the time. The hybrid system means you don’t have the range anxiety of a pure battery car.