Suzuki has a knack of bringing to market just what buyers want at the right time.

It has built all manner of models including city cars, sports cars, lightweight offroaders and pickups and more recently SUVs which will not tip the bank balance into the red. 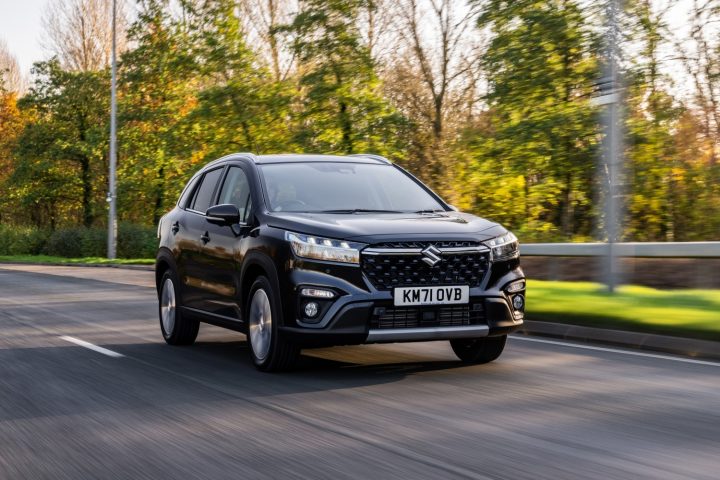 Essentially applying good design and engineering but keeping it simple to reduce cost has paid dividends for Suzuki and given them a strong customer base with a high retention loyalty.

Their move into the SUV sector with models such as the S Cross brought five-seats and good carrying capacity to the masses but if you didn’t need a 4×4 drive beneath there was the 2WD version which has proved the more popular and saved a lot of money into the deal. 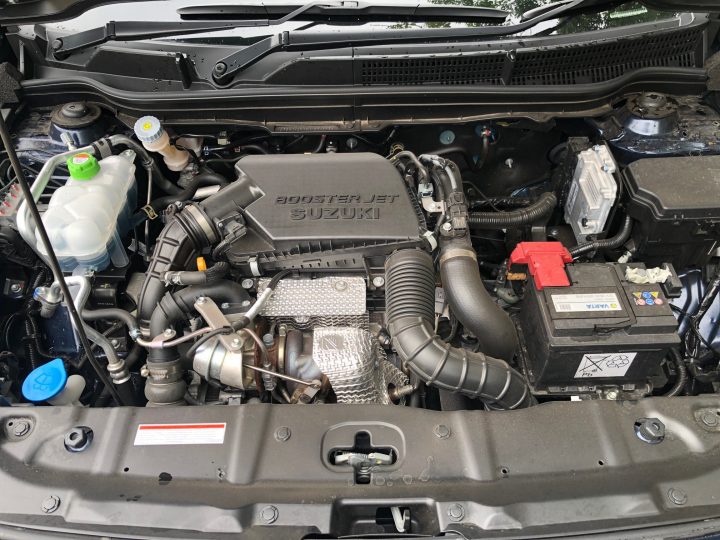 Our S Cross Motion is the better seller in the two-model range and when viewed against rivals from the Far East and Continental Europe it really is good value for money.

On sale since January, the new Suzuki S-Cross comes in a simplified two grades structure, with a choice of front or all wheel drive but share the same engine, suspension, steering and braking parts, while buyers can select an automatic transmission if desired. 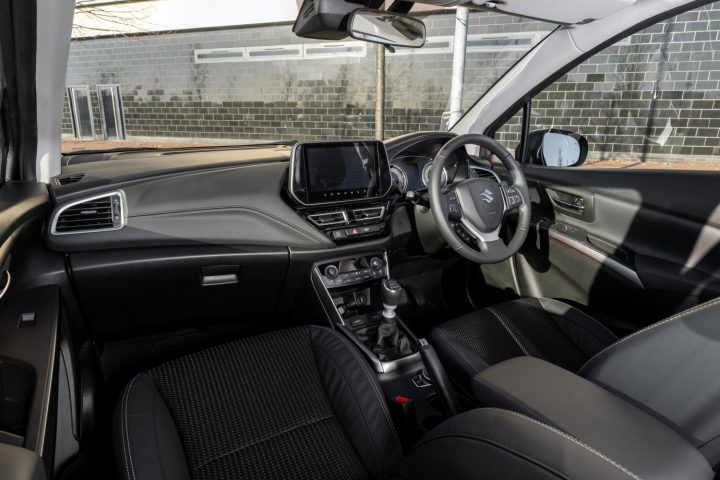 The new S Cross comes with a mild-hybrid electrically assisted petrol engine so you don’t have to plug it in to get the benefit of extra power on demand while running in the greenest mode as required.

The application of electric assistance gives the surprisingly sub-1.4 litre engine a responsiveness and power delivery more in keeping with a 1.8 to 2.0-litre engine but without the usual consumption penalty. We did see it nudge 45mpg at times before it was worked down to a little under 42mpg overall. 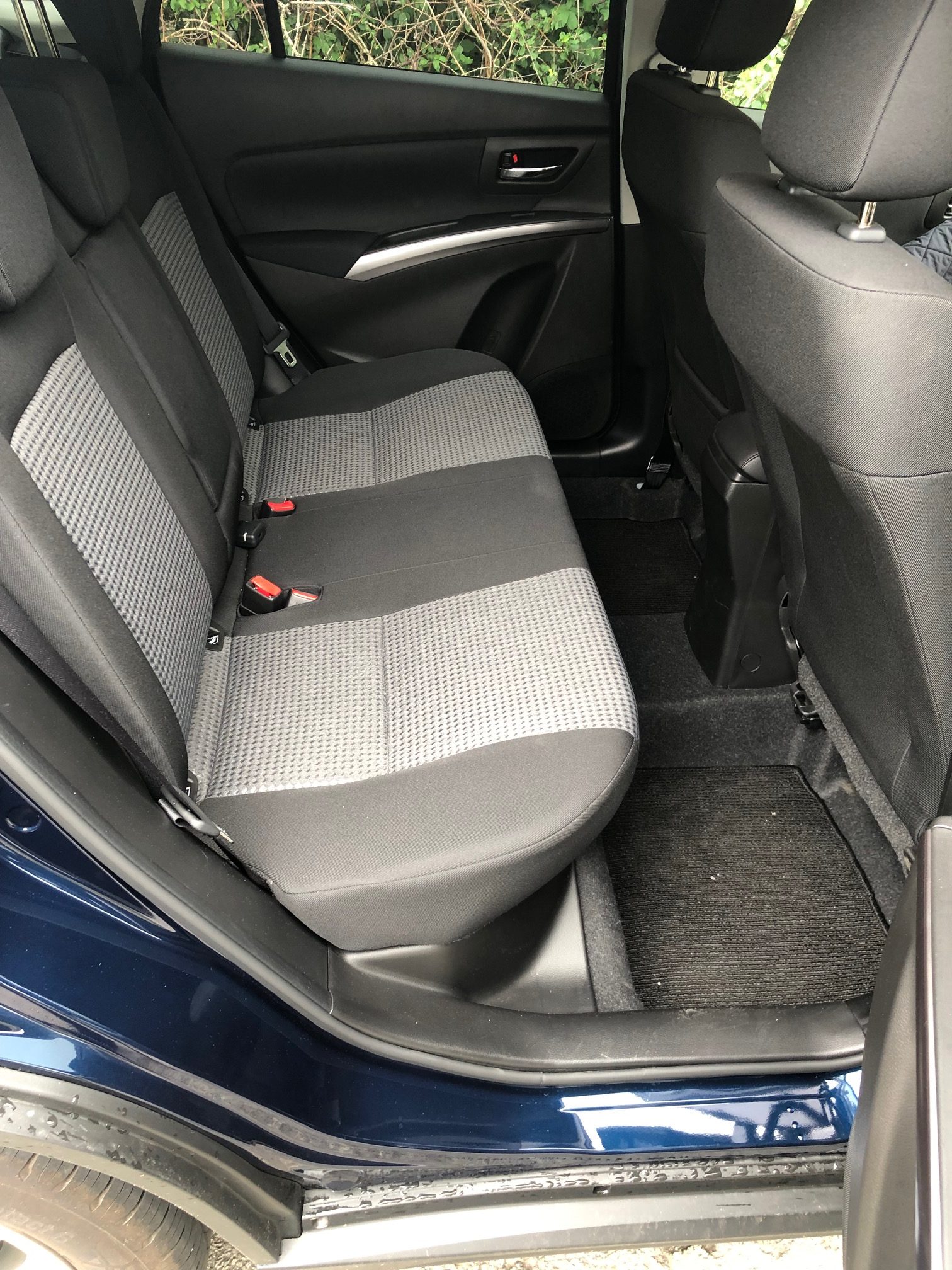 The smoothness and quietness of the engine was matched with a really nice six-speed manual transmission with direct change action, short throw lever and some well considered ratios for prompt getaway and totally relaxing motorway cruising. Our only miff with it was a seemingly long clutch pedal action as power was progressively taken up.

The other foot neatly danced over a strong brake pedal or light throttle but it was often imperceptible judging when the sparky system kicked in. 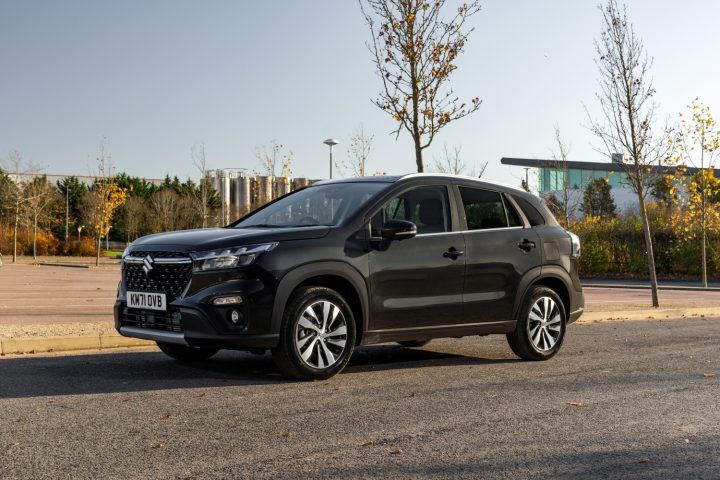 Secondary controls were also highly effective but we would have liked better positioned stalks to operate lights and wipers as their ends were hidden from the driver’s eyes. The wheel spokes had rocker buttons for driving assist systems inc. cruise control and there were the buttons for the communications and entertainment so you did not have to look at the infotainment screen to select functions and stations.

Just as well because the on-board central display was small and seemingly very slow acting, often lost radio stations and seemed to not integrate well with a mobile phone.

Heating and ventilation displayed good output for those infront, not so pleasing for rear-seat passengers, and it struggled over a wide temperature range so needed the powered windows all-round to produce a good balance.

The family friendly S Cross offered a modest amount of oddments room with slim or small compartments apart from a reasonable glovebox and central console bin. Boot space was good and came in two levels, ideal if carrying wet gear, with small side boxes and a privacy screen. 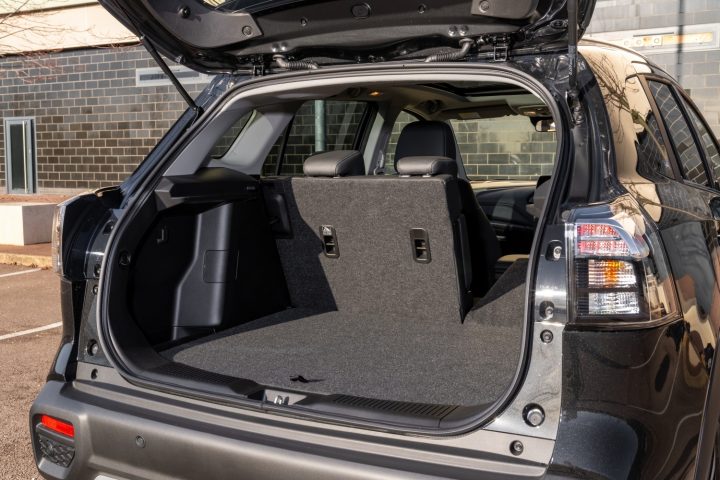 Getting in or out was very easy with good wide opening doors and a surprisingly good roomy interior with truly comfortable seats thanks to careful shaping and support profiles. The front pair offered a reasonably good reach and recline range as well.

For the driver, the S Cross is not going to set pulses racing but it felt agile, gripped well for a 2WD system and coped well with bumps and potholes while not wallowing about, pitching or dipping. It’s unlikely to make most passengers feel sick.

The ride was slightly firm but not hard and road noise was modest, with hardly any mechanical or engine noise being heard inside.

Visibility was generally very good with slim roof pillars, deep side windows, effective wipers and good long range lights but we appreciated the sensors when parking.

With everyone watching their spending the Suzuki S Cross Motion seems like good honest value for money and that has to be a change for the better. 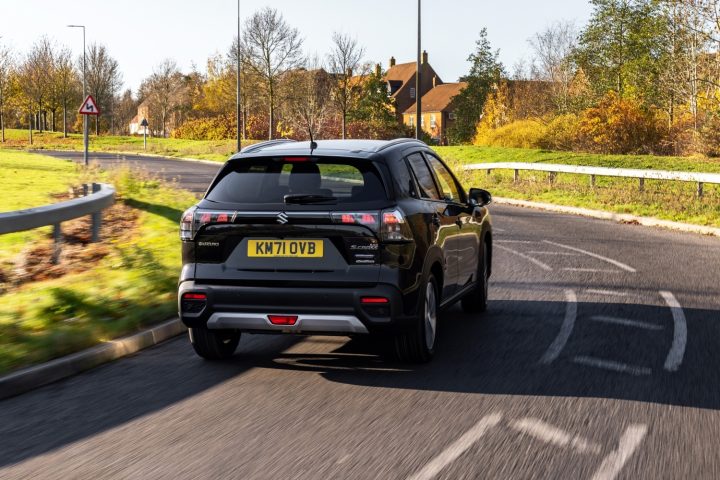