To those in the know, Suzuki has a very strong engineering history and its 4×4 models’ capabilities are legendary and affordable.

It’s the same story with the new Suzuki Vitara Full Hybrid just tested as the more powerful electric motor has been introduced to not only increase power but also efficiency and economy, and it’s reflected in a lower exhaust emissions figure as well which, of course, means it is cheaper to tax and business users’ penalty is lower.

In March 2022, the Suzuki Vitara Full Hybrid was added to the line-up, bringing a 140V electric motor with standard and eco modes, in three trim levels and with a very good specification as standard which would embarrass many more expensive cars.

The proven 1.5 litre engine developed for the Vitara Full Hybrid uses clever piston design to swirl, mix and burn fuel most efficiently and the car has been given two 12v batteries, one for ignition and engine functions and the other ancillaries, in addition to the 140v lithium-ion traction battery and inverter. 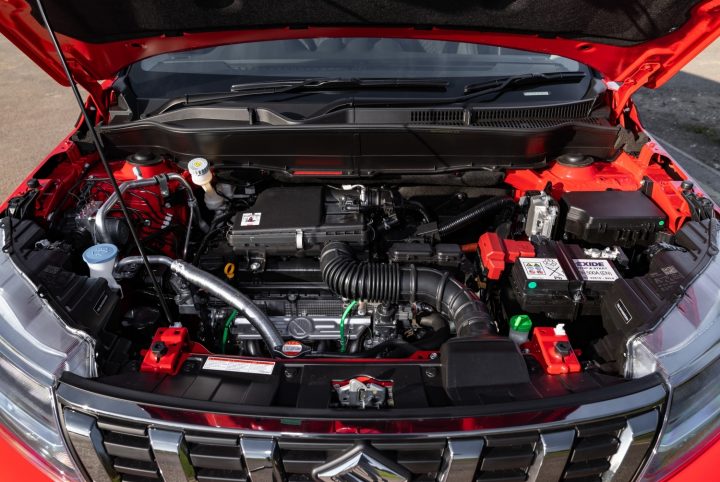 The driver can select the amount of electrical assistance and move from standard with frequent back up to eco which prolongs the time the battery is powering the car. At the heart of the system is a Motor Generator Unit combining starter and generator to manage all aspects of the Vitara’s electrical performance, stop/start, power assistance on demand and also the regeneration to extend battery range when eco-mode is selected.

It all works well and efficiently and helped us see a regular 46mpg displayed on the dials, with up to 48mpg at times and its possible to ease it over 50mpg with a bit of effort.

Despite the complexity of the powertrain, the test car was mechanically quiet with noises only slightly rising under load and acceleration. 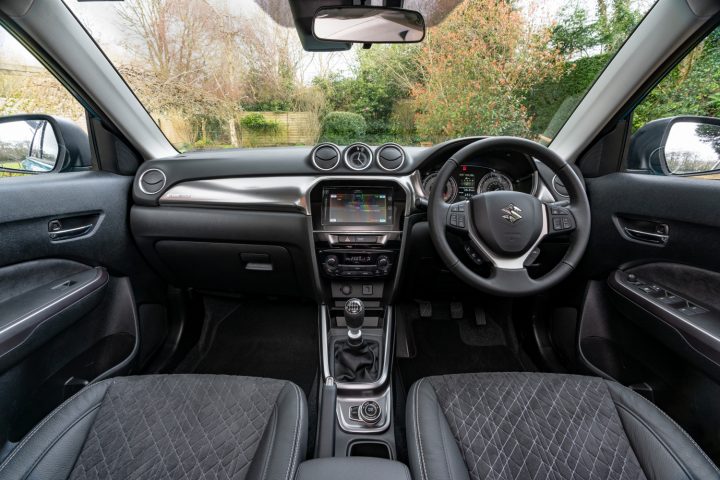 Our automatic six-speed transmission was quiet but worked best if you eased throttle pressure as the change point was reached and it could be jerky if used under a heavy right foot. You have both fully automatic or semi-automatic manual lever to use as desired and supported by paddles on the column.

Braking was strong and retardation kicked in when the throttle was eased so some traffic conditions did not necessitate using the brake if you read the road and eased off the accelerator in time.

Applied firmly, the brakes really hauled down speed in an undramatic but effective manner and the handbrake was strong. 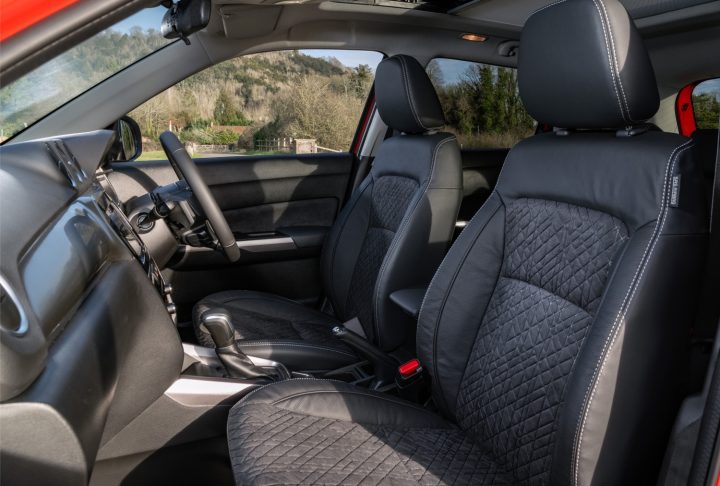 The Suzuki Vitara is not a particularly big car and it had good agility and steering with no-kickback and a nice progressive action and feeling on twisting roads, with a useful turning circle when parking or town driving.

Secondary controls were partly hidden by the wheel spokes for lights and wiper functions but they actually did a good job with long wide beams and the screens both front and back were swept clear.

Heating and ventilation controls for temperature and fan were rotary knobs, with push buttons to select distribution direction backed up by heated screen buttons, the air conditioning/ fresh/ recirculating air. They all worked well and filled the cabin with desired throughflow but you have the advantage of a massive partly opening and shaded sunroof and powered windows, although the back pair did not fully drop. 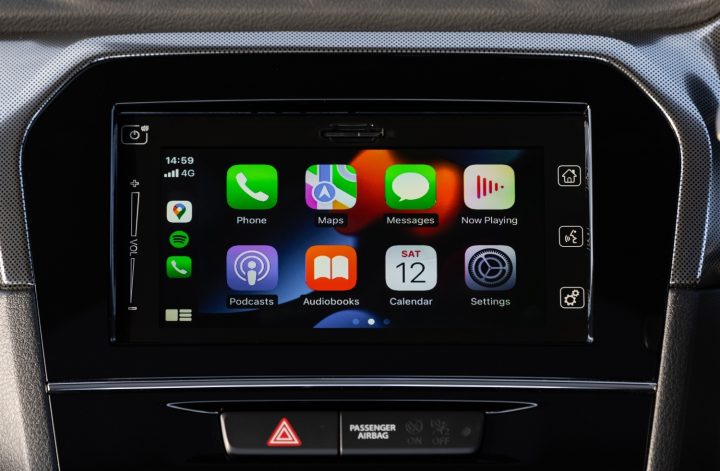 A reasonably sized infotainment screen displayed audio/ comms/ navigation but we sometimes struggled to get it to work with mobile phones and it was slow acting and seemed to be out of date with some speed limits displayed. Output quality of the radio stations was also only average and it struggled to find and keep stations in several locations.

The Suzuki Vitara Full Hybrid had a lot of driver assistance and safety systems including intelligent cruise control and blindspot monitor and reversing camera as well as front and rear sensors when parking. It all helps to reduce stress and anxiety as well as mitigates possible damage to vehicle or driving licence.

As a family car the oddments room was good with plenty of spaces throughout and a decent sized boot behind, although some capacity has been lost with the bigger battery now fitted, and it can be dramatically increased when the rear seats are dropped. 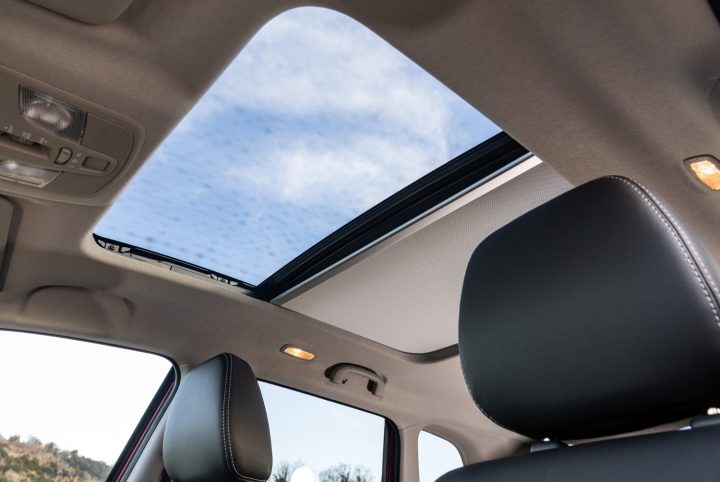 Access to the boot was good with a low lip and high opening fifth door, a sensible shape and for occupants the doors open wide and you can slip in without bending too much.

Once inside, the front seats have good but not exceptional travel, recline easily and the driver can also vary the height. Behind the legroom is good and there’s plenty of headroom and all are neatly covered in cloth with supporting bolsters and cushions.

Ride is good, slightly firm and sometimes the occasional bumps get through to the cabin, but usually it is just the road rumbles and suspension noise which lets you know how bad is the surface.

A low waistline, deep windows and slim pillars permit good all-round vision and with the sunscreen open the cabin is very airy.

Driving the Vitara Full Hybrid is an easy-going experience with reasonable but not head-turning acceleration, good grip and not too much body roll or pitching under brakes or throttle. 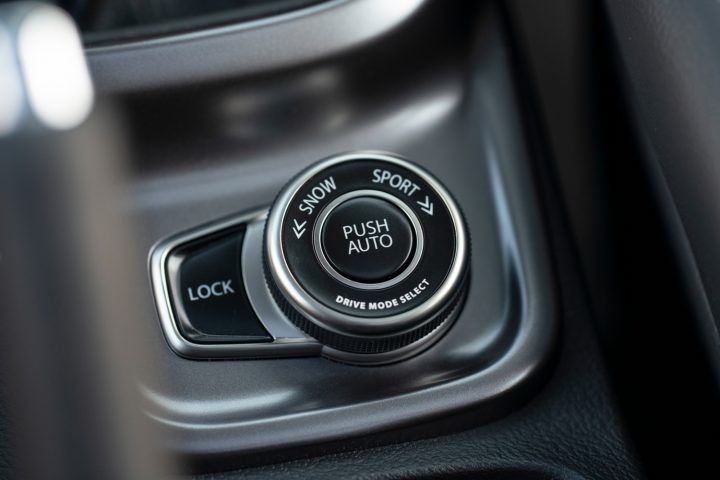 A rotary control beside the gear selector operates the 4×4 system settings for normal or poor traction conditions and you can choose fully automatic position to let the car determine the best profiles for a task.

If you read the model’s manual there are some handy tips on extending the economy as much as possible and I would urge every driver to read their car’s manual to get out the most from their expensive purchase. 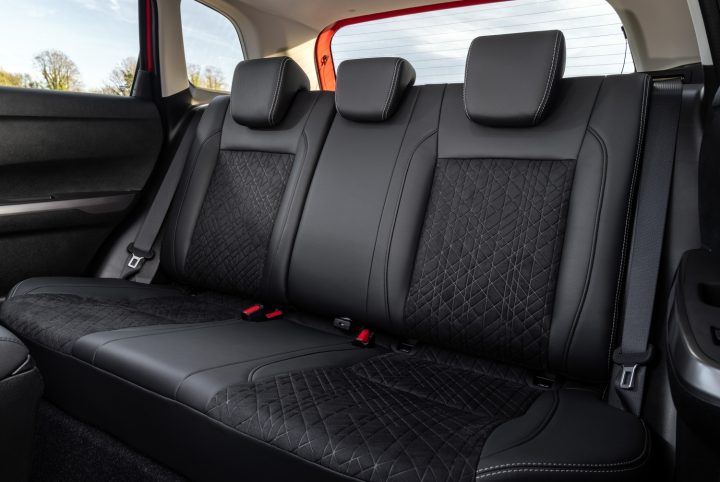 The Full Hybrid system means you don’t have to plug into a point and yet the powertrain is so well engineered you can cover a good distance on battery alone, possibly the typical commute, without compromise. It definitely works best off motorways where it can blend into the byways and recharge down hills but long motorway journeys demand some restraint under the right foot.

Even if you flog it hard the petrol engine meant there is no range anxiety over the electric charge that will be made up as a journey progresses. 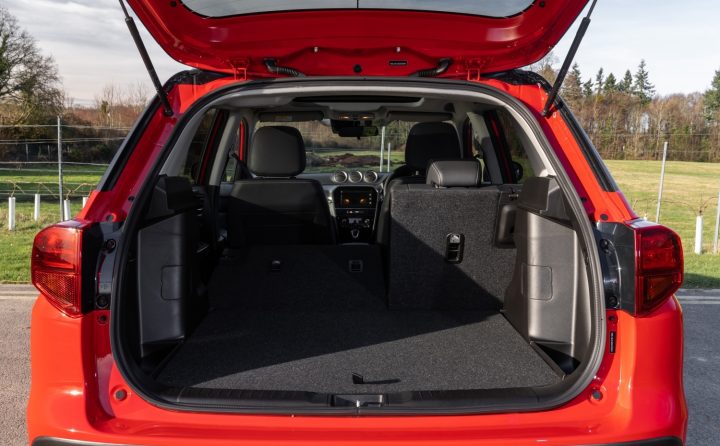 Considering the efficiency, ease of driving, economy and enjoyment the Suzuki Full Hybrid is excellent value for money. 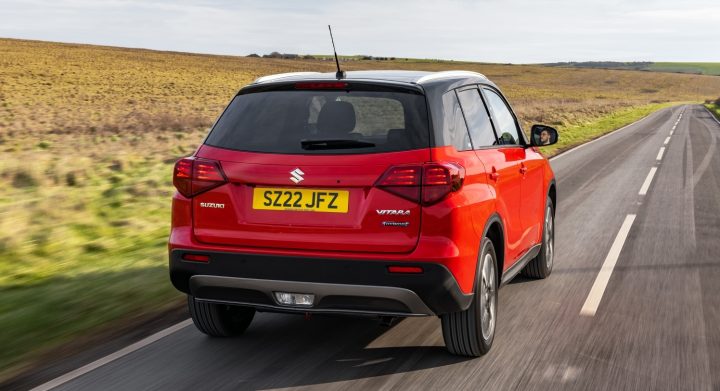