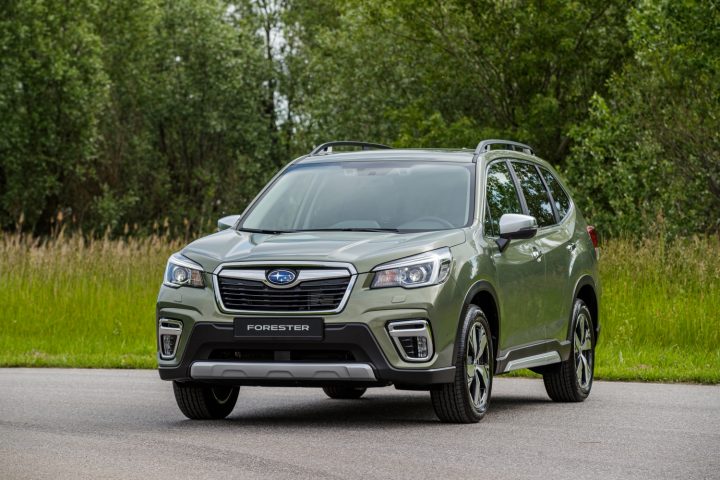 Some car-makers shout about their success in your face but Subaru doesn’t need to because the all-new Forester 2.0XE Premium Lineartronic actually watches your face.

Facial recognition is fitted to the instruments to ensure the driver’s eyes concentrate on the road ahead and this combined with a suite of safety features using exterior cameras and sensors to keep the car on course and out of danger has won it much praise and a few awards.

The acclamation for the Forester continues with its electrically assisted four-wheel-drivetrain and roadholding as well as its general fresh approach to the modern SUV concept. 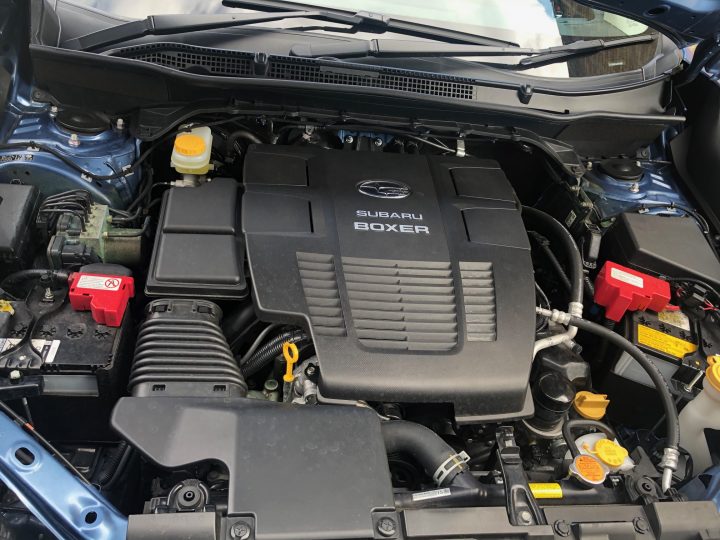 Because Subaru is really a small player in the UK market its Forester SUV probably doesn’t get the recognition it deserves except among country dwellers, farmers and sporting drivers who want grip and dependability.

The Subaru Forester range has a long pedigree and today comprises nine models split between petrol or diesel versions and a handful of trim specifications with manual or automatic transmission but all with 4WD. 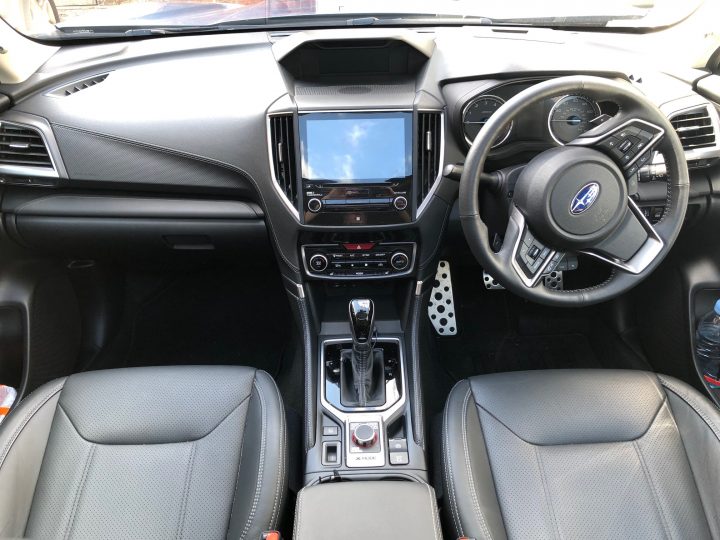 It’s a fairly big car offering plenty of space for just five in terms of leg, shoulder and elbow room but that also detracts from its nimbleness and the absolute power available is not extremely high so its acceleration and overtaking ability is not as good as some other executive cars.

I also found it rolled around corners due to its soft springing and suspension layout and the lack of two more seats will turn off some buyers. That said, the boot capacity is very good with the rear seats in use and they can be dropped with a remote release close to the open fifth door so you can triple the volume.

It’s easy to load the back of the Forester 2.0XE Premium because it has a power operated door to open or close, the loadbed is about knee-height and very well shaped with useful twin hooks either side and some further small spaces beneath along with the emergency kit and traction battery. 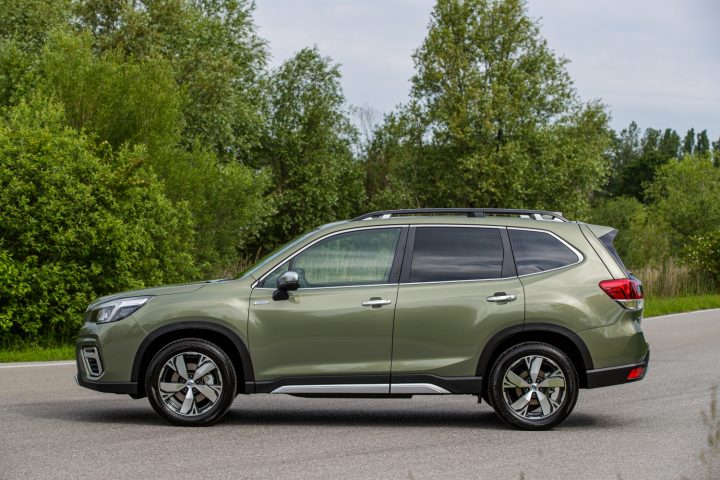 Getting into the rear and front seats is simple too. Although an SUV, the floorpan is not much higher than a conventional executive car and even an 89-year-old passenger we used to test the access made no complaint. Once seated the low waistline and deep windows gave excellent vision to sides, front and back, backed up by nearside and reversing cameras.

The seats were leather trimmed in this top model, big, very well shaped to support occupants and there was good adjustment range infront. They absorbed the few road bumps which got past the suspension and overall the Forester’s ride was extremely smooth. 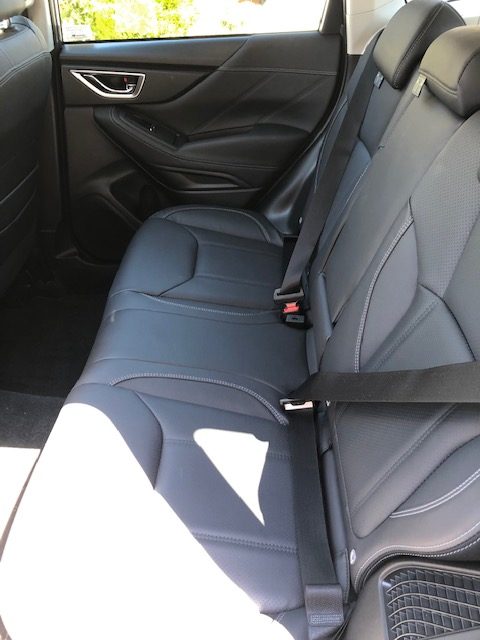 For the driver the controls are generally well laid out close to hands such as the paddles for manually making the most of the transmission although some were hidden behind or low on the fascia. The big infotainment screen and system was slow operating, looked dated and was not particularly user friendly in setting up the hands-free phone.

Heating and ventilation was comprehensive, and it’s worth mentioning four heated seats were fitted, with good output, directional control and quick reacting settings. Powered windows and a big sunroof with a shade added to the convenience and comfort for everyone and there was a heated steering wheel for winter comfort.

Looking into the fascia the main instruments were not large but clearly marked and included a selectable display for essential data which was also backed up on a dashtop binnacle carrying more details on journeys and safety settings. We certainly felt very looked after inside the Forester. 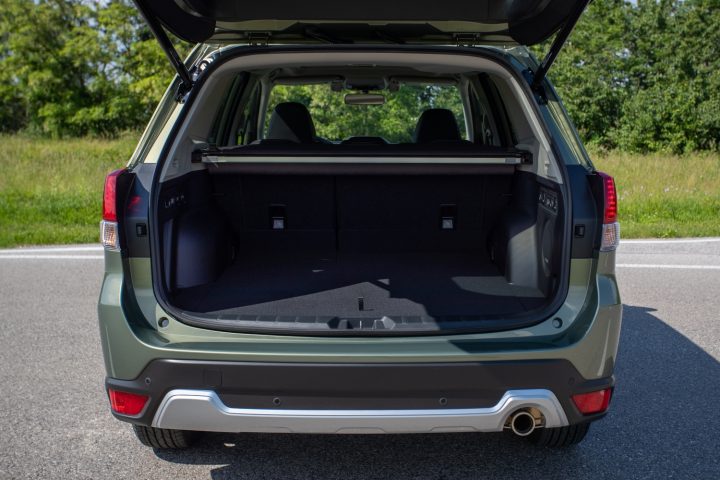 Oddments space was good for a family car with door bins throughout, seat pockets in the back and deep glovebox, console trays and a cubby-box infront.

The refinement of the Subaru was emphasised by its overall low noise levels. Starting up and pulling away it was particularly quiet.

It became more obvious as engine revs increased and there was some road rumblings but these were modest as was the wind noise. It was particularly quiet at the legal maximum on the motorway.

At the end of our week-long test we achieved an overall fuel consumption of 38mpg but at times it was heading towards 40mpg in light traffic at non-motorway speed. 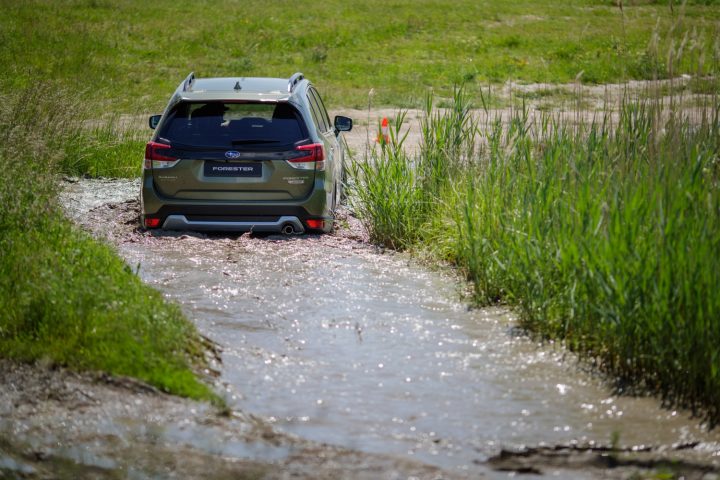 The Subaru Forester e-Boxer 2.0XE Premium Lineartronic is an impressive car on many fronts, namely its dynamic refinement and practicality, but the five-seat only configuration may not suit every potential buyer.