In the automotive sector there are rarely surprises, except with the SsangYong Rexton.

The Korean company has been making 4×4 models for over 65 years, a little less than Land Rover but it has evolved just like its better-known UK rival. 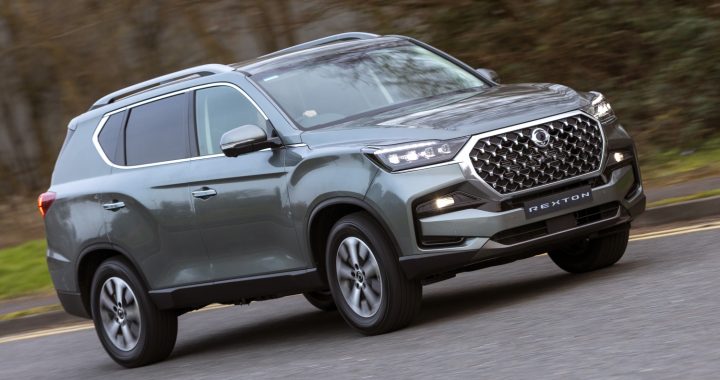 Today’s Rexton is the fourth generation since being introduced in 2001 and it retains the rugged reputation it has earned among those who really need a genuine serious off-roader and added a lot more refinement and value. It is about the same size as a Range Rover but half the price and it has won Best Value 4×4 awards for five years.

It uses a well developed 2.2 litre four-cylinder pure turbo-diesel engine without hybrid electrical drive but is matched with a highly sophisticated eight-speed automatic gearbox giving two or four wheel drive together with high and low ranges. 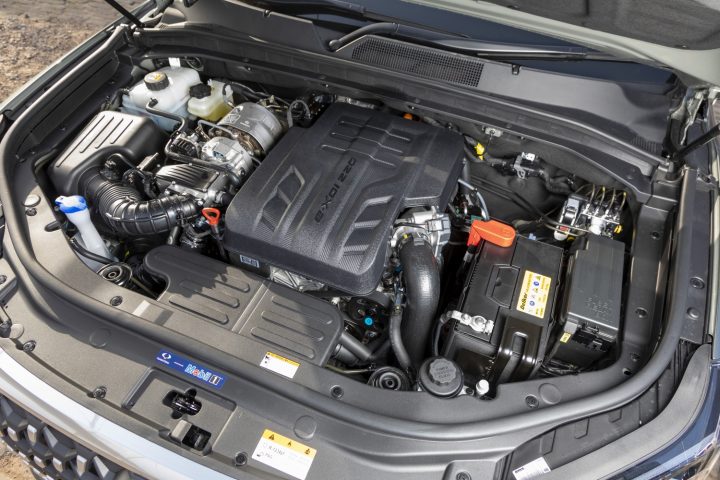 The powertrain works very well but also very hard to propel the near 2.2 tonnes car with just four cylinders puffing away, and we struggled to get 30mpg let alone see the indicated near-33mpg from the WLTP returns.

It also produced a lot of engine noise when accelerating, much less cruising along at 70mph, and the big wheels and tyres rumbled over surfaces and occasionally the front coil and rear multi-link suspension would bang over the worst bumps although it generally produced a smooth, sometime rolling ride around bends.

Handling was a little ponderous due to the bulk of the Rexton and a slow acting rack and pinion steering system which needed a good few turns to park in some spaces. 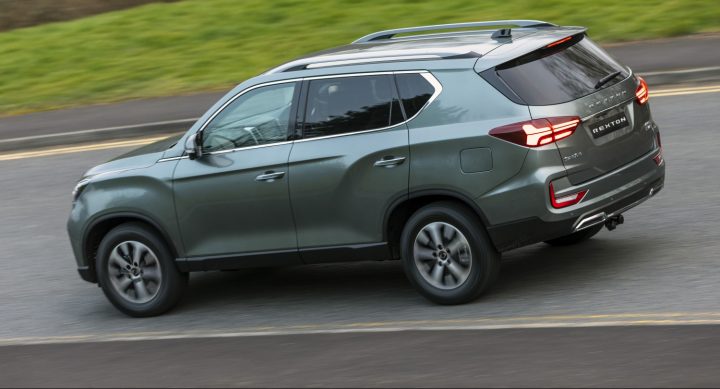 Fortunately, you can see all corners with cameras and sensors relaying everything to the driver, the wipers are big and effective and the LED beams were really useful on dark country roads with wide long range.

Inside, the essential instruments are a bit on the small side infront of the driver and not particularly well calibrated but you can select various displays to suit tastes and requirements at any time. 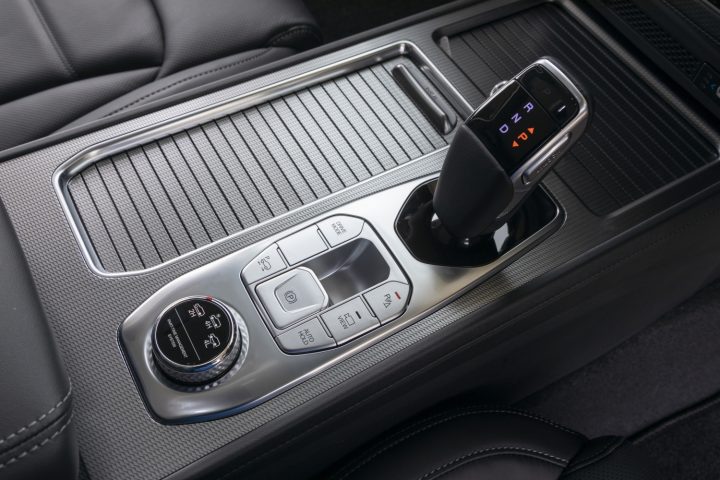 The driver will find everything comes to hand around the wheel and column even if some lights and wiper stalks are partly hidden and need familiarisation to work every time.

The Rexton comes with fashionable large central screen for infotainment, its very clear and comprehensive and operates Apple CarPlay, Google Android Auto and even 3D around-view monitor within a 9.2-inch display. 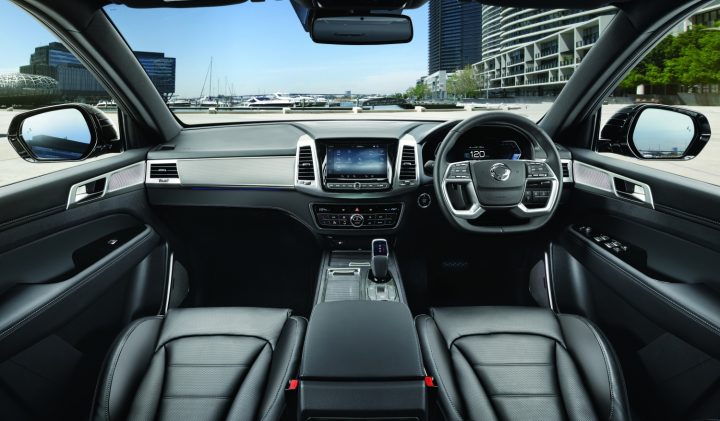 It is fitted with all the latest driver and safety aids for motorways or off-road use to keep you out of trouble.

Sensibly, buttons beneath operate the climate controls for temperature, distribution and output and there are heated seats throughout with a cooling feature as well on the front pair.  They all worked very well. 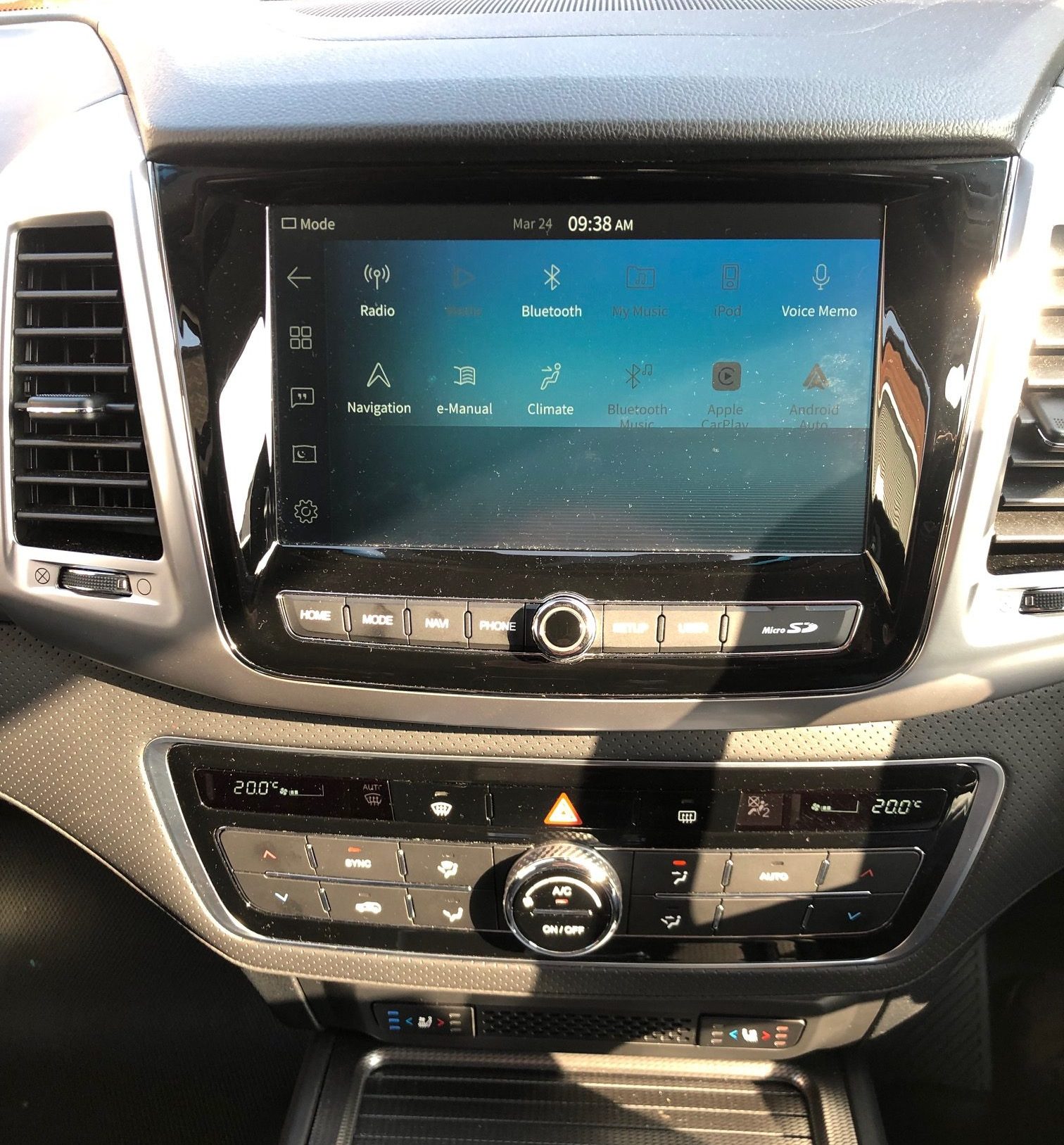 SsangYong has used the size to pack in a lot of oddments’ spaces throughout and the loadbed is dual level and can be expanded very easily fully flat-folding second and third row seating to take the longest items or when seats are used still has a good capacity.

Access to the loadbed is simple with a powered tailgate, a large opening and sensible height floor, while driver and passengers clamber in through wide opening doors revealing a step up to the interior. Once inside, the seats are big and cushioning with excellent adjustment range, wrap around bolsters and a supporting shape.

There’s plenty of room throughout and even those in the third row have more space than many rivals provide, with head and elbow room very good throughout. 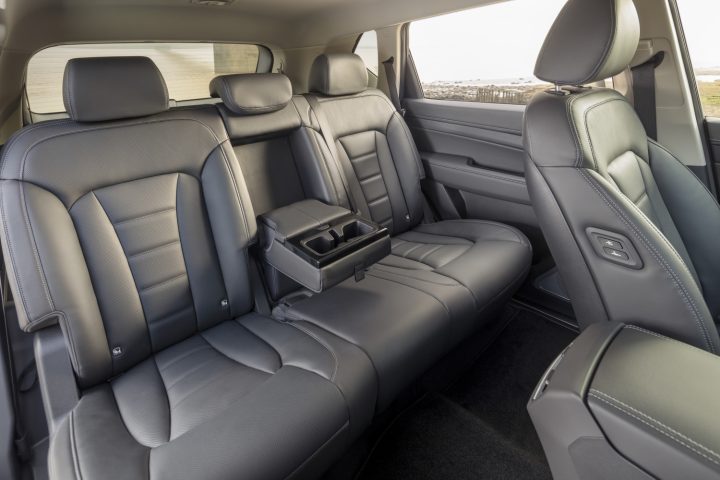 It is an unfashionably large car, but it means you feel very safe in the Rexton if you have a big family, you ride higher than most hatchbacks, saloons and some crossovers, with big windows and sunroof to let in light. You never feel hemmed in as in some SUVs.

Moving 2.2 tonnes with a modest sized 2.2 litre engine is always going to be hard work and the Rexton is not quick through the transmission, even if used manually, and maximum speed is not high if cruising along Germany’s motorways on holiday. It will easily hold the 70mph limit but it lets you know it’s working hard. 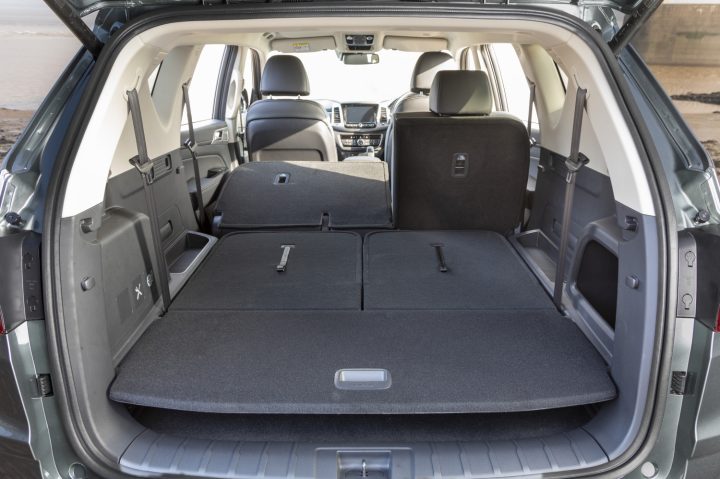 Essentially, the Rexton is not a car to be rushed, but enjoyed for its room and creature comforts not to forget its seven-years and 150,000-mile warranty, the best in the business.

It can transform from city to country duties at the flick of a few switches without a compromise, and that has to be a surprise for many drivers. 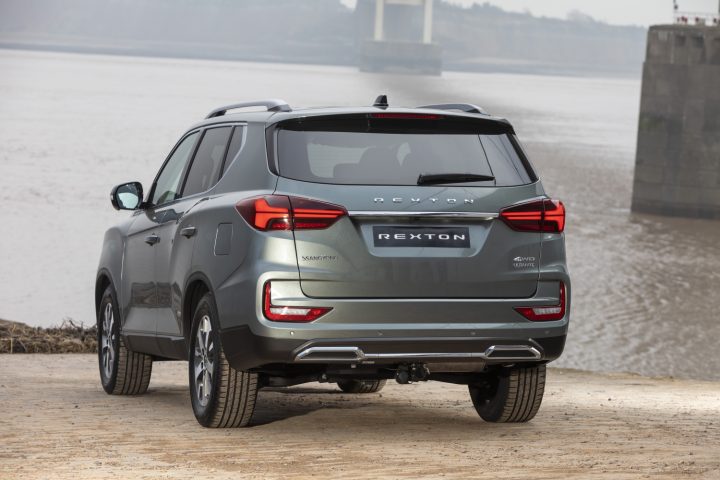