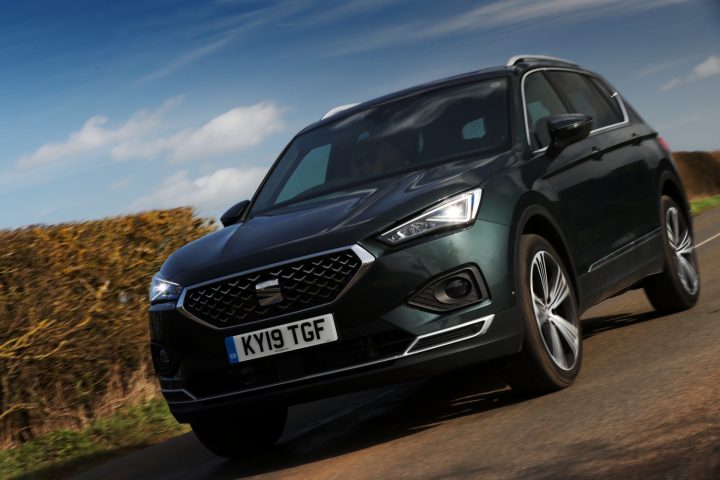 SEAT has risen from being an also ran car-maker to a pace-setter and it’s most obvious with their flagship Tarraco SUV.

Tarraco runs to over 20 models with petrol or diesel engines, manual and DSG automatics, with only higher performance 150-190ps engines and a single five-door body. There are two core trim levels, SE or XCellence, but each has three sub-levels, First Edition, Technology and Lux, and prices rise from £28,335 to £40,090.

It’s a simple package with straightforward increments and increases in prices and it delivers very good value for money throughout the series.

Our top model could stand wing to wing with much more expensive rivals and beat them in many ways and don’t think it is lacking in refinement or dynamic appeal either.

SEAT is not resting on laurels and will next year be adding a plug-in hybrid to the Tarraco range as well.

For now we tested the Tarraco 2.0TSI Xcellence 4Drive delivering an effortless 190ps through four-wheels. It is large and a hefty 1.8 tonnes but the four-cylinder petrol engine is up to task of moving it at a respectable rate and without much audible indication of stress. 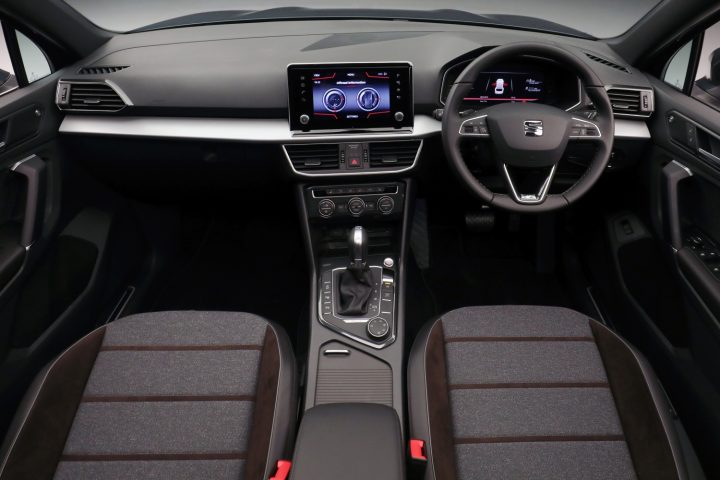 The seven-speed dual clutch gearbox is one of the best, enabling effortless, silent and jerk-free changes, whether going up or down the range and you can also modify responses with manual mode and computerized settings. Not only do these alter the change points but also the chassis stiffness and steering feedback so you can move between cushioned-comfort or dynamic delights.

Steering and brakes were spot on with precision and power, and the parking brake was very effective on our steep test slope.

The secondary controls on the wheelspokes and column were convenient but needed familiarisation with location as some were out of direct sight, unlike the big instruments’ pod infront of the driver and its very clear displays, which also included a selectable digital read out for chosen settings.

A fairly large, but not overly generous, screen atop the centre of the fascia handled the infotainment and mobile link, which was a bit temperamental in use, but the displays were clear, just on the small side.

Heating and ventilation was easy and effective with its own controls independent of the infoscreen, backed up by powered windows all round. That kept the interior cool and glass clear, while big wipers both ends and very bright far-reaching headlights were welcome when the weather and vision deteriorated. 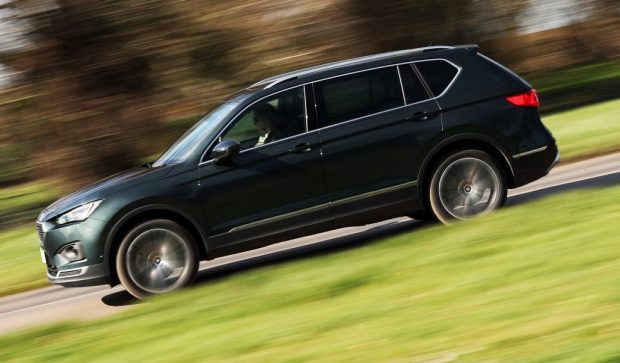 Oddments room was good for a family car with big bins in the doors, a large central console, pockets and glovebox. Only when you used the third row of seats were you left struggling to put anything in the back and the remaining room of 230 litres was fit only for a slender couple of cases or some shopping bags.

Fold down the rearmost seats and you had plenty of space on the other hand.

The access was good throughout except for the restricted points into the two rearmost seats, the boot floor high and flat with no intrusions, and the seats were all well shaped and comfortable, particularly infront.

The fit and finish inside is eye-catching with neat detailing, a few bright highlights, some texture changes and all fit seams were close. Reassuringly, Tarraco has also scored very highly in EuroNcap crash tests.

A low waistline helped vision around the car but it still needed extra care when reversing with deep C-pillars and a high rear window which meant you relied a lot on sensors and camera. Not ideal but typical of this modern SUV design trend. 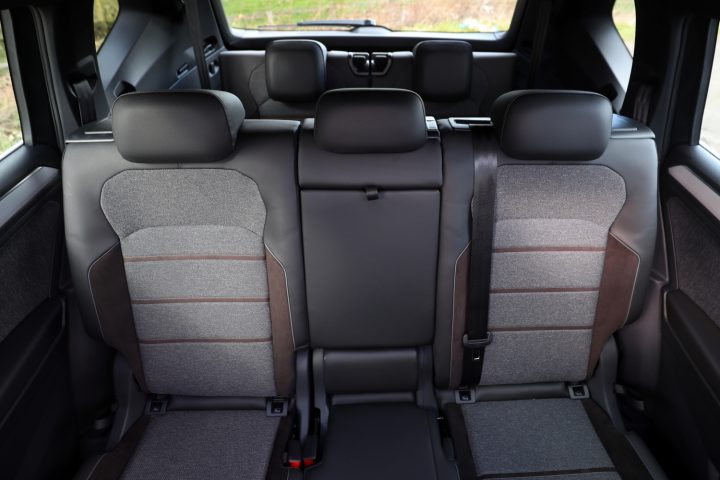 Noise levels were all low, the engine made itself heard through the intermediate gears but was more composed on main roads and only the distant bump-thump from suspension and tyres could be heard inside on bad surfaces.

Ride quality tended to be firm even on the softest setting but it was not uncomfortable then, only tightening up if you wanted to reduce body roll and do a quick cross-country dash.

Then it did not feel as agile as some rivals or most saloons and hatchbacks but you always felt safe and secure.

Straight line performance was good and respectable and overtaking was easy thanks to the gear choices and engine torque.

Despite some spirited driving the fuel consumption was surprisingly modest and at times edged over 40mpg. 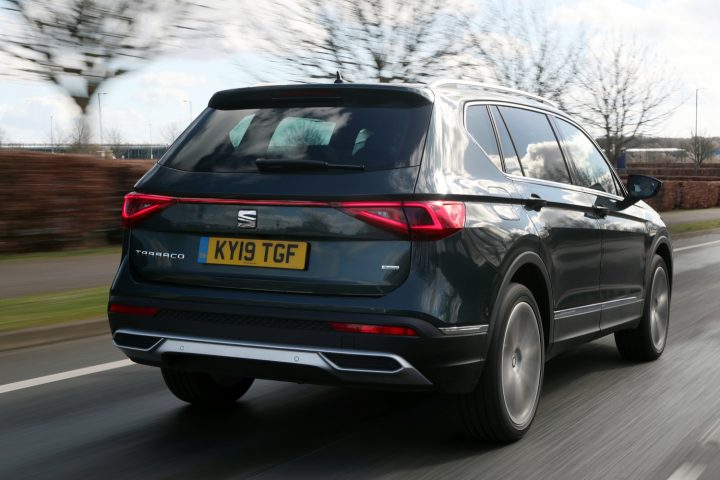 So it’s not expensive to run, its roomy and exuded good build quality and comes at a price which shames many more expensive but less well equipped rivals.

It really has come a long way for SEAT, but it would help if they increased the warranty to match the best from Asia.