SEAT is dipping its toe in the market waters in  its Mii pure electric five-door city car with the promise of many stablemates over coming years, writes Robin Roberts.

The Mii petrol models replaced with the first all-electric car from the Spanish subsidiary of the German VW Group shows how international the focus has become because it’s made in Slovakia.

Developed from the Mii city car with its internal combustion engine, the Mii electric breaks new ground for the company and means existing SEAT owners and newcomers to the brand will have a new commuter car to consider and live with.

Electric car technology is a compromise between battery size, weight and performance and you have the high capacity units with their longer range but expensive list prices or the shorter range, more modest capacity system which also bring savings in weight, size and cost.

The SEAT Mii is firmly aimed at the urban commuter with its useful 160 miles-plus range utilising four-hours recharging on a low power circuit. 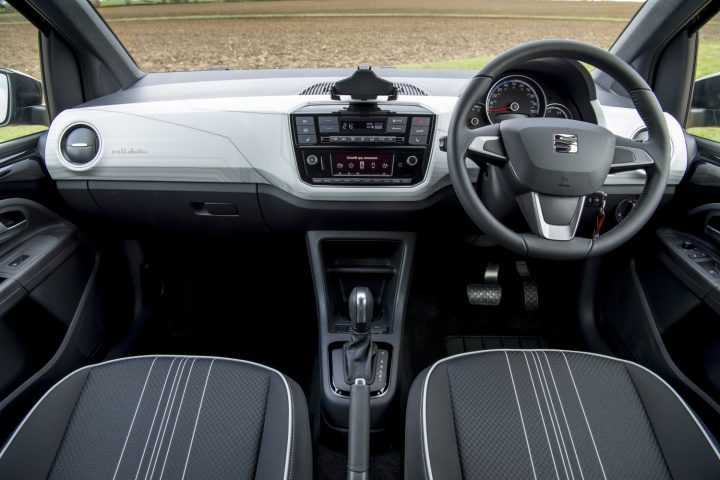 The clever card being played by SEAT is the decision to include some creature comforts normally found in more expensive and up-market cars as it realises commuters can spend hours a day creeping along in traffic if they have to go out.

Then you have five-door practicality and a small boot for shopping or weekends away. 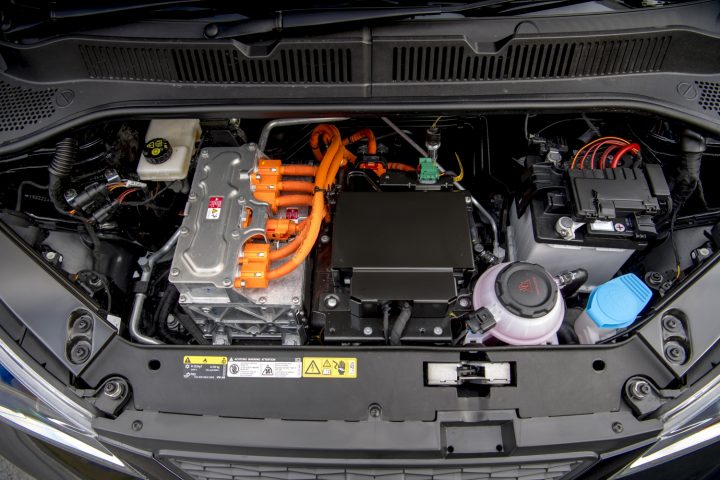 Under the bonnet, the 61kW or 83ps motor can generate a respectable 212Nm of pulling power giving it a 0-31mph time of 3.9 seconds so it can easily keep up with traffic flow in streets and it will run to over the legal UK maximum on dual carriageways and motorways.

Motorways and dual carriageways are not were the Mii excels and the battery would soon be depleted by extended motorway journeys at speed. 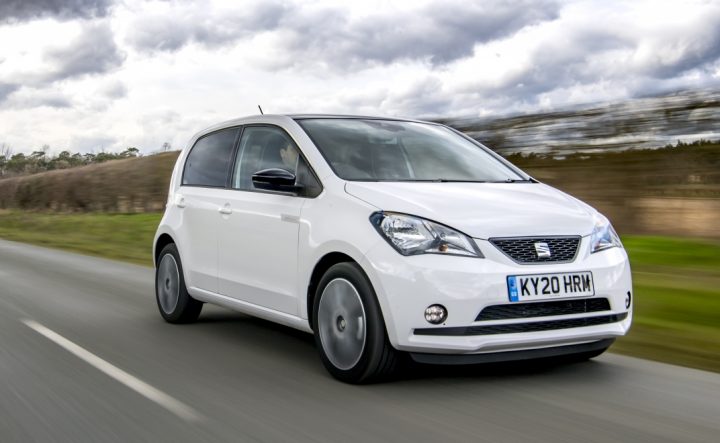 It really does better in give and take driving on main and secondary roads with undulations to regenerate the battery and these roads are more suited to its short-wheelbase and agile handling, its nimbleness in town and when parking.

A rapid charging DC 40kW unit reaches 80% capacity in an hour – about the same time as an average smartphone – whilst using a AC 7.2kW home charger takes four hours to reach 80% fully charged. 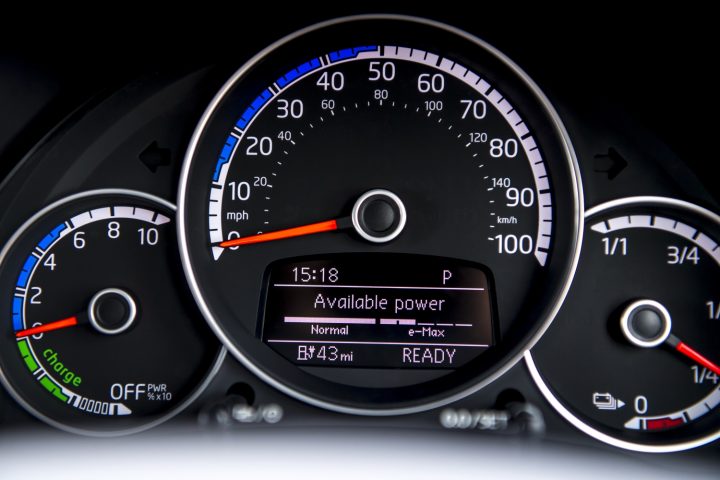 It’s comfort technology, heating and ventilation programmes are combined in a compact display in the centre of the fascia with the usual column stalks for secondary controls and some simple clear instruments for road-speed/ trip distance and flanked by sophisticated, charge meter and capacity gauges directly infront of the driver. 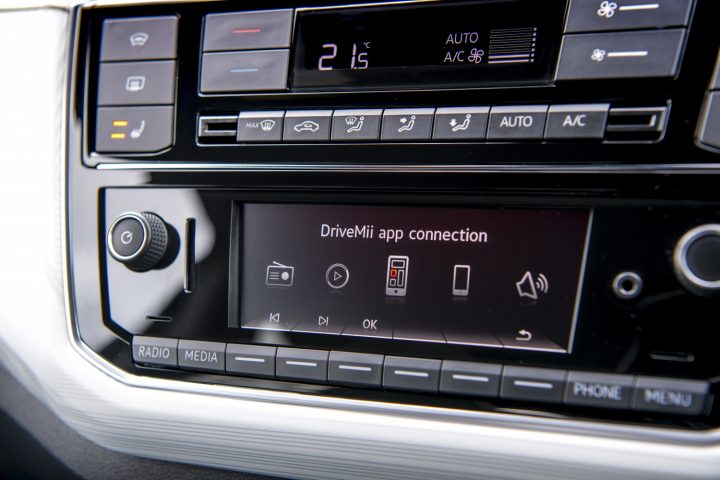 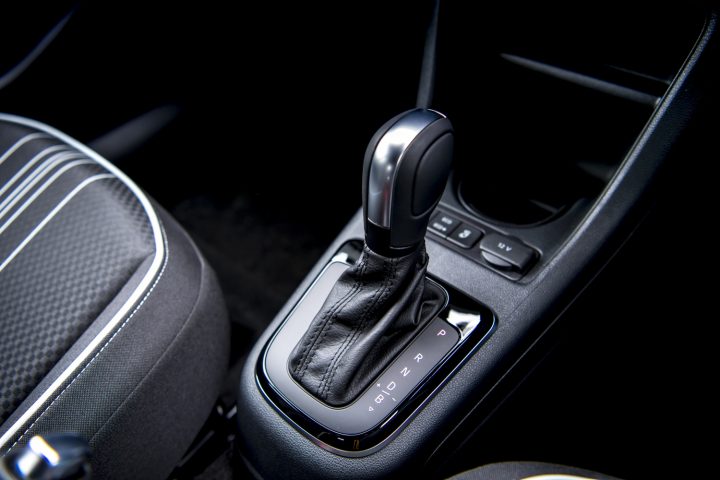 The selector lever has the familiar park, reverse, neutral and drive segments with an additional setting to maximise retardation and this combined with a console switch to stretch economy gives the best range. Select the normal modes and the power is increased but the range reduces.

The two-pedal system underfoot gives respectable responses to accelerate or brake and there’s a traditional handbrake.

It brakes and steers very easily and effectively and parking is straightforward with low waistline, big windows and slim roof pillars. 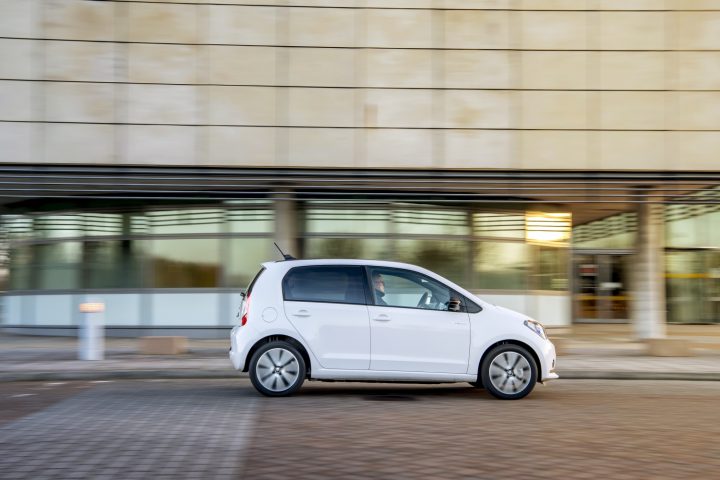 The around town agility is matched by reasonable feedback at speed on twisting roads and a natural tendency to drift wide on corners which can be quickly curtailed by easing off the throttle or unwinding steering. The SEAT Mii short wheelbase is good for handling but means it does suffer a bit over bad surfaces and the ride can become bouncy.

The suspension struggles to mask the worst bumps but generally is compliant and only the noises coming into the car let you know how hard it’s working. 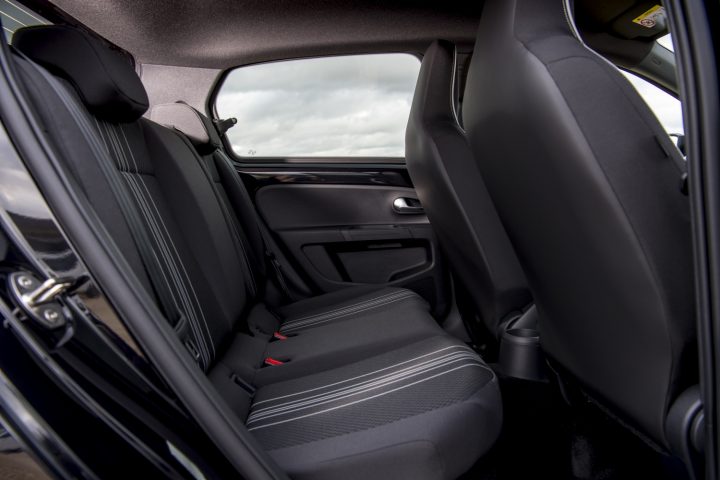 Inside, the room is good for two, a tight fit in the back for two or more so far as legroom is concerned but the headspace is acceptable nevertheless and the doors have wide apertures. Oddments room is reasonable throughout. 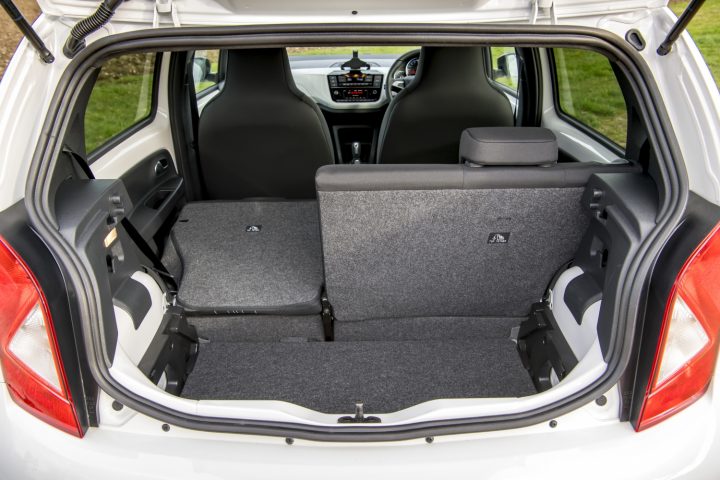 The boot is a modest size but easy to load and expand by dropping down the rear seatbacks. The recharging cables for domestic or commercial points live underneath the boot floor where you’d normally expect a spare wheel but now houses an emergency inflation kit.

Wipers are good both ends, but the headlights lack range and power. 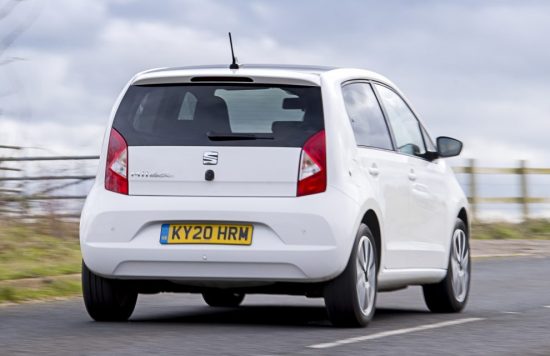 My biggest concern with the SEAT Mii was not the car’s comfort or sophistication, which is good, but the way the range would fluctuate over a short distance. I know it is tested and said to be good for over 160 miles but I found it would quickly fall when pushed beyond 60mph for a short period on a main road.

It definitely benefitted from give and take driving on A-roads but the prospect of a long journey would need some planning to select recharging points, which may or may not be busy or working.

The support infrastructure network is not of SEAT’s making but it is what makes the Mii ownership experience good or bad if you do anything other than regular short runs between known charging points.

Within its limits, the SEAT Mii is a good car for what it does, its technology is simple and effective and comes with some desirable creature comforts.