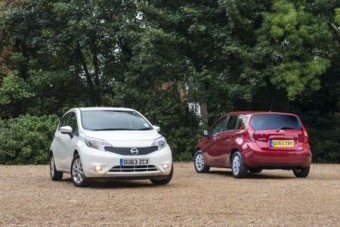 After practically single handedly saving the economy of North East England when it opened a massive car plant in Sunderland, Nissan is now on a mission to save itself.

With a reputation for producing some competent but not charismatic cars, Nissan is now pushing back its own boundaries with cutting edge creations which are making rivals scramble to their studios and come up with something to compete.

Even when they have a new model which is turning heads and making rivals scratch theirs, Nissan is making subtle changes and improvements to keep its nose ahead.

The Nissan Note is a perfect example of its British-built models which was launched in 2005 as the production version of its Tone Concept. A mini-MPV, the Note was a big improvement over the popular small people carriers of the 1990s.

It provided no thrills and few frills but its straightforward robust engineering and low running costs won it fans with families who liked its practicality and purpose.

Based on the floorpan of the parent-company’s Renault Modus, the Note replaced the Almera in the UK and after its British launch on 1 March 2006 it is now getting the latest Nissan high efficiency engine.

The super-clean three-cylinder direct injection gasoline (DIG) 1.2 litre unit is supercharged and uses Miller cycle technology to maximise the fuel burn and power stroke so it packs a punch and delivers good economy with low emissions as well. 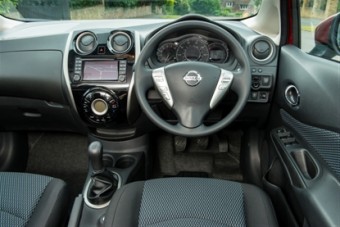 It comes with a range of trim levels and option packs, which can actually lower the insurance groupings as well, and manual or CVT auto transmission.

Our 5sp manual version revelled in town and had reasonably good ratios for overtaking so long as you carefully judged or anticipated opportunities.

The light clutch and quick gearchange would be in keeping with a fine sports car but the family hatchback is also likely to win admirers from nervous or occasional drivers as much as experienced users.

Steering was easy if not very communicative and the brakes were well up to their task. Nissan has revised the springs and dampers under the new Note and it now handles much better and feels more sure-footed with less body roll.

The room is still a bit tight in the back but its generous infront and access is straightforward with a big opening to the fifth door which could take an armchair if necessary.

The luggage capacity rises from a useful 295 litres with the back seats in place to 1465 litres when you gradually fold down the back seats in stages. There is no spare wheel, just an inflation can, so you gain some room where you would usually find the spare and oddments room is good. 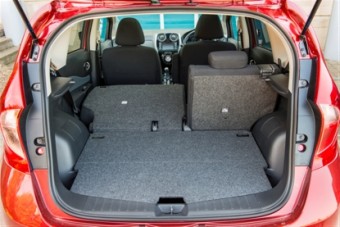 Visibility is good all round and you can improve on that with safety shield pack of sensors and cameras. Noise levels are moderate and the most consistent is the road rumble which can be overlaid by a fussy engine note if you are pressing on.

Driven within its usual parameters, the 1.2 DIG-S engine is smooth and quiet, fairly economical when cruising and pushes out low CO2, but if you have a few passengers aboard or need to make a quick journey over winding roads the consumption can steeply rise.

The good feel to the major controls is matched by the lightness of the secondary switches, there are big simple dials and an effective climate control.

It is a big step forward for Nissan and Sunderland.