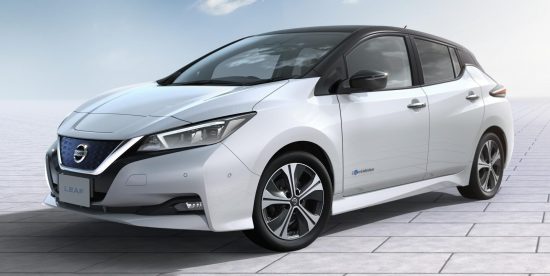 The Nissan Leaf is the world’s best selling electric passenger car and it’s easy to see why, writes Robin Roberts.

Often the benchmark for newer rivals, the Leaf’s a genuine five-seater with a good practical range over 200 miles and comes with a sensible choice of domestic or fast charger cables. 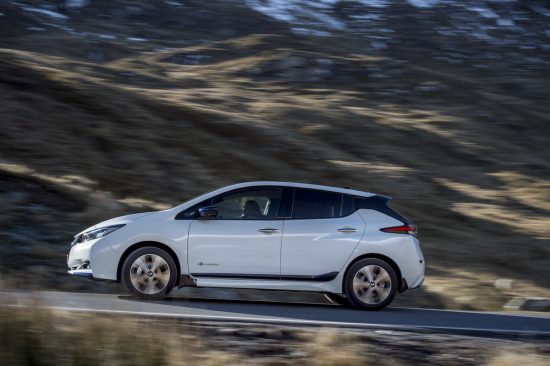 Front struts and a rear beam axle gave a good ride and loading capability if not a sporting feedback, although it gripped reasonably well and had no vices in the handling department even though it was unexciting.

The front seats were well shaped, adjusted easily and were comfortable but the rear bench for three lacked location and support. On our grade the seats and steering wheel rim were heated.

While the suspension absorbed most bumps without jarring the cabin, there were a lot of noises from their linkages, 17-inch wheels and tyres.

That probably seemed higher because of the very low level of electric motor noise, absence of other mechanical or wind noises.

The car’s composure really reminded me of a very expensive luxury limousine because it insulated the occupants from the world outside. 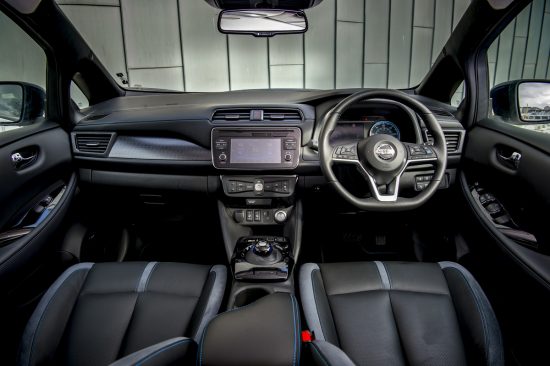 For the driver, all controls came immediately to hand and there’re plenty to select on the wheel spokes, the column, spread over the central console, along the fascia or hidden in the eight-inch touchscreen infotainment display.

The display infront of the driver is a changeable seven-inch combimeter as Nissan call it and that’s very clear to read and straightforward to select contents for essential functions and information.

The tunnel console included the gear selector and e-nergy button along with the parking brake and they all worked very well. 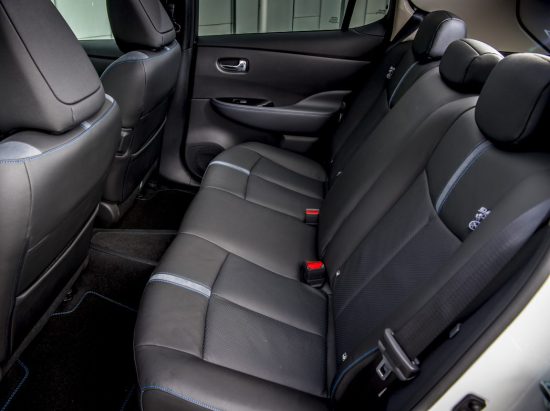 There’s plenty of oddments space for a family throughout the cabin and while the bootspace may not be big when all seats are used it can gradually increase as the 60/40 split back seats are folded, but not completely flat, and it has a very good total capacity when two-up. 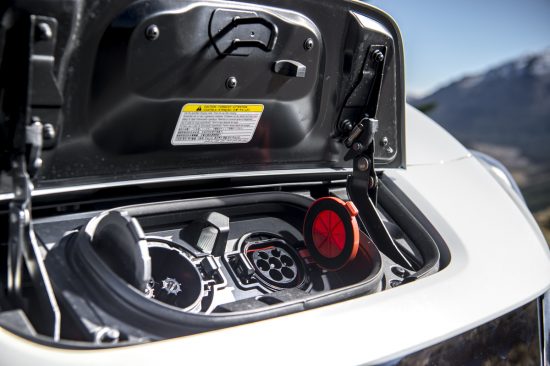 Recharging the Leaf was simple. A small flap ahead of the bonnet opened and you have a choice of slow or fast charge point and fairy long cables are stowed in bags in the rear wings either side of the bootspace. Then it’s plug and glow for however long you need to recharge.

We tested the Leaf over a variety of roads and in different traffic conditions and found the range to be just over 200 miles after each charge.

That’s a really useful range for most when you think the typical commute is actually about 26 miles and the number and location of charging points increases each month. Although the Government intends to boost the network and simplify charging, it’s still cheaper and more convenient to charge at home if you can and use mobile apps to find available charging points if you have a longer journey to do. 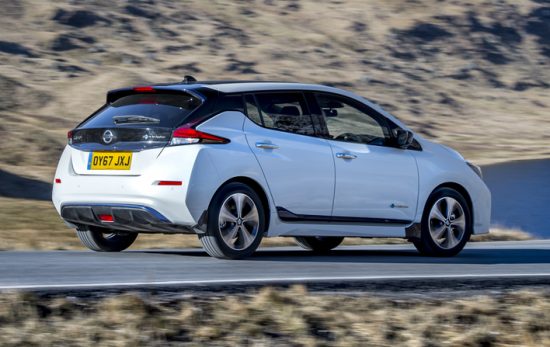 The Nissan Leaf today is a vast improvement over the original and its styling and equipment is comparable to any EV or ICE rivals, but it also beats most of them with its practicality as a family car and that includes its range between recharges. Sometimes being first lasts.