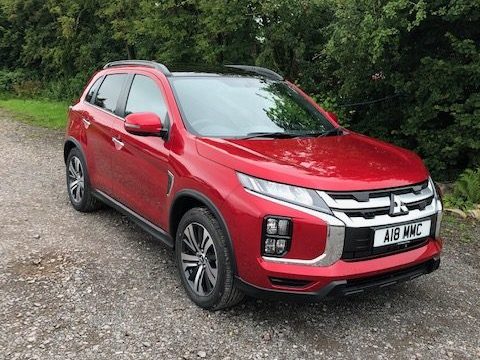 Family-friendly Mitsubishi Motors know how to stir up arguments.

The latest third-generation Mitsubishi ASX is now better able to take on rivals than the immediately preceding products with its bolder styling, well revised and updated interior and cutting edge convenient technology.

For 2020, Mitsubishi fitted a more powerful 150hp 2.0 litre petrol engine and choice of five-speed manual or six-speed automatic transmission with a welcome return to an all-wheel-drive derivative bringing it into line with the rest of the company’s models.

Interestingly, depending on which set of emission test figures you want to use, the ASX Auto has widely different pollution outputs but the Auto is definitely two insurance groups lower than the 2WD manual.

They are much better equipped than before and available in Dynamic or Exceed trim levels with 18-inch alloys on both and new Red Diamond and Oak Brown colours. 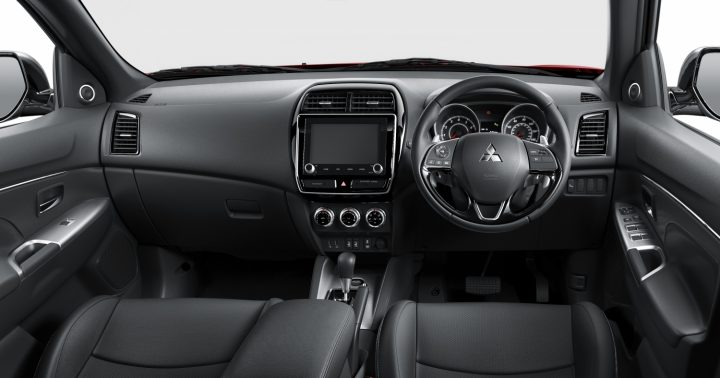 Essentially, Mitsubishi has changed the look of the ASX front and rear while keeping the central section much as before and this means it has the latest LED rear, side, dip and main beam light clusters.

Our red test car was the higher Exceed with 4WD and automatic box and it’s a good combination delivering a smooth and untroubled performance from the 2.0L 4cyl engine, if lacking in outright power and sportiness. 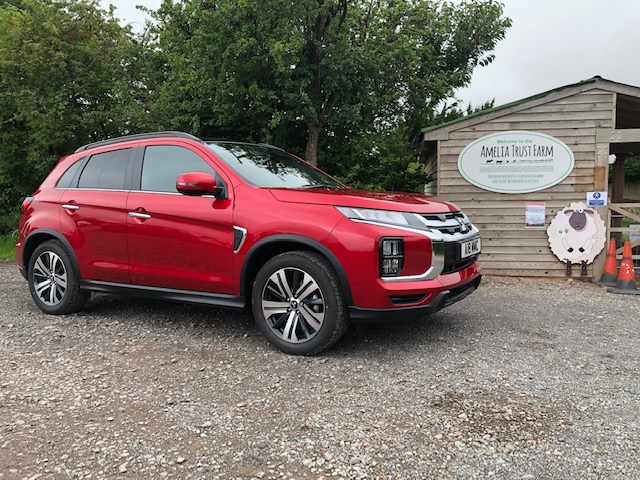 There are up/ down paddles on the column for convenience and it’s a quick and responsive box with very low noise levels. I thought the steering wheel was overly chunky and did not impart a lot of feedback when pressing on, but the car turned well in town and I liked the reach and rake adjustable column. Secondary controls on stalks were partly hidden by the thick spokes carrying the infotainment or cruising controls, but they all worked well when you did need them.

Some secondary switches on the lower central console and lower edge of the fascia were well marked and the 2WD/ 4WD/ 4WD Lock button was just ahead of the autobox’s selector lever on the console. Annoyingly it always default starts to 4WD. With the automatic lever, you could easily move through the settings and into a manual position with the lever, then use the paddles to go up or down the ratios. 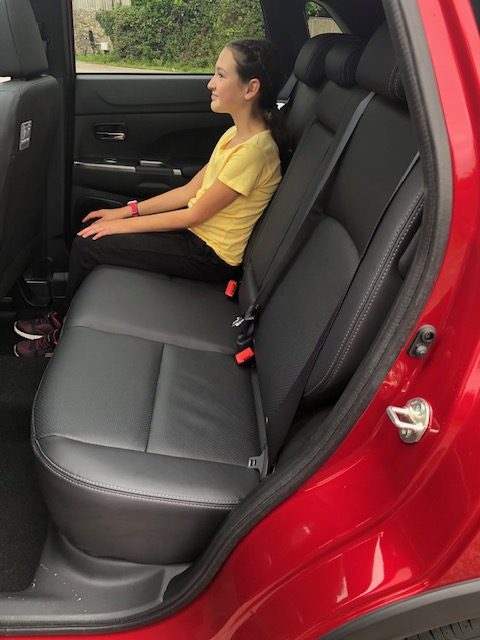 A conventional handbrake was strong, the footbrake had good feedback and assistance and warning lights on the instruments display kept you informed about grip and loss of traction. I liked the small but clear instruments display.

The ASX has a wheelbase of 2.67m and the ride is good, slightly firm over less than smooth roads but never uncomfortable. It’s helped by some very deep and enveloping heated seats infront and nicely supporting offset split back seat with a central drop-down armrest-cum-drinks holder. In fact, it has a lot of space for drinks throughout and its deep door bins and console trays are well up to their family role swallowing odds and ends. 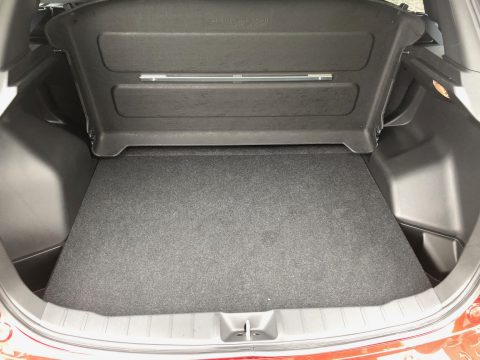 Access is good for anyone and the boot-floor is low and wide but not long and has a quickly removed self-lifting parcel shelf over a flat floor under which is the emergency inflation kit, but no spare wheel & tyre, which is something I dislike.

Once inside the car, space is good but not overly generous if you have four/ five tall people. It’s a compromise to take a 6ft front seat occupant and a similar height rear seat passenger but the headroom is fairly good and elbow-room adequate. The long sunroof adds to the impression of space. 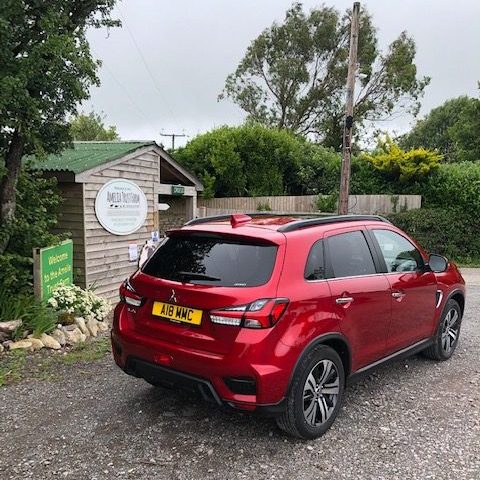 It feels good to ride high and survey traffic around with low window waistline and good sight-lines to the front, more restricted to the back and the reversing camera is almost a necessity as are the rear sensors, but strangely there were no front sensors.

The latest Mitsubishi ASX with its 2.0L petrol engine and 4WD transmission is probably the best so far and while it’s not the most sporting of SUVs its styling inside and out together with modern creature comforts make it an attractive proposition against rivals in this sector. It puts up a good argument for itself against challengers.

Photographed at the Amelia Trust Farm