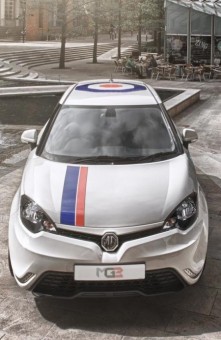 The once-famous sports cars matured into hot-hatchbacks and after a succession of owners they are now firmly gaining ground again with a new range of UK designed models and a dealership network which is steadily growing.

With final preparation once again in Longbridge for the cars made in China, the is a simple line up of small and medium sized MG3 and MG6 models, but by far the best selling is the former.

Its not hard to understand why after a week behind the steering wheel of the MG3 Form Sport, the third most expensive in the four car range labeled Time, Form, Form Sport and Style.

The range runs from £8,400 to £10,000 approximately and share the same powertrain but have different decals, trim levels and equipment. The near Ford Focus sized MG3 Form Sport handsomely undercuts its rival on price and lacks little in terms of refinement although its not as well equipped.

Whether or not you like the styling of the MG3 is a matter of personal taste but it certainly stands out on the road as being different, eye-catching, and usually prompts comments from other drivers in car parks.

The 1.5 litre engine is a real little workhorse. It starts immediately and with little hesitation its pulling well through the five manual gears with their sensible ratios giving reasonably quick acceleration and allowing good economy on main roads.

Noise level is very modest from the engine, rising more noticeably when pressed in the gears, while other mechanical and wind noises are low. You can hear some tarmac patter but it’s not really intrusive. 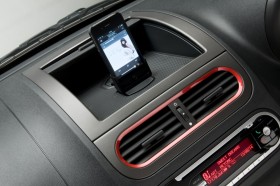 The smoothess of the ride is matched by that of the powertrain and direct gearchange, the progressive steering and well balanced strong brakes.

The parking brake securely held it on our test slope.

Secondary switches are close to hand and clearly marked, the instruments simple and clear with plenty of warning lights for the essential levels.

The climate control is also straightforward and works well backed up by standard powered windows all round and the system kept the interior at the chosen level with good output, temperature control and distribution. 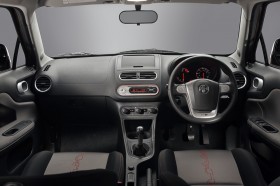 Oddments room was good, not generous, the boot taking a small 285 litres which could be increased to 1262 litres with the back seats down.

The nominal small boot space is probably the weakest point of the MG3 design, but it does mean you get reasonable rear seat legroom. 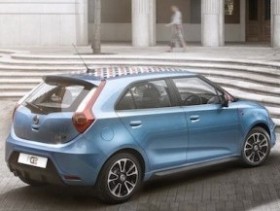 In front the space is much better and the seats have a useful adjustment range, with easy access and good visibility when seated or driving, helped by effective wipers and headlights.

The comfortable, slightly firm, ride is matched by good feedback from the steering, a near neutral balance to the chassis and handling, and good grip on dry roads.

I think it’s only a matter of time before the MG3 becomes a favourite with younger drivers who want something different, simple and not too expensive to run. Then the MG3 will be truly reborn.