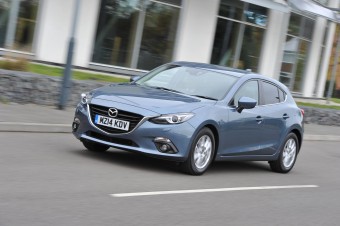 They don’t make much fuss, just very good cars, that seems to be the thinking behind Mazda, writes Robin Roberts.

Never afraid to go out on a limb with ideas, Mazda is now enjoying a boom with models that have a mainstream appeal, but all delivered with that something extra which Mazda has worked hard to create and develop. The result is that with the new C-sector Mazda3 is enjoying stronger than anticipated demand for the 36 models, nearly all hatchbacks, with three petrol engines and one diesel. They cost from £16,640 to £23,290 depending on one of four trim levels.

Our Mazda3 2.0 Sport Nav is towards the top of the range and had the mid-power engine with comparatively low emissions.

It is among the cleanest low emission petrol engines for its size and while its power output and economy are not standard setting they are both good indicators.

The ease of power delivery and acceleration through the six gears is very good and it seems to revel in whatever was asked of it.

Power comes in steadily and the neat gearchange means you can swiftly move through the box helped by a light and delightfully progressive clutch. It was a real delight to drive in town as much as on open roads.

Allied to this was a well weighted braking system so you needed only gradually increased pedal pressure to effect rapid deceleration with utter control, and the parking brake held it very safely on any slope.

The secondary controls were precisely placed to come to hands as required and they operated with a welcome lightness and feeling of quality. Instruments were simple, straightforward and clear backed up by the usual warning lights.

I liked the easy to understand, use and effective climate control which filled the cabin with air at set temperature and was backed up by full electric windows.

Oddments space was reasonable, not generous, and the boot space was good behind a high rear panel.

Access was very good in the front but the door openings into the rear seats were noticeably smaller and the roofline meant passengers had to duck down more than they might expect.

Once inside the room was very good infront and reasonable in the back and the front seats had a wide adjustment range while all were very well shaped and supporting.

The Mazda3 coped very well with any surface even if you could hear it absorbing the worst bits under the wheels and its stayed firmly planted on the tarmac through tight bumpy corners and had a near neutral attitude to quicker corners.

It felt well balanced on the road, with no nasty vices to catch out the unwary driver. 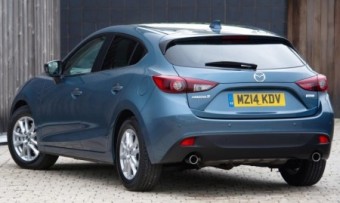 Performance was respectable and usually very quiet even when pushed while the economy was good at a little over 40mpg in mixed conditions.

This ease of driving character and the way the controls both major and minor worked together with the very low noise levels and high quality fit and finish inside the stylish cabin certainly rank alongside much more expensive small executive cars from the best of European manufacturers.

The Mazda3 is certainly a highly desirable car at the price and it’s time more fuss was made of it.