Lexus has come a long way in a short time with its luxury compact SUV NX450h+.

Launched in 2014, the Lexus NX range brought a new player into the compact luxury crossover sector and it made significant inroads before being replaced in 2021, but it’s still based on the latest Toyota RAV4 platform with refinements to the suspension. And that’s no bad thing. 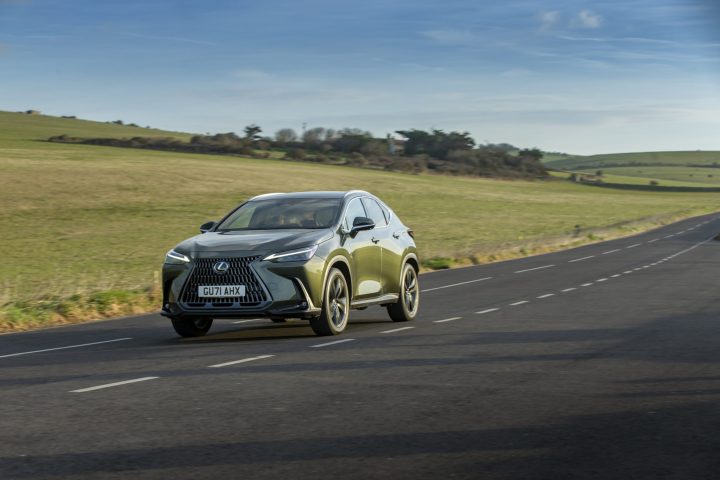 The second generation introduces the first PHEV version, as tested here, of the Lexus NX range with a 53bhp electric motor aiding a 252bhp four-cylinder petrol engine and gives the car all-wheel-drive ability with traction spread shifting as detected and needed. It takes 2.5hrs on a 230v/32A charger to reach 80%, the battery range is 43 miles and it comes in a choice of four trim levels with significant differences to the infotainment system and sunroof options.

The 2.5 litre four-cylinder petrol engine is a beefy bit of kit and with the electric motor spinning as well it has a good turn of speed and very reasonable pulling power almost immediately from standstill. It is not the quietest of engines we’ve experienced in the Lexus stable an is most noticeable when idling or running slowly and the electric motor is not being used. 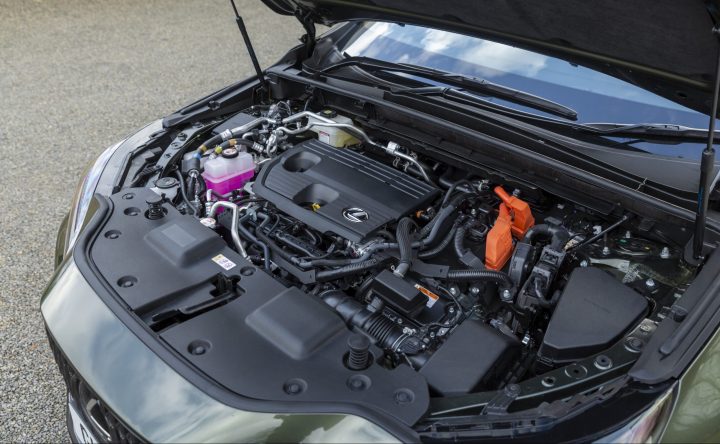 The driver can select economy or power modes or let the car decide the most appropriate at any time to maximise or minimise electric/ battery assistance. Whichever mode is chosen the powertrain always returns a silky smooth performance switch between either or combining both.

It has one of the best transmission systems of any model with silent, imperceptible changes whether going up or down the ratios and however abruptly the throttle or brakes are applied.

Acceleration to the national speed limits is very good and it can be deceptively fast due to the lack of noise when underway or cruising along motorways. 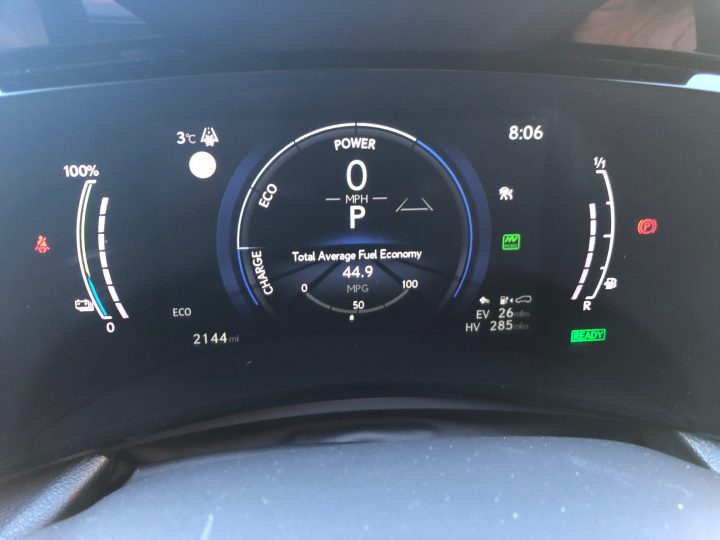 You can watch the fuel consumption rise or fall depending on how hard it’s driven but it was always surprisingly good even if it was a long way off the manufacturer’s official figures. The EV-only mode gives it a 40+ miles range and that is really good enough for most commuters on a daily basis but if you have to recharge and plug into a 230v/ 32A supply it will take a lunch and coffee break to return to 80% charge.

Depending on where and when you recharge it will be significantly cheaper than using the equivalent amount of petrol to cover those 43 miles. 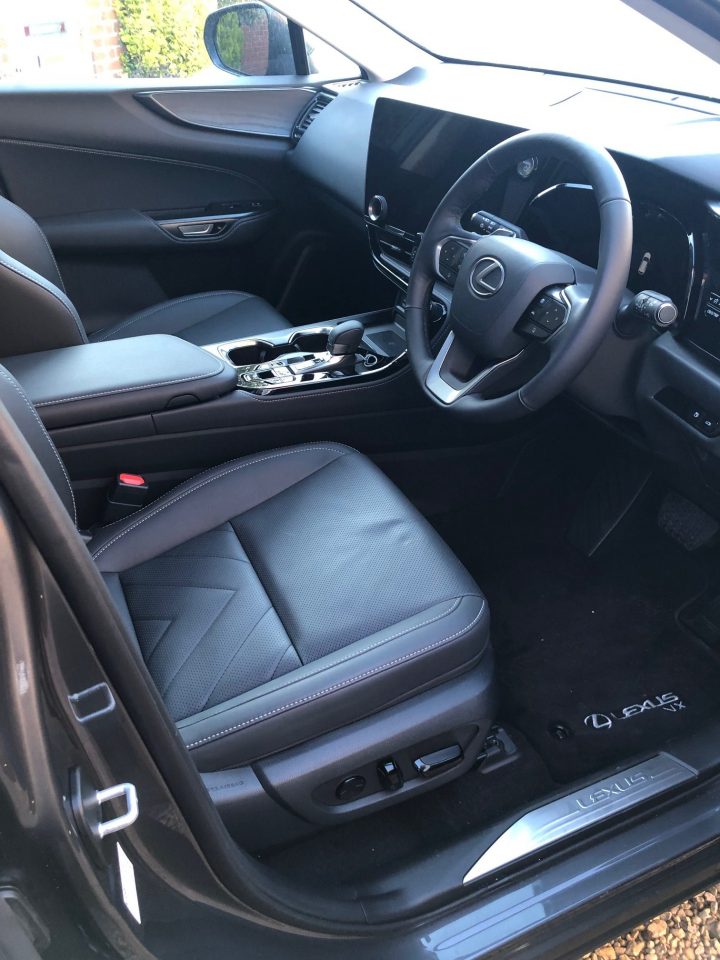 With the petrol engine hybrid assistance you’ll never be stuck if you cannot recharge roadside and that means the Lexus NX450h+ is ideal for long journeys where its comfort and sophistication really come into their own.

The car’s steering feedback was slightly dull but it had a good turning circle and was vibration-free while the big brakes really dragged down speed in an undramatic yet effective way with minimum driver effort and the parking brake was strong on our regular test slope.

Suspension by front coils and rear links really put down the power very well on any surface, soaked up the worst bumps with little complaint and it did not suffer from body roll, pitching or dipping.

The composure of the ride and handling meant it could be safely and confidently hurried along twisting roads of any surface and never gave a moment’s cause for concern. It was a true Sports Utility Vehicle.

The Lexus seats were among the most comfortable we’ve ever experienced including those in six-figure luxury saloons, with immense adjustment range and heating/ cooling elements to precisely tailor to an occupant’s wishes. They were very supporting, wrapped around the user and absorbed the minute shocks which got through the car’s springing.

Access to them was good as it was to the loadbed with its higher set floor just below waist level. The boot area was well shaped, flat and wide with some restrictions to height and length but once the rearmost seats were folded donwn the capacity dramatically increased, although it was not as large as you might have expected. 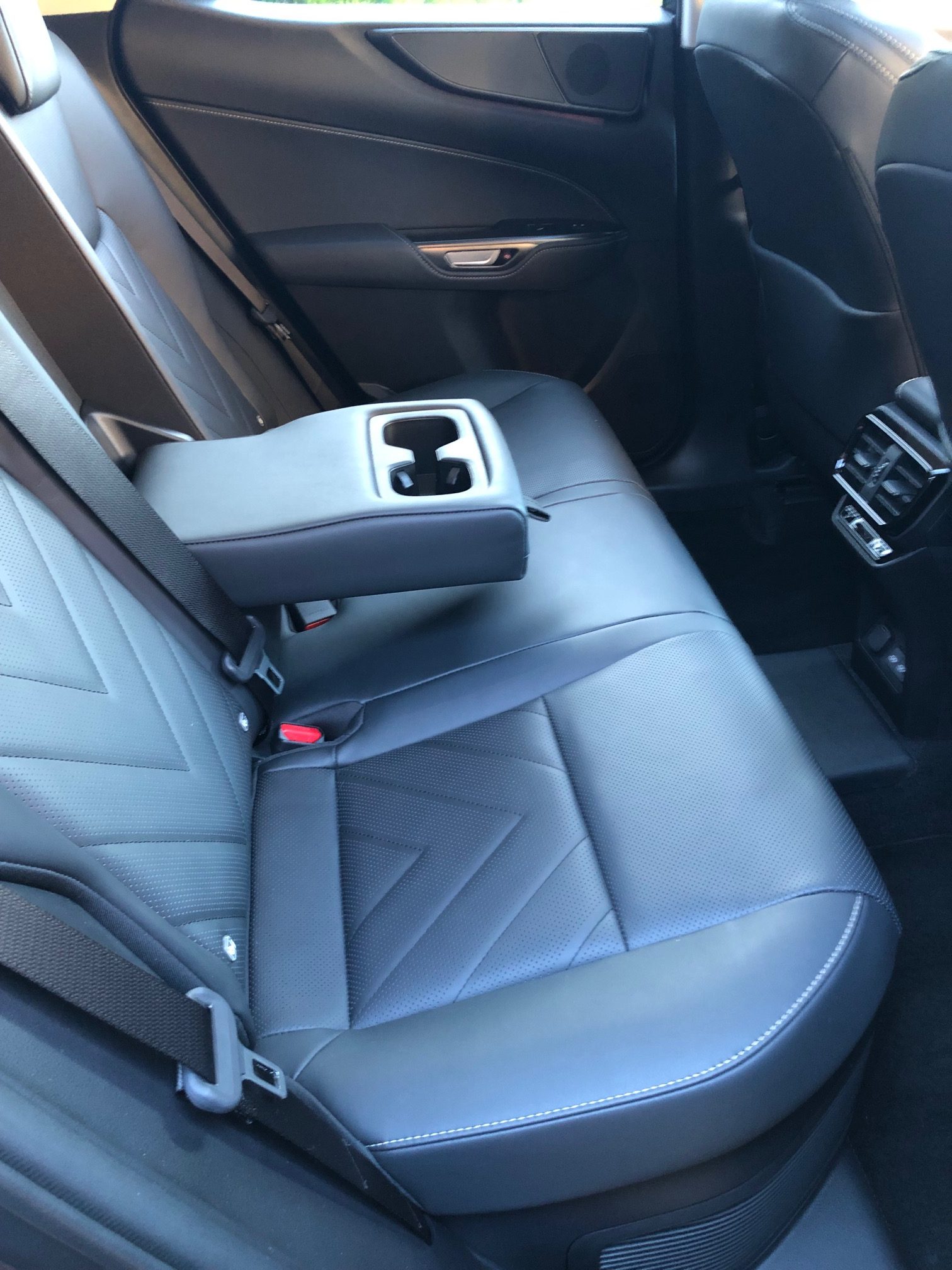 Occupants had a good number of places to stow on-journey oddments infront or behind, the heating and ventilation was excellent throughout and the sunroof was a real boon on a couple of warm days.

For the driver, all the major and minor controls came immediately to hand and foot and the secondary switches were plentiful but needed some familiarisation. The instrumentation was very comprehensive and displays could be changed to highlight certain features and modes but all were clear and easily read in any lighting conditions.

Turning to the lighting, the NX450h+ had some of the brightest headlights we’ve ever used with incredible range on main beam and then automatically dipped to a wide and clearly defined shorter beam, and  the technology in the units decides on the optimum setting. Big windows, wipers and strong washers aided driving in bad conditions.

The high waisted shape of the Lexus NX450h+ has evolved over seven years development but there are still some blindspots when pulling out into traffic or reversing into spaces so you have to rely a lot of the radar and sensor technology to keep you safe and the rear cross traffic alert saved us on a couple of occasions. 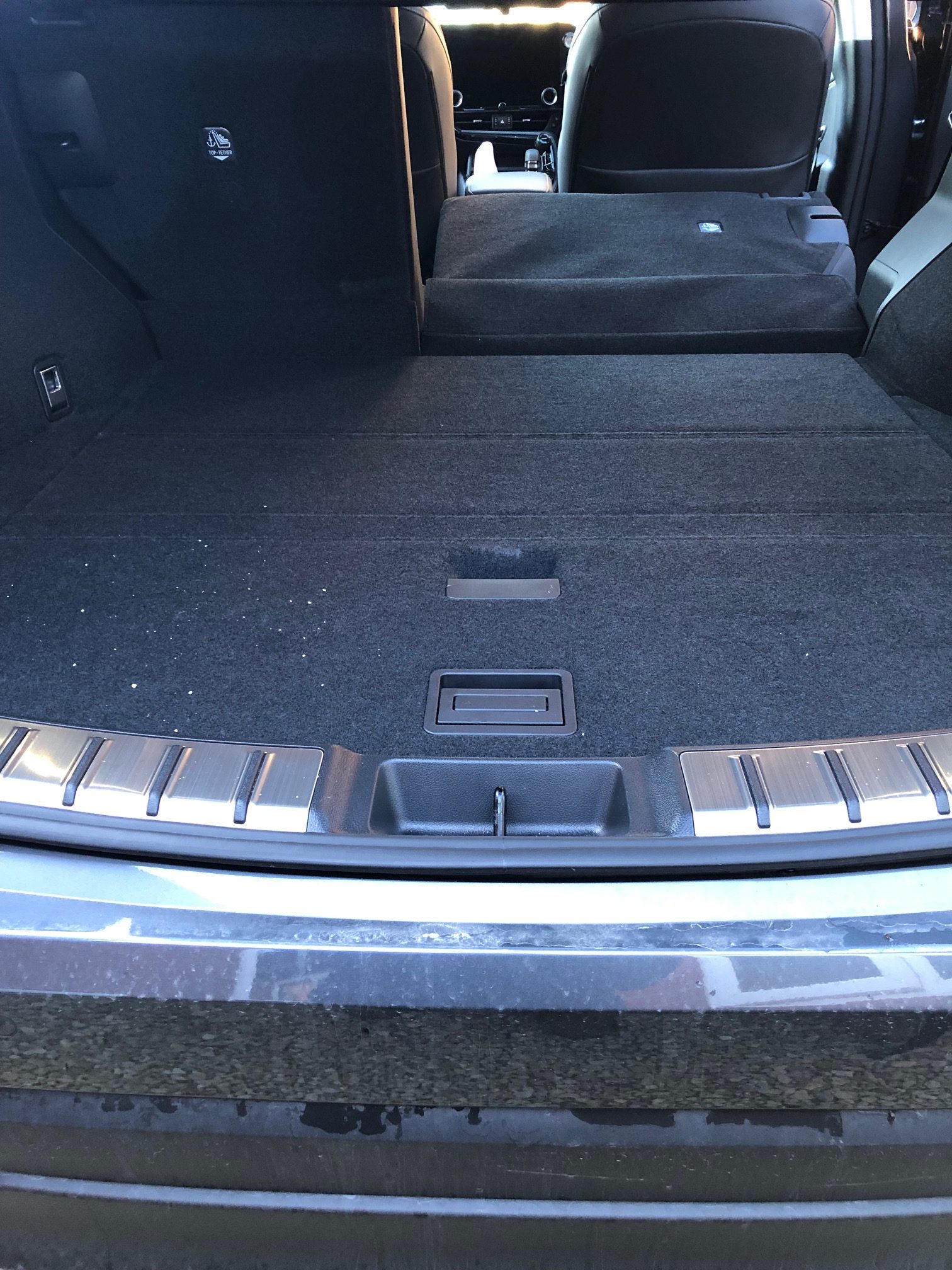 Intelligent lane assist, cruise control and pre-collision systems imbued a feeling of safety at all times but the E-latch and safe exit were new features I found a bit confusing at first.

Performance was very good, you could let the powertrain do its own thing or have a hand in the events with paddles for up or downshifting and the system always flattered the driver by its smoothness.  Handling was both comfortable and capable depending on what settings were selected and instantly changed the car’s character.

Noise levels were generally low, the slow speed rumble from the big four cylinders the most obvious and a little tyre noise was generated over some surfaces but wind and other mechanical sources were very muted.

With its deep, open-mouthed lattice-grille, narrow lights and muscular arches, the Lexus did tend to turn heads like few other SUVs, including those from more familiar marques. It may have been slow to appear but it leaves a lasting impression. 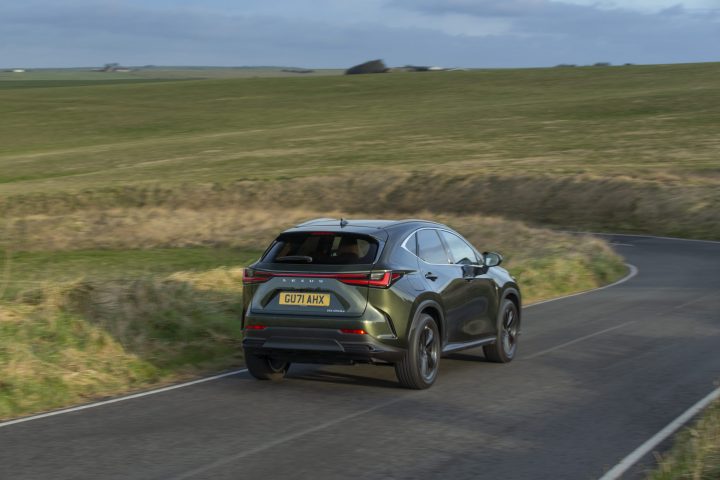