Pitching against some of Europe’s best compact family cars, the Kia Ceed is now more competitive than ever.

This third generation of the five-door hatchback to be built in Slovakia launched last year, gives nothing away to rivals and beats most with its equipment and value. 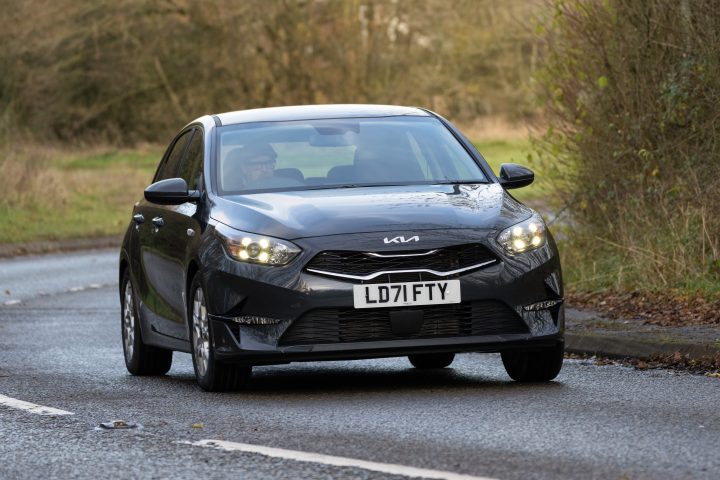 But that’s almost doing it an injustice because it actually drives extremely well too with front strut and rear multi-link suspension putting it in a sporting class while doubling as a load lugging family hold all as well.

It’s the third best seller in the Kia range and comes in a selection of seven versions based on two petrol and one hybrid diesel, three transmissions and trim grades. Kia Ceed models have been made in Slovakia since 2007. 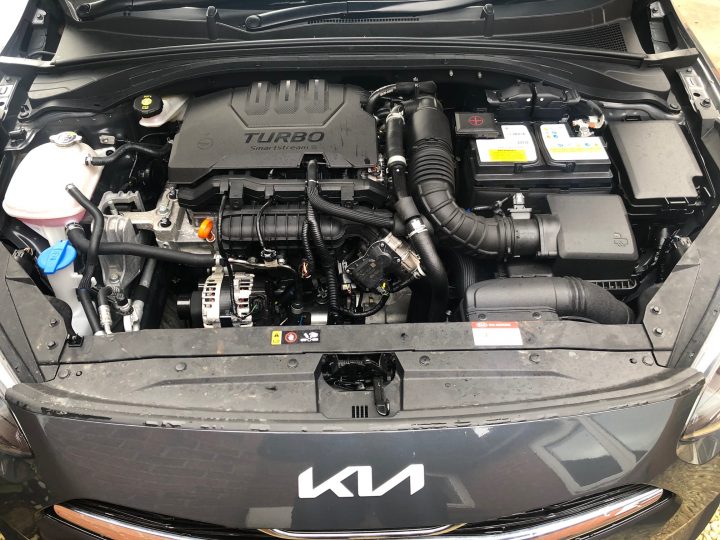 We tested the best-selling entry level Grade 2 1.0 litre triple-pot engine with standard 6sp manual gearbox but you can order a more powerful petrol or hybrid diesel in the hatchback style.

Kia engineers have very carefully developed the little engine to make it smooth and responsive as well as economical with modest emissions at the tailpipe and it comes with an automatic stop/ start function to stretch the miles per gallon.

It all worked very well on test and although we tried our best we could not managed to get it above 50mpg, but were extremely close to doing so. 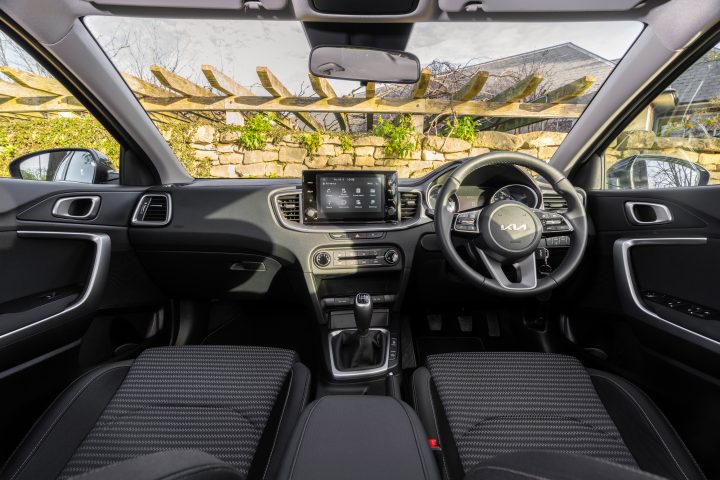 Having a smooth easy changing six-speed gearbox with really well chosen ratios and visible reminders to change up is key to the Ceed’s economy. We found it was possibly too long-legged for our hilly test route and needed frequent down-changes to pull along and maintain progress, but it was utterly composed on two 50-mile motorway runs.

No-one pretends the Ceed 1.0 GDi is a performance family car but it’s handling is surprisingly good and suggests it could easily take a lot more power while providing a very comfortable ride. 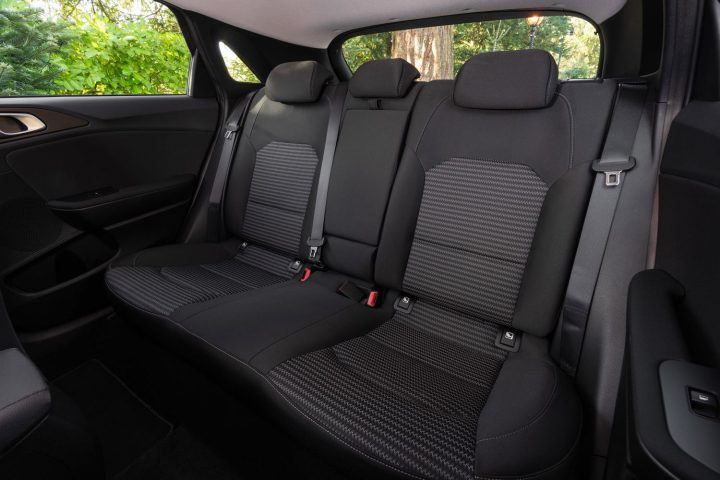 Those infront have good seat adjustment and legroom but its slightly shorter for three in the back, although all found the seats comfortable. Oddments room throughout was good even if the compartments were not huge, while the bootspace was adequate but not generous unless the seats were folded, and it was easy to load and exit.

For the driver, everything came to hand and foot as it should and everything was logically laid out on the wheelspokes, low down on the fascia or more prominently on the central console to control heating and ventilation. We liked the dynamic and static safety aids for the driver on the move with  lane warning and traffic ahead alert and even just when parking with an excellent reversing camera and sensors. 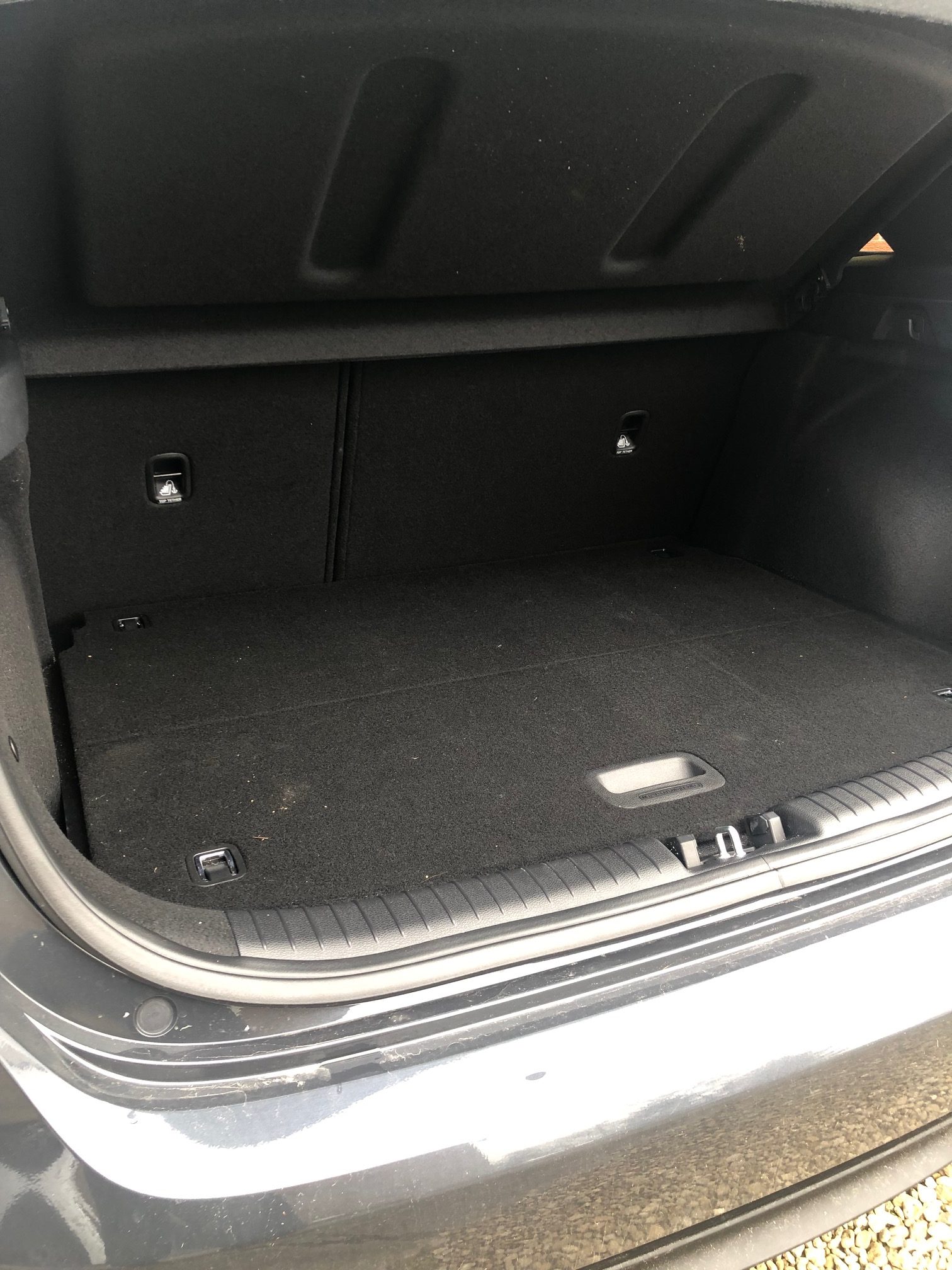 The markings on the lights and wash/ wipers stalks were hidden from view however.

The central 8-inch display for infotainment was very clear and well marked as were the driver’s speedometer and tachometer instruments with supporting dials for fuel and engine temperature.

We liked the big front and rear windows, deep side windows and the wash/wipe but thought the intelligent headlights were slow responding and not particularly bright or wide unless you were on main beam, when it was much better.

Noise levels were surprisingly low for such a small engine when it was pushed hard through the gears and it really was very composed at the legal limit on motorways. Wind and other mechanical noises were modest and it was only the occasional suspension bump-thump which could be heard.

It might be a fairly ordinary family car on paper, but its refinement puts it above many competitors and it would embarrass larger challengers costing significantly more money, particularly when you consider its very good seven years’ warranty.