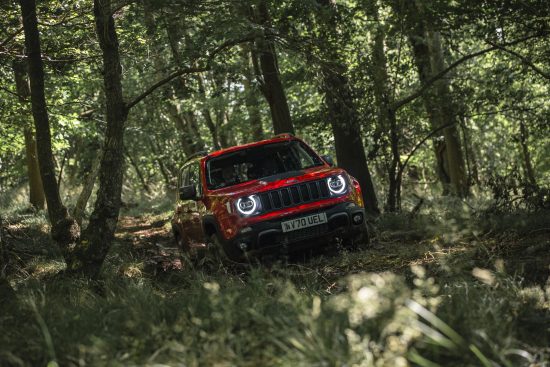 Jeep’s landmark position in the off-road sector is now joined by the Renegade’s claim to fame as the first of the brand’s electric models, writes Robin Roberts.

The Renegade was a defining vehicle for the brand being the first Jeep model to be made outside the US.

Although based on the platform under the Fiat 500X and 500L models, which are also part of the Stellantis parent company, it has been developed in true Jeep fashion and comes with the excellent Trailhawk 4×4 xe Plug-in Hybrid Electric Vehicle system at the top end of the series. This is the model we tested but you can also buy the front wheel drive only versions of this subcompact SUV.

Sellng alongside Limited and Longitude models, our 4xe PHEV Trailhawk automatic costs £36,500 but with parking pack, function pack, charging cable and temporary spare tyre it added £2,600 and took it just over £39,000.  That pushes it close to the highly punitive upper tax class ceiling of £40,000 so you need to carefully pick any accessories or pay much more in tax for five years. 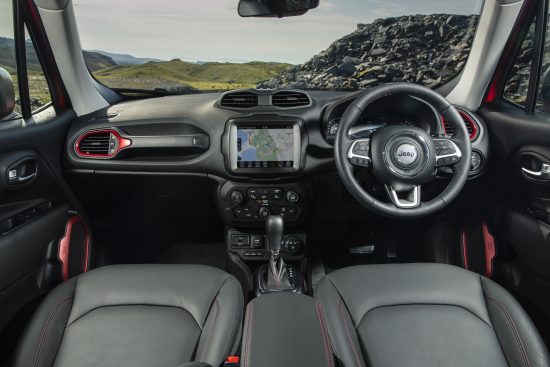 It is bigger than the Ford EcoSport and Citroen C3 Aircross but smaller than the Renault Scenic and Mitsubishi Eclipse Cross, while a very close rival to the MINI Countryman PHEV. Using the familiar 1.3 turbo-petrol engine form the Stellantis stable driving the front wheels, it gets a 59bhp electric motor working the back wheels so it’s a genuine all-wheel-drive car in finest Jeep tradition.

It always starts off in electric power and you can select hybrid mode by a switch or firm throttle pedal push and it has an e-save mode to maximise economy. 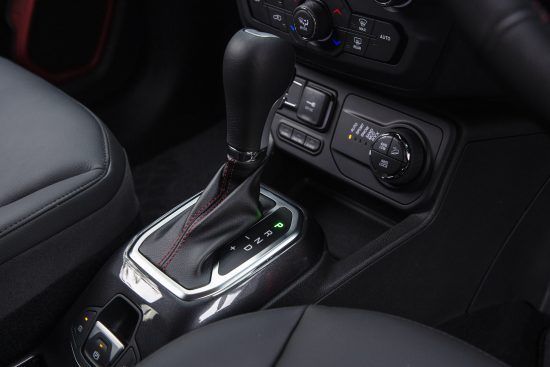 The e-save electric system will regenerate a charge when cruising, braking or descending a hill and it can make a surprising difference over the shortest journey distance, while also aiding the petrol engine. Pure electric range is 26 miles and it takes 4hrs to fully charge on a three-pin plug or half that time with a quick charge, but it does not support a stronger rapid charge.

The electric motor will push it to over 80mph, but to stay legal or stretch the battery the hybrid button can be pressed and then the 1.3 petrol engine comes in, not silently but firmly, and then you’re on your way and ready to hold the charge for when needed.

Using the E-save button gives you the best compromise for any drive but it also seems to generate some peculiar noises as the two power systems work alongside each other.

Electric mode gives a silent and responsive feed when you have to pick your way off-road and its extra ground clearance is a genuine boon, so with zero emissions and near silence it is probably one of the “greenest” cars you can take down to the woods today, or nearly anywhere else for that matter.

On road it has good but not remarkable performance in a straight line when pressed to perform and while it grips well thanks to the four wheels biting, it can roll around corners and the steering is not as precise as I like.

Brakes are strong with light pressure and it securely held on a slope we use to measure other test cars. 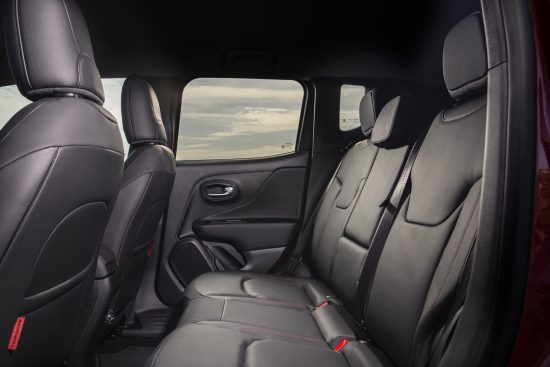 The added weight of the battery pack might have improved the ride as well but different spring rates to the 2WD stablemates could also be a part of the improved comfort and the seats were supporting with a reasonable adjustment range. I liked the room in the front but those behind lacked shoulder or elbow space.

When three abreast although none complained about poor headroom. With the back seats used, the boot space is not particularly generous but access is very good.

Visibility is fairly good all round with sensors and camera to aid reversing and parking. Wipers are big and headlights bright.

For the driver, every control came to hand or foot as it should and the automatic six-speed box was smooth if not very quick in action and it also seemed to hunt for ratios at times but it’s manual selection was convenient if preferred. 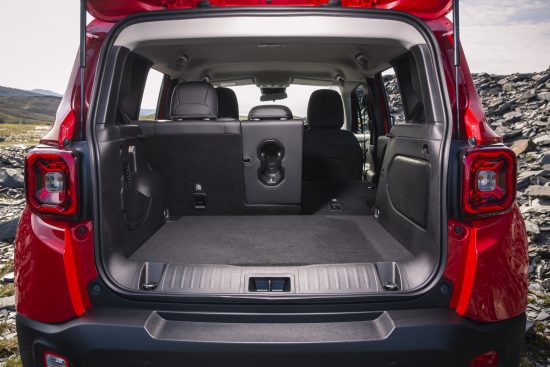 Secondary controls were on the spokes or column stalks and worked well with some switches on the lower fascia or console. The speedometer and tachometer infront of the driver were clear if small and the display also showed various functions with the larger screen atop the console for the comprehensive infotainment.

Heating and ventilation was simple and worked well, the oddments room was reasonable throughout but compartments were on the small side.

What surprised me most about the Jeep Renegade 4xe was its seeming thirst for fuel. We occasionally saw over 40mpg recorded but overall it was well below that.

Perhaps we had not mastered the intricacies of the powertrain but instead expected not to have to change our driving style for the model. 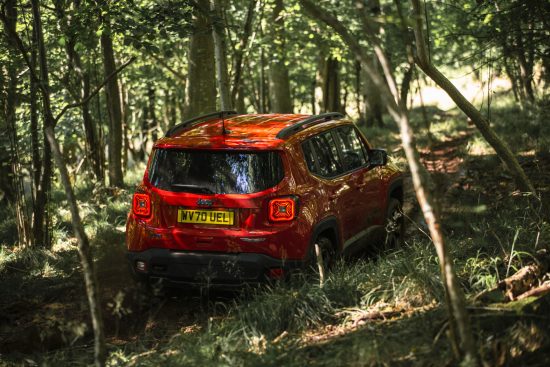 It’s a good bit more expensive than other Renegade models in the range and the fuel consumption on our test would not outweigh that extra expense even if the BIK rates were tempting to the buyer or user. The Jeep Renegade Trailhawk 4xe is certainly not a game changer but it is a more capable off-roader than many rivals in the sub-compact sector.