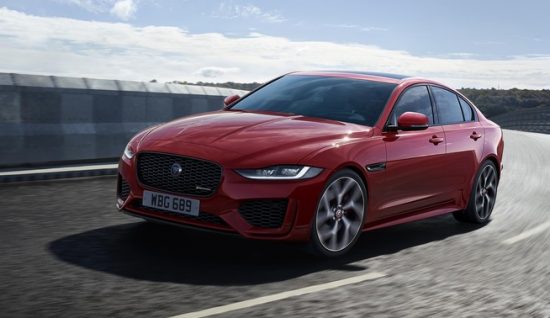 The Jaguar XE series was introduced in 2015 to replace the X-Type and has been refreshed over six years so it now comprises more than a dozen models using the same four-door saloon body with petrol or diesel engines in rear or all-wheel-drive and five trim levels from standard to highly sporting as befits Jaguar’s heritage.

It still makes sense if you drive a lot of miles to choose a turbo-diesel and the Ingenium unit made by Jaguar in the West Midlands is one of the best. 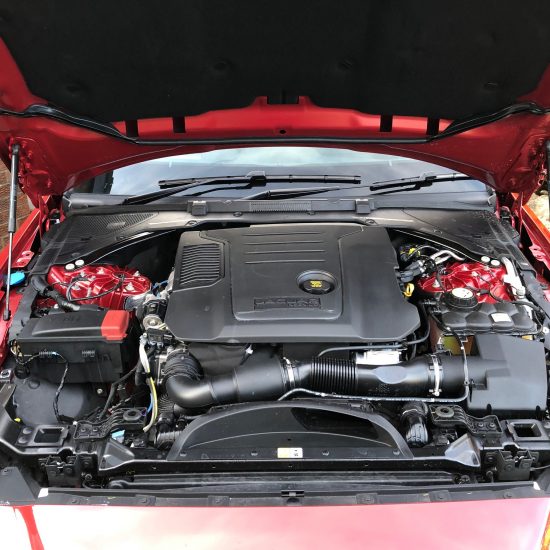 With an electric motor assisting to provide added smoothness and boost, the powertrain is surprisingly strong for an engine of fractionally under 2.0 litres.

What’s more, the familiar diesel-donk is absent when starting up or moving slowly and combined with automatic cut-off when stationary, the engine’s fuel economy is very good.

We occasionally saw over 50mpg returned, mostly at steady motorway speed but also on good main roads, and only when you started working the eight automatic/ manual gears did the consumption worsen.

The good pull of the engine and electric motor gave it a very respectable acceleration from rest or when overtaking in the intermediate gears and with eight working for you the long-legged motorway stretch was no effort but economical as well. 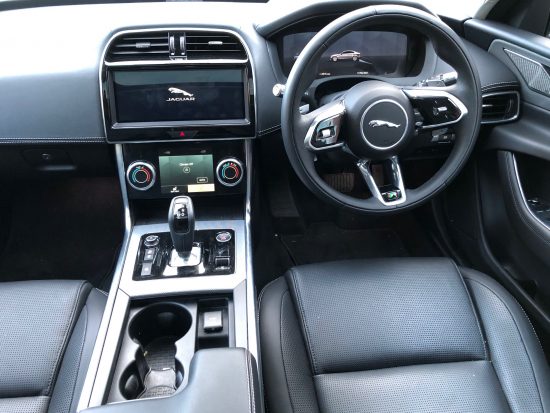 Changes were quick and clean with no hesitation or jerkiness whether going up or down the box and the power steering imparted a lot of feedback as well as being positive at any speed.

Our test car had the larger brakes as part of the dynamic package and they really slowed the car without drama, while the parking brake securely held it when required.

The XE already has one of the best handling characteristics thanks to its unitary body and lightweight suspension components but its raised again with the dynamic pack to aid traction control in any weather conditions and ensure the power is getting to the road without losses or drama.

My test car was only rear wheel drive but you’d hardly know it because the XE just held on well to corners and communicated what each 19-inch diameter and wide wheel was doing. 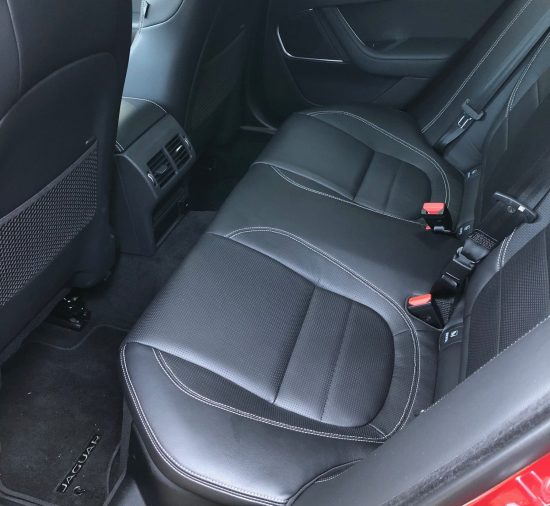 Despite this sharpness of responses, the suspension smoothed out the worst roads and really soaked up the ridges and broken tarmac like a much bigger car with a longer wheelbase.

The seats were a perfect match to the suspension, well shaped and highly supporting, even in the back although leg and headroom was tight for those above average height in the rear.

At 6ft, I noticed I had to consciously duck down to drop into the driving seat or clip my head on the A-pillar and roofline, so small is the aperture. Once inside the room infront was good and everything conveniently came to hand. The seats electric adjustment range was very wide and with the manually adjusted column it was possible to get a very good driving position. 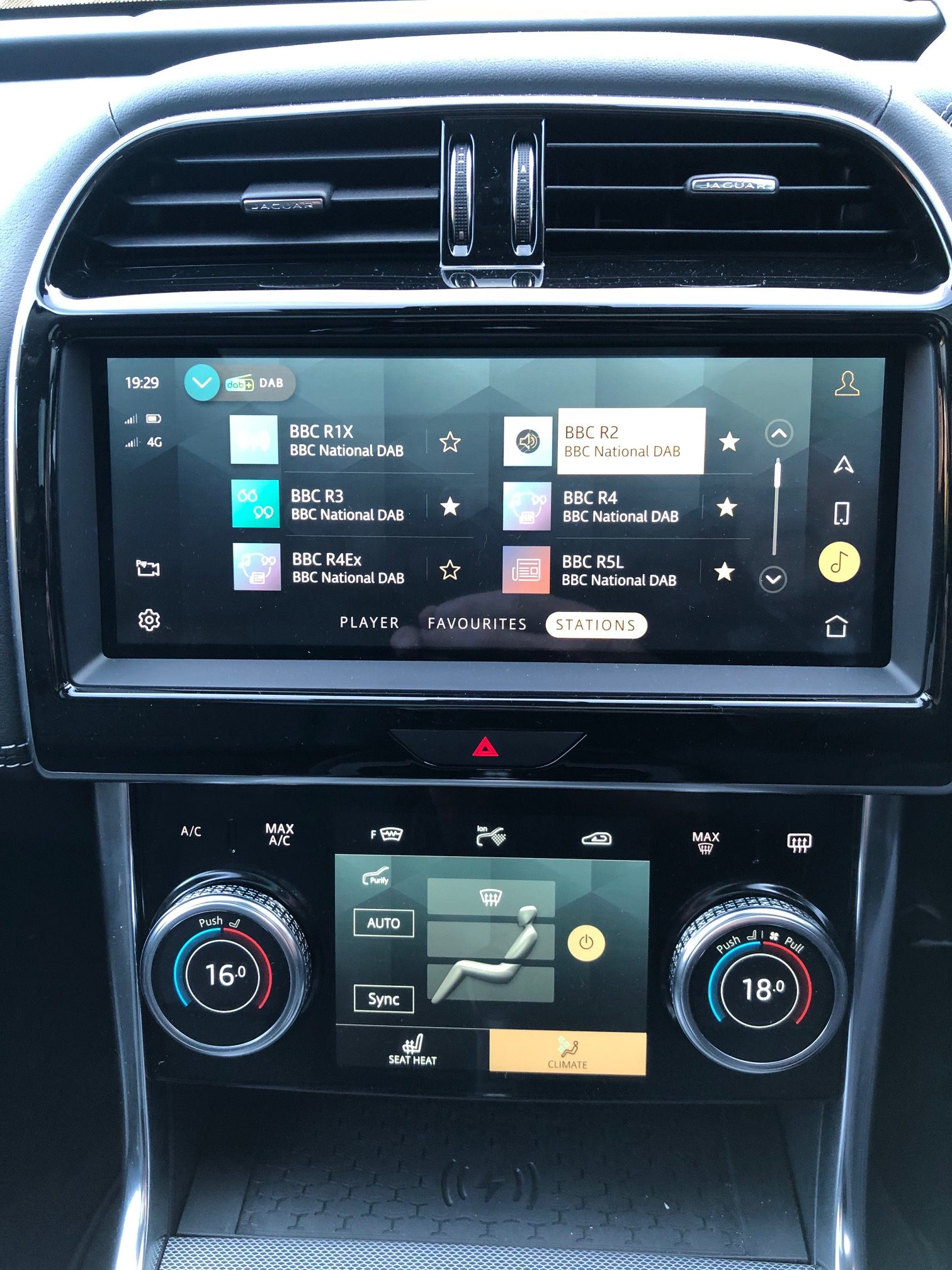 The major controls layout was very good but the secondary controls were more haphazard and sometimes complicated to the extent it was distracting from driving to alter climate control or select a feature from the infotainment.

The climate control was fiddly to use, combining seat heaters into the same rotary dials, but it worked well and was comprehensive and quiet backed up by powered windows and a truly enormous sunroof. The sun attenuating windscreen is part of the technology pack and worth having to keep the interior cooler.

Oddments room was plentiful but each compartment was  small or shallow and some things would just fall out during cornering, except for the deep cubby-box between the front seats. 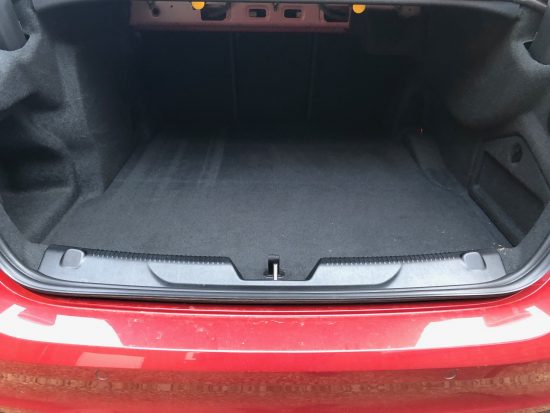 Luggage space was reasonable but not very large for a four/ five seater and it lacked height for bigger items which could be shoved behind the rear seat-backs.

The flowing shape of the cabin did create a blind spot over the shoulder when emerging into traffic and you appreciate the radar warnings in the door mirrors.

Noise levels were low. The most noticeable were the tyres over coarse surfaces, but wind wuffle was modest and the engine was muted most of the time unless pushed through the intermediate gears. 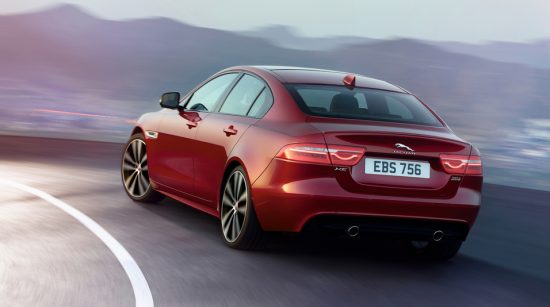 Overall, it oozed refinement and sophistication and the more I drove it, the more I appreciated what a good package it was, although I would have to carefully pick the options to satisfy myself it was really good value for money.

Our test car was fitted with approximately £7,500 extras which included large sunroof, technology and dynamic handling packs, high contrast wheels, and upgraded sound system among other features. That’s a lot to pay but we all tend to spoil babies.