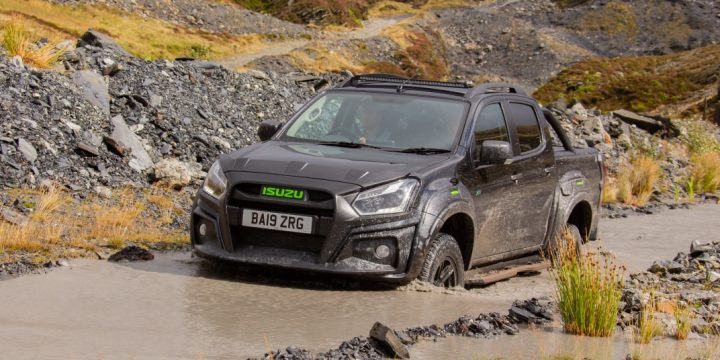 The Isuzu DMax is a first team player in the Pickup sector.

The official supporter of the Welsh Rugby Union has gone for the niche serious off-road and utility market with its 23-strong range of mostly double-cab but also a solo single cab and extended cab models.

As one of Japan’s oldest motor businesses started in 1916 building its experience making Wolseley cars for East Asia, Isuzu developed with an ancestor to Nissan and in the 1970s with General Motors in America before it came to the UK in 1987 with a mixture of 4×4 Jeep-like cars but also a rare Piazza sports car. 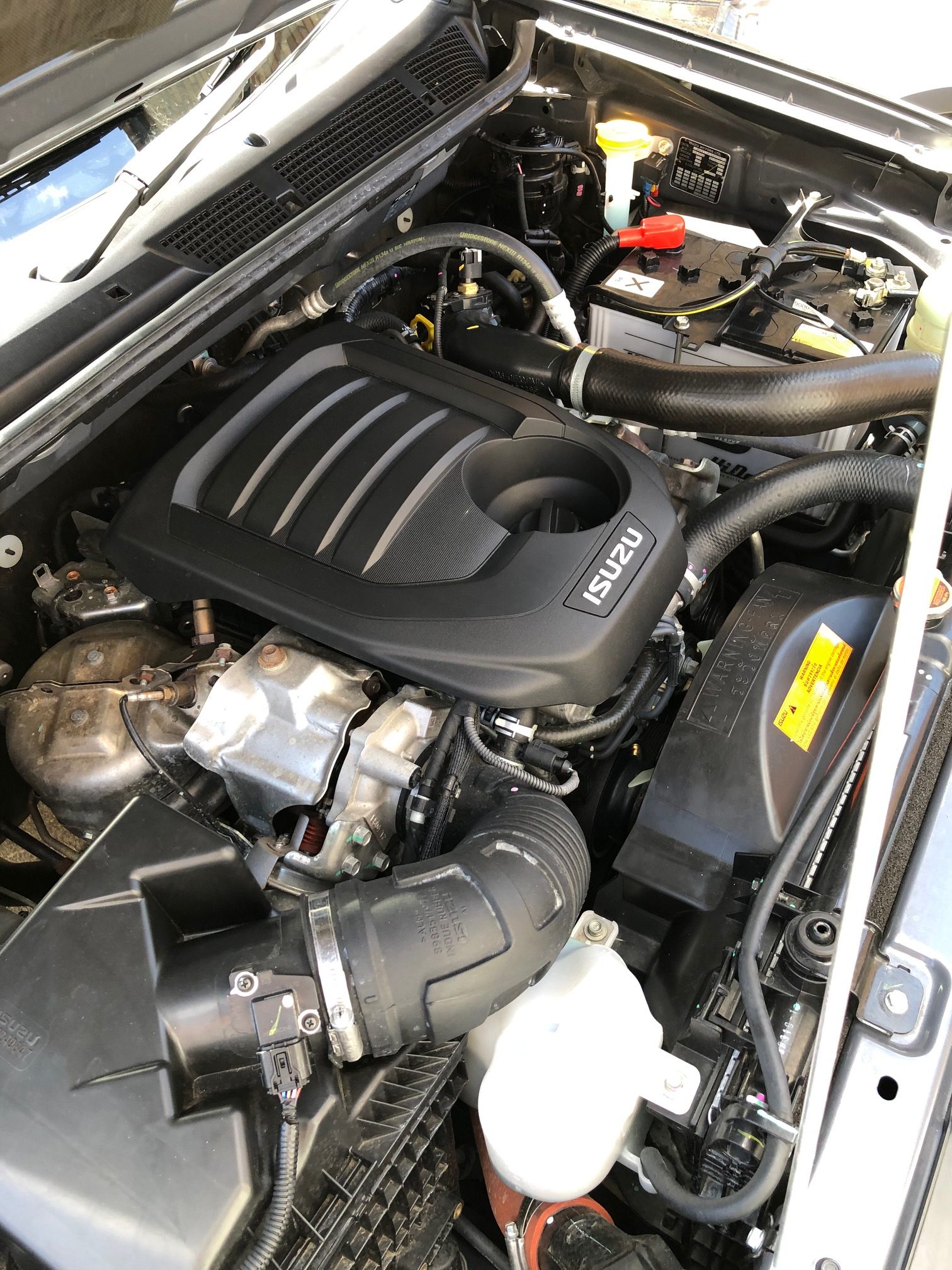 It’s a very defined and purposeful range which also caters to true outdoor adventurers and country dwellers and not the weekend cottage set.

Our DMax XTR test model sits between the practical and the extreme off-roaders. It’s very much a back to basics turbo-diesel of modest capacity but big ability nevertheless, thanks to a bomb-proof but not very user-friendly six-speed manual gearbox operated through a long-travel and weighted clutch. 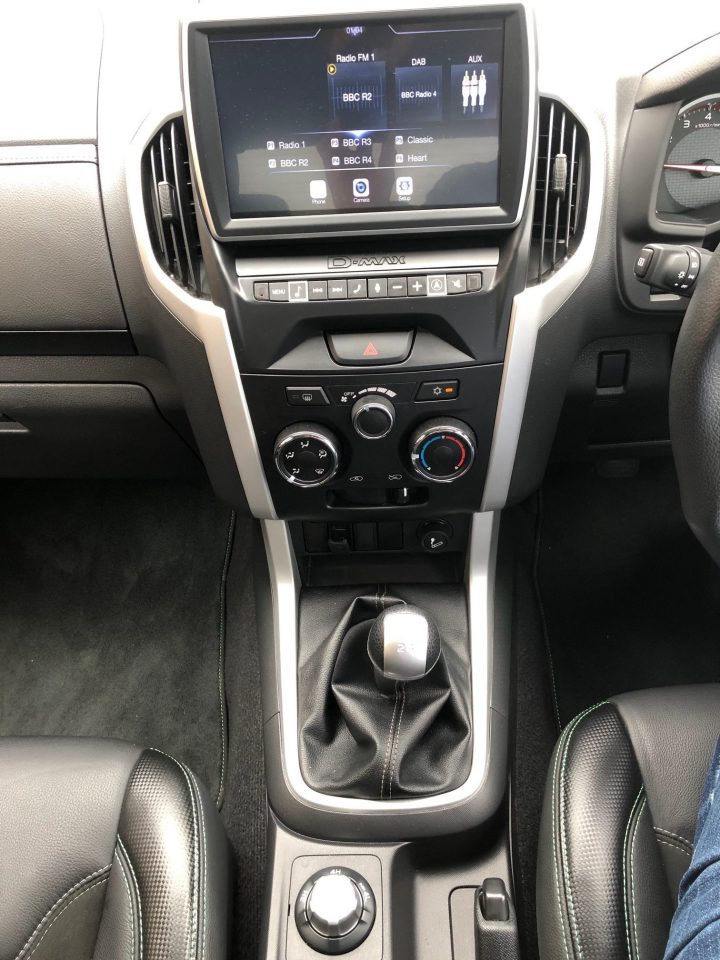 I found the gear ratios were a wide mixture of short and long, so you can easily get moving with a heavy load but then find the top pair are much more longlegged to cope with motorway runs to markets and stretch the fuel out.

Selecting two or four wheel drive mode was very simple and direct with a rotary switch just behind the gear-lever and offering low range as well as normal settings.

The main road ride is generally firm but good while secondary roads can induce a lot of bumping and jumping about underneath, and it’s a noisy traveller over poor surfaces.

In town you may find the turning circle an inconvenience despite the power steering but it makes more sense on open roads or in the country. Anywhere you drive, however, you’ll be impressed by the tremendously powerful brakes, their progressive action and the security of the conventional handbrake.

Most secondary controls are on the wheel spokes and wipers/ lights column stalks, sometimes not too easy to see or use, and there are a few on the fascia and central console, which also carries the large infotainment screen on the dash. 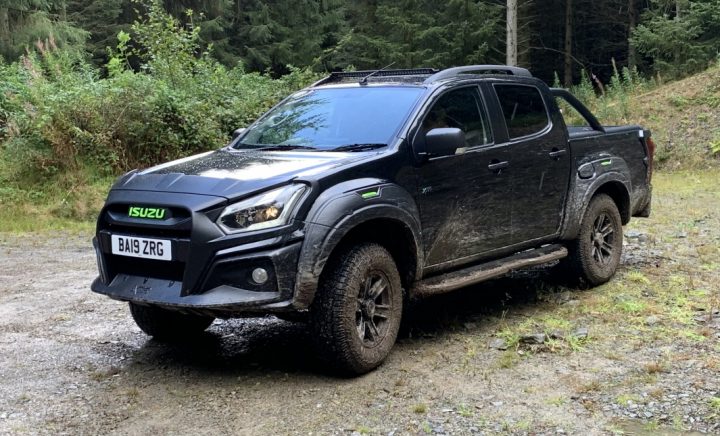 The system is not particularly attractive but it does work well if a tad slowly when you select a function and it has to think about what it needs to display. Heating and ventilation is very good with simple controls, large outlets and good performance, plus four powered windows. Lights are reasonable and the front wipers/ wash do a good job.

Oddments room is very good infront with two gloveboxes, door and console trays as well as a central medium sized storage box, but in the back there’s just seat pockets and very small door recesses. Its well served with USB take off and charging points throughout. 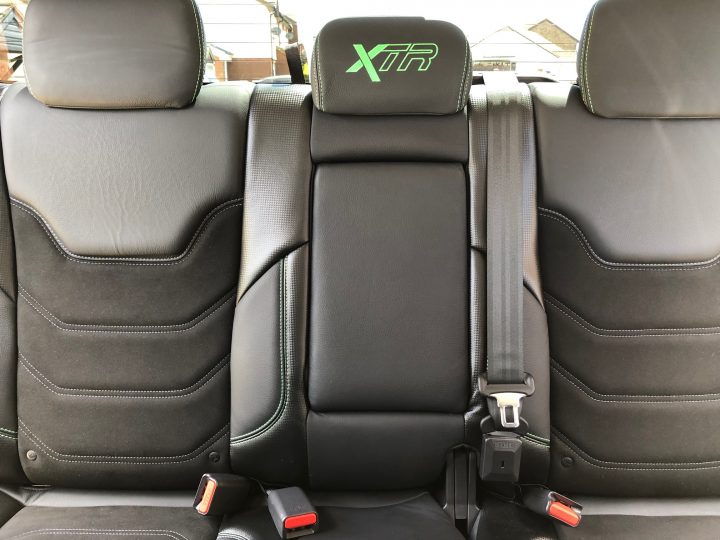 Behind the double cab is a long, wide and reasonably deep loadbed, but in the XTR spec its high to load and despite a loadbed protector items could slide about unless restrained or netted. Ours came with the optional Black Mountain lockable roller cover and well worth having even at £1,560.

The access to the loadbed meant you dropped the tailboard but there was no easy way to climb in and entry to the front or rear of the cabin necessitated a step on the stylish running board and pull up.

Once inside I liked the XTR seat detailing and comfort with fairly good movement to adjust and matched with the moveable steering column you could find a good position to drive.

There was good legroom but not a lot of rear seat headroom and it was much the same infront. 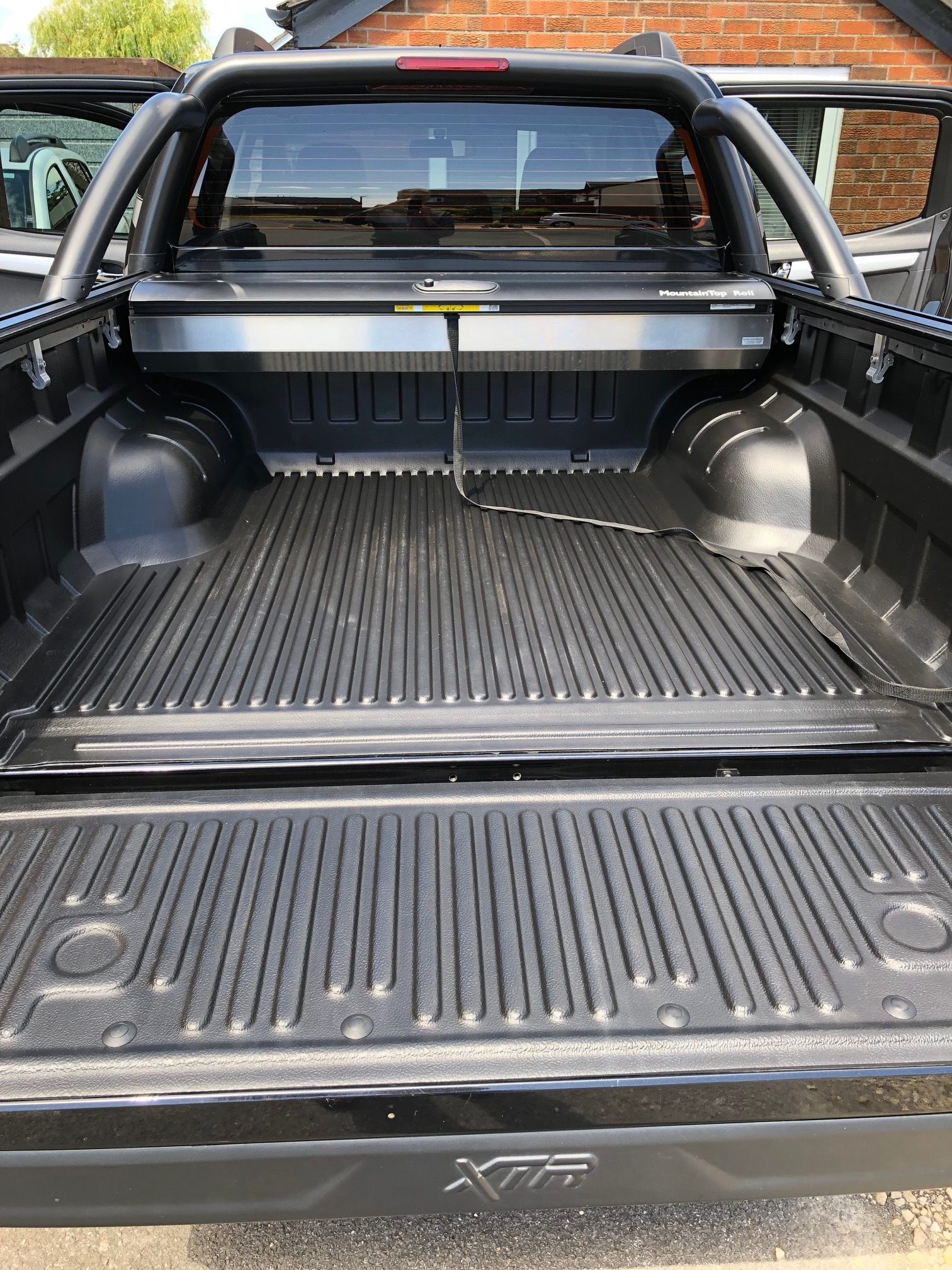 The high riding and driving position allows excellent visibility to front and sides, helped with good lights and wipers when it’s not so good weather. The deep B & C-pillars restrict what you can see around and the high tail wipes out what lies low down behind so you have to rely on the very good, wide and clear camera view so you need to keep the lens clean in the door grip. Its disappointing that this price point did not include front parking sensors.

Noise levels are generally modest but rise as the engine is stretched or the road surface deteriorates and the gearbox whine is always present. Wind noise wasn’t really a problem. 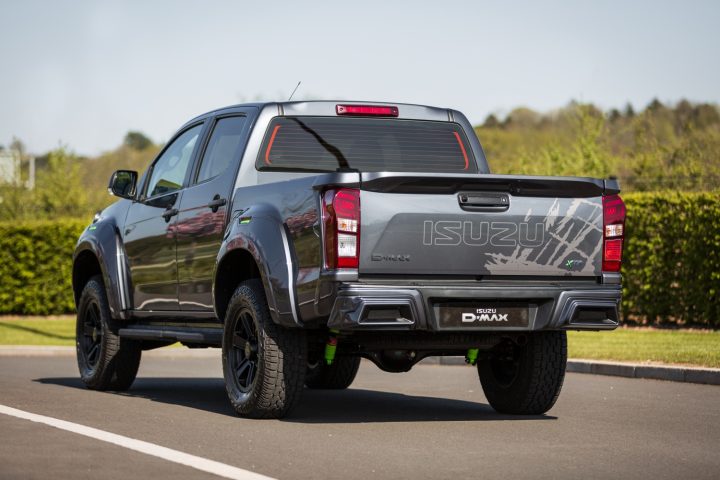 The overall fuel consumption was good for this workhorse and it’s running costs are not high as well as getting a 125,000 miles warranty over five years. Unlike some rivals which pretend to be what they’re not, the Isuzu DMax XTR is a genuine serious 4×4 pick-up with a visible appeal to the eye as well as practical personality.