It’s that time of year when parents and grand-parents don’t always pack into their car the holiday gear but rather the more mundane “stuff” accrued by offspring in universities and need to head home.

What the students actually learn during a year at university seems to slide into the background and doesn’t include what to throw away or store so a family car can struggle to accommodate a student and their baggage.

A few trips home in a year ensure the student’s stuff is regularly added to but come the day of reckoning and return to home for the summer and parents need a Tardis rather than sic transit gloria.

The world may have passed by the students but their accumulated accessories have not. As I found out a few weeks ago.

Tasked with collecting a grand-person from Aberystwyth University it was just as well I could call on the capacious Isuzu D-Max DL20 DC.

Baggage which had spilled out of a room into corridors was trundled out and heaved into the high loadbed, wedged into place and the rear seating area was filled with guitar and amp, bags of clothes and keepsakes, with bedding and pillows carefully arranged to keep it all together and not crashing about in the cabin. 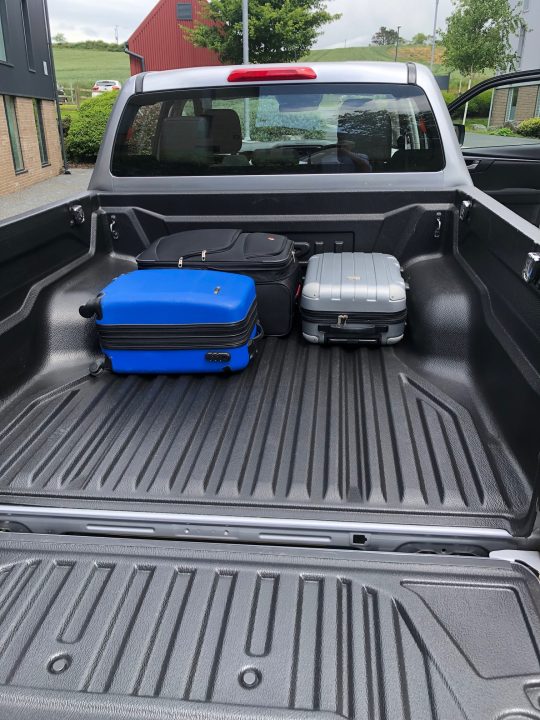 It simply would not have fitted into the average family car, but the D-Max is not an average car or an average pick-up because it has consistently won top awards for its practicality and ability to do many jobs. Its careful sizing means it escapes speed limits normally holding back a commercial vehicle and it can keep to the speed limits of family cars.

Launched ten years ago in May 2012, D-Max replaced the famous Isuzu Rodeo PU, which had taken over from Isuzu TF that came to the UK in 1988, a year after the Japanese brand first appeared with a Trooper name on UK roads. 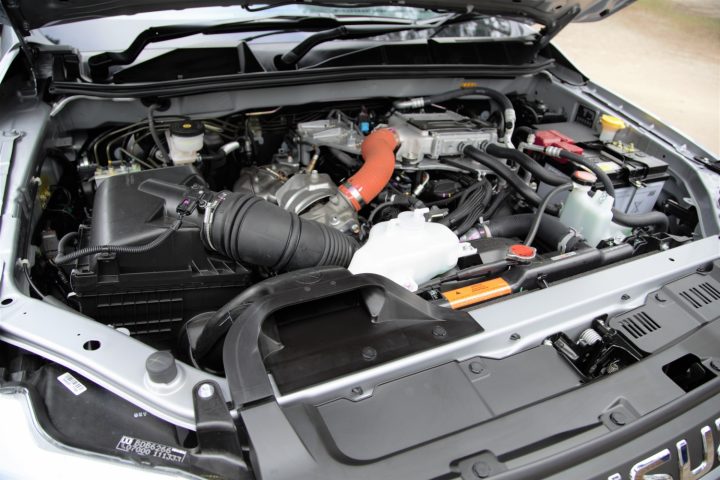 This year the D-Max was voted best workhorse pick-up for an unprecedented consecutive tenth year by the specialist magazine Trade Van Driver.

It has been steadily refined over the last decade and today’s 11-model D-Max range comprises single, double cab and extended bodies described as business, all-purpose and adventure in four trim levels and sharing a common 1.9 TD engine with 360Nm torque between 2,000 and 2,500rpm and 164ps maximum power delivered through six-speed manual or automatic gearboxes and 4×2 or 4×4 transmissions with high or low ranges.

The D-Max is geared to take heavy loads over any surface and the ratios seem short for normal road use so you learn to take your time, not hurry changes under a moderately weighted long-travel clutch and revel when you can wind it up on a main road.

The brakes were well up to their task whether light or heavily laden and had good feedback with an effective parking brake as well, but I was disappointed by the big turning circle and low geared rack so you had to do a lot of arm twirling in town or between trees off-road.

Off-road it excels with its massive ground clearance of 23.5 cms and its precise gearchanges and really low range set to negotiate tricky slopes. You can lock it all down for ultimate grip and it has a good wading depth too. 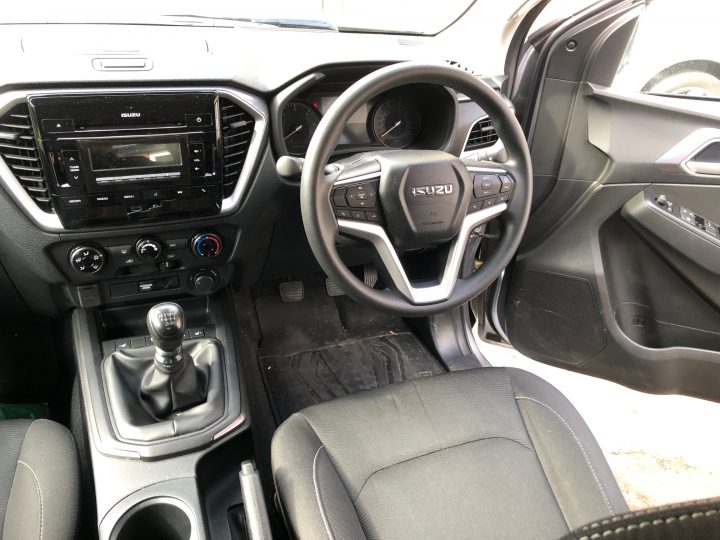 On road the ride is distinctly firm and sometimes bumpy but it does not roll much or pitch and with familiarity you can confidently sweep along and make the most of the high riding position to look over hedges and obstacles to better anticipate overtaking opportunities and spot hazards.

Secondary controls are fairly well laid out although a bit scattered about the fascia and console and we struggled several times to make the infotainment system work as required. Manual air conditioning was surprisingly good and effective once it reached desired temperature and backed up by four electric windows. 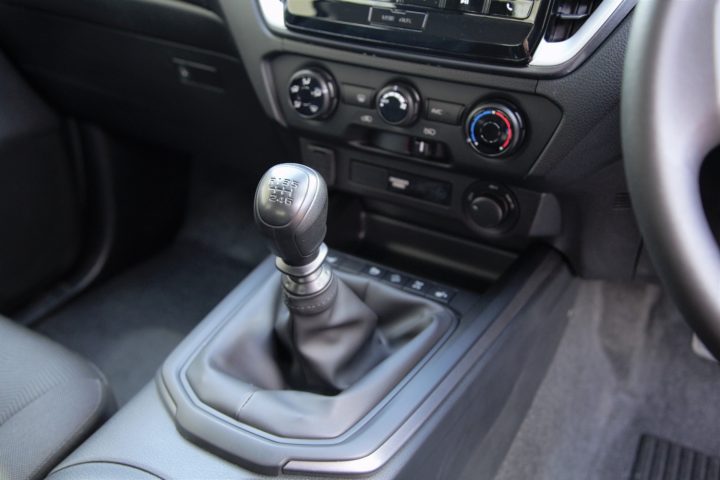 Dials were simple infront of the driver, big and clear with a selectable section for trip, consumption and drive configuration among other things. Cruise control was straightforward and effective.

We liked the abundance off oddments space throughout with door bins, console trays and bin, twin gloveboxes and seat back pockets as well as under-seat stowage. Access to the loadbed was very good and it came with a protective liner and securing eyes and lashing points. 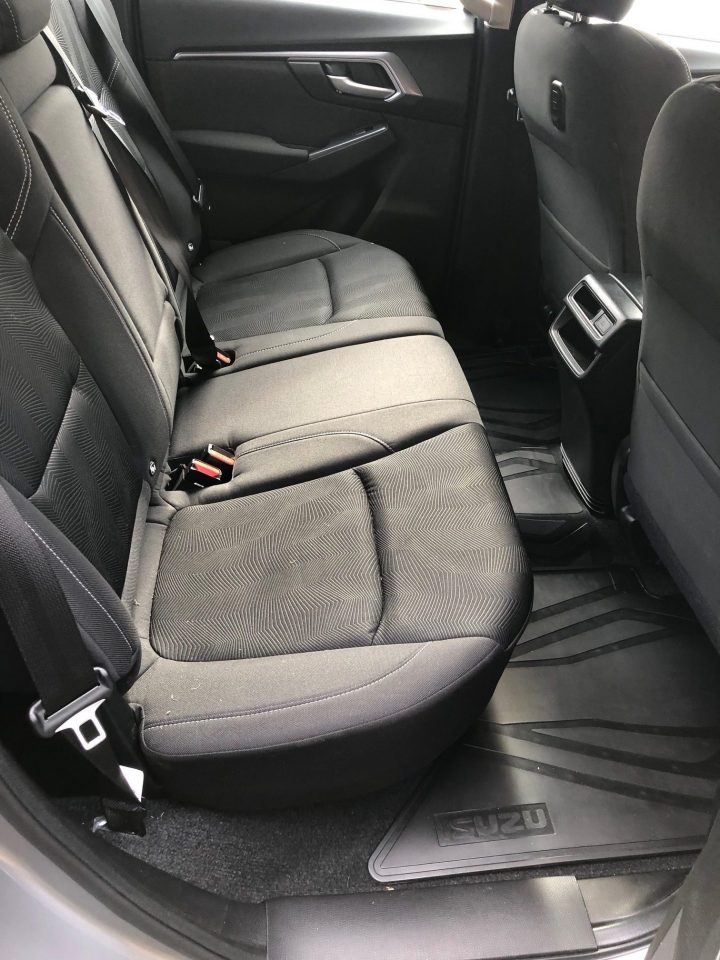 Getting into or out of the D-Max was a climbing task but once settled into the cloth-covered seats it was comfortable and surprisingly roomy place to be.

Visibility was very good to front and sides, more restricted when parking or reversing and even pulling into traffic down a sliproad, so you need care without any cameras and just sensors to alert you. Lights were bright and good range while wipers kept the big windscreen clear.

Noise levels in the cabin were our major annoyance with the tyres, wind and mechanical sounds combining and vying for supremacy but there’s not a lot a driver can do to reduce them on a daily basis. 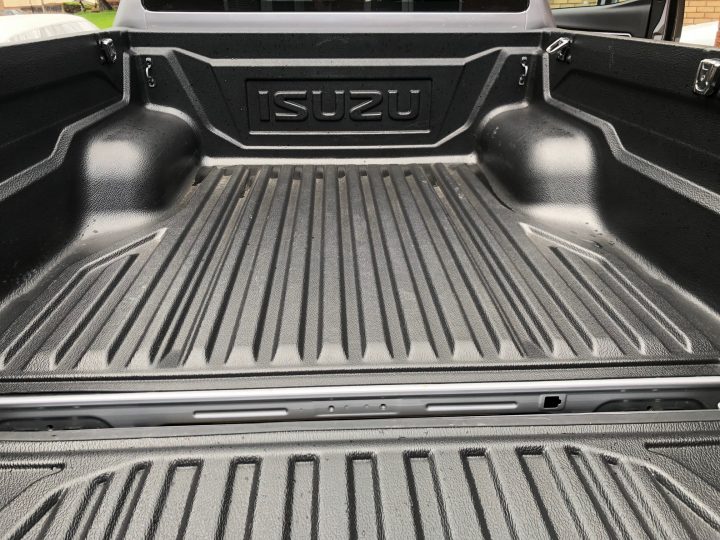 The Isuzu D-Max DL20 is a serious bit of kit for a hard working life and has an encouragingly long warranty.

Trouble is that probably means a few more home trips from university, but it would take them in its long stride as we live and learn.