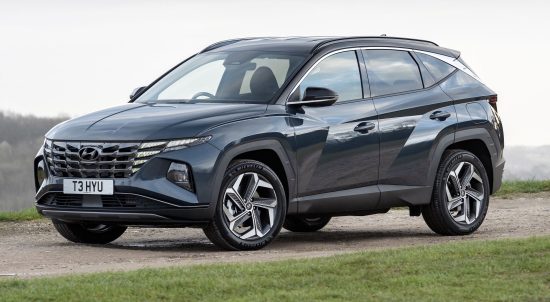 Hyundai has built its UK reputation on family values competitive pricing and an ever-expanding range of SUVs.

While it’s just announced its latest player on the street, the Bayon SUV, it success has largely been down to the Tucson, itself comprehensively facelifted for 2021.

Since its launch 17 years ago, Tucson has become Hyundai’s best-selling SUV with 7 million sales globally – including 1.4 million in Europe and it’s assembled in the Czech Republic. 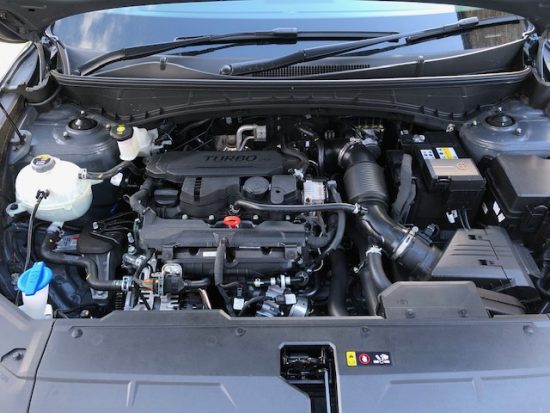 Now in its fourth generation, the all-new Tucson features a standout design with eye-catching lights front and back and the widest range of electrified powertrains in the compact SUV segment, including plug-in hybrid, hybrid, gasoline and diesel as well as 48-volt mild hybrid options, two or four wheel-drive, manual or automatic transmissions.

The range runs to over a dozen versions for 2021 onwards from under £28,500 to almost £37,400. Our mid-range 48V mild hybrid came with the seven-speed sequential automatic transmission and a familiar gutsy 1.6 litre petrol engine.

The changes were really smooth up and down the box and the top ratio really helps with its long legged gait on a motorway. 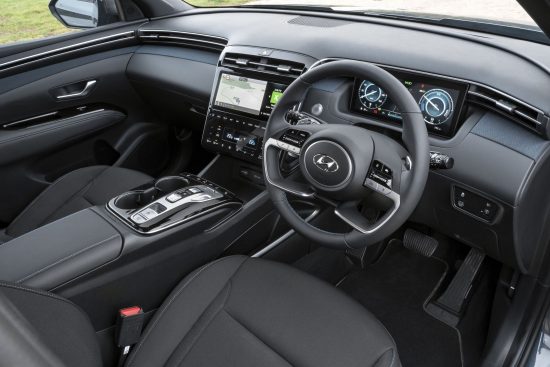 Matching the powertrain was a very good powered steering system with a lot of feedback, a good turning circle and no kick-back with excellent light parking ability.

I liked the feel of the all-disc brakes underfoot and the efficiency of the parking brake on a test slop.

Suspension is fairly conventional with good spring rates to smooth out the worst bumps without letting the Tucson roll around corners and the seats do an excellent job of mopping up anything which beats the springs. 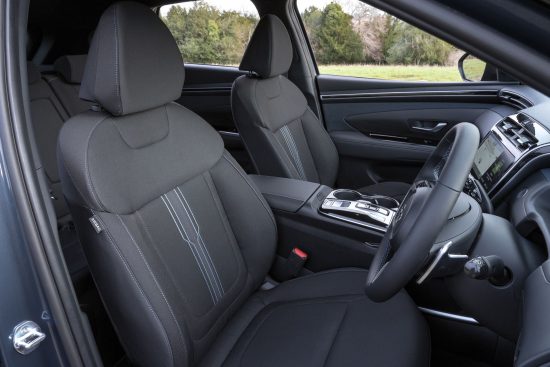 The front seats’ adjustment was very good for rake, reach and height while modest column movement meant most drivers would find a comfortable position behind the wheel.

Cushions and squabs were sensibly shaped infront, but less pronounced in the back. 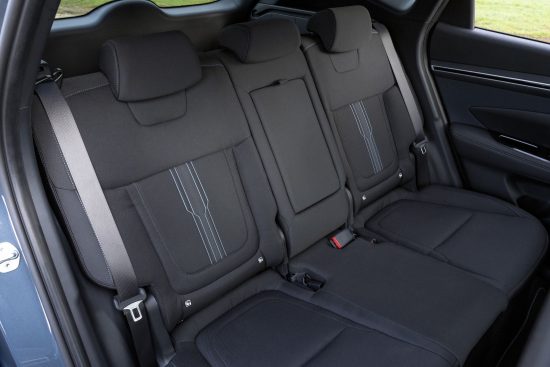 It’s bigger than the third generation Tucson and a lot of that space has gone inside to improve rear legroom in particular.

Access was good into the cabin and the offset split back seats provided a lot of practicality when it came to loading larger items from the low boot floor.

For the driver, all controls came to hand, the instruments were simple and clear infront with supporting info panel for secondary data and a 10.25inches centrally placed widescreen on the console top with separate switches below for climate control. 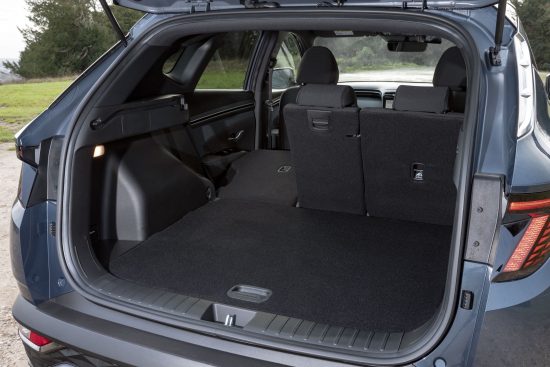 Oddments room was usefully placed and compartments were generally of good capacity while the family friendly fittings included extensive wifi connections front and back as well as powered windows all-round, tinted glass and a large sunroof.

The Tucson is first and foremost a family car so you don’t expect it to be very dynamic and our test car wasn’t with the 1.6 litre engine and front wheel drive layout. In fact it would scramble for grip on a damp surface with the front wheels noisily spinning until they found traction.

Breaking news: Hyundai has added a PHEV Plug-In Hybrid 4WD powertrain to the Tucson model line-up. The new model uses their 1.6-litre T-GDi petrol engine paired with a 66.9kW electric motor giving a total output of 265hp and 350Nm of torque. Automatic transmission and 4WD are included as standard. Available with Premium and Ultimate spec levels they are priced at £39,330 and £42,030 respectively.  Business users will be attracted by these versions as BiK company car tax is just 10%.  Its electric power only driving range is 34-miles but no WLTP fuel economy figures are available as yet.

Push hard through a tight turn and the nose wanted to run wide until you eased off throttle or steering and it all came back together, so I would stretch to paying for the all wheel drive version if I was in the market for a Tucson. You then have the added benefit of improved grip on wintry roads. 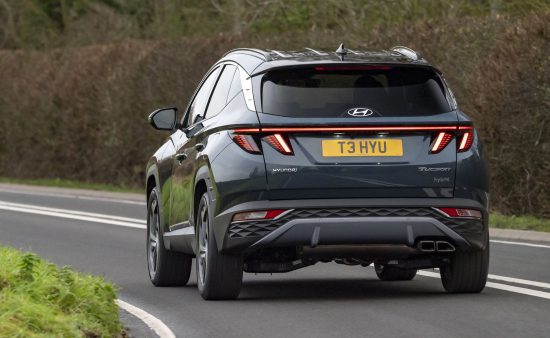 There is no doubt that loss of grip aside, the Tucson feels extremely well made without any rattles or bad finishing evident, its highly equipped with media, navigation and entertainment links and you cannot fail to smile when you eye the fascia every time you get in.

It welcomes you like a family friend and that has to count for something.