The new Honda HR-V is a step-change for this conservative car-maker.

While its head-turning but now discontinued NSX and still  in production hot Civics stand out from more run of mill models in showrooms, they made progress with the new Jazz but have really ramped up styling in the new HR-V launched last autumn.

It’s bigger than the last generation and there is much more room inside the cabin and luggage area which are also much better equipped and have higher quality features, notably the sound system. But they have also cut some corners as we will explain later.

The engine has been given 25% more battery power for its electric mode and with software retuning of the petrol engine it has respectable performance unless heavily laden or pushed very hard. 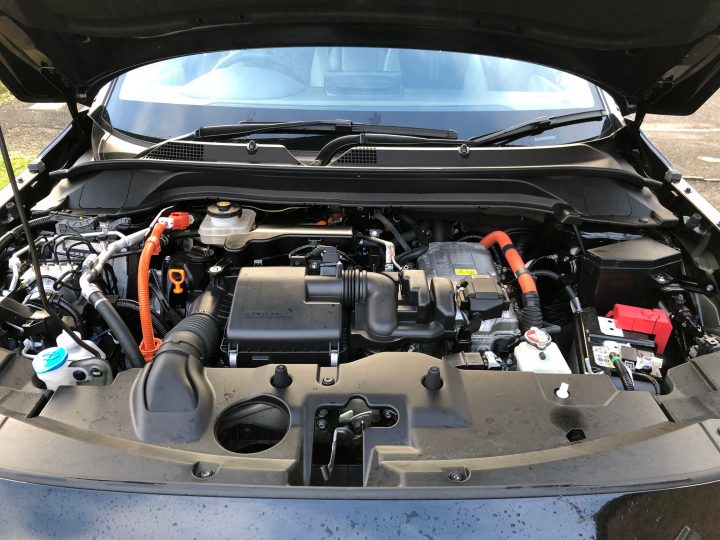 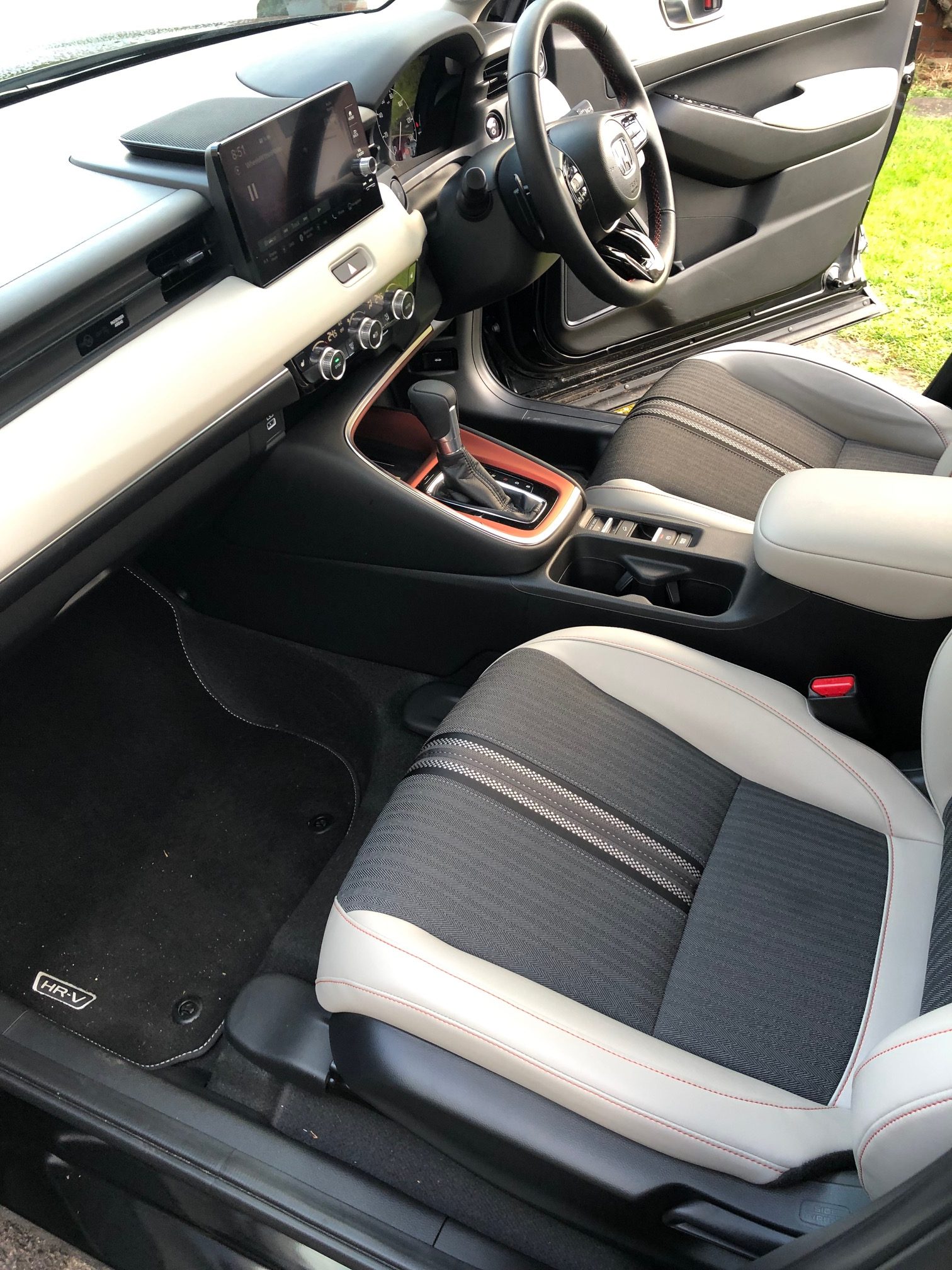 Cruising along it was quiet too, but ask more of it or go cross country on A and B class roads and the engine noise became more intrusive.

However it was driven, the smoothness was remarkable and the responses were very good and we achieved close to 50mpg at times.

For the driver, the steering column could do with more vertical adjustment but the major and minor controls were well positioned and easy to use with a particularly smooth footbrake, good progressive assistance and an effective parking brake as well. 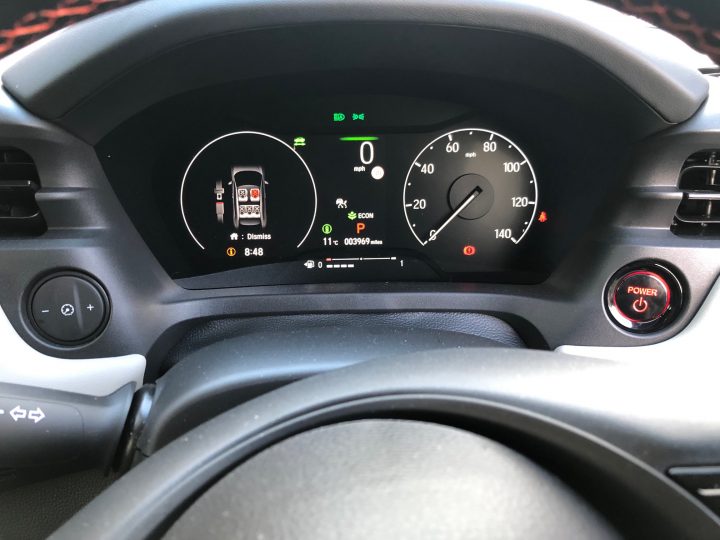 I liked the large instruments infront of the driver and their changing displays as mode and menus were selected with clear markings always present.

Thankfully, the climate control display was separate to the main large central infotainment touchscreen panel which can be distracting when driving and which worked hooked up to a mobile phone for the navigation so you need a Smartphone to get the full benefit of the system. Audio and media playback was excellent with crisp and comprehensive output and ours had wireless charging

The interior was kept well ventilated by the system with excellent output, control and distribution, backed up by powered windows. 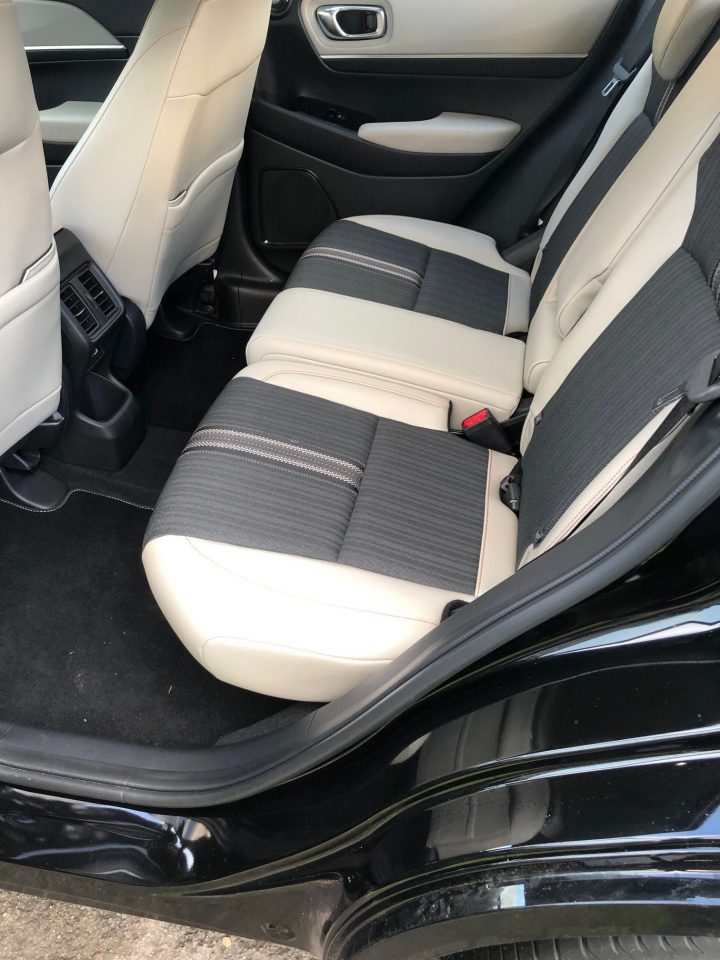 Inside, access was very good and room plentiful for four or five, even in the rear, with well shaped front seats but less figure-hugging back seats. I would have liked more oddments’ room, particularly in the rear. The HR-V retains Honda’s brilliant magic-seats with their folding arrangements to dramatically and gradually increase volume. It was a very comfortable car.

Our test model came with a bootfloor liner and we would recommend this for better location of luggage and protection but noticed a lack of sensible hooks or nets for shopping or other small items such as deicer/ scraper. With the liner removed a deeper compartment is beneath but there’s no spare wheel & tyre.

The HR-V was a typical higher riding family car so vision to sides and front was good with a low waistline but the c-pillar thickness restricted over the shoulder sight and you really depended on the vey clear rear camera and all round sensors when parking or turning.

On the road it handled well, very safe and surefooted for a front wheel drive car, with no bad manners displayed but the road rumbles from the tyres and the way it bumped over some potholes were disappointing. It also tended to be very sensitive to changing lanes and traffic ahead, which was a bit off-putting when the systems cut in.

Wind and other mechanical noises were very low, which probably explains why the constant rumbles and occasionally busy engine note seemed louder in the cabin. 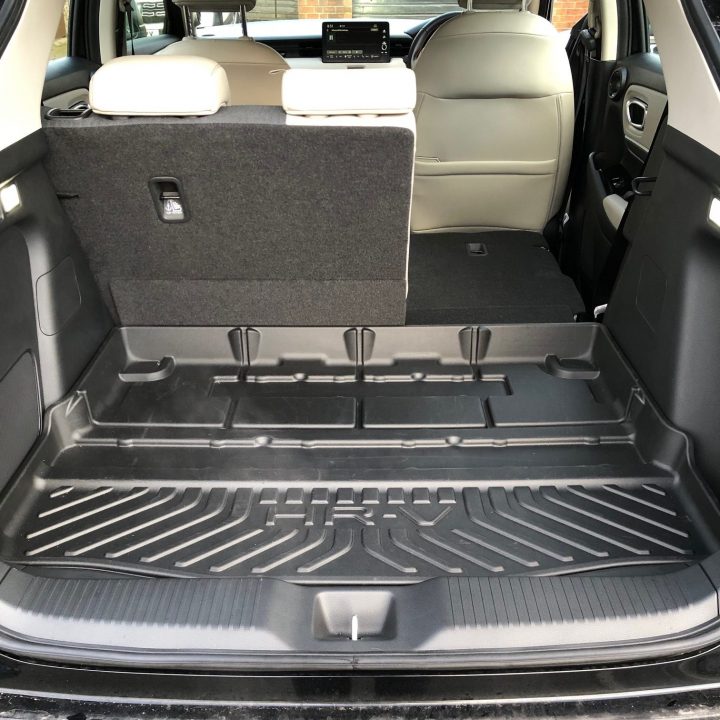 The Honda HR-V looked and felt very well built with a good specification in its Advance Style trim including neat styling accents inside and out. It’s competing in a full sector with rivals from many makers but it has the edge over most with its distinctive looks, refinement and solidity. 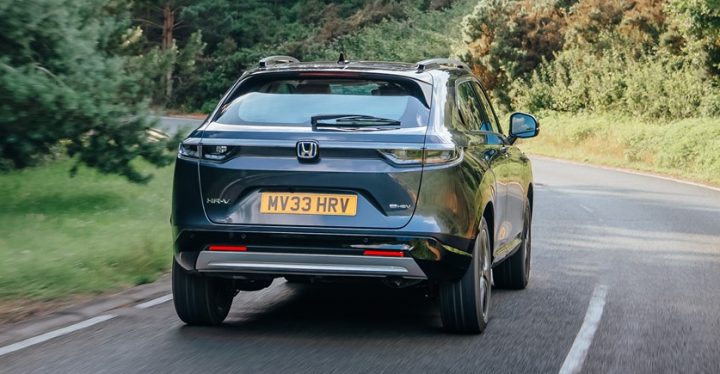