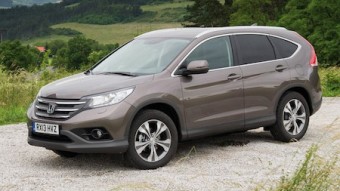 Introduced almost 20 years go in 1995 as an early compact SUV, it has kept pace with fashion and last autumn saw the arrival of the European-only front wheel drive 1600 diesel derivative being built in Swindon.

It joins a big range of petrol and diesel all-wheel-drive Honda CR-V models but was purpose designed to appeal to those seeking the lowest running costs. Now in its fourth generation in two decades, the CR-V 1.6 i-DTEC emits only 119gkm CO2 from its 120PS four-cylinder engine and that means just £30 annual road tax and low BIK rates.

That also keeps down the weight under the existing 2.2 i-DTEC version and it should be more popular with business drivers as a result. 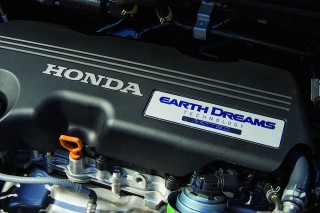 The 1.6 i-DTEC diesel has been fitted with fuel saving cut-off for urban driving and also a button to select the greenest mode for the air conditioning, and the sophisticated electronics also monitor driving style and advise when its best to change up or down a gear and you should aim to stay in the green sector on the speedo.

Now you could be forgiven for thinking this has become a boring box on wheels, but that’s far from true. It’s after all, a Honda.

A lot of development went into the new Honda CR-V 1.6 i-DTEC and how it would handle European roads. The engineers reworked the steering, brakes and suspension to sharpen responses and particularly at speed so it can move surprisingly quickly and with unexpected agility for an SUV.

It turns in a tight circle but its not twitchy at speed, and it shrugs off cross-winds despite its profile, while it easily delivered close to 50mpg on test including a lot of driving at motorway maximum speed.

On twisting roads through Wales it was a real delight with its responsive nature and high driving position to see over hedges and other traffic so you were ready to overtake when the opportunity presented. 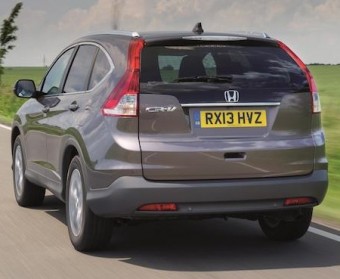 It’s a roomy five seater with capacity running from a nominal 589 litres to maximum 1669 litres luggage space and the loadbed and cabin access are both good.

Seats are very well shaped and supportive with good adjustment range on the front pair. They are moved further to the outside on the new model so liberating more central console space and you really appreciate a roomier cabin with increased range for the column to move as well.

Major and minor controls all work well and instruments and displays are simple and clear. Oddments space is plentiful throughout and the cabin temperature was faithfully maintained.

Ride quality is really good despite what the roads throw up, noise levels are low and you get the impression this is a quality SUV at a bargain price below much more seemingly prestigious products.