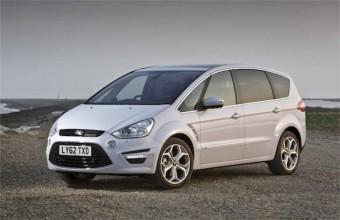 The Ford S Max with its EcoBoost engine really concentrates the mind.

Concentrates do that and you wonder before you try them if they will be as good as the unconcentrated stuff or wish you had more.

In the case of the leaner and greener 160ps EcoBoost it delivers to the max.

The mid-sized S-Max people carrier has been a popular model in the range since it was launched in 2006 but the introduction of the Bridgend-built four-cylinder 1.6 engine has given it a new life.

The power output is very good for a family car which has to mix its roles between shopping and hauling away children on holiday. There is plenty of power underfoot and it is delivered quickly and in quantity so you are not hoping for more at a critical moment.

With its ready power flowing through a light clutch and slick six-speed gearbox to the front wheels it is very pleasant to drive in congested cities or pulling along country roads.

Brakes never gave a moment’s concern and the steering was pleasantly weighted between assistance and effort and its weight can be adjusted through the on-board computer.

Despite pushing it hard, the economy was reasonably good too and driven more gingerly, the consumption would have been lower.

Noise levels are kept down unless you head into the upper rev range in each gear and the motorway cruise is utterly composed and fairly quiet even when laden.

The silkiness of the major controls is matched by the secondary stalks and buttons and the instruments are big and clear even if the on-board multi-function computer display is not.

Climate control and electric windows are standard but you cannot get a sunroof, however it’s a good combination in all but the hottest weather when the system can be struggling to keep down the temperature.

I found the oddments room was very good throughout and the boot took from 285 to 2000 litres depending on seating arrangements. Access is very good to almost every seat but the rearmost of the seven seats are the preserve of small children only.

Leg and headroom is generally good and the front seats had adequate adjustment for my six-foot frame.

The seats’ shape is comforting and supporting with good headrests atop.

Visibility is reasonable clear all round, only the back corners and bumper being partly hidden so the rear parking sensors are a welcome standard feature.

For a five/ seven seater, the S-Max rides well over all surfaces. Body roll is present under load or around very sharp corners but its confident grip and failsafe handling inspire assurance you will come out of a bend in one piece.

The Ford S-Max is a well thought out family car which is probably ideally suited to have the 160ps 1.6 EcoBoost engine under the bonnet, thanks to its driveability.

That’s fine if you want a manual gearbox, but the automatic is not available on this engine at the moment, only on the 2.0 petrol and the diesels.

However, the six-speed manual is such a delight I don’t think anyone would complain unless for physical reasons they needed an automatic.

As the new entry level engine to the S-Max it makes a brilliant starting point and it doesn’t dilute the driving pleasure.