Jeep has turned a corner with its new plug-in hybrid Renegade.

It’s the first electrified Jeep to be sold in Britain and uses the familiar 1.3 litre four-cylinder petrol engine with an electric motor or generator driving the front wheels coupled with a hefty 60hp electric motor on the back axle using power from a 114kWh 400v traction battery under the back seats.

In pure electric mode you might select in toll-charging zones or on daily commutes it will cover 26 miles, enough for most trips, but you have the range anxiety removed by the petrol engine and on a first drive this week it returned 46.7mpg over mixed dual carriageway, main and B-class roads along the Welsh marches.

The Jeep Renegade 4xe will be sold in three trim levels with two power outputs.The entry Longitude costs from £32,600, the mid-range Limited begins at £34,500 and the £36,500 Trailhawk completes the line-up. 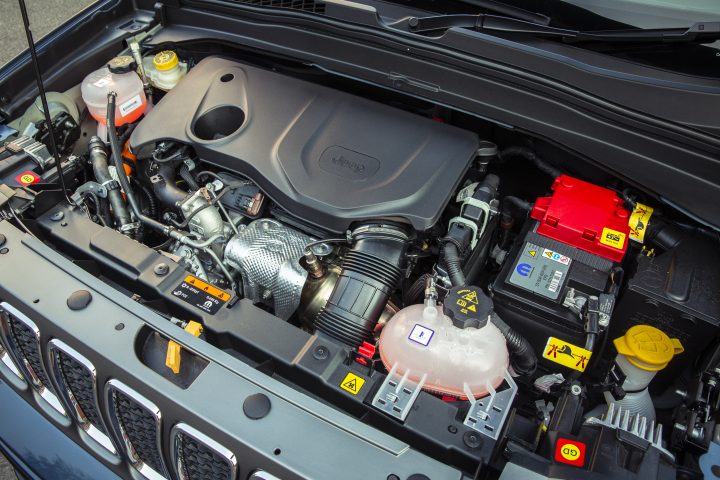 Depending on the chosen power output the 1.3 petrol engine develops 130hp or 180hp plus the electric motor’s 60hp in either case which translates into a 0-62mph time of 7.5 secs and a maximum 81mph in full electric mode and up to 124mph in hybrid with both units working. They have six-speed automatic/ manual transmission only.

As the latest model in the Jeep range, Renegade 4xe has the most advanced driver assistance systems including LED headlights, collision and lane departure warning, intelligent speed assist and traffic sign recognition along with parking sensors, while drowse detection is offered for the first time in a Jeep.

Jeep product manager Paul Rush said it is a very significant model for the brand, “It’s our first PHEV model and in a few years we will have plug-in versions of every model so we can face the new adventures of a low carbon age without compromising on Jeep’s famous off-road abilities. It’s more efficient, more capable, more comfortable and more fun.” 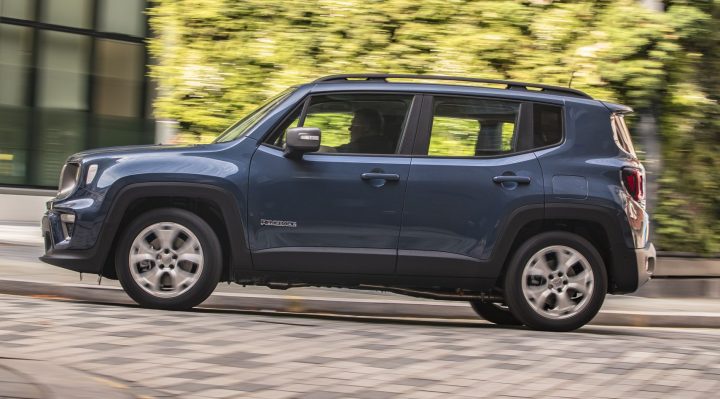 Mr Rush said the Renegade 4xe weighs about 110kgs more than the standard Renegade 4×4, can tow a 1150kg braked trailer and it’s been carefully specified with features which would cost about £2,000 more than in its nearest rival.

He sees the market for the newcomer coming from drivers who do not want a large MPV or  4×4 but instead prefer a more agile car for school runs or congested urban streets, but who also want all-wheel-drive for wintery roads or leisure use. 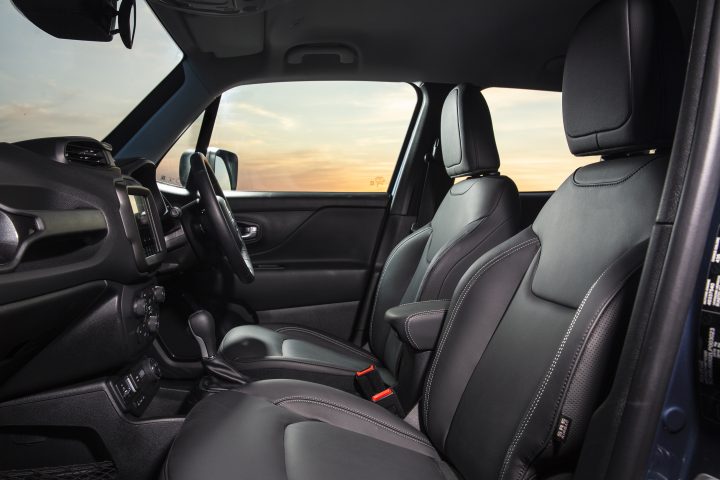 “Early adopters will be interested in the hybrid technology and zero emissions, who possibly work mostly from home and only occasionally go into towns and cities.” Jeep aim to sell about 600 Renegade 4xe models this year and 1,600 in a full year in what is now designated the I Zero sector and one of the predicted boom categories over the next few years with registrations tripling. 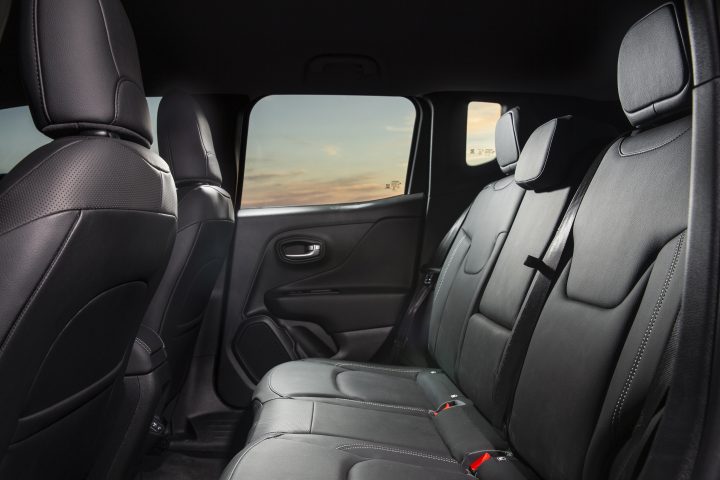 For peace of mind the newcomer is available with a five year/ 100,000 miles warranty when bought through FCA Finance.

Jeep expect the Limited version will take about 60% of registrations and fleet or business drivers will be just under a third of users thanks to its 12% BIK marking. 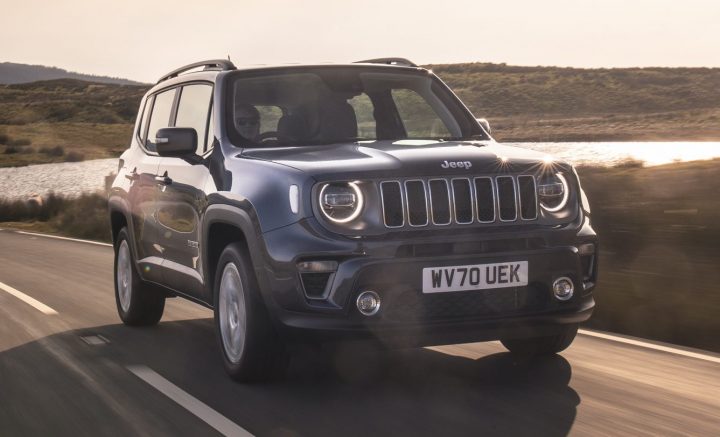 It is an extremely good combination of petrol and electric power with near seamless progression from the initial EV power at startup  to petrol and the driver can select three modes to stretch the performance or lower emissions.

You can also decide on the traction modes with the Selec Terrain buttons so you’re rarely going to be stuck anywhere the ground clearance will let you go. It all works very simply and very well.

The feature which stood out for me was the exceptionally smooth ride over any surface, its responsiveness and grip on damp surfaces and positive steering and brakes. It also used a sophisticated controller module to regenerate or recharge the traction battery over hilly test route. 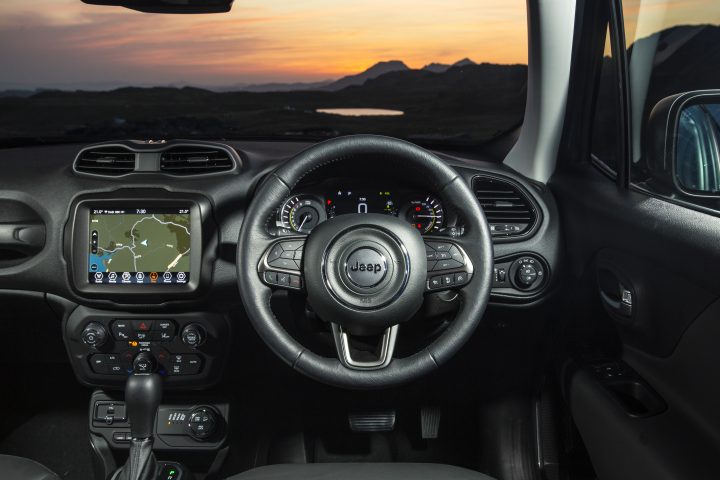 The secondary buttons can be a bit daunting until you become familiar with their positioning and functions but there was no complaining about the essential instruments or the 8.4-inch infotainment screen,

Seats were good for most, adjustment should be suitable for all but the tallest users, and the boot was easy to load or empty. It would be good for four people but a squeeze for five, although headroom was good throughout and families might find it short of oddments’ space. 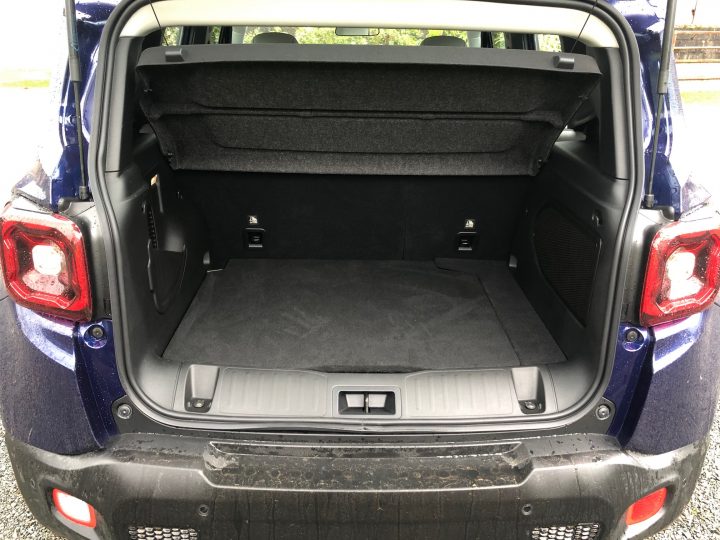 A comprehensive heading and ventilation system was easy to understand and operate, there were powered windows and good wipers but no opportunity to test the lights.

I was a bit disappointed that for the best seller Limited price of £34,500 to find no reversing camera as standard on what is likely to be a popular model for shopping and school runs. 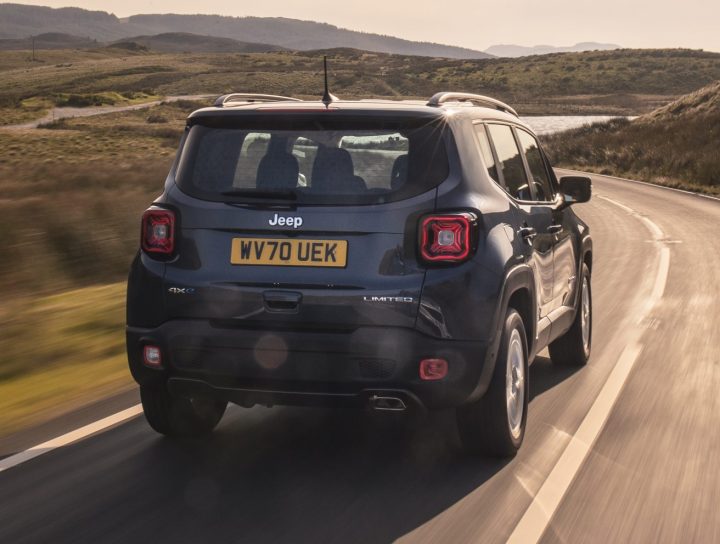 It was brisk, gripped well and coped with rough surfaces while handling with a safe and surefooted character.

The car’s agility was excellent in tight spaces and it was roomy for four but I think possibly a tight fit for five.

It’s very significant for Jeep and possibly the UK market for SUVs.