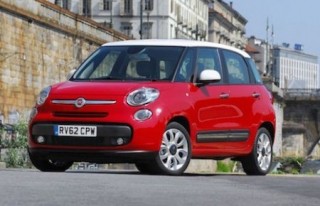 Fiat’s baby has grown up.

The one-time little Fiat 500 which is credited with putting Italians on the road after WW2 and which was reborn in a venture with Ford towards the end of the last century is now maturing to rub shoulders with much bigger rivals.

We have been amazed by the boom in business for what is now termed “Crossover” models mixing body styles and stepping outside traditional sectors, and the 500L is Fiat’s offering.

True, it looks like the Fiat 500 we are familiar with but its been scaled up and is no longer a small car, with mixed abilities as a result.

It’s a good starter and pulls well with a reasonably wide spread of power to minimise the need to keep making gear-changes, but that is really no hardship when needed as the light but long travel clutch and direct gear-change make town driving very easy.

It turns well in streets and braking needs only modest pedal pressure to bring about controlled and quick deceleration while the parking brake held the car on a steep slope without any issue. 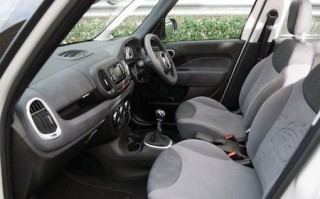 The well thought out major controls are matched by the straightforward secondary controls whch were sensibly laid out, the instruments clear and easy to read, and the air conditioning was efficient at its job.

Fiat has really taken advantage of the opportunity to upscale the 500 and produced a car which is a genuine family hold all, with very good access for everyone and a really good boot, which is a shortcoming with the baby-brother two-door city-car.  It will hold 400 litres but significantly take a 2.4m flat-pack inside.

Inside the driver and passengers have plenty of room as well, notably headroom, and it’s a good five-seater with thick seats, which is just as well because the ride is on the firm side despite the fact it rolls around corners and suggests it is softly sprung. 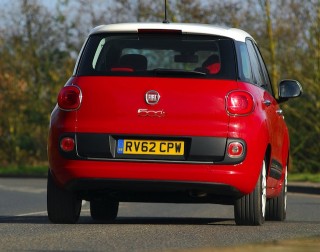 It also wants to run wide on tight corners and it does not feel as agile as the 500, but the 500L is not a city car and it is also not as easy to park with a high waistline and wide side pillars hiding hazards so you really need the parking sensors which come with the upper models in the range.

The performance is respectable and the economy good at close to 50mpg without any problem, while the equipment specification is reasonably high and its not a family car which is likely to leave you wanting.

Noise levels are fairly low, the most noticeable being road rumbles, but mechanically it was refined and it sliced through the air with barely a murmur from the wind and without any annoying rattles or squeaks from trim.