Cupra is inviting you to join the Q-car queue with its latest Leon 2.0TSi.

Based on the family-friendly SEAT Leon, the tuning arm’s version is a return to the hot-hatch era with a car which pushes out 245ps, can exceed 150mph and covers the indicative 0-62mph mark in under 6.5 seconds. 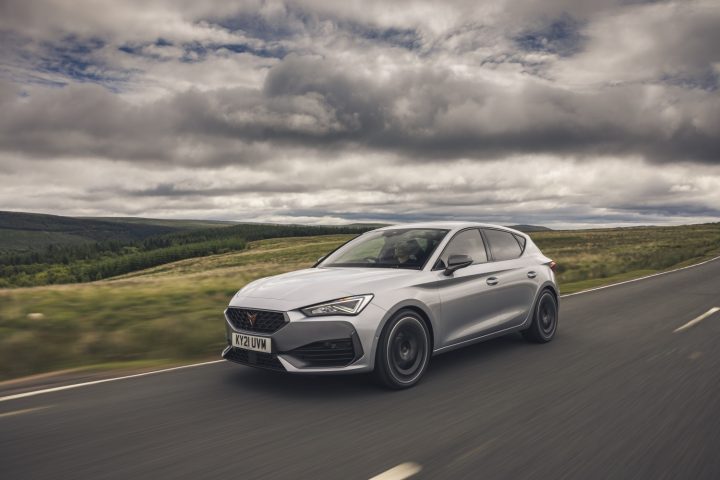 Q-cars are essentially “sleeper” or quiet cars which are not overtly sporting but which nevertheless pack a punch and fully reward drivers with a smile which extends across the face.

Cupra Leon comes a semi-estate and the Hatch version we tested but they are mechanically the same. Our test car included sunroof, metallic paint and safety driving pack which added £1,47l5 to the list price and brought it up to £35,315.

Simplicity is the virtue and the Cupra Leon has only discreet design changes to mark it out from its SEAT stablemate, so it can slot into traffic without attracting too much attention, until you open it up. 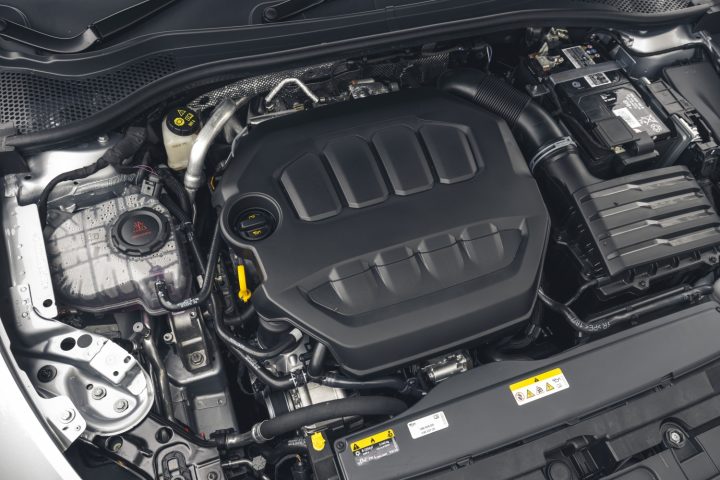 The carefully reworked software and engine deliver smooth performance from rest and up to the legal UK limit, and beyond if you want to take it on a track day experience.

Throttle response is instant, power pours out unhesitatingly and it zips through its seven automated gears with a lovely silkiness but you have paddles on the column to play with and make the most of the torque. However, manual changes may be a bit rougher than the DSG system does on its own.

Underfoot, the big disc-brakes rapidly haul down unwanted speed in an effortless and very smooth manner and the electric parking brake will hold it on the steepest hill or waiting in traffic until you can get moving again. 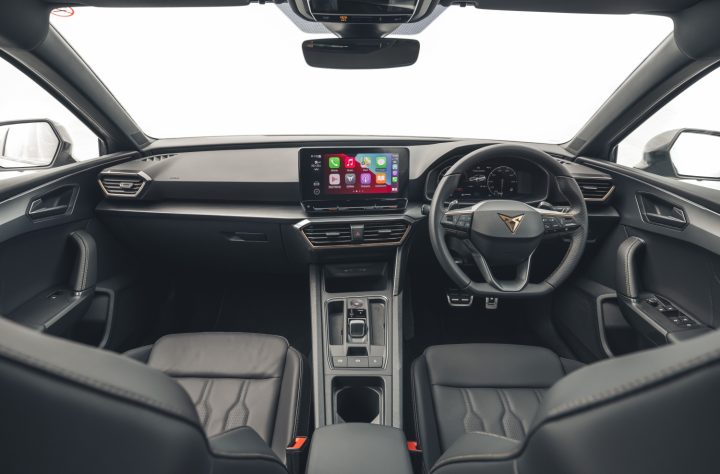 Matching them is a very intuitive steering system with excellent assistance and feedback, no vibration or vagueness and it simply goes where pointed.

Drama disappears with the excellent roadholding and manners which mean you can ease off mid-corner without the car snapping back at you.

The ride is on the sporting side, but it’s not too hard. Most bumps are covered without jarring too much but you can hear the suspension working away and there’s little to mute the constant rumble of tyres over road and tarmac changes. 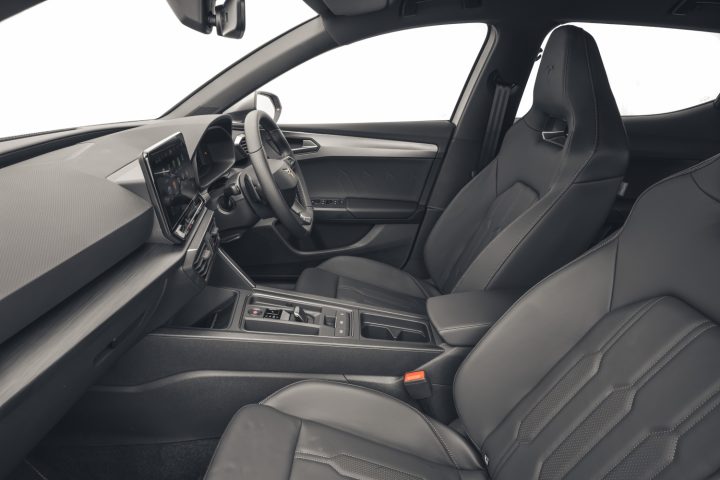 Inside, the driver and passengers have good room with easy access, front seats which provide a wide range of settings and a fully adjustable column. The exclusively trimmed Cupra seats did not offer a lot of support or comfort in line with the car’s performance however and this is an area I felt needs more attention.

One of the main selling points with the Cupra Leon is its abundance of driver and safety aids, the selectable colour combinations to highlight the interior and the purpose-driven instruments’ display. You can personalise the displays to emphasise one aspect or more and really build a ‘look’ to suit your character and preferences.

I liked the intelligent radar and speed control but several times found it very sensitive to vehicles on the near side and not directly ahead so the car would occasionally and unexpectedly slow down, which was disconcerting. 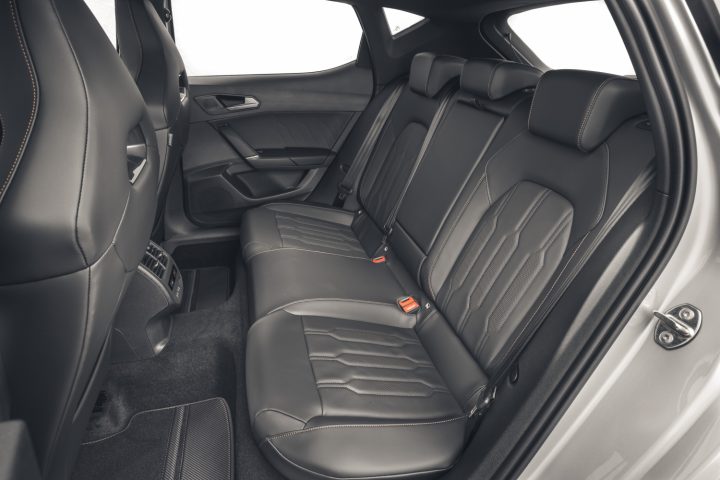 The reversing camera gave good view of what was behind and worked with sensitive sensors but the thick c-pillar did conceal blindspots and you tended to rely on the system rather than vision.

Wipers and lights were very good, effective and bright, and with the low waistline you had an unobstructed view to the front and sides.

Oddments room was good inside for those infront or behind and the boot was deep and wide if not particularly long, but it quickly doubled when the seats were folded down. 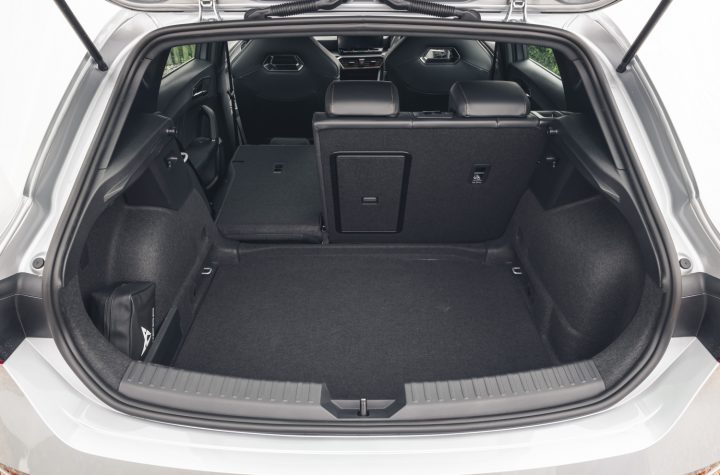 Apart from the road rumbles the Cupra Leon was a quiet car unless you opened the throttle and then a delightful throaty exhaust note came into the cabin.  Extraneous mechanical and wind wuffle were absent.

It went well, was well equipped and both looked and felt well put together with some neat distinctive highlights pointing to its Cupra branding.

Hot hatchbacks are back at a time when there are too many non-descript designs on our roads. Good for Cupra and good for driving enthusiasts. 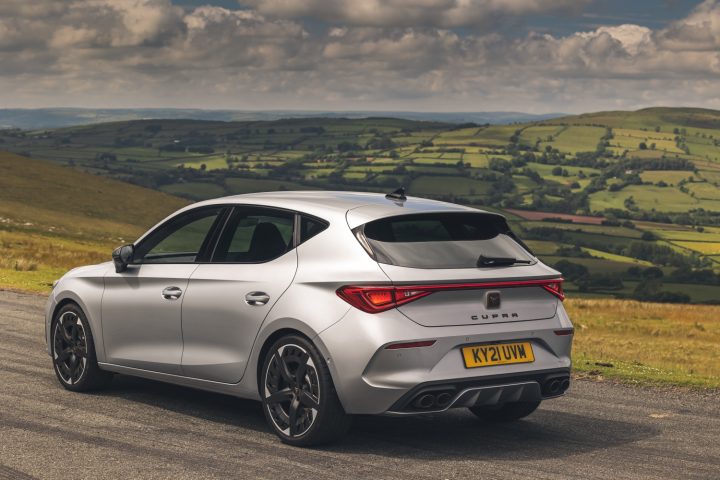 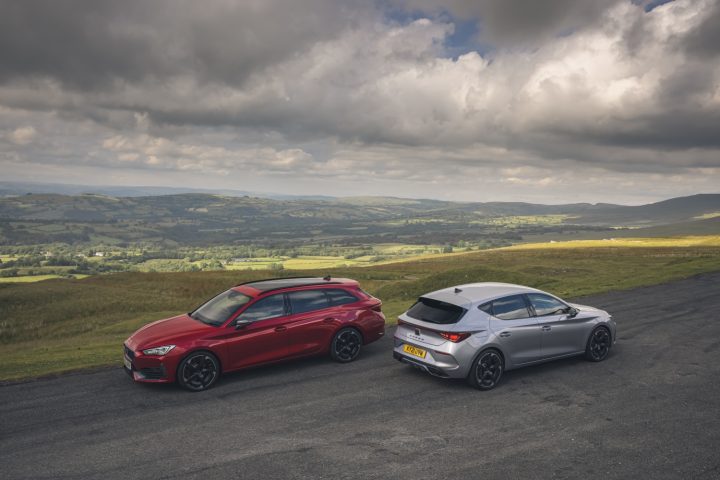