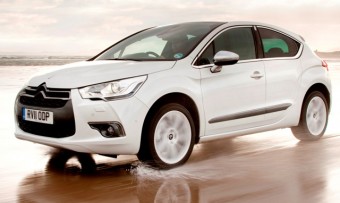 Citroen really set out to create a niche brand when it created the DS series.

Starting with the D3, it added the DS4 last summer and immediately started winning praise and awards for its styling, particularly the interior.

It is a clever move because without directly taking on the likes of Focus and Astra, the Citroen DS4 competes very well against them, albeit in a narrowly Stylish outside and in Citroen DS 4 defined range with a high specification and attention to detail and bristling with technology which will have strong appeal to techno-minded owners and drivers.

The medium-sized Citroen DS4 runs to nine models priced approximately from £18,150 to £24,000 and comes in three trim levels of Sign, Style and Sport based on 110, 155 or 160bhp diesels, and 120 and 200bhp petrol four cylinder engines available with six speed manual or automatic transmission. It is a comparatively compact but well pitched range to take on the scores of rivals.

My test model sits towards the top of the range but you can get into a DS4 for a little over £18,100, some £5,500 less than the model sampled. The DSport comes with climate control, powered front windows and door mirrors, leather seats, cruise control and parking sensors, sophisticated in-car entertainment system and intelligent wipers and headlights.

The 1.6 litre engine is a well developed unit with 200bhp output but its so smooth and comparatively quiet you would not realise its potency until you put your foot down to accelerate or overtake. Then it all happens with remarkable speed and sophistication.

I did not think it was particularly quick off the mark or away from lights but its easy changing box and power delivery in the mid-range means it is a safe and rapid car when overtaking in give and take conditions.

It cruises quietly at the legal maximum and there is a lot in reserve when you do, but it does not like urban driving very much and fuel consumption is not outstanding, averaging 34mpg on test and including two long motorway runs.

The gearchange is direct and smooth, the clutch light and progressive while the footbrake is strong and needs only modest pressure to effect a quick stop. I found the steering effort was modest and feedback very good while the turning circle was good, and parking was helped by the front and rear sensors and visual display. 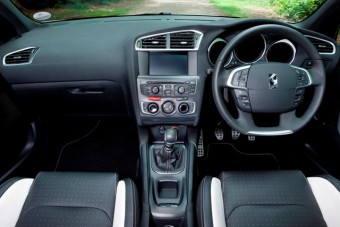 Secondary controls were generally close to the wheel and worked well for lights and wipers, and I appreciated the turning beams and water sensing action of the blades. A comprehensive cruise control and alert system needs familiarisation but it works well might save you points on your licence while also making journeys less stressful.

The sound system is comprehensive and can be personalised with straightforward controls and good output throughout the cabin, and the test car had the excellent £850 optional satellite navigation with its big screen and intuitive controls.

Oddments space is plentiful but a little restricted in terms of compartment sizes and the nominal 359 litres boot has a very high sill over which to lift items but rises above 1020 litres maximum when the individual back seats are folded down.

The seats are works of art. They not only look good with two-tone colours in leather but they are very well shaped to locate occupants whether in the front or back, and they give a lot of support and are heated in the front as well. The amount of adjustment infront is good as well. Some puzzled over the release handle for the back doors as well, hidden as it was in the C-pillar as in some Alfa Romeo models.

Access is generally good with one exception. The doors have widen openings but the width of the B-pillar at its base is designed to give very good side-impact protection and does to some extent intrude on the footwells and the deep lip to the boot makes removing heavier or bulky objects a nuisance.

The high opening tailgate and individually split back seats meant the DS4 was practical to live with.

The DS4 does not have a very long wheelbase but its ride is certainly a class above what you might expect.

Road rumbles were always present but the bumps rarely upset the suspension and it soaked up the worst with ease and did not lean through bends. Ride quality was very good. 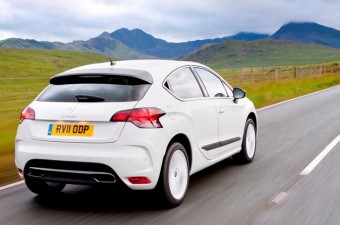 There was a slight dullness to the handling and you did not feel it was telling you all that was going on underneath but its road-holding was good and it had no real vices to cause concern.

Apart from the lack of snappy acceleration from rest, the performance was good. I would have preferred better fuel economy than attained on test as it was not driven particularly hard.

I think the outstanding features of the DS4 are its styling both inside and out, its refinement where it matters and its in-built technology in this class. My only reservation is how that technology will perform and its replacement costs further down the line.

It is, however, a lot of car for the money.