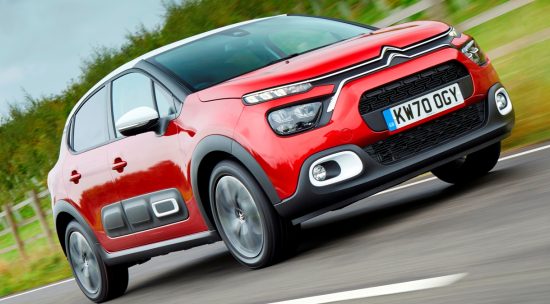 When a car-maker refreshes and updates one of its best selling models their rivals and customers had better take notice and the new Citroen C3 deserves that attention.

It underwent an extensive makeover last year but global events overshadowed it so it was good to catch up with the compact five-door model a short time ago.

The third generation C3 was launched in 2016 and has secured over 800,000 sales. Time and technology waits for no-one and Citroen has now given it a new look with the latest corporate front-end styling, some tastefully topical interiors and under their bonnets the latest low emission petrol or diesel engines. 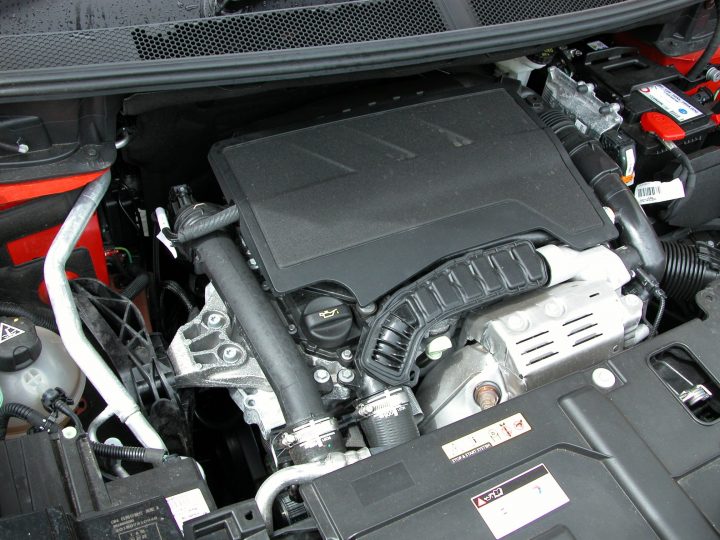 Personal taste is rarely this refined at this price level and guarantees a highly individual car.

Prices of the nine models – Feel, Flair and Flair Plus – go from £16,280 to approximately £21,270 but really your limit is the amount of personality you want to pay for. 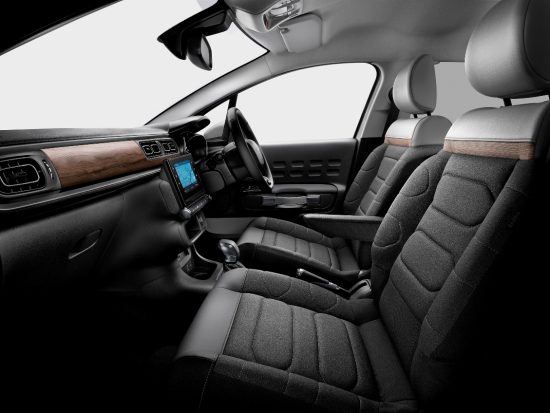 Engine choices comprise the petrol PureTech 83 or 110 with stop&start with six-speed manual or six-speed automatic transmission and diesel BlueHDi 100 S&S manual. For our review we had the PT110 automatic and costs almost £20,300 without options.

It comes well equipped but I found it strange that the front parking sensors and blind spot monitoring were a £250 extra alongside the ConnectedCAM Citroen system at £150 while the two-tone roof was a free option. Euro NCap crash tests gave it a four-star rating.

The 1.2 litre triple is one of the best engines and it does not struggle in the C3 even with its six-speed automatic transmission unless you really want to go quickly. It’s not a hot or even warm hatchback, more luke-warm, but it can keep up with city traffic and if you pick the right gear in advance it can nip around slower traffic on country roads so long as you are prepared to keep it buzzing through the box. 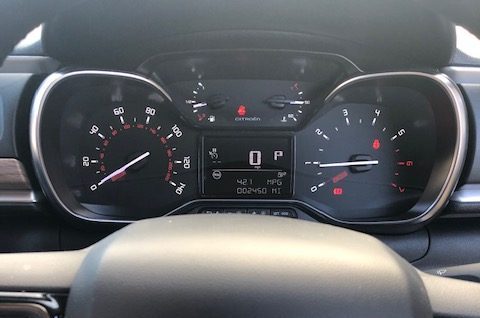 The ease of driving the C3 is a strong attraction as it demands little of the driver but provides a reasonably quick, extremely comfortable ride with a fair capacity for occupants and luggage.

Add to this its agility in confined spaces and nimbleness when parking and you have a good city car except for the non-standard front sensors and blind spot warning useful on open roads.

The brakes were well up to their duty both underfoot  on the move or when parking on a slope and the assistance generated was good, progressive and provided useful feedback. 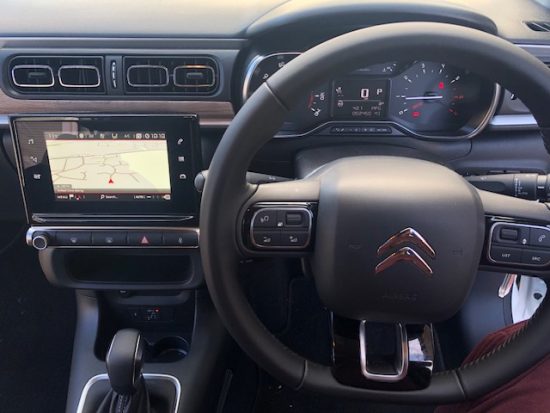 The front spring and rear beam suspension is good for taking loads and giving a comfortable ride but it can skip around over bumpy bends and is better with two in the back seats.

The handling felt safe with its tendency to run wide on quicker curves contained by easing off the throttle or steering and getting it to tuck inside.

What you hear but rarely feel is the suspension working away and the tyres transmitting a constant tune from the tarmac.

The smoothness of the ride is helped by the wide and deep seats, particularly supporting infront which also have reasonable range adjustment allied with an adjustable column, but those behind might find legroom was short even if headroom was clear. 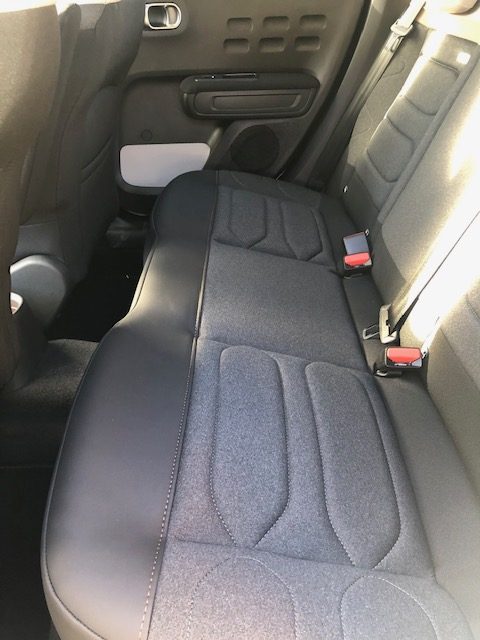 Access to cabin and boot was good and the nominal 300 litres capacity could be progressively tripled as the seat-backs dropped in stages.

The driver will find everything comes to hand and foot very naturally and apart from some minor switches on the lower fascia the secondary controls are all well placed and work well on the wheelspokes or column stalks.

Instruments in front of the driver are not particularly well calibrated but clear and include a multi-function display which changes as the driver requires.

The larger 7-inches infotainment screen in the centre of the fascia seemed a bit slow to activate but its contents had large symbols and the features they operated worked well, except that the mapping was outdated despite claiming to be contemporary. 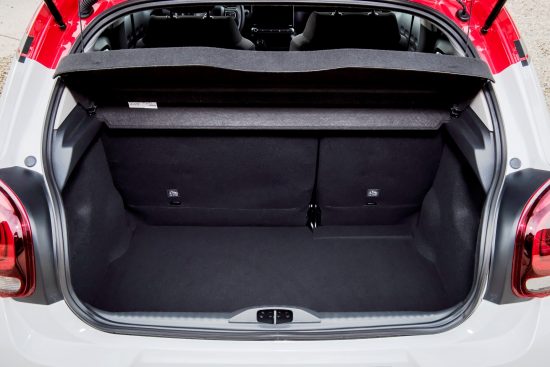 Heating and ventilation was good, with wide output, precise temperature control and strong fan assistance, backed up by powered windows.

We found oddments room was reasonable throughout. 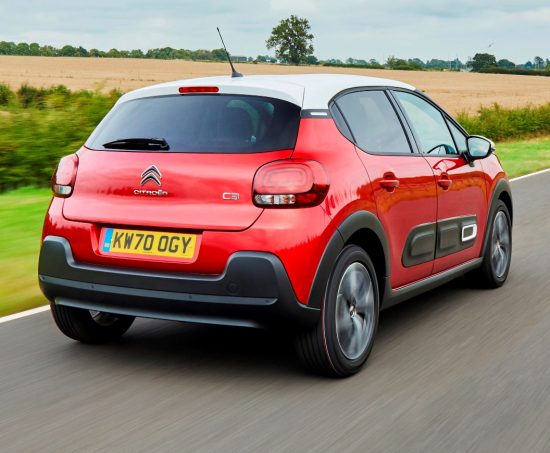 Apart from the constant road noises, the new C3 110 was a quiet car with little wind wuffle, hardly any transmission whine and only a muted engine note most of the time. In conclusion, the Citroen C3 PureTech 110 does a lot very well and nothing really badly as a city or commuting car and it’s easy to appreciate its popularity and success against more expensive rivals.