Audi has been one of the most successful brands in modern times as it aims squarely at making the cars people want to buy and their Q3 subcompact crossover hits the nail on the head.

Initially launched in 2011 with a mid-life facelift afterwards, the larger second generation hit the road in 2018 sitting on the latest versatile MQB platform from the Volkswagen Group and offers hybrid powertrains in the massive 40-strong range alongside pure petrol or diesel engines. 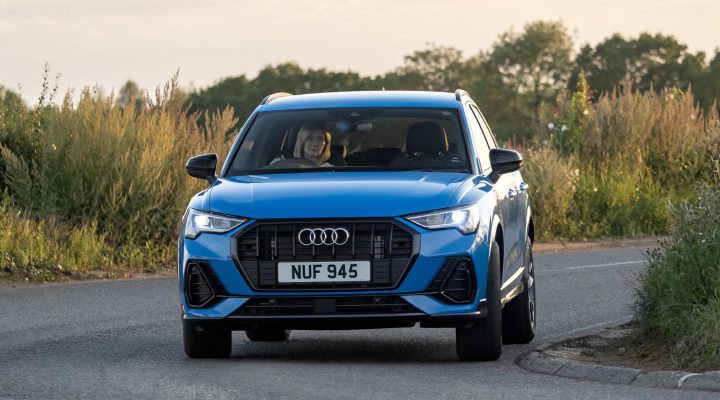 Today there are tall SUV or lower Sportback body styles, five-trim levels and a big engine range, choice of front or four-wheel-drive and prices run from about £30,500 to £50,500.

Our Audi Q3 S line TFSl e 45 6sp Automatic is the company’s first plug-in hybrid and sits squarely in the middle of the range in terms of price and standard specification but it came with a few extras which pushed it towards the top of the series including a enhanced comfort and sound pack. This also meant it attracted a higher road fund licence fee after the first year’s registration so a lower priced model in the series may be more attractive. 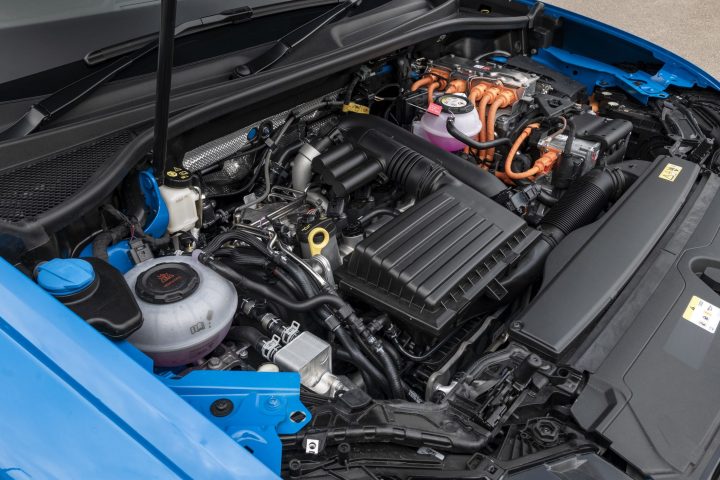 The 1740kg weight is reasonable for a five-door, five-seater of this size and the 245ps output 1.4 litre engine does a good job of moving it along unless heavily laden so you can utilise the 400Nm of pulling power at 1,500rpm and it does not complain too much. It has a respectable but not remarkable acceleration from standstill to the national speed limit for single carriageway roads.

With the sophisticated 6sp sequential automatic transmission, the engine is well matched and both are quiet and very smooth. You can flick over to manual mode with the lever if desired for some conditions. 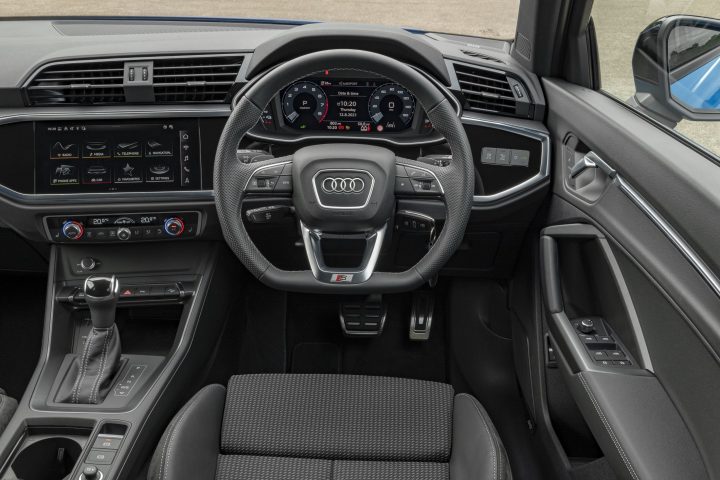 Underfoot, the brakes were extremely smooth and despite feeling initially soft to apply they really did effect a rapid slowdown and a hefty final push activated the automatic parking brake on hills. The manual electric button was just behind the lever and the Q3 was securely held on our regular test slope.

When in urban areas, parking or manoeuvring, there was not a lot of feedback from the steering but on open roads it became better balanced if a little nervous and prone to displaying alerts to keep in the centre of a lane or ensure both hands were gripping the rim. It was and they were.

Our model had front wheel drive and on some damp roads we found it scrambling for grip when moving off. It never caused a moment’s concern when sweeping through bends or lifting off and it felt surefooted nearly all the time. 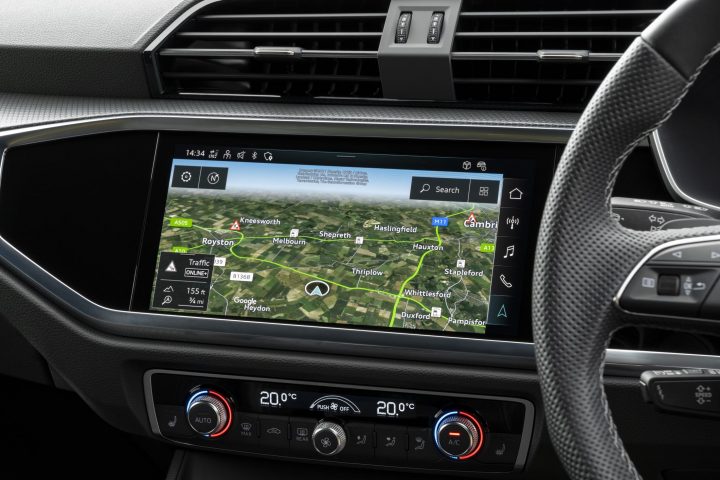 The higher walled tyres on the test car probably contributed to the smooth ride in Comfort mode on the console switch but the more adventurous can select automatic, dynamic or individual and the last then permits further fine tuning of steering and drive system responses for sharper feedback and livelier character.

The accompanying switch by the Driver Select toggle allows enforced electric only mode until the traction battery is depleted which happens after approximately 31 miles and then it has to be recharged from a wallbox as its not self-charging off the engine although it will recuperate power to some extent on a journey through coasting or hard braking. 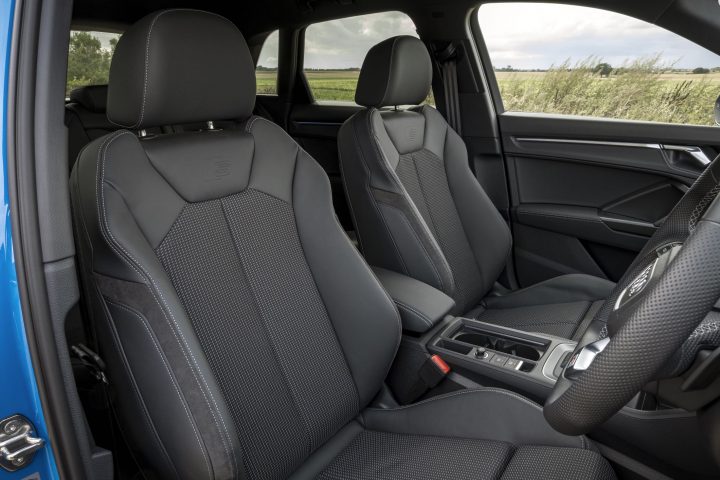 The major controls were well laid out and immediately to hand and foot but the secondary buttons were scattered along the wheelspokes and not suitable for bigger fingers, or on a small panel to the outside edge of the fascia. Thankfully, Audi has positioned the h&v controls directly ahead of the gear selector and the system worked very well, quietly and powerfully filling the big cabin with chosen air.

The large infotainment screen in the middle of the fascia was very clear and sensibly marked for the multitude of available functions. A digital cockpit display directly infront of the driver could be set up to show a wide range of essential and desirable displays, all carefully coloured and changing with the Drive Select modes. It takes some getting use to but then it really shows what it can do in a very clear and bright manner. 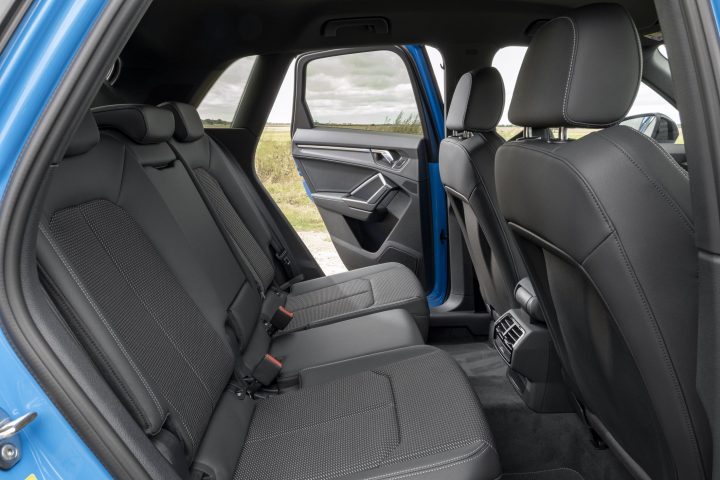 Oddments room was quite good infront and behind with large trays and cubbies for items, as well as recesses for cups or bottles and the backseats 40:20:40 split was very useful to raise the nominal loadspace to over three times as much.

Loadbed was easy to use, well shaped and commodious and the occupants have no trouble getting in or out of the seats with a lot of room even in the rear. The seats were very comfortable and supporting and the front pair had very wide adjustment range including an extendable cushion. 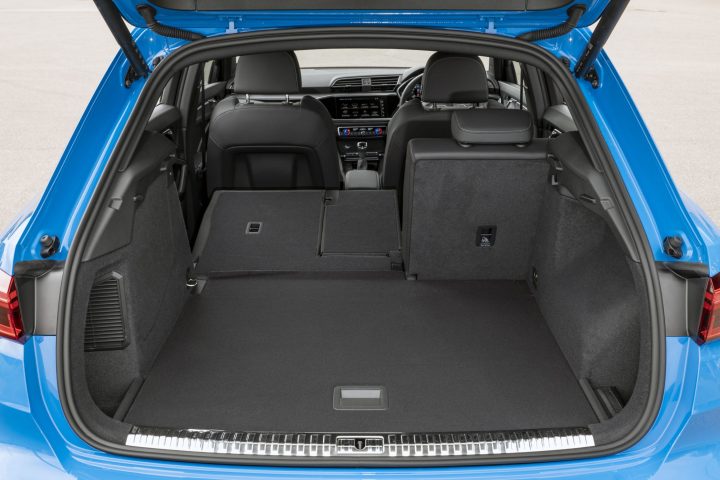 The ride comfort was very good for an SUV with minimal body roll, dipping or pitching and visibility was generally good except very close to objects hidden by the bodywork and then the sensors really came into their own.

Nearly all the time the noise level was very low, the engine could be heard rumbling away and only some road and suspension noises intruded at times.

Trim and detailing inside were very tastefully done and most things were where you’d expect to find them in a logical layout.

The Audi Q3 45 was a very easy car to use and live with, was not too expensive when you consider what it had, and it is undoubtedly one of the most stylish SUVs on sale today.