Audi is on a charge into the pure-electric luxury car sector.

For almost a decade it has dabbled in the EV market with plug in hybrid models of existing series but the dedicated pure battery e-tron series clearly shows its future intent. 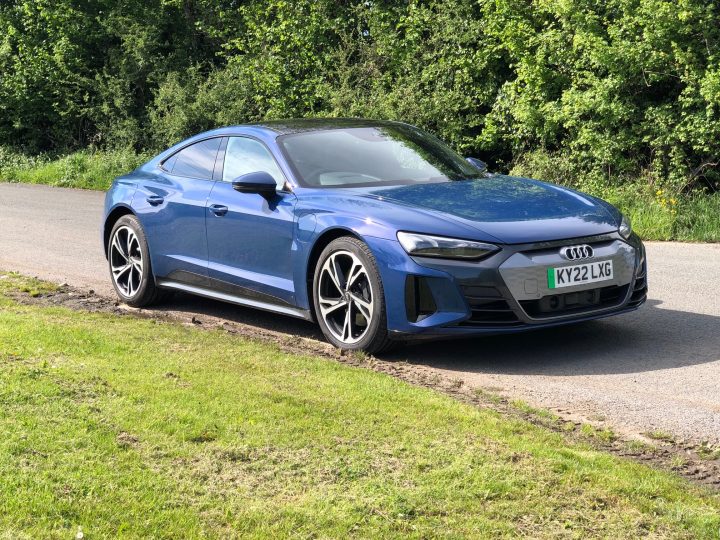 The e-tron programme is part of the parent Volkswagen Group’s technology being applied to its sporting Porsche brand but refined and engineered for Audi customers in particular.

Audi is selling standard and RS versions of its technology with the latter adding more power and features in both SUV and sleek GT saloon styles and we tested the four-door lesser-powered version here at a more accessible price, but still a lot of money. 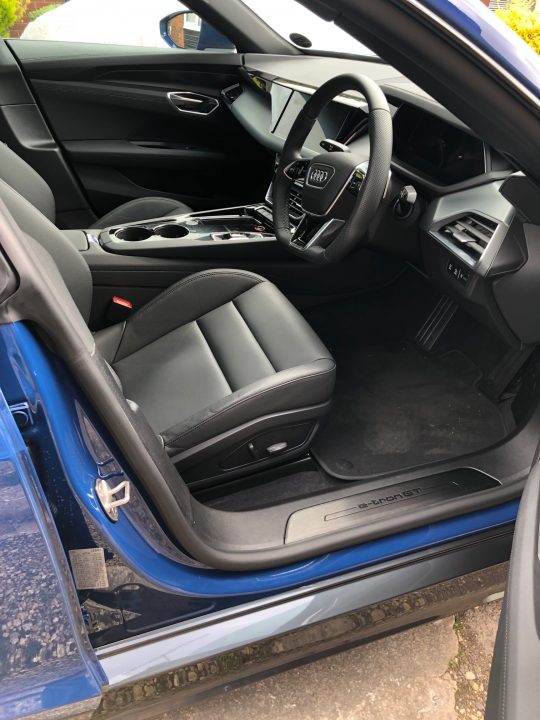 It’s pitched at the trend-setting Tesla models but undercuts them while offering a shorter range, which is probably more realistic for many owners.

Our e-tron GT had the entry level 390kW output powertrain and it gave good acceleration from rest for the 2.3 tonnes car with its near seamless automatic delivery to all four wheels. There is a way to do a full-throttle launch control start to shorten the 0-62mph time but that is more brutal and not as smooth as you might expect. 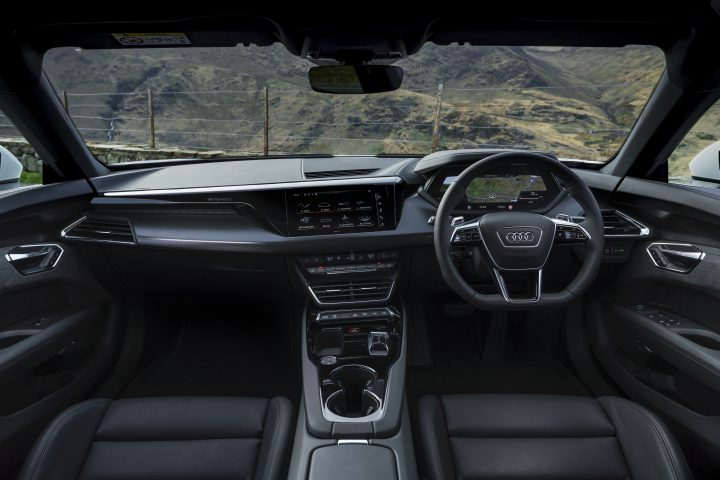 Driven briskly the GT has the ability to nip around slower traffic and reduces overtaking exposure to just seconds with the power flowing very strongly while motorway cruising is effortless and nearly silent, except for some road rumbles and low wind noise from the mirror housings.

The test car had a distinctive turbine whine under load which was not irritating or too loud, it was just there in the background. 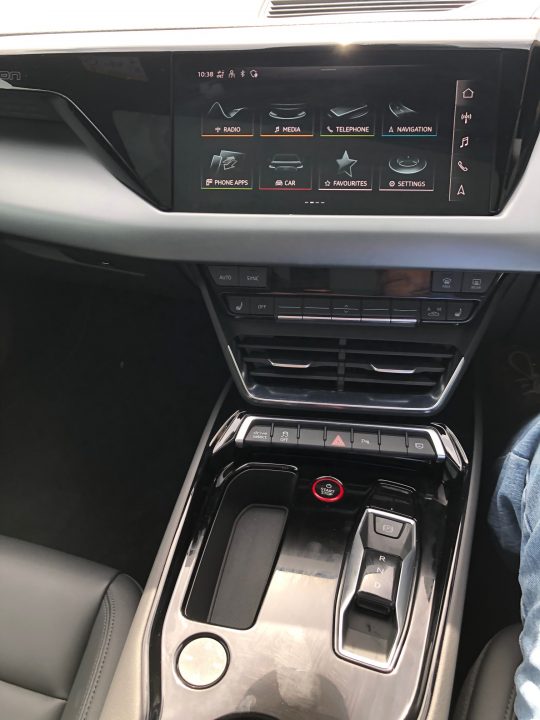 Audi has equipped the e-tron GT with three power cables: for domestic three-pin use, commercial charging via seven-pin points and an ‘industrial connector’ for business premises with dedicated supply – which I had never come across before.

We tried both three-pin and seven pin 22kWh chargers and balanced delivery through the car’s on-board charging computer each time so it went to 80% in as little as 2hrs on one occasion or would have taken overnight on domestic rates at the other end of the scale.

The use of power can been varied through four modes, efficiency, comfort, dynamic and individual, which really do what you’d expect and reflect the car’s responses to driver inputs and give you extended range or sharpened performance. 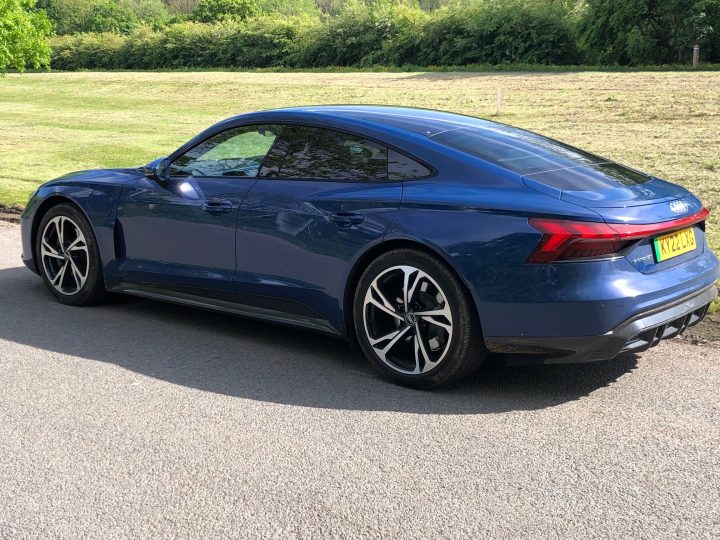 It’s recommended a driver boosts the charge to 80% battery capacity for regular use and only to 100% for longer journeys with limited recharging points, to prolong power pack life. We consistently saw that lower percentage give us up to 240 miles range.

You can extend the range when driving by introducing stronger regenerative braking through the system’s column paddle but generally the footbrake slowed the e-tron GT quickly and very smoothly while the parking brake was highly effective.

I would have liked more feedback through the steering wheel and system and even in the dynamic mode the e-tron GT did not feel agile but actually quite leaden. 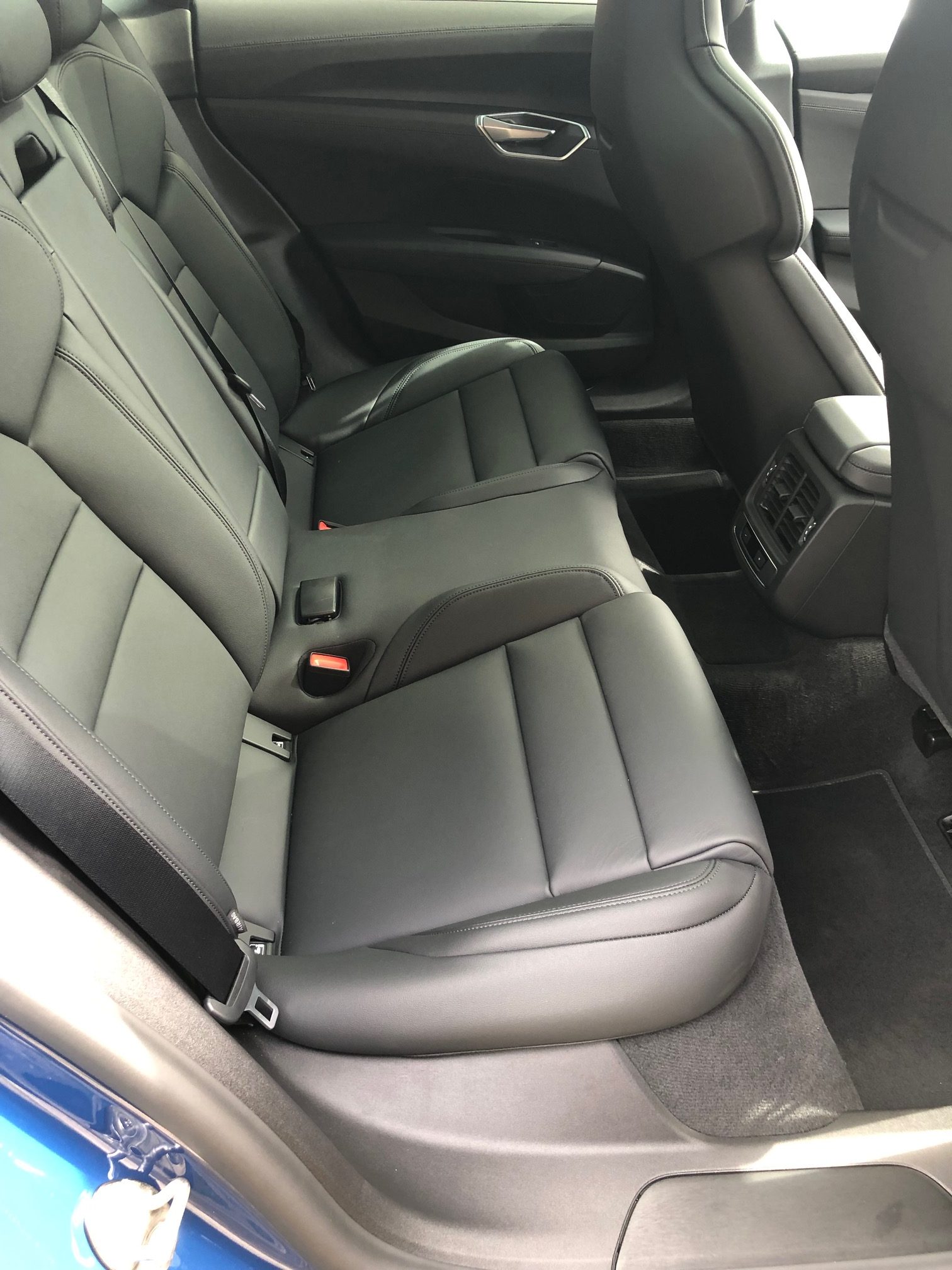 Suspension was very good with shock absorption taking care of the very worst bits of tarmac without letting the car roll around and pitch or dip were absent so it was a nicely cocooned cabin, but one passenger said the low rear seats behind tall and wide front seats and a high waistline did make them feel hemmed in too much.

The seats were very well shaped and supporting with excellent adjustment infront and access was straightforward. Using the boot was simple with electric operation but there was not a lot of height to the long and wide shape and the power cables’ bag filled some of that. A good sized front boot (below) helped raise total capacity. 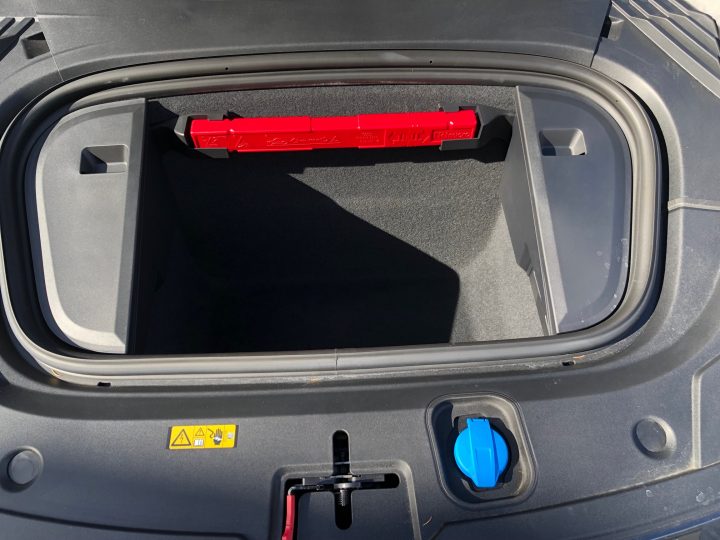 For the driver everything came to hand and foot as it should and without stretching or feeling restricted. The secondary controls were grouped on the wheel-spokes, column stalks or fascia and console and just a few push-switches were set apart.

Instrumentation directly infront of the driver could be changed but all were sensibly sized and very clear while the comprehensive infotainment screen in the centre of the dash needed some patience to work through and might be distracting unless set up before moving off.

Our car included the ability to pre-set climate which is good for a hot summer day or cool winter morning but you need to ensure it does not adversely drain the battery. On the move, the temperature changes, distribution and output were finely controlled and immediate.

Not only was the Audi e-tron GT very pleasant to look at with its smooth lines from nose to tail and over the flowing flanks but from inside you have very good sight-lines, enormous sunroof, bright intelligent headlights and effective washers/ wipers.

Everything worked with a satisfying silence and precision for the driver and even the doors closed with a reassuring muted click when it locked. 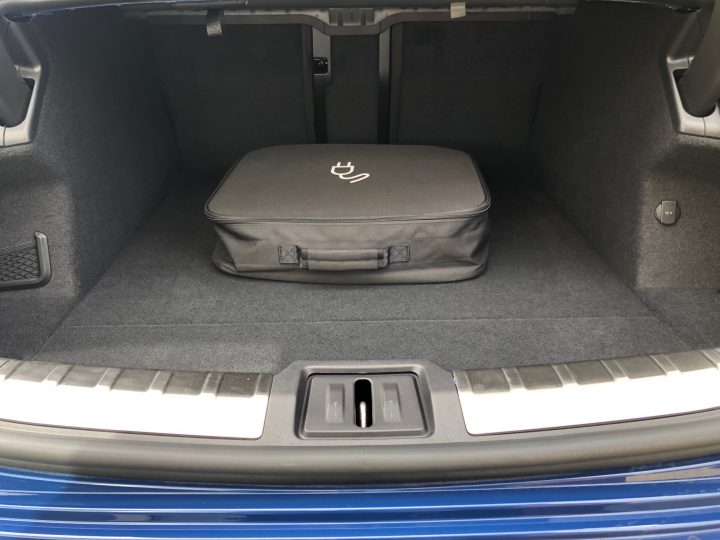 The feeling of refinement was there from looking at it before even starting out to glancing back as the driver’s door clicked shut.

In between it covers ground very easily, smoothly and comfortably without any signs of stress or strain and the only concern is ensuring you find a rapid charging point through which to continue the experience mile after mile. 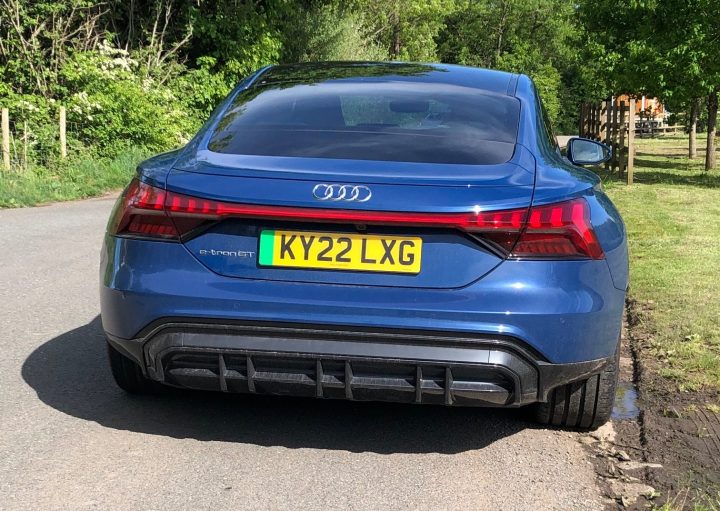