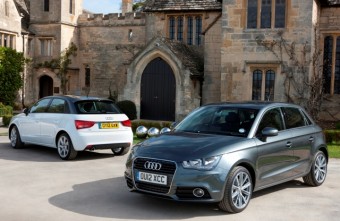 If you are fed up with all the doom and gloom in the UK car business, listen to what a comparative newcomer has to say, “The UK is a good place to be.”

Addressing his first press conference in the UK at the launch of the new five-door Audi A1 Sportback, Martin Sander, the new Director of Audi UK, said,    “This is my third month in the job but my 17th year with Audi.

“When I started with Audi in Germany there were only three models making up the Audi range.

“Now we have 17 models covering 41 different versions and our dealer showrooms are almost not large enough to accommodate all the cars we have to offer.”

Audi has entered 13 new segments in the last six years and more models are in the pipeline with a newcomer appearing about every month for the next two years. At the moment in the UK, Audi has a rolling order bank of about 33,000 cars, all of which are built to order. Sander explained, “In 2011 Audi sold a record 1.3 million cars worldwide and that total was constrained by the number we could build and supply. It is a great pleasure to be part of Audi’s success story.” 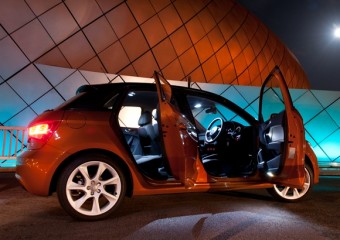 “The UK market is Audi’s fourth largest worldwide with a record 113,000 sales last year and we expect to sell significantly more in 2012 – somewhere in the region of 124,000  units  and the new A1 Sportback  will make a considerable contribution to this increase.”

The UK is the second largest market worldwide outside Germany for A1 three-door sales with 18,500 registrations in 2011. Over 20,000 sales are expected this year now the Sportback has joined the line-up, and even its range expands still further before the end of 2012. 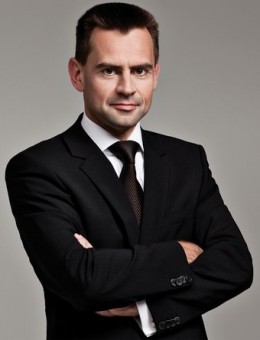 Mr Sander (right) said, “We have managed to position Audi as a progressive and modern premium brand which creates a lot of desire, we have an amazing product line up from A1 to A8 and we have a very professional dealer network and these three elements combine to drive our success.”

Since the A1 was introduced to the UK 18-months ago, about 70pc of sales have been to buyers who were new to the brand and Mr Sander hopes they will stay and move into other Audi models in future.

Sander said, “Moving from my last position with Audi in Canada I expected a totally different business climate in the UK due to reading doom and gloom stories in the newspapers.

“In fact our business is very strong and we already have a big order take for the year. For me the UK is a good place to be.”

The new and more versatile five door Sportback models, priced from £13,980 to £21,270, are expected to outsell the current three door version by two to one.

The arrival of the more practical five-door and five-seat Sportback is expected to account for 60pc of all UK sales of the A1 with over half being petrol powered and 60pc the mid-range Sport trim with manual transmissions.

The new Sportback versions carry a £560 price premium over the corresponding three door models but in addition to the rear doors you get electric rear windows in the deal.  A1 Sportback deliveries start on 24 March.

Up to now, business sales of the A1 launched in September 2010 have accounted for about 30pc registrations but the arrival of the Sportback is predicted to raise the non-retail registrations to over 40pc, said Audi UK A1 product manager Neysan Vahdat.

He believes the late 2012 introduction of the 140PS 1.4 TFSI with cylinder on demand technology first seen on the larger capacity S6, S7 Sportback and S8 will considerably raise interest among business car managers. This uses highly advanced valve control technology to shut off two of the four cylinders when they are not needed in light load running and helps achieve a combined cycle result of 60.1mpg while endowing the car with diesel like pulling power and economy but petrol sharp responses.

Externally, apart from the extra rear door each side, the A1 Sportback has a reshaped C-pillar and S-Line models get a rear-window aero wing at the top which is styled to flow from the roof over the glass and the roof is available with a contrast colour to the rest of the bodywork and a unique Samoa Orange paint finish.

The runaway success of the three-door A1 bodes well sales of the five-door and Audi has done a brilliant job of creating a better balanced look to the newcomer. 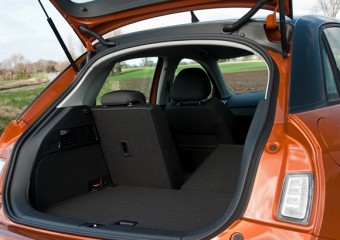 It has altered the C-pillar angle and the roofline and done so without compromising on the added centre seat in the back row.

The offset split to the row means users can gradually increase the luggage space and there is only a small lip over which to lift items.

It is not a big boot when used with the back seat in place, but it easily takes a good few shopping bags or two decent sized suitcases.

Under the boot floor is spare wheel well, but you’ll have to pay more if you actually want to fill it with a spare round thing.

Although the rear door openings are not large they are ample for most to use and there is no problem with the shorter front doors either. The added doors come with standard electric windows to maintain Audi’s technological stance.

Visibility is good through the rear window and the usual blindspot over the shoulder is very small but better than in the A1 three-door.

I drove petrol and diesel derivatives and found all had reasonably good performance but I was disappointed by their very firm riding nature and intrusive road noise from 17-inch wheels and tyres, which must be a deterrent to buying one for some drivers.