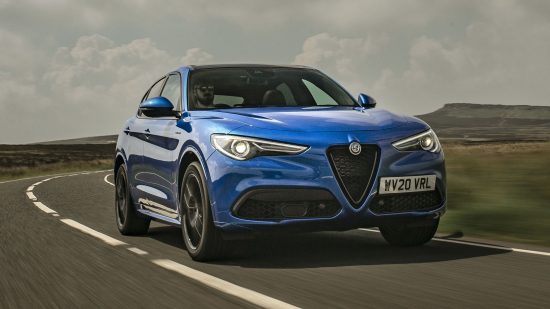 Diversity has driven the car industry for over a century responding to the changing society it serves, so we shouldn’t be surprised when a traditional sporting brand looks at something different,writes Robin Roberts.

Premium brands including Aston Martin, Audi, Bentley, BMW, Jaguar, Maserati and Porsche are examples which come to mind, but there is also the more affordable sporting Italian marque of Alfa Romeo and its Giulia saloon-derived Stelvio compact SUV, which may have been overlooked by many in this sector.

AR made a military and civilian general purpose model resembling the Jeep in the 1950s and teased the world with its Kamal SUV in the early noughties, but it was 2016 before the Stelvio took to the world stage after its US motor show launch.

In size, Stelvio is close to the Audi Q5, Volvo XC60, Skoda Kodiaq and BMW X3, so it’s not too big for most parking spaces or garages. 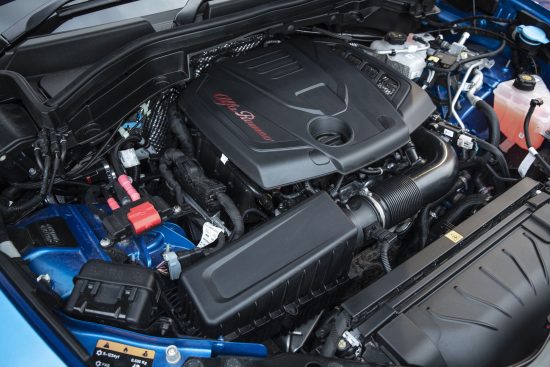 For MY21 Alfa Romeo will introduce the new 280bhp Veloce Ti to the Stelvio line-up for the first time.  With a wide range of equipment and cutting-edge technology as standard, its styling evokes the Quadrifoglio version highlighting the performance and dynamics of this SUV, now with new and more efficient engines, in line with E6d-final regulations.

It comes with a choice of petrol or diesel engines and we picked the mid-range  petrol Lusso Ti 2.0 with its well-developed 200bhp output and 330Nm at 1750rpm, and all-wheel-drive for added practicality. Our £4,410 of options inc additional sound deadening, driver assistance, superior sound system, paddles and sunroof.

The familiar 2.0 litre engine packs a reasonable punch and delivers it very smoothly through the eight-speed automatic gearbox with selectable mode as well but for all its refinement it was a thirsty pairing. It was also strange to see the column paddles are an optional extra in the AR catalogue and are there to please the driver who wants to feel like a racing driver at Pembrey, or possibly Monza. 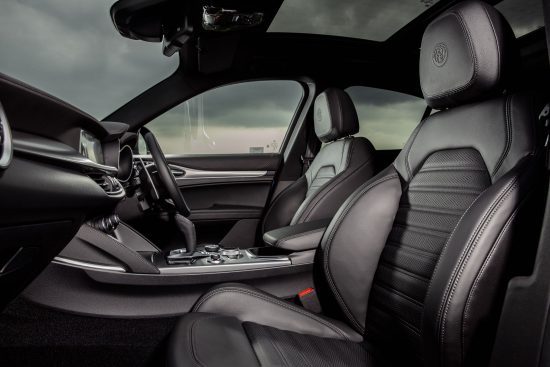 More useful was the software underhand adjacent to the automatic gear selector featuring the now well known dna selector to provide dynamic, natural or advanced efficiency responses for all weather conditions. This instantly makes a real difference to the Stelvio’s responses and works very well with the AWD transmission on wintery roads.

The 1.6 tonnes Stelvio Lusso 2.0 is a medium weight model and with the four-wheel-drive system it was very stable and put down the power in a safe and surefooted manner. There were no vices to the handling that we could find.

With a well developed suspension it cornered very flat, did not roll around, dip or pitch under acceleration or braking and the responses to steering were communicative and correct at all times. It just went where pointed.

The big brakes underfoot hauled down speed in an undramatic but efficient fashion and the parking brake securely held it on our regular test slope.

Secondary controls were tightly placed around the column and on the wheelspokes and needed familiarisation but did work well with very good wipers and extremely bright long and wide range automatically acting main beams. 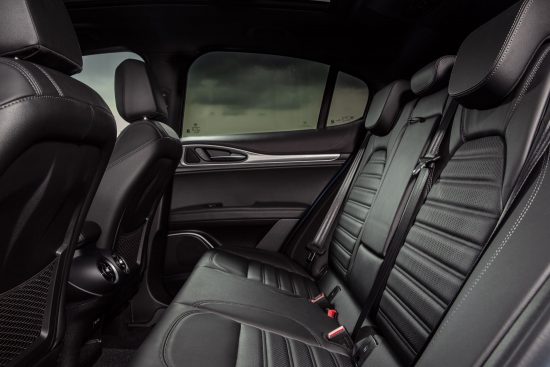 The big infotainment screen did a good job at displaying various functions like mapping, seat comfort settings and climate, phone and media but I was surprised how plain were the cowled speedometer and tachometer. Between them was a small multi-function screen for safety and optional driver assistance displays which were clear.

Heating and ventilation was very good throughout the cabin with temperature control, output and distribution well tuned for the Stelvio, backed up by powered windows and a good sized optional sunroof.

Oddments space is vital in a family car like the Stelvio and it was not lacking anywhere so front and rear seat users had places to stow items which did not have to go into the 525 to 1600 litres bootspace. That was easy to access with a flat wide and deep floor and a length which could be quickly increased by dropping the rear seatbacks which then gave access through the side doors for longer loads. It’s a roomy car for five.

The back three seats with their offset split were quite flat and not particularly supporting but those infront were much better, wrapping around the occupants and supporting under the thighs with a good adjustment range as well and big headrests. 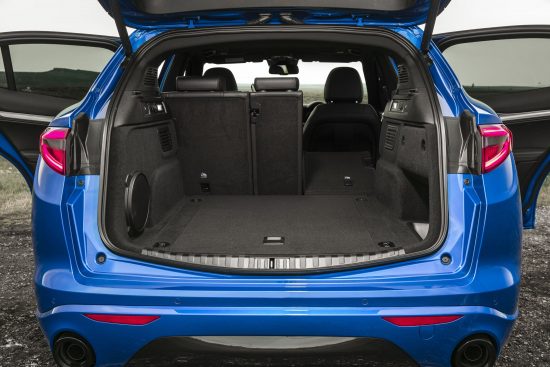 The ride quality was good for a sporting SUV, although and despite the additional extra sound deadening paid for you could hear the big wheels and tyres on the road and dealing with bumps. You ride a bit higher in the Stelvio and can easily see over the roofs of cars infront.

It has a low waistline and comes with sensors and camera to ease parking but there are still some big blindspots over the shoulder due to roof pillars and the deep tailgate so you need to be very careful when reversing.

Apart from the tyre and suspension noises there was hardly any wind rumble and the engine was muted most of the time but would produce a really good note when pressed. That became quite addictive. 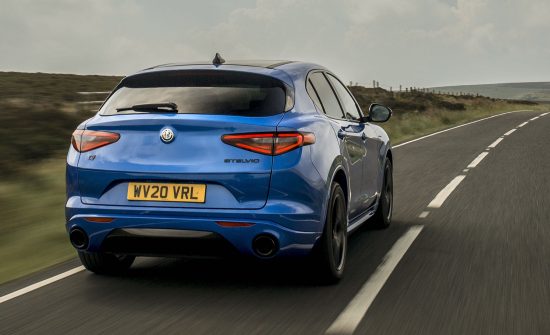 On the road it cut an imposing stance in traffic, turning many heads from the pavements and from the inside it looked very modern and cool with its clean fascia design and two-tone leather finishing.

We were impressed by the Stelvio as a stand-out SUV which can do a lot very easily and comfortably and looks different both outside and in. It is a car for individuals to enjoy and others to consider buying.