You are here: Home / Features / Engineering / Wales’ secondary roads are crumbling away 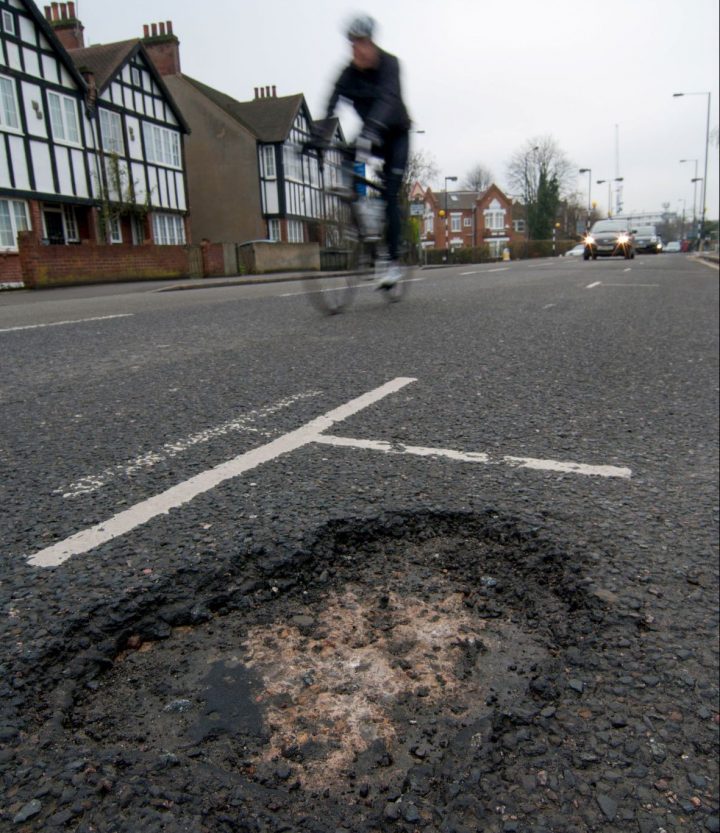 The ALARM survey, published today by the Asphalt Industry Alliance highlights the scale of the worsening issue faced by highway engineers who have to make difficult choices about keeping local roads open and safe versus improving overall conditions.

Despite an increase in average highway maintenance budgets up 3% on 2020/21 and more of that being invested in the carriageway itself, the reported backlog of carriageway repairs has increased slightly to the equivalent of £640 million – or more than £32,000 for every mile of local road.

Rick Green, AIA Chair, said, “Local authority highway teams have a legal responsibility to keep our roads safe, but do not have the funds to do so in a cost e ective, proactive way across the whole network.

“Earlier this month the Welsh Government confirmed that it has ring-fenced £500 million for major road upgrades in the strategic road network but has made no such commitment to local roads, which make up 95% of the network in Wales.”

Carolyn Thomas MS, who was previously a local authority cabinet member with responsibility for highways, and is currently Member of the Senedd for North Wales, said, “A decade of UK Conservative Government austerity has had a significant impact on public services and severely constrained the funding available to support our Highway network.

“This has been further impacted by the increase in heavy rainfall. Following a number of positive discussions and debate, I am pleased the Welsh Government is prioritising additional capital funding for local authorities this year which can be used for highway maintenance.

“The Welsh Government faces a cut in capital funding of 11% from the UK Government over the next 3 years, along with being £1bn worse off after leaving the EU – after being promised Wales would not see ‘a penny less’. EU funds have played an important role in major highway infrastructure developments, including on the recent project at Abergwyngregyn to Tai’r Meibion in Gwynedd. This was a £30m project that included £20.775m in EU funding.

“Going forward, a multiyear funding strategy needs to be made available by the UK Treasury to invest in the maintenance of our highways, to address the significant backlog and halt the decline in the crumbling infrastructure for the safety of motorists, cyclists, and pedestrians.

Jack Cousens, Head of Roads Policy at the AA, added: “Each year the debate around roads maintenance degenerates into a blame game between local authorities and Government as each claims it is the other’s responsibility to resolve. Local and national government must get round the table and create a fully-funded plan that will help make our roads safer. There is now a need to focus available road funding on the most basic need: xing the roads – for the bene t of drivers, cyclists and pedestrians. Despite talks of levelling up, road users would simply like the roads levelled out.”

Average highway maintenance budgets are up BUT the proportion being invested in the carriageway itself is down and the reported backlog of carriageway repairs has increased to £12.64 billion – or £61,700 for every mile of local road in England and Wales.

An extra £1 billion would have been needed by local authorities just to reach their own target road conditions (that’s before considering the backlog of repairs).

Nearly 37,000 miles of the network – almost one in five local roads – could need to be rebuilt in the next five years.

The number of potholes filled in the last year is 1.7 million – the equivalent of one being filled every 19 seconds.

Roads only resurfaced on average once every 70 years.