You are here: Home / News / Wales on shortlist to win Aston Martin plant 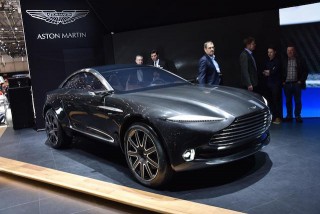 Wales has been shortlisted for the proposed new plant to build a hybrid crossover Aston Martin, it was learned yesterday.

The luxury British car maker said the original 19 sites around the world were now down to a handful and that Wales stands a chance if the UK and Welsh Governments put up the best incentives and assistance.

AM wants to build 5,000 crossover vehicles annually at a new site separate from its existing plant in Gaydon, Warwickshire, where it is going to cut jobs as it refocusses from pure sports cars.

The shortlisted sites also include possible locations in the Midlands, eastern Europe and the United States, where shareholder Daimler has a plant in Alabama destined for its new hybrid.

Yesterday, AM CEO Andy Palmer told Reuters that he would prefer the new model was built in Britain, which means Wales or the Midlands have the better chances but added that would depend on the assistance given to reduce risks and cost burdens on a company which need private equity firms to back it.

Mr Palmer repeated that a decision on the new plant would be taken by the end of this year.