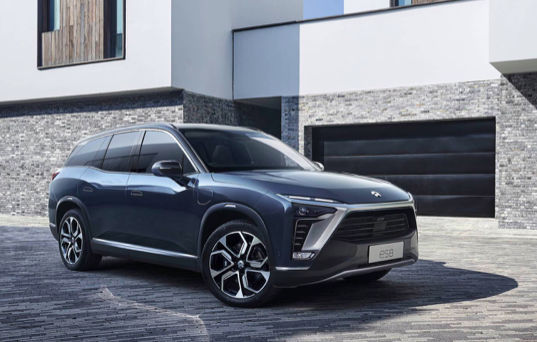 China’s Nio car company, which mostly makes crossover electric models from US design and engineering centres’ input, plans to launch its range in Europe in 2021.

The company is also heavily involved in battery to grid systems to maximise income and technology.

McLaren Automotive will introduce a new, flexible, lightweight vehicle tub for its next generation of electrified supercars.

Businesses in the automotive sector have until the end of September to get grants agreed, worth up to 25% of turnover, but mistakes in the application process can hamper the progress of applications, with often incomplete or incorrect details resulting in a rejection.

Since its first appearance 30 years ago this week in 1990, Clio has become the Renault Group’s best-seller throughout the world, with more than 15 million units sold.

The car that has most often been crowned the favourite car of the French has even risen, since 2013, to the rank of leader in the B segment in Europe and now it becomes available with an advanced hybrid technology powertrain.

Use of fleet management software is now back to pre-coronavirus crisis, FleetCheck is reporting, with businesses having often used the lockdown period to rethink their whole approach to transport.

Peter Golding, managing director, explained that the company could see that the majority of users who were active before mid-March had now returned, and that the volume of work being processed was at levels that could be described as normal. In addition, more than 100 new companies had start using the system since lockdown began.

Driving against Government advice in bad weather could invalidate your insurance.

The warning has come from Uswitch following gales, heavy rain and even scorching temperatures which could damage your vehicle, particularly if exceptional weather circumstances are part of the police statement.

If you have £350,000 minimum to spare, Lunaz will electrify your old Rolls-Royce Cloud or Phantom.

The specialist engineering company is planning to convert up to 30 such models over the next few years.

The Chinese motor show in Beijing will take place during September.

The American Washington event has moved back slightly to later Spring next year, possibly as a result of the Geneva motor show’s future being uncertain.