Two years since its market introduction, the Lamborghini Urus Super SUV, has reached the important milestone of the 10,000th car.

The model with chassis number 10,000 is destined for Russia and is a landmark for the company which has seen its fortunes turn around as a result.

Car insurance premiums decreased by £6 during June and now stand at an average of £709, which will be welcomed news for drivers, said Dan Hutson of comparethemarket.com.

Although they still pay the most, premiums have dropped largely for younger drivers with a decrease of £10 from May’s prices, to £1,113, premiums are still the highest in London with those living in the capital paying an average of £1,089 or nearly double the amount paid by drivers in the South West, where premiums average £536.

A cross-party group of MPs with bus manufacturing sites within their constituencies have written to the Prime Minister to demand that the £3 billion he committed in February to fund investment in “at least 4,000 new zero emissions buses” is brought forward as soon as possible.

Robert Goodwill MP (Con) and John McNally MP (SNP), who both have Alexander Dennis sites in their constituencies, and Ian Paisley MP (DUP), who is the local MP for Wrightbus, have joined forces to call for what they say will be a “critical, potentially life-saving, boost for the industry, and will sustain and create thousands of jobs” and their calls follow pressure from the Hydrogen Strategy Now campaign, backed by more than 50 MPs and 40 businesses working in the hydrogen sector, which has urged the Government to commit to a clear strategy for the industry. 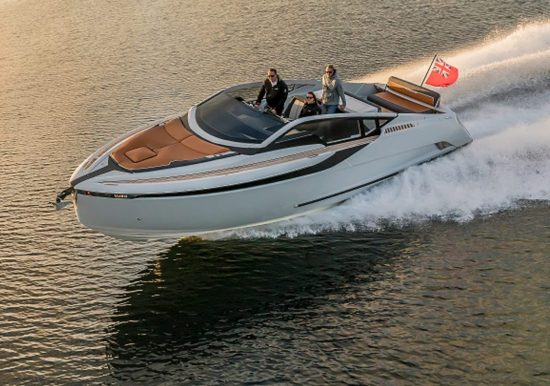 Luxury British motor yacht manufacturer, Fairline Yachts, returns to Salon Privé with the debut of its sleek, stylish and sporty dayboat, the F//LINE 33.

Salon Privé is returning to Blenheim Palace from 23 – 26 September to showcase stunning classic and super cars, and other goods loved by the well-healed.

The British government will make £350 million available to support industry efforts to cut carbon emissions and drive an economic recovery from the coronavirus crisis, Reuters reports in media.

The investment package will help businesses decarbonise across the heavy indusry, construction, space and transport sectors, the government said.

Premises in Germany, Italy and Switzerland are being searched as part of an international investigation being coordinated by EUROJUST, the prosecutor’s office said in a statement.

Germany’s environment ministry on Wednesday rejected proposals drawn up by the transport minister which aim to clear the way for a motorway toll for cars across Germany and Europe, saying a system of CO2 pricing was preferable.

“It is not sensible,” said a spokesman for the environment ministry when asked about the proposals for cars which Transport Minister Andreas Scheuer had hoped to get agreed by all German ministries.