You are here: Home / Motorsport / 2023 / Toyota sweep to victory again in Dakar challenge

Qatar’s Nasser Al-Attiyah and his French co-driver, Mathieu Baumel, successfully defended the Dakar title they won for Toyoya Gazoo Racing in 2022, bringing their GR DKR Hilux T1+ over the finish line of this year’s event.

The pair lost 5min 41sec to the winners of the rally’s final stage, but sealed the overall victory with a winning margin of 1hr 20min 49sec. 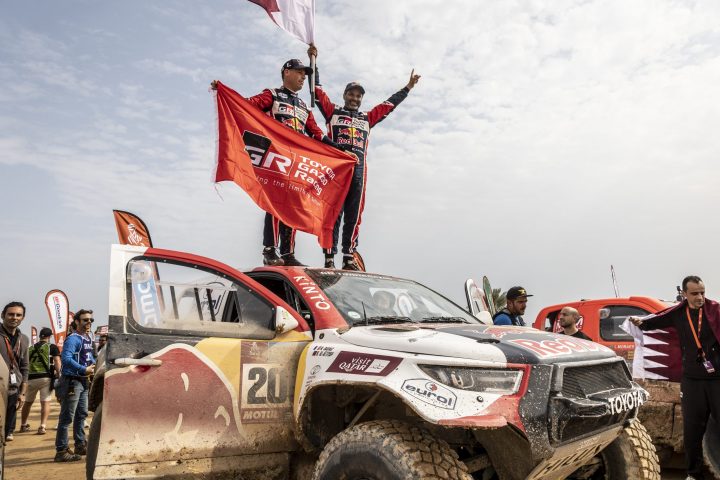 Al Attiyah (above right) said, “It was a tough two weeks, but to be able to come back and defend our title is fantastic. I’m really proud of our GR DKR Hilux T1+, and to win the race three times with Toyota Gazoo Racing is truly something special.”

This is Al-Attiyah’s fifth win in the Dakar Rally, while Baumel’s tally is now four victories. The pair have won three times for Toyota, with the latest coming in a back-to-back display of quality, durability and reliability for the Japanese manufacturer. The pair took over the lead of the event on Stage 2 and never relinquished that position.