The Estonian driver inherited the top spot late on the penultimate day when Hyundai i20 N team-mate and long-time leader Thierry Neuville understeered off the road and into a ditch, shattering the Belgian’s hopes of a repeat home win. 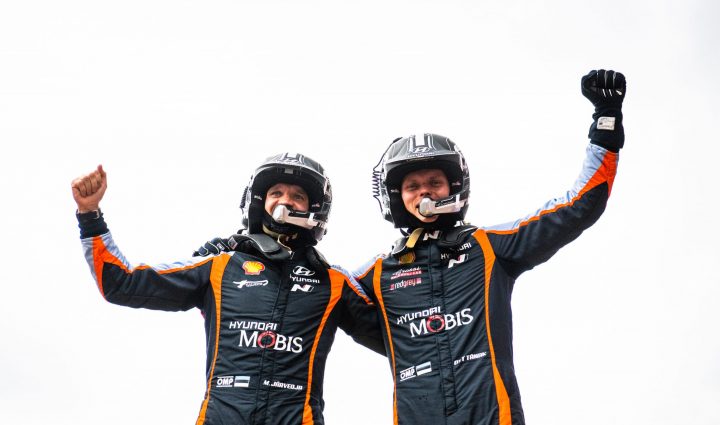 Toyota GR Yaris star Evans was not willing to give up without a fight. He flew to fastest times on the two opening stages but was still unable to make any major gains on the leader.

It was a similar story in the afternoon and, despite outpacing his rival by 2.2sec in the finale, the Welshman was unable to overhaul Tänak, who took the spoils by 5.0sec.

Tänak’s success means he now trails championship leader Kalle Rovanperä – who rolled his Yaris out of contention on Friday morning – by 72 points. The 21-year-old Finn salvaged five Wolf Power Stage bonus points and remains on track to become the youngest WRC champion in history with four rounds to go.

“To win here is a big surprise for us – more or less the same as it was in Finland,” said Tänak. “We didn’t expect it from anywhere basically, but somehow we were able to pull it together during the rally.

“It’s great to see that some results are coming, but there is so much we can improve and we could still be a lot stronger, so there is still some work to do,” he added. 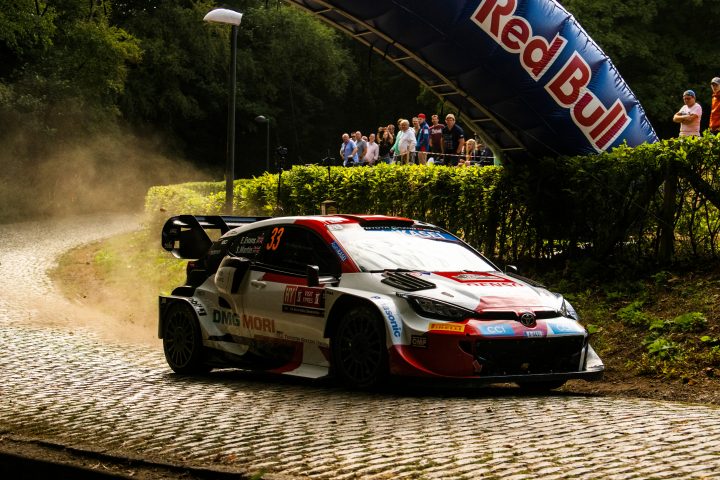 For Evans (above), it was a case of what could have been. He gave away valuable seconds on Friday when a slow puncture forced him to run a wet weather tyre in dry conditions. He was also lumbered with a 10sec time penalty for arriving late to SS8. Without that, the outcome could have been different.

Esapekka Lappi made it two GR Yaris cars on the podium – securing a lonely third at the end of a trouble-free weekend where a poor tyre choice on Friday was the only real bump in the road.

He trailed Evans by 1min 36.6sec but held a massive 1min 46.9sec advantage over fourth-placed Hyundai youngster Oliver Solberg, who netted a career-best result to banish all memories of his early retirement last time out.

Solberg was initially locked into a tight scrap with M-Sport Ford’s Adrien Fourmaux. However, the Puma driver crashed out in the penultimate stage, enabling those behind to gain a position.

Over two minutes back was Takamoto Katsuta, who continued his consistent run of form to take fifth overall in another Yaris car. Although transmission and hybrid unit faults plagued the Japanese driver, he has now finished inside the top six at every round since Sweden in February.