You are here: Home / Retail / Accessories / Taking a nod to history in our cars

Their automotive experts list 7 ‘must haves’ from a time when car styling was widespread, and upgrades were seen as an essential way to add comfort and individuality to a meagre standard specification.

The list isn’t exhaustive and notably absent are things like fluffy dice, rear window louvres and anti-static strips, many of which may be seen at Hagerty’s Festival of the Unexceptional later this month, with plenty more 80s and 90s period accessories on display at RADwood on 20th August.

Here are some of these automotive accessory greats.

Aftermarket audio
Aftermarket units levelled the playing field, so fitting a Blaupunkt Bremen RCM43 to your Peugeot 306 gave you a taste of what it felt like to listen to music in a Porsche 993 Carrera. It wasn’t cheap: £799 for the top-of-the-range Blaupunkt in 1994 equates to around £1400 in today’s money. A basic Blaupunkt Boston cost a more affordable £99.

Checking out the ‘wall of sound’ in a motoring shop felt like a rite of passage for a young driver. Cassette or CD? Multidisc autochanger? Remote control? Graphic equaliser? Amplifier? Subwoofer? So many sound decisions to make. Do you add a KENWOOD, ALPINE or PIONEER sticker to the car’s back window? And how many of forgot to remove the security panel from the front of the head unit or didn’t fancy carrying the entire system?

Cassette or CD holder
The Fischer C Box was the ultimate accessory for the audiophile with a thing for tidiness. Available for a range of vehicles, and in some cases fitted at the factory, these cassette and CD holders were designed to fit in the centre console, between the seats and, in some cases, on top of the dashboard. 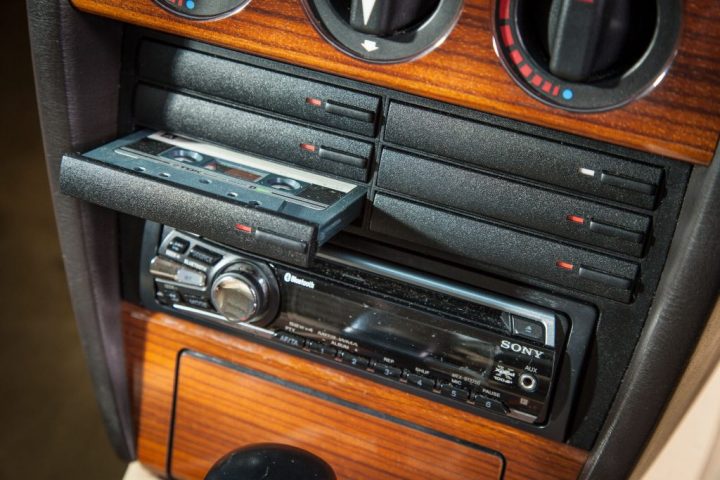 Alternatively, you could listen to the sound of the cassettes or CDs rattling around in the glovebox or put up with the annoyance of losing them in the rear footwells or under the seats. Today, a motorist has access to every song, audiobook or podcast via a smartphone, but where’s the romance of selecting the best tunes for a road trip or your favourite albums for a summer holiday?

Heckblende
Heckblende is German for ‘rear panel’ and is a reflective, replacement panel that fills the section between the rear lights to create a continuous strip. The plastic panel hit its peak in the 1980s and ’90s, when manufacturers fitted them to some models, either as standard or as an accessory.

Some were more successful than others, but aftermarket items tended to have the name of the car emblazoned along the panel. Today, the heckblende is enjoying a renaissance in the form of illuminated strips along the back of modern vehicles. They’re cool, but are they Richard Grant Accessories cool?

Tax disc holders
The first paper tax discs were issued in 1921, but everything changed in 2014 when the DVLA moved into the digital age. Eight years on, you’ll occasionally spot the odd tax disc from 2014 or 2015, with some motorists keen to hang on to a small piece of motoring history. 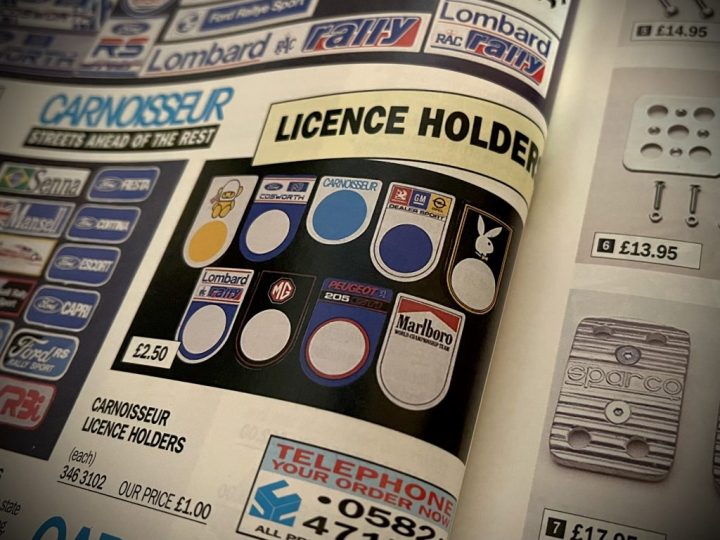 The death of the paper disc signalled the end for the tax disc holder industry. 2.5 million new cars were registered in the UK in 2014, each one requiring a tax disc holder, and aftermarket holders meant you could add a Playboy logo to your Proton, Marlboro branding to your Maestro, or some Hesketh Racing nostalgia to your Honda.

Personalised windscreen shades
Nothing said ‘I’m in love’ quite like a sunshade with the name of your significant other above the passenger seat. It was the 1970s, so the lady’s name was never above the driver’s seat; different times, and all that. 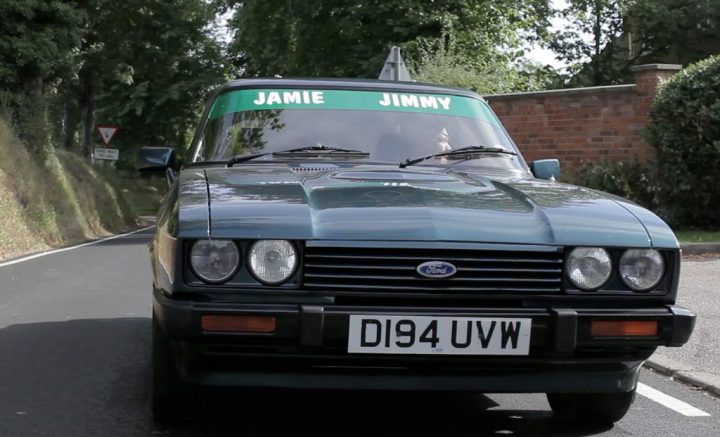 Less permanent than a tattoo, the name of your beloved could be removed if the relationship turned sour, although ‘YOUR NAME HERE’ wasn’t a great look. This is one accessory that deserves to remain in the past…

Nodding dogs
It’s not a nodding dog, it’s a wackledackel, which is German for ‘bobblehead’. Split the words, and the translation becomes ‘wobble dachshund’, hence nodding dog. In other words, an accessory you might associate with UK kitsch has its roots in Germany. 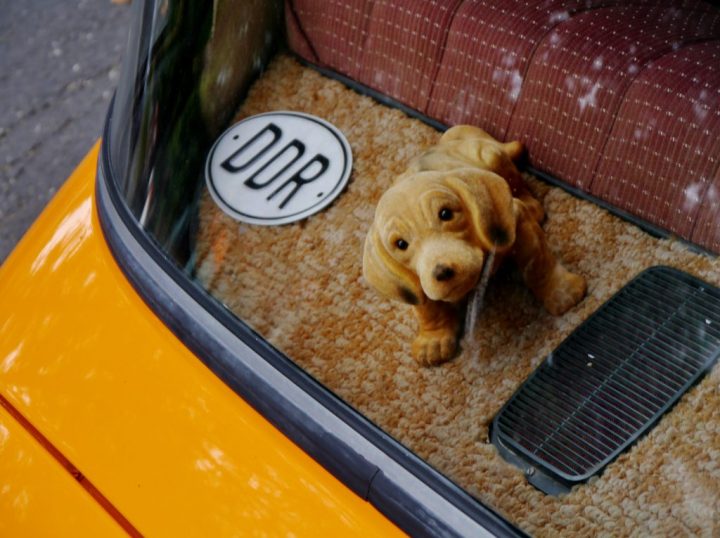 It all started in the 1970s with the creation of a dachshund with a wobbling head. which became a popular accessory for German motorists. The wackledackel got a new lease of life in the 1990s when it featured in an advertising campaign for the German fuel retailer Aral.

Vinyl roofs
The story of the vinyl roof begins in America, where it was used on hardtop vehicles to deceive onlookers into thinking you owned a convertible. Available in a range of colours, including black, gold and white, and garnished with anything from landau bars to opera windows, the vinyl roof was the height of fashion.

Vinyl roofs made their way across the Atlantic, appearing on cars in the 1960s, throughout the ’70s and into the ’80s. From the brochure of the Opel Manta A: ‘The most distinctive feature of the Berlinetta is the colour-matching vinyl roof cover, subtle in appearance yet when you see it, you’ll know it’s just right.’ In the UK, the vinyl roof was a status symbol – a touch of class and a sign of ‘good taste’. An accessory to file alongside avocado-coloured bathroom suites, fondue sets and sticking a paper umbrella in a prawn cocktail.