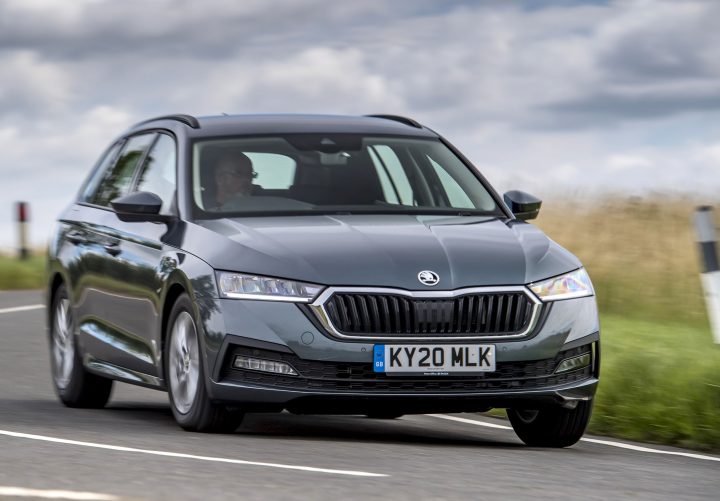 The all-new Skoda Octavia range of Hatch and Estate models is well and truly in circulation after the initial COVID-19 lockdown delays and are making their way to eager UK customers with more versions just announced, writes David Miles.

The Octavia has been Skoda’s best selling global model range with 400,000 of them rolling off the production lines each year. They are built in the Czech Republic, China, Russia and India.

This fourth generation range in the UK up to now has only been available with recently introduced 1.0-litre TSI 110hp engine with a manual gearbox joining the 1.5-litre 150hp TSI petrol manual gearbox unit plus the 2.0-litre turbodiesel 116hp manual and 150hp DSG auto engines and transmissions and we were promised more power units to come. 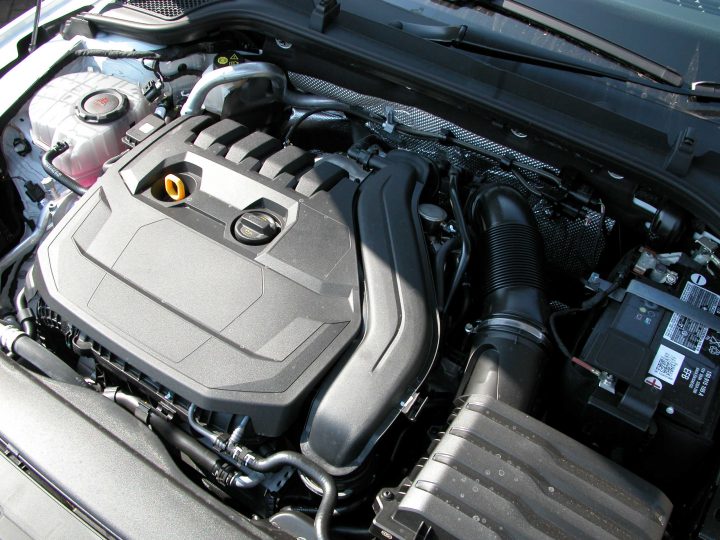 In addition the sporty vRS iV models will offer front or four wheel drive variants and there will be the option of a DSG auto gearbox. More news just in regarding the 1.0 TSI e-Tec mHEV mild hybrid 48-V power unit with a belt-driven starter-generator, a DSG auto gearbox as standard,   it is available with the Hatch body from £23,005 and as an Estate from £23,985.

As the delivery to the UK of the new Octavia models was delayed by the lockdown, when vehicles did arrive some of us motoring media types were lucky to get very prompt initial test drives.  Unfortunately some of them clashed so my colleague ended up with a 150hp diesel Estate just as I was taking delivery of a 150hp diesel Hatch. Still the information and driving experiences were worthwhile judging by the feedback from our readers.

Now I’m getting to grips with the new Octavia Estate but with the 1.5-litre TSI 150hp petrol engine but still with SE L First Edition specification priced at £26,230.   Whilst diesel versions will still be the mainstay choice for high mileage fleet customers the petrol units will appeal to retail buyers, especially this 1.5-litre TSI 4-cylinder unit with cylinder deactivation. 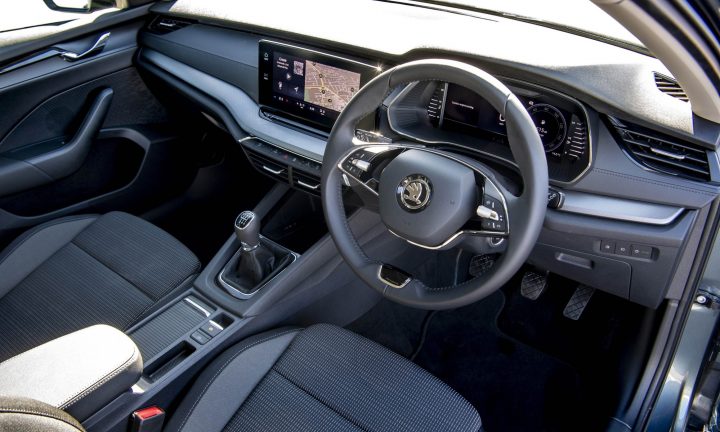 This generation of Hatch and Estate models are larger, have improved specification, better driving safety support features and important connectivity functions and the prices are at least still competitive if now not a great deal less than the competition.

One of the Octavia’s strong selling points over many years, apart from price and value for money specification, has been its size. The new Estate is 22mm longer than before at 4,689mm. The width has also increased by 15mm to 1,829mm and there is a long wheelbase of 2,686mm  which provides best in class legroom for rear seat passengers both adults and children. The Octavia Hatch and Estate models use an evolution of the VW Group MQB platform which provides the facility for a longer wheelbase and more bodywork overhang at the rear for a larger boot/load area.

The Skoda Octavia might be new but it has all the styling hallmarks of the previous generation, another case of evolution over revolution following Skoda’s philosophy of being ‘Simply Clever’, it’s not broke – don’t fix it in other words.

There is a revised front end with new grille, bumper and razor-sharp narrower headlights featuring LED technology for low beam, high beam and daytime running lights as standard. The tail lights, brake lights and fog lights make use of LED technology as well. The new
design roof rails emphasise the elongated silhouette of the Octavia Estate. In between the front and rear ends of Hatch and Estate versions are sharp continuous styling lines and sculptured panels which emphasise the Octavia’s length as well as enhancing its kerb appeal giving it classy up-market status. 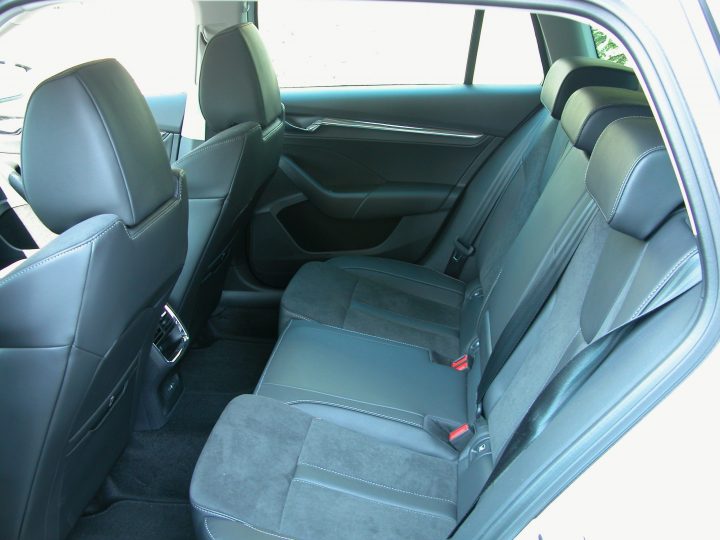 Inside there is a new multi-level dashboard arrangement with the 10.25-inch touchscreen mounted centre and high up on the virtual cockpit dashboard. Below that is a line of buttons to control various functions including the driving mode selector, Park Assist and a short-cut to the air con settings.

The smart looking new two-spoke steering wheel, which can be heated as an option, has new control buttons and knurled scroll wheels allowing drivers to operate a total of 14 different functions without removing their hands from the steering wheel to operate the touchscreen some of the time.

However it’s not the most rapid or user friendly touchscreen system, it takes time to load and doesn’t retain the driver’s settings such as Eco mode or to turn off the intrusive Lane Keep Assist function, these have to be reset each time the car is started. Another issue was the sat-nav system distance readout was in kilometres not miles despite the fact that the miles setting was chosen in the set-up memory and miles and mph were displayed in the virtual cockpit instrument display.  It appears Skoda UK is waiting for a software ‘fix’ to rectify this issue.

Otherwise the interior was a nice environment with a combination of chrome trim inserts, chrome door handles, a neat centre console plus soft-touch trim materials. The LED ambient lighting multi-colour combination functions operate for the front doors, footwells and dashboard and give the new Octavia a premium look and feel in keeping with its inevitable move upmarket. As I’ve already stated there’s lots of interior space and legroom and the only negative comment from two adult rear seat passengers was the lack of padding for the rear seat squabs so impacts from road imperfections were transmitted to their derrieres. 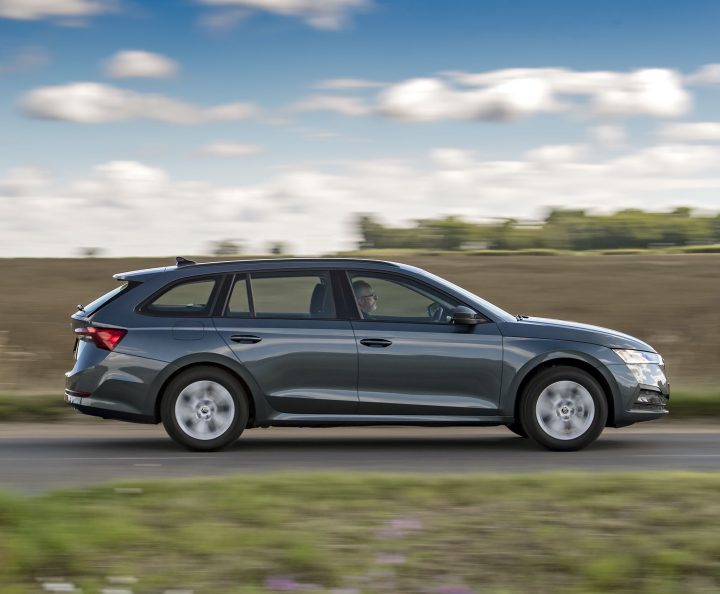 I’m not going to trawl through the huge list of spec items or vast list of extra cost options. Suffice to say the SE L First Edition includes the latest connectivity and driving safety and support systems functions, 17-inch alloy wheels and overall the equipment level is high but most of it can also be found on other VW Group brand’s models.

My test Octavia SE L First Edition Estate with the 1.5 TSI 150hp turbo petrol engine and 6-speed manual gearbox is priced at £26,230 but it had the £595 metallic paint option, £1,150 panoramic sunroof, £345 Park Assist and a £180 steel spare wheel so the whole package cost £28,500. Given its size, spaciousness, quality, styling inside and out and driving performance I think proves the new Octavia remains a fair bargain and in these uncertain times that makes Skoda’s Simply Clever marketing theme very appropriate.

In operation the Octavia Estate is an easy car to live with. It’s relatively nimble and agile with predictable steering and cornering control even when heavily loaded. The 1.5-litre, 4-cylinder TSI petrol engine has cylinder deactivation and it changes from four to two-cylinder mode operation under light power demand, during its coasting mode or during the overrun and the switch between two and four cylinders is seamless. 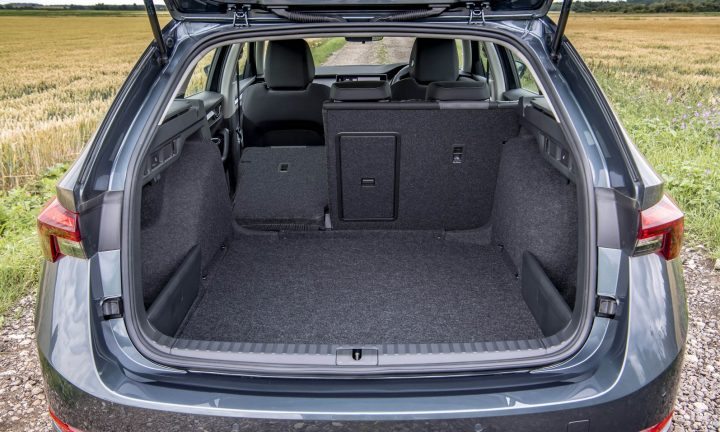 Its 250Nm of torque from 1,500rpm can be marginal for response under load. In those circumstances in needs full use to be made of the gearbox to keep it at its responsive best in its optimum torque band.  If this engine becomes available with a DSG auto gearbox go for that option it would making driving just that little bit more agreeable.

I was thinking during my relatively long driving period with the test car that this big estate with this petrol engine would benefit from having  hybrid assist to boost the torque output and improve the ‘grunt’ needed at times. And by the time I sat down to write this review Skoda have announced that we will get e-Tec 48-V hybrid technology for this engine, so good news.

However the 1.5-litre test car unit was impressively fuel efficient during my 10-days of driving, much of it having a family motoring break in a very congested Norfolk and Suffolk. The 200-miles, mainly motorway/dual carriageway journey, at around 70mph returned an excellent 59mpg and 58mpg on the way home, much of it done in Eco mode once cruising speed had been reached.  Adding in another 250-miles of rural and traffic congested roads motoring the overall figure was 54.7mpg, far exceeding the official WLTP Combined Cycle 42.2 to 49.6mpg figures. 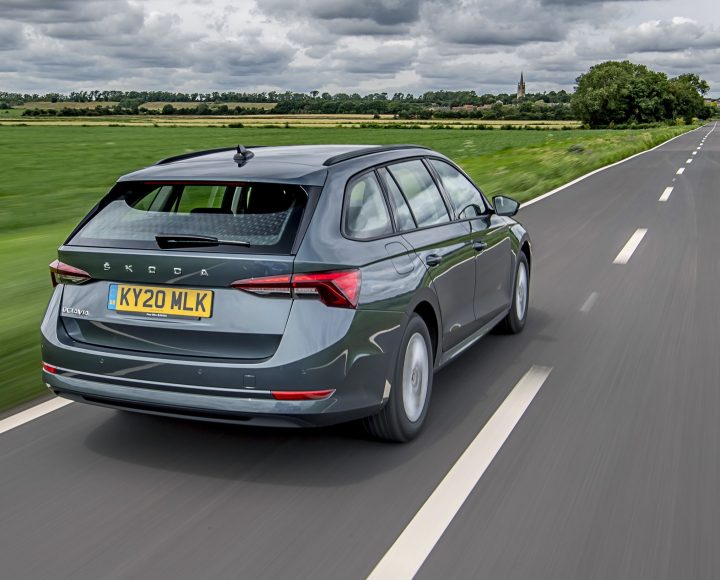 The big estate is not slow either with the zero to 62mph acceleration time of 8.3-seconds and it has a top speed of 139mph.   The CO2 emissions are 130g/km so VED road tax is £175 First Year rate then £150 Standard rate and company car drivers will pay 29% Benefit-in-Kind tax. The warranty is the usual VW Group’s rather ungenerous 3-years/60,000-miles.

From front to back, in the car, under the bonnet and even for those of us with deep pockets, the new Skoda Octavia Estate or Hatch has to be a sensible purchasing option in a very competitive market sector.