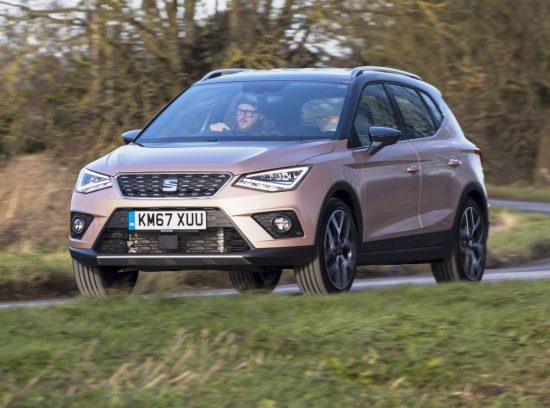 In the much-troubled year of 2020 new car sales across the globe stalled and even the must-have Crossover/SUV styled vehicles saw their sales flatten, writes David Miles.

According to JATO Dynamics reliable new car sales figures, although such vehicles still accounted for 40% of all cars sold in Europe there was no growth.

They added ‘Over the last six years, SUVs have been a consistent driver of growth for Europe. As the market started to recover between 2011 and 2013 following the economic downturn, increasing buying power and demand shifted from hatchbacks, estates and MPVs, to SUVs’.

Whilst the UK has the Nissan Qashqai as the best selling SUV type model range followed by the new Ford Puma, Volvo XC40 and the Kia Sportage, in mainland Europe the SUV sales league is led by the Peugeot 2008, Renault Captur and Volvo XC40.The Nissan Juke, Kia Niro, Hyundai Kona, Skoda Kamiq, Suzuki Ignis and Jeep Compass also proved popular and in the UK we know the Vauxhall Mokka/Crossland X, VW T-Cross/T-Roc, Audi Q2 and the SEAT Arona are also popular choices.

And it’s this latter one, the SEAT Arona – a compact SUV that was first introduced in 2017 that I’m getting to grips with as I haven’t driven it since it was launched.  The Arona fits into SEAT’s SUV range below the mid-sized Ateca and Tarraco large seven-seater. 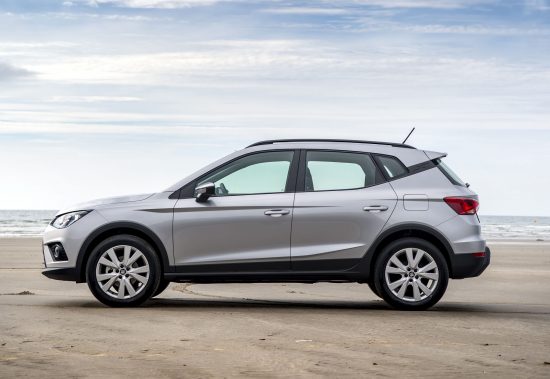 Styling wise not much has changed so far throughout the Arona’s life span except for the engine options in-line with public demand and legislation. The Spanish brand’s Arona shares most of its components with the Volkswagen Group of brands supermini and compact SUV models such as the T-Cross/T Roc, Kamiq and Q2.

In reality it is a matter of personal choice, price and the convenience of whatever dealership suits best that places one model ahead of another.

The 2020 Arona prices at the time of writing range from £18,605 on-the-road to £25,235 with a choice of four petrol engines – the 1.0-litre TSI turbo petrol 95hp unit with a manual gearbox, the 1.0-litre TSI 110hp TSI auto, the 1.0 TSI 115 manual and auto and the new 1.5-litre, 4-cylinder with cylinder deactivation with 150hp and an automatic gearbox. There are no diesel engine options now listed in SEAT’s price list and all are front wheel drive with no 4WD option.

The engine availability depends on the spec level chosen and these are SE, SE Technology, the sportier spec FR and FR Sport and the more ‘indulgent’ as SEAT calls them Xcellence and Xcellence Lux.

Now the Arona like other VW Group small SUVs are based on their 5-door hatchback supermini sized models  with styling changes to promote the SUV go-anywhere robust image and perhaps a bit more space or luggage room but generally they are supermini’s with a higher suspension. 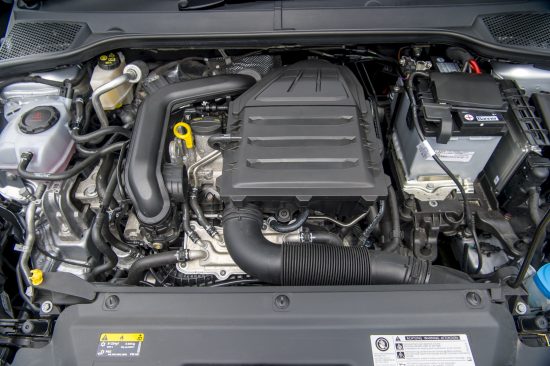 But must-have SUV styling comes at a price and my 1.0 TSI 115hp manual Arona Xcellence model costs £22,575.  The Ibiza 5-door Hatchback on which the Arona is based with the same capacity 1.0 TSI engine but with 110hp (they no longer have the 115hp unit in the Ibiza latest range) and manual transmission with Xcellence spec costs £19,705.

That makes the Arona £2,870 dearer for its SUV styling and with a very marginal 5hp more power.  This is not just a SEAT fact it is the same throughout the new car sector. SUV styling costs more even if most of the components are the same, it’s all about what is fashionable more than what is logical and what makes more profit for car manufacturers.

But the customer is always right so freedom of choice always wins but at a price.  I have to say when it comes to most car sizes with my ‘Mr Practical’ hat on I prefer taller riding cars because they are easier to load, easier to get in and out of, they offer more load space, a better view and handling and performance doesn’t really come into it with so many speed restrictions and in normal times traffic congestion dulling one’s progress.

It’s really about what you get for your money.  The Arona looks perfectly good from the outside with its now commonplace compact SUV styling with five doors, a signature SEAT grille but you wouldn’t pick it out from a line of similar models from many brands.

Inside the Xcellence spec is quite well equipped but the styling and materials used look a bit austere, not that plush or welcoming, more functional and hard wearing.  There is a perfectly practical amount of space front and rear given it’s a compact SUV.  Three children in the rear seats would be fine and two adults would be ok. 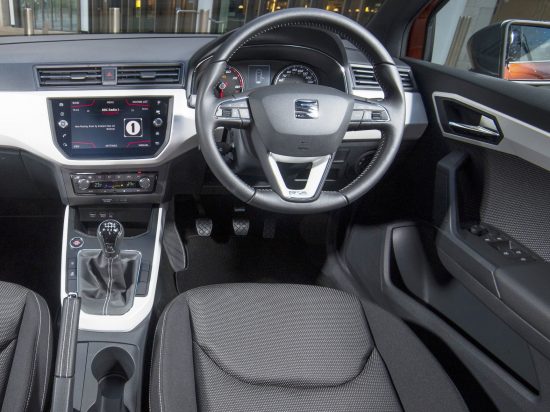 In the front it’s roomy   with a well laid out totally practical array of controls and instruments. The heating, ventilation, air distribution and air-con controls are all positioned beneath, and thankfully NOT included in, the 8-inch touchscreen functions.  There are the usual steering wheel control buttons and storage is adequate as is all round visibility.

As I said it’s a practical vehicle rather than being outstanding. It seems that with all the VW Group popular brands these days the manufacturers just dip into the component bins and use whatever is available Group-wise.

And so the spec rises through the various equipment levels. SEAT lists the Xcellence and Xcellence Lux levels as the ‘indulgent’ ones so Xcellence gains more storage space with a centre armrest and oddment draws under the front seats plus storage pockets on the rear of the front seats.

There is also Blind Spot Detection with Cross Traffic Alert and a different design for the 17-inch alloy wheels. But strangely there were no heated front seats which I found pretty poor for this near top spec so-called indulgent level. 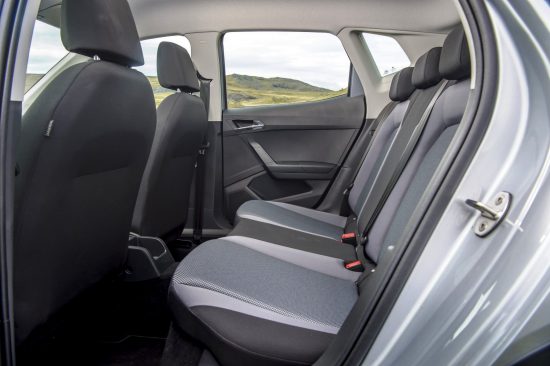 You have to select the FR Sport spec level to get heated front seats as part of the Winter Pack.  The top level Xcellence Lux does gain automated Park Assist, front parking sensors and a useful rear view camera. Coupled with the engine and spec level combinations there is lots of flexibility of choice to suit individual finances.

The choice of engine would be in my opinion the 1.0-litre 95hp for those users who mainly undertake short local journeys with the occasional longer trip.  The mainstay of users coupling long and short journeys are best considering the 1.0-litre 110hp with auto gearbox as standard or the 115hp unit with manual and auto transmission choices.

Those that want more power and probably better all-round usability should go for the 1.5-litre TSI cylinder deactivation unit with 150hp and a DSG twin-clutch auto gearbox as standard.  Just a reminder – the spec level governs the choice of engine availability.

My test Arona was the 1.0-litre, 3-cylinder turbo petrol TSI unit with 115hp and a 6-speed manual gearbox and like all engines it only comes with front wheel drive.   This 115hp engine is a free-revving unit with a nice growling soundtrack under acceleration. 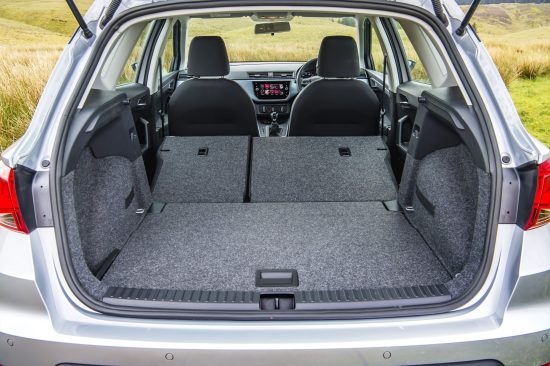 It produces 200Nm of torque from 2,000rpm over a relatively narrow torque band up to 3,500rpm so liberal use has to be made of the slick gearchange to keep the engine in its most responsive zone. Fall below 1,800pm and the response is tardy and it requires a drop of a cog or two to bring the engine back to life.

That said at low speeds and low rpm the engine is smooth with few 3-cylinder vibration characteristics so it’s good for pottering around in town traffic without fuss. On the open road its back to numerous changing of gears to keep it in its happy zone.  Top speed is118mph with the zero to 62mph acceleration time is 9.8-seconds – all perfectly reasonable.

The official WLTP rated Combined Cycle fuel economy figure with this model is 43.5 to 48.7mpg and for my week of limited long distance travel during the latest lockdown, the overall figure was 46.2mpg which I thought was very good.

In conclusion I’ll just add in that the Arona test car was an agile handling model with sharp steering, it’s easy to park and with accurate handling on the open road. The ride compliancy was OK but could be on the firm side when potholes appeared but at least the firmness helped the body control during cornering. 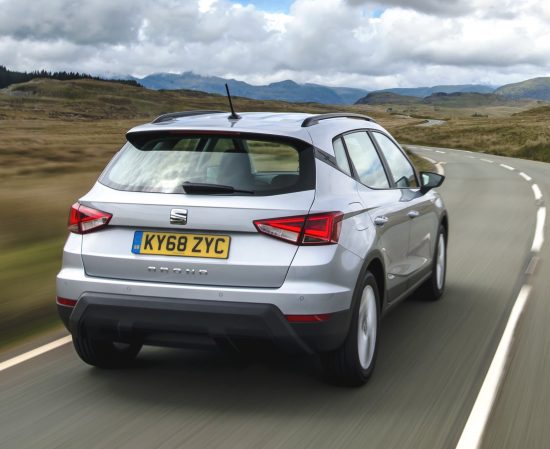 In a very competitive market sector it’s not possible to say I feel the Arona stands out and it has very good points like fuel economy. But it’s not that different from many of its competitors which I could argue are marginally cheaper and better equipped.

I don’t think if you bought one you would be disappointed but neither would you be ecstatic.

For: Good real-life fuel economy, in its class good interior space and practical usability, good touchscreen operation and sensible layout of all other controls, reasonable level of equipment but could be better for the price, neat and tidy handling

Against: Anonymous styling in a very competitive market sector, bland interior environment and some hard plastic areas of trim, no heated front seats for this top spec ‘indulgent’ model as SEAT labels it, ungenerous warranty.