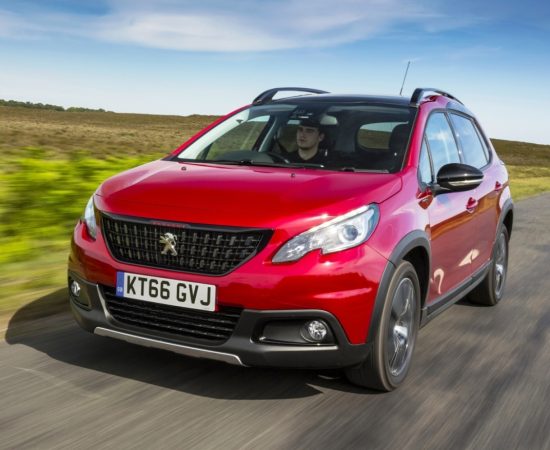 One of its engine options, the PureTech 1.2-litre three cylinder turbocharged petrol unit, has just been awarded, for the third year running, the gold-standard 2017 Engine of the Year award in the 1.0 to 1.4-litre category.

The results given by an international jury of automotive journalists were announced at the 18th International Engine of the Year Awards held in Stuttgart, Germany.

This award winning unit is available in 110 and 130hp power outputs and since its introduction in 2014 over 850,000 units have been produced. Due to demand PSA Group (Peugeot, Citroen, DS) are increasing production at the end of this year to exceed one million units by 2019.

It was timely that my latest experience with an extended test driving period using the pretty 2017 version of the Peugeot 2008 was that it was powered by the ‘gold’ award winning 1.2 PureTech 130hp triple cylinder turbo petrol engine.

In addition to the 110 and 130hp turbo petrol units there is also a non-turbo 82hp unit plus 1.6-litre BlueHDi turbodiesel 75,100 and 120hp engine options as well. With these engine choices and Active, Allure and GT Line specification levels the high selling 2008 range has prices starting from £16,300 through to £22,130. Although designated as Crossover/SUV styled vehicles all 2008 models are front wheel drive but the majority of versions have PSA Group’s clever Grip Control optimised traction system with Standard, Sand, Snow and Mud driving modes. These models also have grippier tyres for added traction.

The exact specification 2008 model I used for a family outing to sunny Cornwall was the top of the range GT Line and with the 1.2-litre 130hp PureTech triple cylinder petrol engine it weighed in at £20,800. But of course it had other extra cost items of specification such as a very smart Ultimate Red paint finish costing £645, Active City Brake at an extra £250 which should be fitted as standard, heated front seats costing £150 and very smart Black Alloy wheel upgrade which is a no cost option. So overall the vehicle had a real life on-the-road price of £21,845.

But as we know Crossover/SUV/4x4s are hugely in demand and manufacturers have responded by introducing new models at a fast rate so there is plenty of choice and that means plenty of attractive pricing choices so the published price is not always the actual cost the customer pays. The Peugeot 2008 is one of the most popular compact Crossovers available together with the Nissan Juke, Renault Captur and Vauxhall Mokka and there are more new ones to come such as the Kia Stonic and Hyundai Kona as manufacturers cash in on the craze for these ‘SUV status’ compact vehicles. 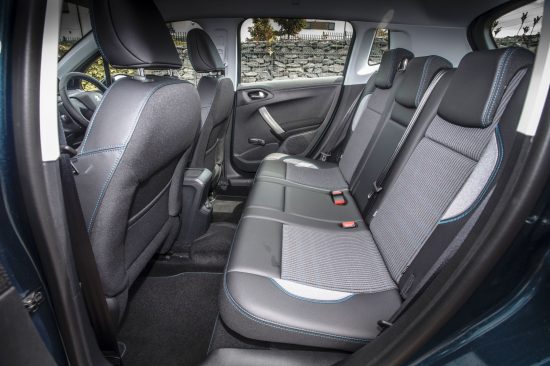 The Peugeot 2008 compact Crossover or SUV was first launched in 2013 followed by the introduction of new Euro 6 compliant engines in 2015 and facelifted versions in June last year. The five door, five seater 2008 is based upon the Peugeot 208 supermini sized hatchback models but with a longer and stronger suspension setup which gives not only greater ground clearance but shrugs off impacts from our potholed roads. It also provides a higher riding height which improves visibility for passengers.

The most recent styling changes include a larger and more sharply styled front grille which does improve its kerb appeal. There are other nips, tucks and extensions around the body including new-look rear lights. Also where the 2008 scores is with interior space which is totally practical given the compact overall length of 4,159mm. This makes it easy to park and versatile for load carrying. 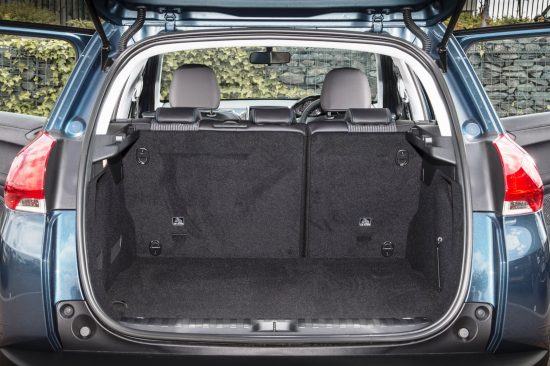 With the easy to fold/raise split rear seats in place there is 422-litres of boot space under the load area cover. Fold the rear seat backs down and this goes up to an impressive 1,400-litres bearing in mind the compact length of the car. The good news is that the seat backs fold completely flat so sliding heavy items into the car is easy and there is no rear sill lip to lift luggage over into the load space, while inside there are enough storage areas, cup holders and seatback pockets to accommodate smaller items of family bits and pieces. 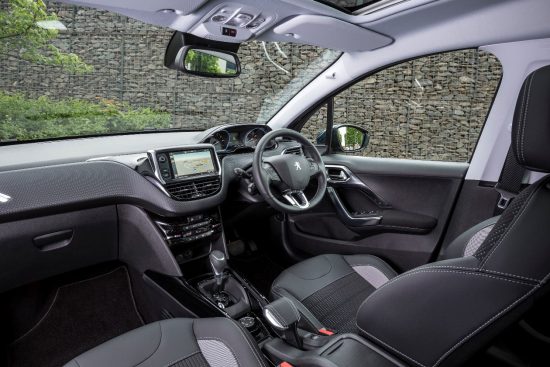 Up front is Peugeot’s i-Cockpit with its smaller than average steering wheel so the instruments are viewed over the wheel – not through it. The smaller diameter wheel does provide sharp steering response ideal for parking, in-town travel or precise cornering on country lanes.

It can feel a little twitchy on motorways, a small movement brings a large correction but generally I liked it. Other controls are intuitive and it is good to see that the heating and ventilation controls are not hidden away in the multifunction display like some other Peugeot models so they are easy to adjust without the driver taking their eyes off the road. Overall the interior is well thought out and of good quality.

That isn’t to say the 1.2-litre PueTech 130hp turbo petrol engine isn’t nippy, it certainly is responsive with 230Nm of torque from 1,750rpm. Coupled with the six speed gearbox and well sorted gear ratios there is a broad band of responsive power which makes acceleration brisk with a zero to 62mph acceleration time of 9.3-seconds. With a top speed of 124mph it cruises even fully loaded easily at 70mph.

Winding and steep hilly country roads need full use to be made of the gearbox but dropping a cog or two brings immediate response and power from the three cylinder engine. It’s much more responsive in terms of giving power quickly than the 1.6-litre 120hp turbodiesel engine I tried last September in a 2008 on those hilly Cornish narrow roads.

Where the diesel engine scores is with the lower CO2 emissions and better fuel economy but the 130hp petrol unit I tried this time is still commendable. The official Combined Cycle fuel economy figure is 58.9mpg. On my extended test covering 400 miles of motorway driving the real life figure was 47.8mpg. Add in another 300 miles of driving on Cornish country roads and stop-start holiday traffic and the overall figure reduced to 43.4mpg which for a fully loaded Crossover I was happy with.

The CO2 figure is 110g/km so VED road tax costs £140 each year which is just £20 more for the new First Year rate for the 1.6-litre diesel engine models. After the First Year the petrol and diesel engines costs the same £140 Standard rate to tax.

The 1.2-litre 130hp petrol unit with GT Line specification is cheaper to buy than the same spec 1.6-litre diesel. It’s £730 cheaper than the 100hp diesel and £1,330 less expensive than the 120hp unit although the diesels have better fuel economy but offer less acceleration performance.

Ride comfort was generally good with surefooted agile handling and responsive steering.   Impacts from the worst of the potholes were felt and heard but most noticeable was the road noise intrusion caused by the grippier treaded tyres. The general quietness of the smooth petrol engine probably highlighted the road noise.

The 2008 Crossover is an easy car in family use or, as I’m seeing more often being used by young couples or empty nesters, meeting their needs in a practical way and it also looks good, which is one of the top five reasons people choose a new car.