You are here: Home / Features / Classics / Sunday drive: On the road and in the news 14 June

Despite the roads-of-life starting to reopen with shops, businesses, car manufacturers and dealerships getting the wheels of business moving again, I’m still sifting through automotive news you might have missed until my first new model road test car arrives at the end of this week, says a hopeful David Miles.

But for the foreseeable future the availability of new model lest cars will be very limited due to logistical constraints and much smaller fleets of cars available to the media as PR budgets have been severely cut and jobs in the industry unfortunately lost. Here are a few brief news items I discovered this week. 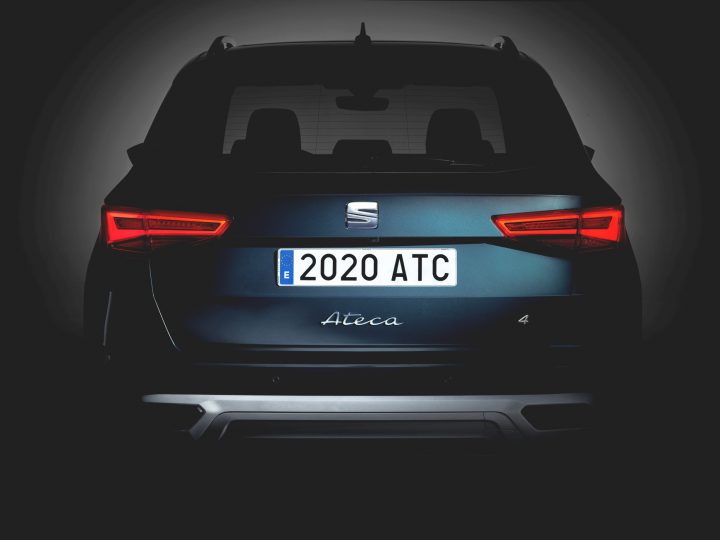 The mid-size SUV, SEAT’s Ateca is being significantly refreshed adding further appeal, technology and an enhanced and efficient engine line-up.

The design evolution we are told has resulted in a new aesthetic both inside the cabin and the exterior design.  In addition there are a number of new connectivity and safety technologies which have been applied to other recent SEAT models. No prices, no specification or engine options have been released just a teaser image and news that the new Ateca will be unveiled to the UK public on Monday 15 June. 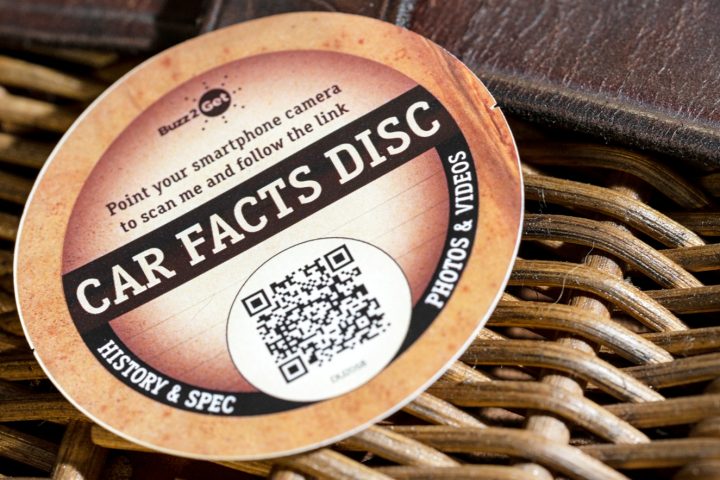 With Father’s Day (Sunday 21 June) just around the corner the digital start-up business Buzz2Get has created the ideal present for car enthusiasts – the Car Facts Disc.

The Car Facts Disc for classic and sports car enthusiast owners to provide detailed information on their pride and joy to other car buffs.

Designed to mimic the look of the UK’s old paper car tax disc, which was replaced by an online method of paying Vehicle Excise Duty in 2014, the Car Facts Disc system lets car owners easily and quickly upload chosen details about their vehicle’s history and restoration journey along with images, video and even hire rates and availability for film or wedding use. It can also optionally show if the car is for sale.

Passersby spotting the disc in the car’s windscreen then simply use their smartphone camera to scan a unique BuzzCode on the disc that links to the uploaded information on the Car Facts Disc portal, with the information then being displayed instantly on the phone screen.

For owners, the Car Facts Disc also delivers a means for them to document their car’s story in an easily accessible and editable digital format without going to the trouble and expense of setting up and hosting bespoke websites or blog pages.

Survey of supercar ownership in the UK.

They asked the DVLA about supercar ownership to find out which brands are most popular with men and women across the country.

They looked at popular brands including Aston Martin, Bentley, Bugatti, Ferrari, Lamborghini, Maserati, McLaren, and Porsche. The data has also been broken down by post-code, documenting supercar ownership in each major city in the UK.

Key news from the survey showed Porsche to be the most popular supercar with women,-Porsche is the UK’s favourite supercar, Bentley pips Aston Martin to the post as the most popular British owned supercar brand in the UK, McLaren has the largest gender split with 93.16% of the owners being men and just 3.44% women, Birmingham has the largest number of supercar owners outside of London followed by Belfast and Bristol.

Campervan demand on the up 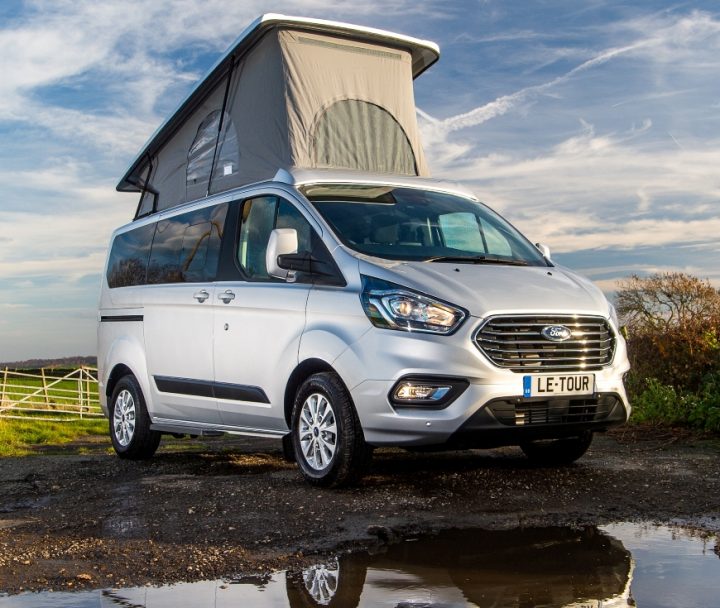 How or where we might take our holidays this year are still to be defined in whatever lockdown rules are applied in future.

However it appears that UK families are not happy to wait to see what evolves.   A record number of seven customers in one day gave Wellhouse Leisure their highest ever daily sales total, even with social distancing in place.

And a camper van could be an ideal for social distancing holidays. What do you get and how much? The Wellhouse Leisure campervans include a pop-up roof, kitchen with sink and cooker, stylish Italian-designed furniture and a crash-tested rear seat that quickly converts to a comfortable double bed with prices ranging from around £20,000 for a campervan conversion of a used vehicle like the Toyota Alphard, to up to approximately £55,000 for a new Ford Transit Custom-based model.

The company is also building a new 16,000 sq ft factory in Baugh Green, Barnsley, South Yorkshire. The new development will include production facilities, a new showroom, parts warehouse, offices and a larger forecourt to display new and used vehicles.

AutoTrader, the UK’s largest digital market place, supports the caravanning holiday trend with a report that show views of on-line of caravan adverts was up by 18% week on week and motorhomes/campervans by 17%. In a survey 40% of respondents said they are planning a staycation and caravan holiday numbers will match stays in hotels this year.

Audi’s DTM challenge is coming to an end 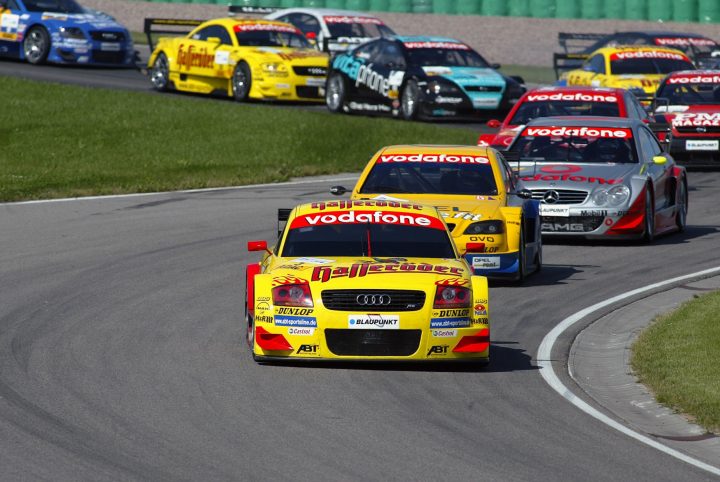 The DTM, which ran from 1984 to 1996 before resuming under a new format in 2000, has been an integral part of Audi’s story since the company first participated in the series in 1990.

‘Audi has shaped the DTM and the DTM has shaped Audi,’ acknowledges Markus Duesmann, Chairman of the Board of Management of AUDI AG.

To date, Audi has won 23 DTM championship titles, including 11 driver titles. As the series has travelled not just through Germany but across Europe and as far afield as Moscow and Shanghai, Audi has taken 114 victories, 345 podiums, 106 pole positions and 112 fastest laps to date. The 2019 season was Audi’s most successful ever and, hopefully, when the 2020 series gets underway, they hope there will be more victories to celebrate.

The Audi RS 5 during 2019 had more than 610hp from the  DTM’s 2.0-litre TFSI petrol direct-fuel-injection engine, a figure that’s even more impressive when you consider that DTM cars run on regular, 102-octane forecourt fuel. For 2020, the organisers have cut the fuel flow rate to the engine from 95 to 90kg per hour. Even so, the Audi power unit still musters more than 650Nm of torque and approximately 580hp. An additional 60hp is available via a push-to-pass system, which drivers can use 24 times per race. They can also activate the car’s DRS (Drag Reduction System) to enhance top speed and promote overtaking. Weighing just 986kg, the RS 5 Turbo DTM can accelerate to 62mph in a mere 2.8 seconds and reach a top speed of approximately 186mph.

Audi UK Appoints the Special One

Away from the race circuits Audi in the UK was more famous for its sponsorship of high profile equestrian tournaments, namely Polo, which of course attracted an impressive array of celebrities and Royalty.

Now the brand has changed tack and supports ‘footie’ and new brand ambassador is a Special One, no less than Jose Mourinho.

Mind how you go – you know it makes sense

Data just in from a study by Possible, the climate charity, found that Britain’s roads could be swamped by a million extra cars during rush hour periods. This is brought about because of limits placed on the commuters using public transport to comply with social distancing measures. Trains and buses can carry only between 10 and 20% of normal passenger loads.  The study also found that around 14.5-million people across England and Wales will be driving to work.

An alert from the automotive insurance industry says that many motorists are not yet up to speed with their driving skills following the lockdown period. Anticipation, awareness and judging speeds of approaching vehicles, especially at cross roads and also on motorways when awareness joining lanes of faster moving traffic and lane-hogging, all need attention. Travel safely.