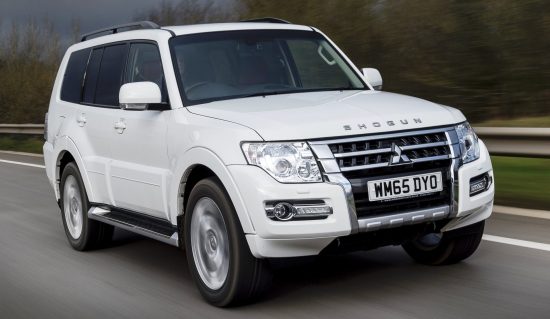 While there are all-new cars aplenty waiting for UK customers there are also some longer serving models that share their designs with older original models going back for many years.

In recent months we have looked and explained the heritage of the new and larger VW Beetle, the hard-core All-American Jeep Wrangler SUV and now we look at the Mitsubishi Shogun seven seater heavyweight 4×4.

Mitsubishi Motors has a long heritage of vehicle manufacturing and this year they are celebrating their centenary with their first model and also Japan’s first production car, the aptly named Model A that made its debut in 1917. Their first 4×4 vehicle, the PX33, was launched in 1933 and the brand came to the UK in 1974 selling Colt hatchbacks and Galant saloons and their famous Shogun 4x4s arrived in 1983.

Since then having been originally a Japanese standalone vehicle manufacturer Mitsubishi Motors has also had partnerships with Chrysler, Daimler, Renault, Volvo, Fiat, PSA Peugeot-Citroen, Hyundai and Pininfarina. In their latest partnership formed in October 2016 Mitsubishi Motors became one third owned by the Nissan-Renault Alliance. 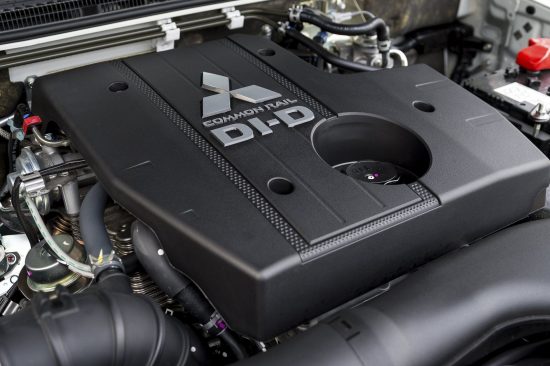 Good news however, with the exception of one variant, is that for both body styles which have CO2 emissions of 238g/km for the three-door versions and 245g/km the five door models Standard VED rate for year two onwards is now only £140 whereas prior to this year’s change it was £500 each year after an £885 First Year rate.

The top spec Shogun SG5 five door I tested unfortunately attracts the additional £310 annual VED supplement for five years as it exceeds the £40k new car price cap introduced from April this year. There is also a five door commercial vehicle Shogun model which costs £28,698 excluding VAT and the VED rate, like the three door CV models, is £240 every year.

I have been fortunate to drive many versions of the Shogun over many years in numerous worldwide locations, Australia, Africa, US, Europe and the UK. I’ve driven them thousands of miles on-road, lots of severe off-road journeys, on desert sand, over mountain pass rocks, in the sea and even an amphibious prototype on-water. All generation models have been extremely capable, eminently durable and versatile as to their role in life and they will be found being used in all sorts of conditions in most countries of the World. Even today in the UK they are widely used by country dwellers, farmers, contract towing companies, the Police, Highways Agency and the Fire and rescue Services. 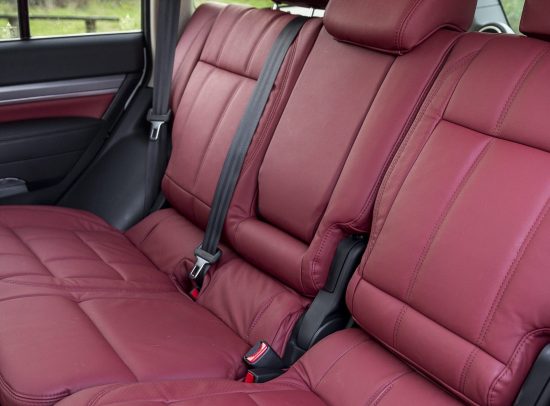 With their big boxy practical shape they can carry heavy loads with 663 to 1,790-litres of load space or up to seven passengers in three rows of seats. The five door models also have a braked towing weight ability of 3,500kg, ideal for horseboxes, trailers, caravans and boats. A side hinged load area door and level flat load floor makes loading easy.

The rear door is vertical so there is not load capacity lost by having one raked forwards to make it look aerodynamic. This has happened with the new Land Rover Discovery which has gone all up-market and therefore less practical creating a gap in the heavy weight SUV market for the Shogun. 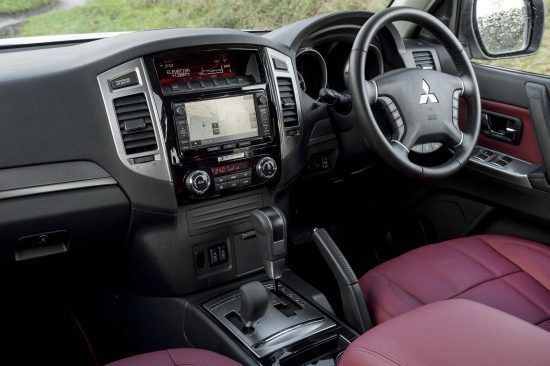 The SG5 spec level Shogun I tried is perhaps too plush for those wanting a workhorse and putting wet dogs or muddy equipment in the rear is not going to be an ideal situation but the space is there. Up front the SG5 version is fully equipped with a high level of specification including leather and faux leather trim.

It even has heated second row seats as well as heating outlets. Front seats are heated and electrically adjusted for height and reach. There is the usual on board computer, central touchscreen and various connectivity functions and an excellent DAB radio and sound system.

Some functions look dated and are slow to react and the latest Shogun does show its age but it is still a good honest vehicle well able to cope with the rough and smooth requirements of family or work life with plenty of interior space.

The 3.2-litre four cylinder diesel engine is certainly not the most modern available in this sector. It can be noisy and the five speed automatic gearbox is definitely from a bygone age compared to the latest large 4x4s. Whereas these latest vehicle have rotary dials or push buttons to engage various driving modes the Shogun still has a lever to select 2WD High, 4WD High, 4WD High Locked and 4WD Low Locked drivetrain modes. Unlike the computer controlled dial-in modes from more modern all-terrain vehicles the Shogun’s system is definitely a ‘hands-on’ affair.

With 190hp, but more importantly 441Nm of torque from 2,000rpm, the clattery diesel engine is responsive but a more modern automatic gearbox with swifter and smoother gearchanges and more fuel saving ratios would be an improvement in both performance and fuel economy. Top speed is 112mph, not fast by modern standards but who realistically needs that sort of speed? It will cruise all day at 70mph on motorways at just over 1,800rpm and the zero to 62mph acceleration time is 11.1-seconds, again not helped by the slow changing auto gearbox. Fuel economy isn’t great either. The official Combined Cycle figure is 30.4mpg and during my week of test driving over a variety of roads including motorways the figure was 25.9mpg overall.   With high CO2 emissions of 245g/km, VED road tax is £1,700 First Year rate reducing to £140 for subsequent years BUT as this spec level exceeds £40K there is the added cost added VED £310 a year costs for five years.   The answer is simple -buy a sub-£40k variant with all the same capabilities, engine and 4×4 abilities but marginally less posh-spec. 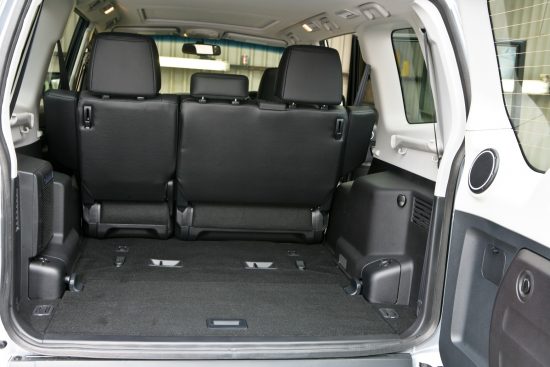 As it’s a genuine hard-core 4×4 the Shogun five door has long travel coil spring suspension. Whilst the dampers mop up impacts from potholes giving a compliant ride on or off-road the tall vehicle does have bodyroll during cornering and given its size and weight it’s a bit of a ‘handful’ travelling on winding country roads.

Its impressive off-road performance does compromise the on-road abilities compared to the latest Land Rover Defender that manages off and on-road travel without any handling compromises. Of course other large 4×4 SUV types such as the Audi Q7 and BMW X5/X6 have the sharpest on-road handling but are not that capable in muddy conditions away from the tarmac. 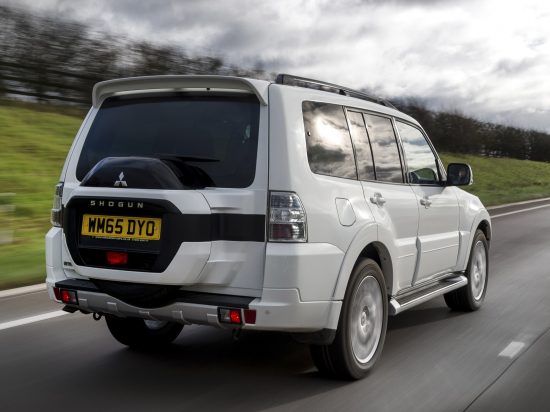 The Mitsubishi Shogun still retains a loyal following of owners in the UK but its appeal is lessening because our requirements for 4x4s have become more sophisticated. That isn’t the same in other parts of the world though where rugged and durable large SUVs are a necessity rather than fashion or wealth statement.