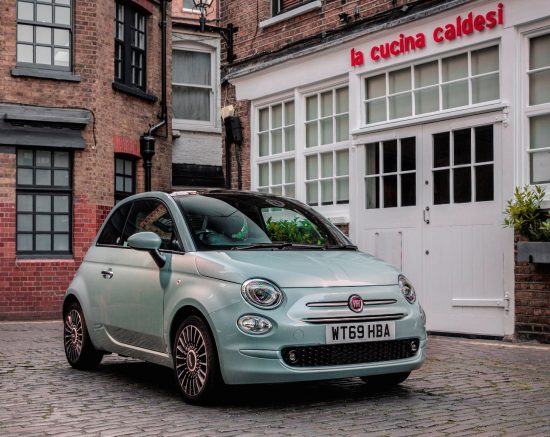 The little and large of new models being introduced have several things in common but the most relevant is all-electric power, writes David Miles.

At one end of the size scale Fiat have recently introduced their 500 City Car petrol-electric Hybrid range and UK order books are open for their all-new 500 Electric Hatch and Cabriolet models with deliveries starting next March.

At the other end of the size scale Bentley have recently said their models will be fully electric within a decade and will launch their first pure electric model in 2025 but two PHEV plug-in hybrid models have planned launches in 2021. They have just started their Beyond 100 programme to transform every aspect of the 100 year old company.

And the move to electrification gathers speed with every month that goes by no matter what sized models are involved. The latest UK new car sales figures from the Society of Motor Manufacturers and Traders show that 406,956 (around 37%) of all new cars sold this year are electrified models. That includes mild hybrid petrol/diesel, battery EVs, PHEV plug-in-hybrids and self-charging hybrid electric vehicles. There were a total of 1,091,426 petrol and diesel cars sold in the same period of which just 245,959 were diesel powered versions. 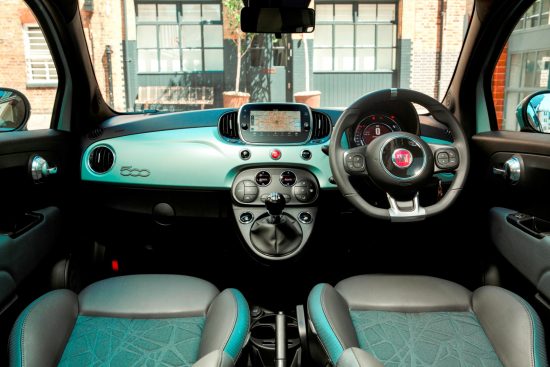 So far this year, demand for battery electric cars has grown by 162% to 86,291 sales, the best selling electrified group are MHEV petrol – that’s Mild Hybrid Electric Vehicle mated with a petrol engine and they have achieved 105,550 new car sales this year, a 177.7% increase over 2019.  And it is that type of vehicle I’ve recently been driving – the new Fiat 500 Hybrid.

Just in case you are thinking I’m reviewing an out-of-date Fiat 500 Hybrid model with new Electric ones on its way, no I’m not – the 2021 model year Hybrid versions of the current 500 3-Door Hatch and 2-Door Cabriolet will continue for several years alongside the more expensive 500 Electric, it allows customers a choice depending on their finances and travel requirements.

The Fiat 500 Hybrid, and to be totally accurate I should say mild-hybrid, is the brand’s move towards electrification and the Panda Hybrid has also joined their electrification line-up. 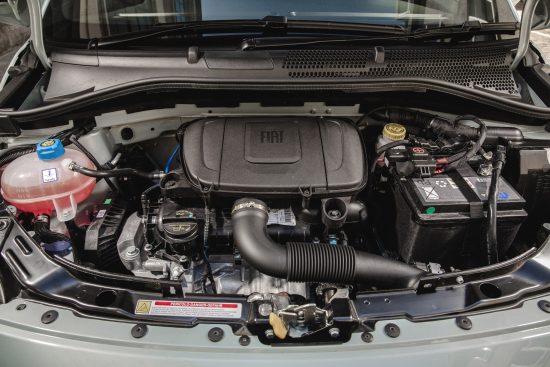 These mild-hybrids are powered by a new 3-cylinder petrol engine from Fiat’s Firefly family.

The 1.0-litre unit is combined with a 12-volt Belt driven Starter Generator (BSG) unit and together they provide 70hp. The unit also has a lithium-ion battery pack.

Fiat says CO2 emissions of the new petrol-hybrid unit which range from 119-124g/km depending on spec level, are up to 30% lower than the outgoing 1.2-litre 69hp 4-cylinder petrol engine.

Other than the new petrol-hybrid powertrain there is not much new to say about the long-serving current Fiat 500 model. Originally of course the Fiat 500 was launched in 1957 as The Cinquecento 2-door with a sub 500ccc rear mounted petrol engine and stayed in production with various engine capacity upgrades until 1975.  In 2007 the Fiat 500 returned with a front engine design and 3-door Hatchback body followed by a 2-door Cabriolet layout. The models were updated again with revised engines and a facelift in 2015.

Today the Fiat 500 still manages to remain an iconic brand despite numerous new City Car competitors including the Hyundai i10, Kia Picanto,  Toyota Aygo, the new Suzuki Ignis Hybrid and the VW  Up petrol versions and E-Up electric model plus of course the MINI 3-Door Hatch and MINI-Electric. Just as before the Fiat 500 Hybrid is still available as a 3-door City Car in Hatchback or 2-door Cabriolet forms.

As it’s the powertrain which is the main news element of the Fiat 500 Hybrid I’ll concentrate on that. The new 1.0-litre, 3-cylinder direct injection petrol engine has a peak power output of 70hp (51kW) at 6,000rpm and peak torque of 92Nm at 3,500rpm. The cylinder head has two valves per cylinder and a single camshaft with continuous variable valve timing which is chain driven. 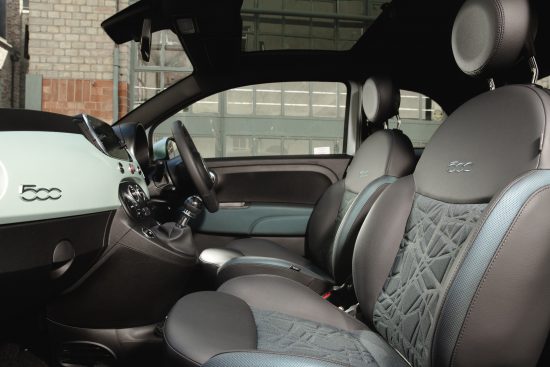 The BSG system is mounted directly on the engine and is operated by the belt that also drives the auxiliaries. The system recovers energy during braking and deceleration, stores it in a lithium-ion battery with a capacity of 11Ah, and uses it at a maximum power of 3,600W, to restart the engine in Stop&Start mode and to assist it during acceleration.

This technology allows the internal combustion engine to switch off by shifting into neutral at speeds below 18mph. The dashboard, which displays information on the hybrid system, prompts the driver when to shift gears. 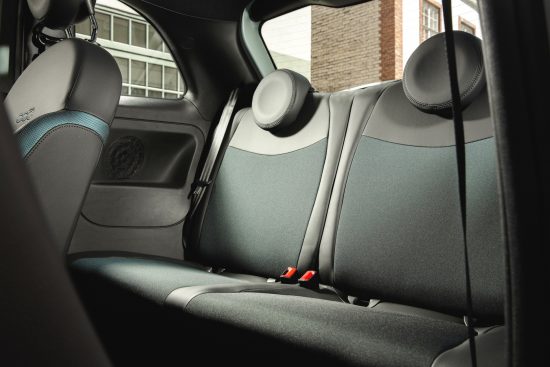 The mild hybrid unit uses a 6-speed transverse manual transmission with front-wheel drive. The higher gears are long-legged ratios which help for out of town and motorway journeys in terms of fuel economy and a quieter engine note. I found the gear change prompts encouraged me to select higher ratio gears than I would normally use for petrol non-hybrid engines of this capacity.

The petrol/electric hybrid combination made the engine very flexible even at low speeds in higher than normal fuel-saving gears. Top speed is quoted at 104mph but more relevant is the zero to 62mph acceleration time which is a lengthy 13.8-seconds but it felt nippier than that. You might find cyclists out accelerating you away from the traffic lights though.  Another demerit point was the sloppy and inaccurate 6-speed gearchange; lumpy, notchy and not slick compared to other competitor models. 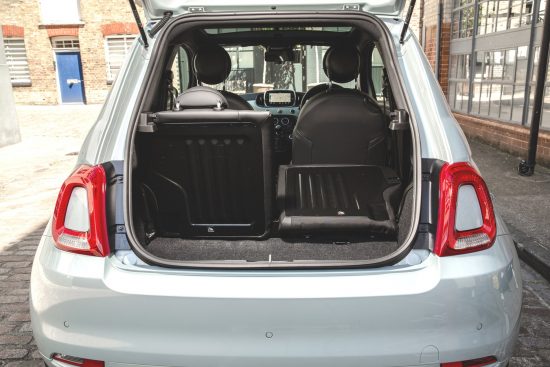 As for fuel economy the new WLTP Combined Cycle figure for my 1.0-litre Hybrid Lounge spec test model costing £14,750 is 53.3mpg. During my week of test driving, which was mostly made up of short town and country runs due to the Covid lockdown, was 52.1mpg so a longer run should further improve that figure.

Using the new petrol/hybrid powertrain has allowed lowering the positioning of the entire power unit by 45mm so the car behaves better on the road thanks to the lower centre of gravity. It will still roll during cornering but felt more planted than before.  Ride comfort is always an issue with short wheelbase City Cars so potholes and sunken trenches of in-town road surfaces can unsettle the car at 30mph but at the usual stop-start commuter speeds it was reasonable. 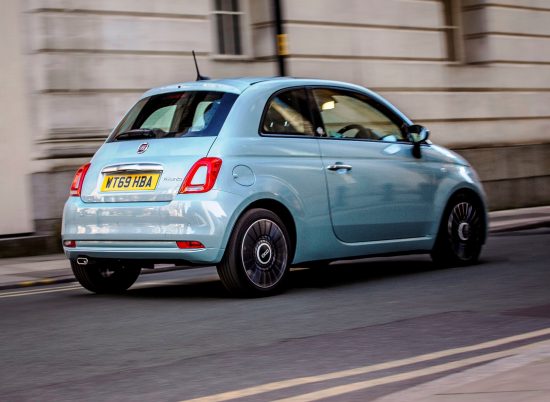 Visibility for in-town driving, front and to the side was very good with its higher seating positions which didn’t cause an issue with lack of headroom even for me being a six-footer plus person. Rear visibility was ok but limited to the rear quarters. Space is of course narrow front and rear and legroom in the rear is minimal but the rear seat backs do fold down to increase the load space if needed.

It’s worthwhile just mentioning a few of the spec items you get with the Lounge level of equipment but for sat-nav you need to link your phone for that function.  Included are 15-inch alloy wheels, Start&Stop, central locking, rear speakers, speed limiter, lots of airbags, Apple CarPlay and Android Auto connectivity, 7-inch touchscreen with DAB radio, cowled instrument binnacle, electrically adjusted door mirrors, air-con, heated rear window with wash/wiper, rear parking sensors, LED daytime running lights, Hybrid badging, fixed glass sunroof and chrome outside and inside trim inserts. It’s an OK array of kit but the interior layout is starting to look its age, quality a bit ‘iffy’ in places and the all-new electric Fiat 500 models will have a totally new interior design.

Being kind I’ll just say even with new petrol-electric hybrid technology the new Fiat 500 Hybrid is still a ‘bit retro’ – which of course will be part of its appeal to many owners.

Against: Other newer city car designs are better to drive in terms of handling, comfort and more practical in use, notchy gearchange, dated touchscreen operation, some iffy quality interior finishes, ungenerous warranty.