You are here: Home / Features / Sunday drive: Down memory green lane with last of Defenders 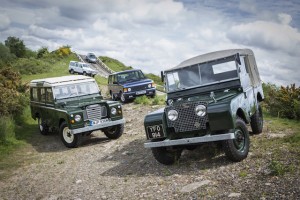 The current iconic and legendary Defender is in its last year of production which will end in December and eventually a new generation of models – as yet unnamed will take their place.

But until the end of 2015 Land Rover are holding a year-long celebration for Defender with special events and by introducing three limited editions of Defender; Heritage, Adventure and Autobiography.   There are no sales limitations in terms of numbers but these ‘collectors’ models are proving popular as they are the last of the Defender family line.

The roots of the Defender can be traced back to the earliest production Land Rover model which rolled off the Solihull production lines in 1948.  Following on from Series 1, II, III, One Ten and Ninety model ranges, Land Rovers were renamed Defender in 1990  with 90, 110 and 130 derivatives.  Over two million Land Rovers and Defenders have been sold in the past 67 years with current models sold in 180 global markets.

What the next generation of Defender models will be like is open to speculation and the motoring magazines have had a field-day coming up with photo-shopped images and technical speculation. Their view is that the next generation of Defender will be an interpretation of the new Land Rover Discovery but using the latest body construction technologies and their new Ingenium EU6 range of engines. 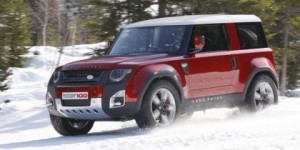 Will they even be built in the UK?  With huge pressure to build more current Jaguar and Land/Range Rover models to meet global demand it might be that one of several overseas new factories planned by Jaguar Land Rover will be used for the next generation of all-aluminium Defender models. Speculation is it could be the proposed new factory in Slovakia.

The hard-core Land Rover and the current Defender models have through the years been used by farmers as tractors, they have been family cars, they are transport for our Royal family, they have taken explorers to the most hazardous corners of the earth and brought them home again and of course they have been used by scores of military throughout the World.

So with a last throw of the dice Land Rover has introduced three special edition models.

The exclusive Autobiography Edition promises more performance, luxury and comfort than ever before thanks to its comprehensive equipment list, unique duo-tone paintwork, full Windsor leather upholstery and a power upgrade from 122PS to 150PS for the 2.2-litre TD4 turbodiesel engine mated with a six-speed manual gearbox. The Defender Autobiography Edition is produced exclusively as a 90 Station Wagon and priced from £61,845. 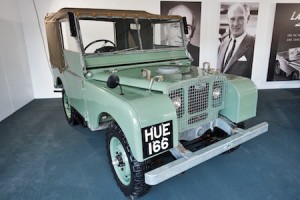 The Heritage Edition is inspired by early Land Rover models and mixes nostalgic design cues with modern creature comforts. It can be identified by distinctive Grasmere Green paintwork and a contrasting white roof. A heritage grille and HUE 166 graphics, recalling the registration plate of the first ever pre-production Land Rover nicknamed ‘Huey’, also identify the Heritage model. It hits showrooms from August priced from £27,800. 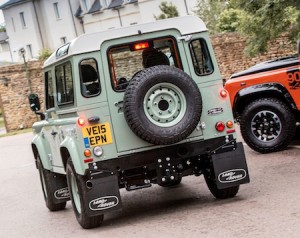 My last test drive of the current generation Defender was in an Adventure Edition 90 Station Wagon priced at £43,495. A 110 longer wheelbase five door version is also available and both are now on sale.

The Adventure Edition is designed for bold customers who still want to explore. To enhance the Defender’s already impressive off-road credentials with 4WD and high and low gear ratios this version features distinctive new underbody protection for the side sills and engine sump, while Goodyear MT/R tyres promise to make the most of whatever grip is on offer.

The focus is firmly on high spec inside as well where the Adventure Edition promises to provide high quality shelter from the elements. Premium seats with Windsor Leather upholstery, perforated leather inserts and contrast stitching all add a touch of luxury. They are complemented by the leather-trimmed steering wheel, gear knob and handbrake lever and Bright Aluminium interior trim.

High quality Windsor Leather also features on the passenger facia and instrument panel while leather trim on the doors and grab handles, Ebony headlining and bespoke carpet mats complete the look.  Air conditioning and electric front windows complete the specification. All this plush-ness might be difficult to clean for adventurous off-roaders. 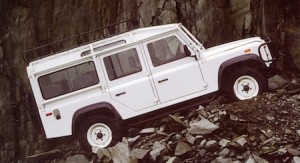 In truth the Defender is archaic to drive on-road; it remains a ‘beast of burden’.  Its tough suspension, high ground clearance, high torque 400Nm turbodiesel engine with 4WD and high and low ratio gears are ideal for off-road travel and in that domain few other vehicles can better it. For on-road driving manners the motoring world has moved on and today’s SUVs and double cab pick-ups are far more sociable and comfortable. SUVs use computer controlled drivetrains and for most conditions these suffice well enough and even the work-horse or leisure-use popular double-cabs have proved very capable and durable for off-roading.

Getting behind the wheel of a Defender 90 I soon remembered just how compact it is for space if you are six-feet tall. There is little seat adjustment, the steering wheel is far too close for comfort and the six-speed gearbox has a long-throw, slow gear change action.  The ride is very firm and the steering on the vague side. It is ‘motoring’ from a bygone age but probably that will be the main reason to buy one of these limited edition versions, that and its eye-catching adventurous styling and equipment additions.  Probably ‘a keeper’ for Land Rover enthusiasts but they need to be wealthy to pay this price.