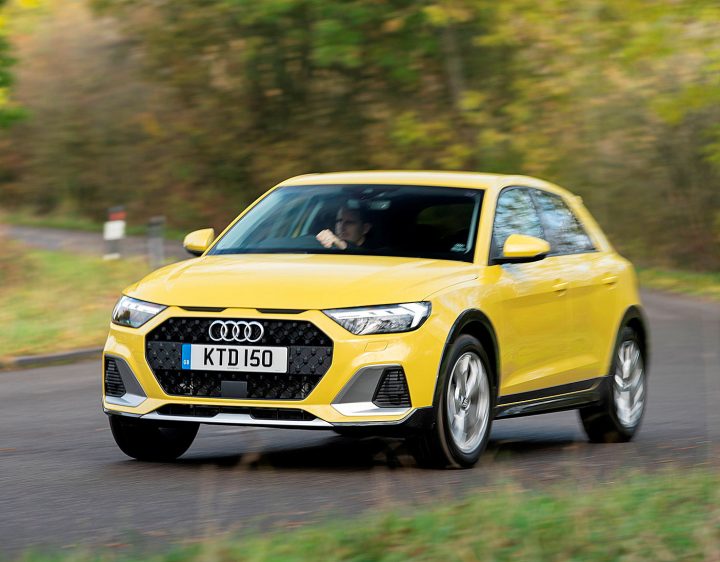 The citycarver is a 5-door supermini sector sized hatchback based on the Audi A1 Sportback but with pseudo-SUV styling, writes David Miles.

It is priced from £22,040 and it is aimed at urban jungle motoring say Audi, whatever that is. There is no 4WD option, all models are only front-wheel drive so it’s another case of styling over function.

The starter citycarver model is actually £1,400 more expensive than the regular A1 Sportback with the same engine and similar Sport spec level. For that sort of inflated price you can have a more conventional supermini sized SUV such as the new Nissan Juke, Skoda Kamiq or SEAT Arona.

It has 50mm more ground clearance with raised suspension and deeper walled tyres so its ride height should provide easier use, but riding over kerbs is not recommended, just think about the alloys.

With demand for SUV styled models never higher the citycarver treatment is not new in most segments of the new car market but for smaller family cars the Ford Fiesta Active is probably the nearest competitor although the new larger Kia XCeed hatchback has received similar treatment over its donor Ceed versions.

Fortunately Audi with the citycarver has not adopted the interior height restrictive coupe SUV roofline recently introduced with their Q3 Sportback. This addition to the A1 Sportback range maintains the familiar usable five door hatchback body style and dimensions being a shade over 4.0-metres in length with a 335-litre boot and folding rear seats which increase the load space to 1,090-litres. 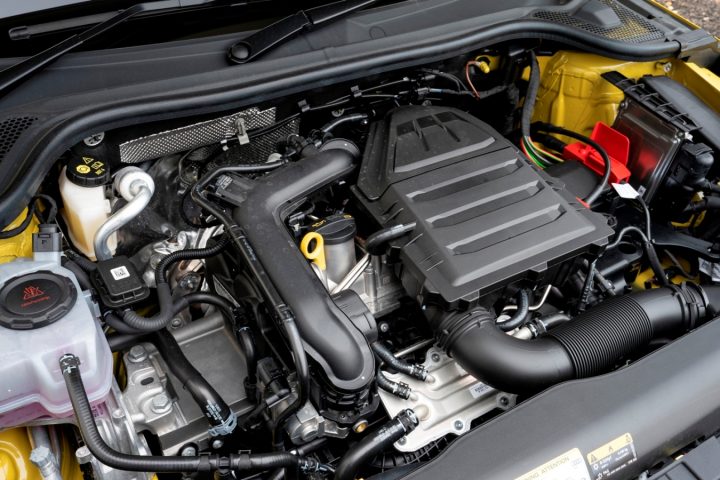 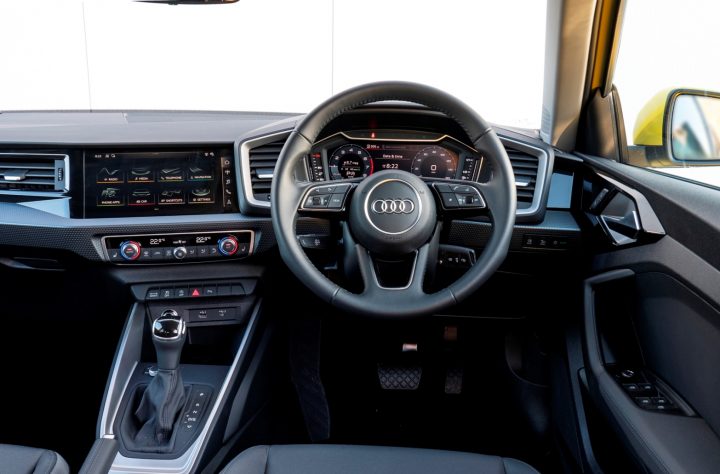 There are of course lots of extra cost options such as the £1,695 Technology Pack which adds sat-nav, wireless phone charging and Audi’s larger Virtual Cockpit function, £696 Plus Pack adds privacy glass and dual-zone climate control.

The Comfort and Sound Pack at £1,150 provides a Ban and Olufsen sound system, Audi Parking System Plus and heated front seats. My test car also had a £100 space saving spare wheel, tool kit and jack at £25, a grey tinted sunshield for the windscreen at £65 and leatherette interior trim elements at £150.

With its distinctive Python Yellow metallic paint my 30 TFSI 116hp S tronic auto citycarver test car with all the options I’ve listed cost £28,035.  It costs plenty to be fashionably ‘urban-cool’.

It would be easy to gloss over what the citycarver has in the way of specification either as standard or as an option but given its high price a bit more detail follows. Standard equipment includes 17-inch alloy wheels, a roof-edge spoiler normally reserved for S line versions, full LED headlights with dynamic rear turn signals, air conditioning, the Audi drive select dynamic handling system and assistance technologies such as cruise control, Audi Pre-sense front with pedestrian and cyclist recognition, lane departure warning and hill-hold assist. 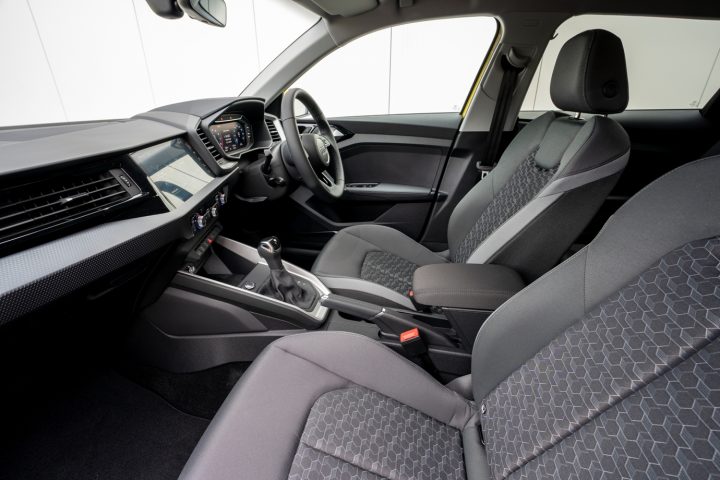 Audi’s typical interior design integrates an 8.8-inch MMI touchscreen and 10.25-inch fully digital cockpit display to take care of the majority of functions including connectivity. Its capability can be expanded even further by adding the optional Technology Pack.

This incorporates the Audi virtual cockpit with an increased range of views and functions, MMI navigation plus bringing a larger 10.1-inch high resolution screen, Audi connect with its wide variety of online services and the Audi Phone Box facilitating wireless smartphone charging.

To make city driving as effortless and enjoyable as possible in the urban sprawl and beyond a Comfort and Sound Pack is also available. 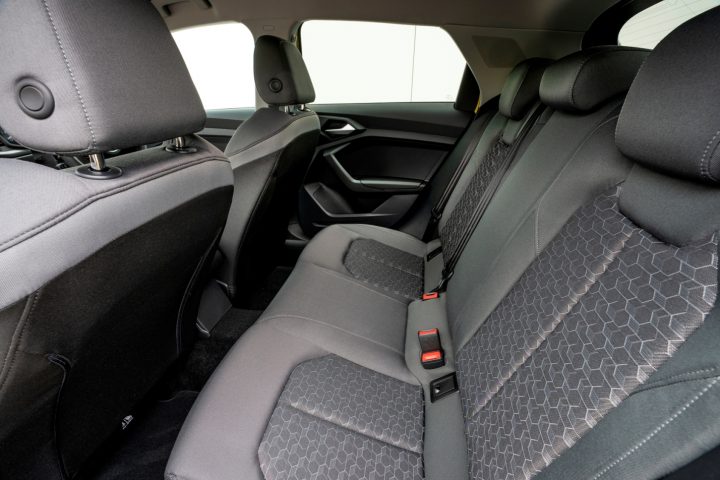 An optional Parking System Plus with acoustic and visual assistance and additional front protection complements the standard rear sensors, plus front seat heating and the Bang & Olufsen 3D sound system with 560 watts of music power are further extra cost enhancements.

All good stuff but disappointing was the perceived downgraded quality of the interior with lots of black plastic and even the door grabs were hard plastic. I noticed a similar downgrading of the quality of interior materials recently in the new Audi Q3 Sportback SUV.

Although the raised suspension adds 40mm of ground clearance the deeper walled tyres add another 10mm to the overall ride height and that increase definitely provides a softer and more comfortable ride over urban potholed roads with the extra cushioning. 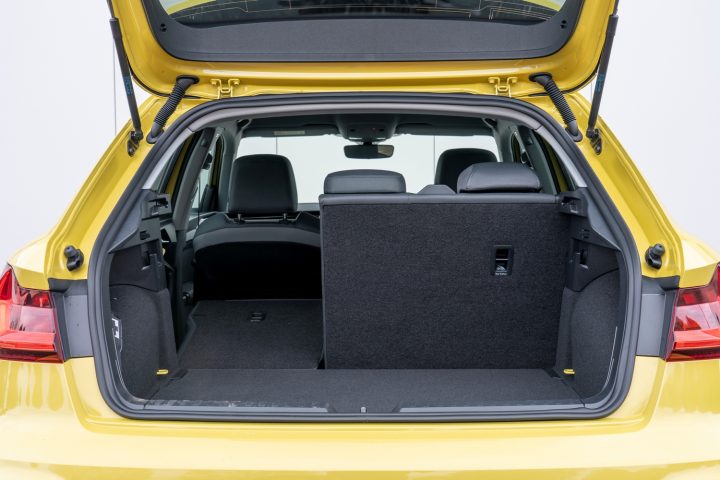 Despite its taller ride height there seemed to be no less in the way of sharp and predictable handling with very limited bodyroll during cornering either in urban or rural motoring conditions. There was ample grip during cornering despite it only being driven by the front wheels.

The raised ride height also gave better visibility in and around urban traffic and the hatchback’s boxy design with large side windows also gave good rear quarter visibility which made parking easier especially with the sensors and rear view camera.

The 1.0-litre 3-cylinder TFSI EU6.2 compliant turbo petrol unit is well used throughout the Volkswagen Group of many brands. It’s a ‘gutsy and smooth little performer with 116bhp even allowing for the 200Nm of torque to be developed at a relatively high 2,000rpm level for a modern day turbo petrol engine. There was plenty of engine flexibility and fuss-free response at lower crawling speeds. 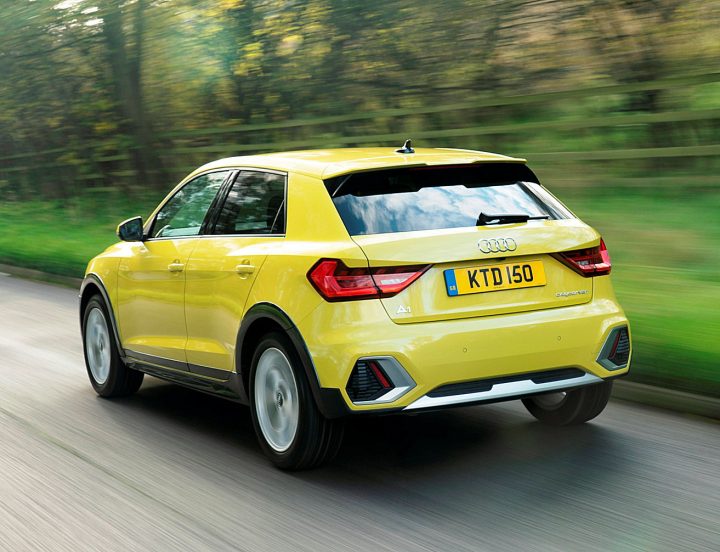 It might be classed as an urban SUV but it was no slouch or lacking in usable performance for open road driving and motorway cruising.  Top speed and the zero to 62mph acceleration time is all perfectly acceptable.  Matched with the 7-speed auto gearbox whether it was urban jungle or open road driving the engine worked well in harmony with the easy driving automatic.

Against: Too expensive compared to the A1 Sportback model with the same engine, transmission and comparable spec, too many extra cost options some of which should be standard fit, no 4WD option, hard plastic interior trim, contrived model name, ungenerous warranty.