With green shoots of COVID recovery clearly visible throughout the UK and unusually balmy spring weather abounding, the motor racing calendar started with a bang at Castle Combe on Saturday when the Racing Club organised a well-supported Media and Track Day for competitors in the club’s 2022 races and championships, writes Ken Davies.

Remarkably, given the Wiltshire circuit’s distinguished 72-year history, this was the first time that this sort of publicity event had been arranged to preview championship competitors to the national motorsport Press. 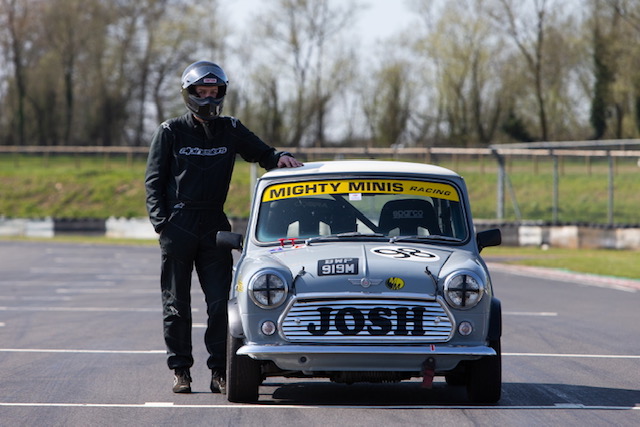 The day also provided a great opportunity for club members to track-test cars before the white-hot-heat of competition kicks-off in earnest with Howard’s Day, the circuit’s season opening race meeting on Easter Monday, named in honour of the circuit’s late owner – and saviour – Welshman Howard Strawford, a former genial chairman of Swansea Motor Club.

Cars representing Castle Combe Racing Club’s four resident championships ran on track during the busy day, arranged in four 15-minute sessions each running 6 times between 9am and 4pm. Saloons, GTs, Formula Fords and Hot Hatches which included a few Mighty Minis (above) joining CCRC’s portfolio of races for the first time this year although they have been ‘guesting’ at the circuit’s races for many years. 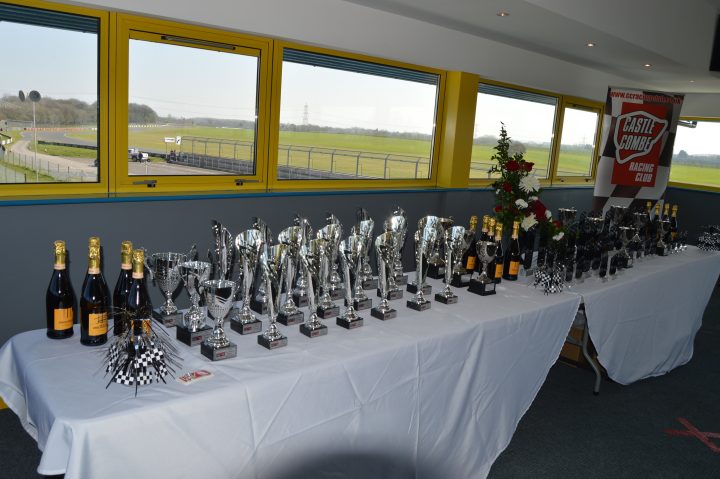 Anniversaries being celebrated at Combe this year include the Circuit’s 72ndbirthday, 70 years sponsorship from Avon, 60 years since a BMC racing Mini first raced at the circuit, 54 years of the Formula Ford, 47 years of the GT and 27 years of the Saloon Car Championships. A popular Hot Hatch series was added 5 years ago and has proved a great success with its low-cost and competitive racing format. This year commemorates 40-years since the great Ayrton Senna won a FF2000 race at the circuit in the works Van Diemen RF82, prior to winning three F1 Championships. 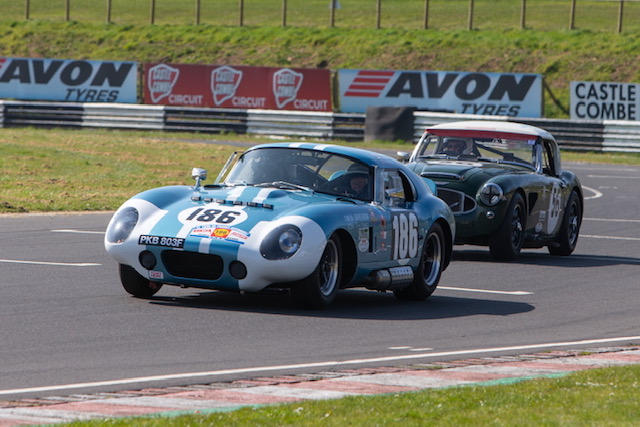 The 2022 season also sees Castle Combe Racing Club strengthen links with the prestigious historic racing series GT & Sports Car Cup, a four-event endurance-racing style series for cars that competed in the golden 1950s/60s era of international racing, pitching iconic Sports & GT cars including AC Cobra, Jaguar E Type, Healey 3000, Lotus Elite, MGB against one another in a multiclass one or two-driver pit-stop format. The GTSCC will provide the feature 90-minute race at this year’s Autumn Classic meeting which has its 10thanniversary in September. 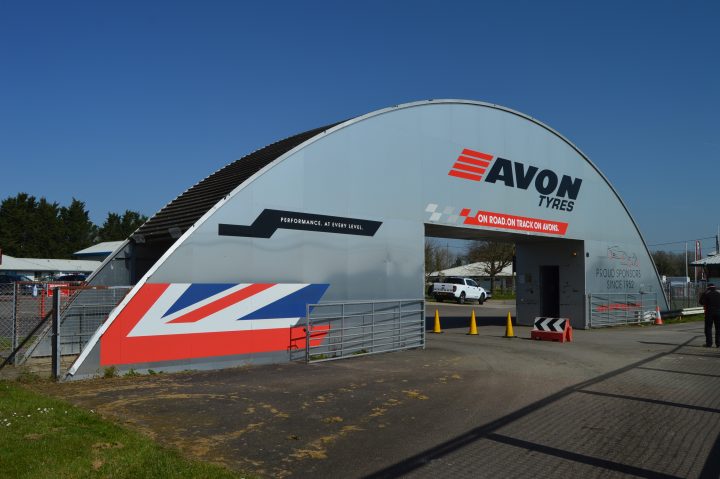