You are here: Home / Featured / Renting a Fiat 500 in the Costa Blanca 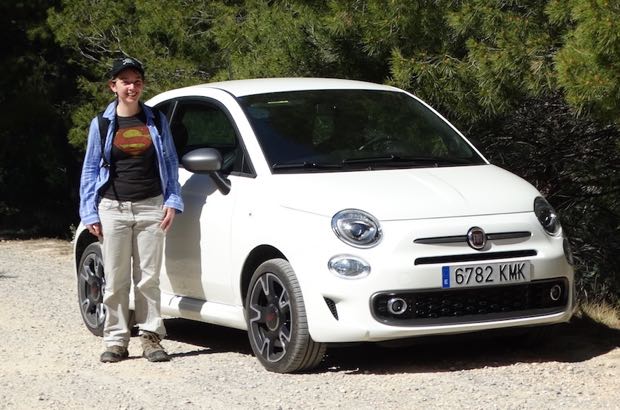 When I decided to visit Sella, a small village near Benidorm in Spain, my first thought was to take a taxi, said Rachel Henson.

Being driven to the village would mean not having to worry about parking, driving on the other side of the road, or looking after somebody else’s car for a week.

As my research progressed, it became clear that renting a car between four people would actually be more cost effective, and open up possibilities to visit places that aren’t easy to get to using public transport.

Renting a car can feel like navigating a maze. There are so many choices to make. What sort of car do I need? Which company should I go for? What sort of insurance package do I actually need, and which optional extras are just novel ways to extort money from my ever-dwindling stash of Euros?

Even though I had booked everything in advance, I still doubted myself at the rental desk when the attendant suggested a pricey upgrade after peering at our luggage and pointing out that “it really is a very small car”.

After trawling the price comparison sites, I decided to hire a compact Fiat 500 through Europcar. They weren’t the cheapest option but gave me more peace of mind than some of the others, especially having made the mistake of reading the various company reviews online.

As much as I wanted the novelty value of saying I’d gone with Amigo Autos, I decided to stick with one of the big brands I’d had experience with elsewhere.

One of the things I dread about renting a vehicle is the hard-sell for snazzy insurance packages at the desk. The sales person tried to sell me one of the more advanced packages, which would reduce the amount of excess I owed in the event of a claim, and insure extras such as tyres and windscreen damage.

The rental price included only the most basic mandatory cover for collision damage and theft, but I managed to take out independent insurance from Questor before I left the UK.

It cost me only £15, a substantial amount less than the various packages I was offered when picking up the keys, and covered everything that the Premium package offered, plus excess cover (the excess for my rental was £776.47), for the duration of the trip.

Although there were cheaper rental quotes for similar cars from other companies, it’s worth bearing in mind that some put a huge hold on your credit card as a deposit.

Some companies offer a brilliant deal of only £16 to hire the car for a week, but in several cases the small print states their deposit is over £1000, as are their damage and theft excesses. 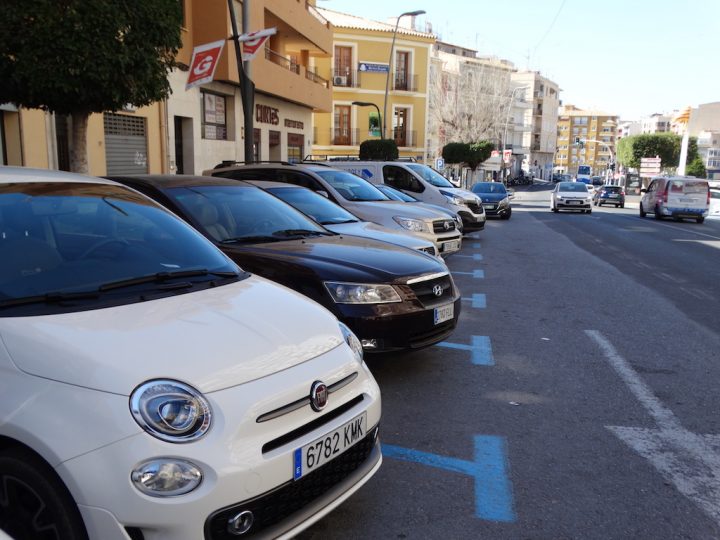 I chose a more expensive company which charged £80 for the car rental with a lower deposit of £300 and no hidden extras. My credit card wouldn’t be able to cope with the higher amount without some negotiating with the bank, and even though I had no intention of damaging the car, it worried me to think of putting down such a large deposit.

I hadn’t expected the Fiat 500 to be roomy, and it wasn’t. In retrospect perhaps I should have splashed out on a more sensible sized vehicle, but I have a particular liking for tiny vehicles, and saving money on sensible things which can later be spent on tapas and wine.

Four people with their hand luggage was possible, but only after multiple rearrangements of the boot space. It’s also very fortunate that my passengers had reasonably short legs, or it would have been an impossible task. That said, when driving without luggage there was ample space for us all.

Travelling with a full car also made it a struggle on some of the steeper mountain roads. Driving downhill was fine, but the little car felt strained on several occasions, and made its way uphill more on will-power than horse power.

Being tiny, parking was easy, even when trying to get it up onto the pavement in Sella to wedge it between a recycling bin and another vehicle, as is apparently the way in the narrow streets.

One negative point was that for such a small vehicle its windscreen pillars felt quite substantial, creating blind spots that were noticeable on the unfamiliar roads. I was grateful that it automatically turns off the headlights when you park up and turn off the ignition.

This prevented me from having a flat battery after using the lights whilst driving through a long tunnel shortly after picking it up from the airport, and promptly forgetting about them. The sinking, questioning, feeling appeared as I returned to the car the following morning: Did I turn off the lights when I parked up? I hadn’t, but thankfully the car had it covered.

I found the prospect of returning the car more stressful than the actual process of returning it. Would they charge me for damage that is or isn’t there, and how would I prove my innocence? Would they present me with a cleaning bill due to the fine coating of Valencian dust?

In the end I need not have worried. The gentleman signed us off on return to the airport, with seemingly no regard for damaging the car himself. He flung open the driver’s door, hitting the car next to it whilst I looked on and winced.

Despite my concerns it was worth hiring a car for the week, and the extra time spent researching insurance packages and comparing rental companies helped me to get the best deal. 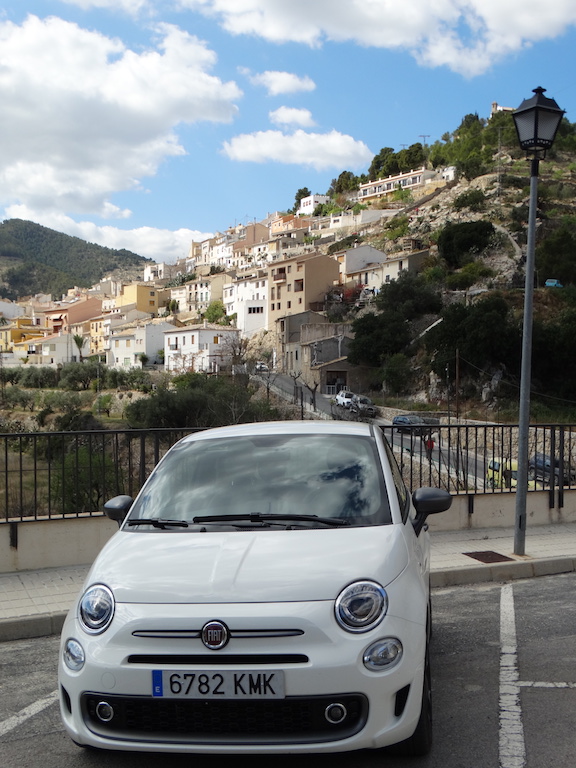 The little Fiat hauled us half-way up a mountain, allowing us to realistically reach the top of El Divino on foot. It also allowed us to visit a Lebanese restaurant a few miles outside the village, which served enormous portions of delicious rice and vegetables, and baklava that I wouldn’t have wanted to miss. It took us to a beach so I could find out first hand that the Mediterranean Sea is not warm in March and, importantly for me, it allowed us to reach Rio Safari Elche, a wildlife park which although only fifteen minutes from the airport has no public transport links. It was there that I managed to catch up with some old friends that I hadn’t seen for several years.

I managed to transport four people and their luggage to where they needed to get to, whilst keeping the cost of the hire car and insurance to below £100 for the week’s holiday, which was definitely worth it.